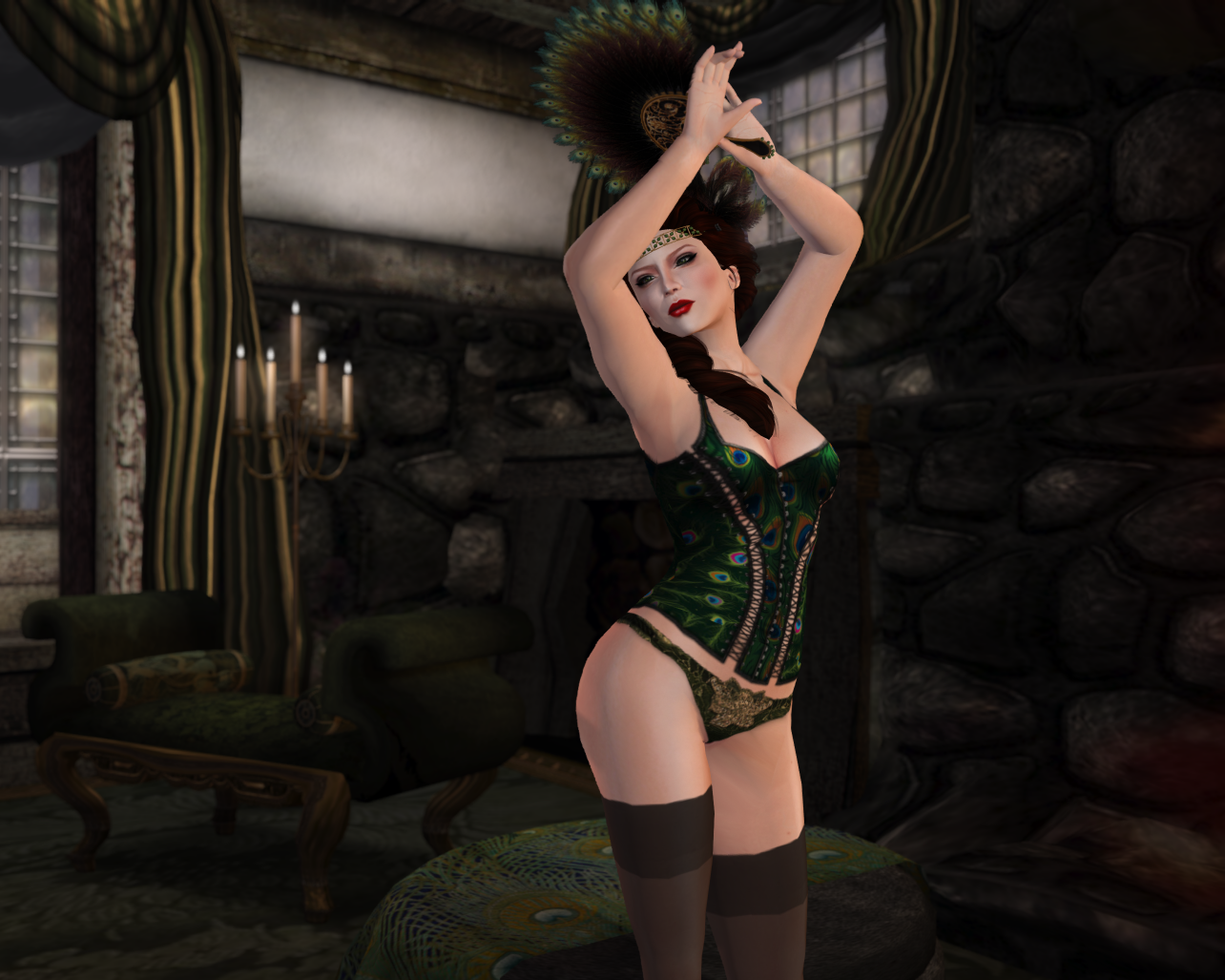 As always with the Plastik, the Veritas tops come in a wide range of patterns, suiting many moods and styles. I decided to wear it more like a corset top, with underwear and stockings, but you could easily pair it with pants or a skirt for a less lingerie-like look. 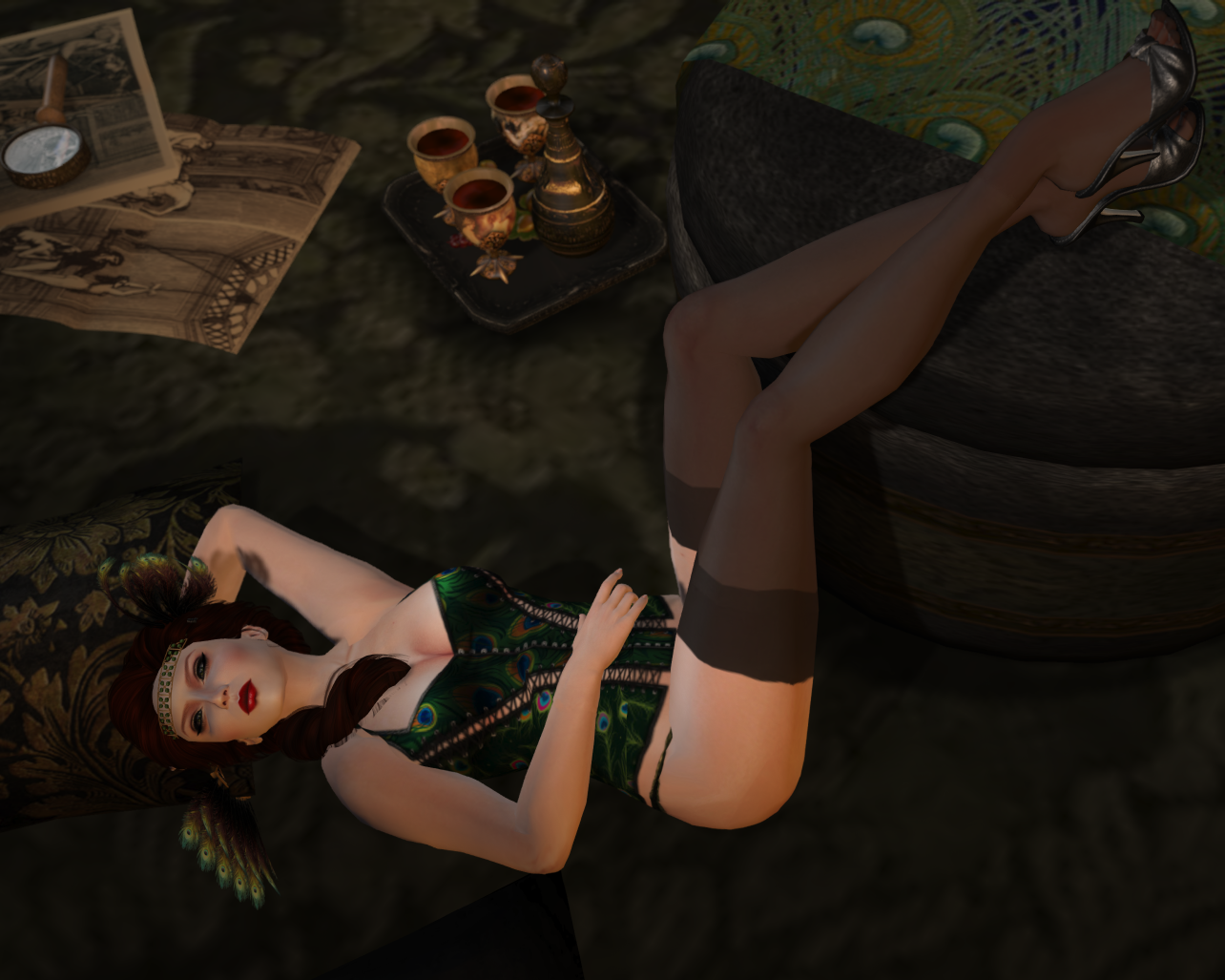 The Opium Mules from lassitude & ennui come with and without pompoms and they are one in a row of designs now being released for the Slink feet. Such a clever idea by Siddean Munro and I am glad to see so many shoe designers make use of it; it really makes for a fast setup.

The stockings from Adam n Eve are also made for the Slink feet, with a hud to texture up the feet to match the leg. 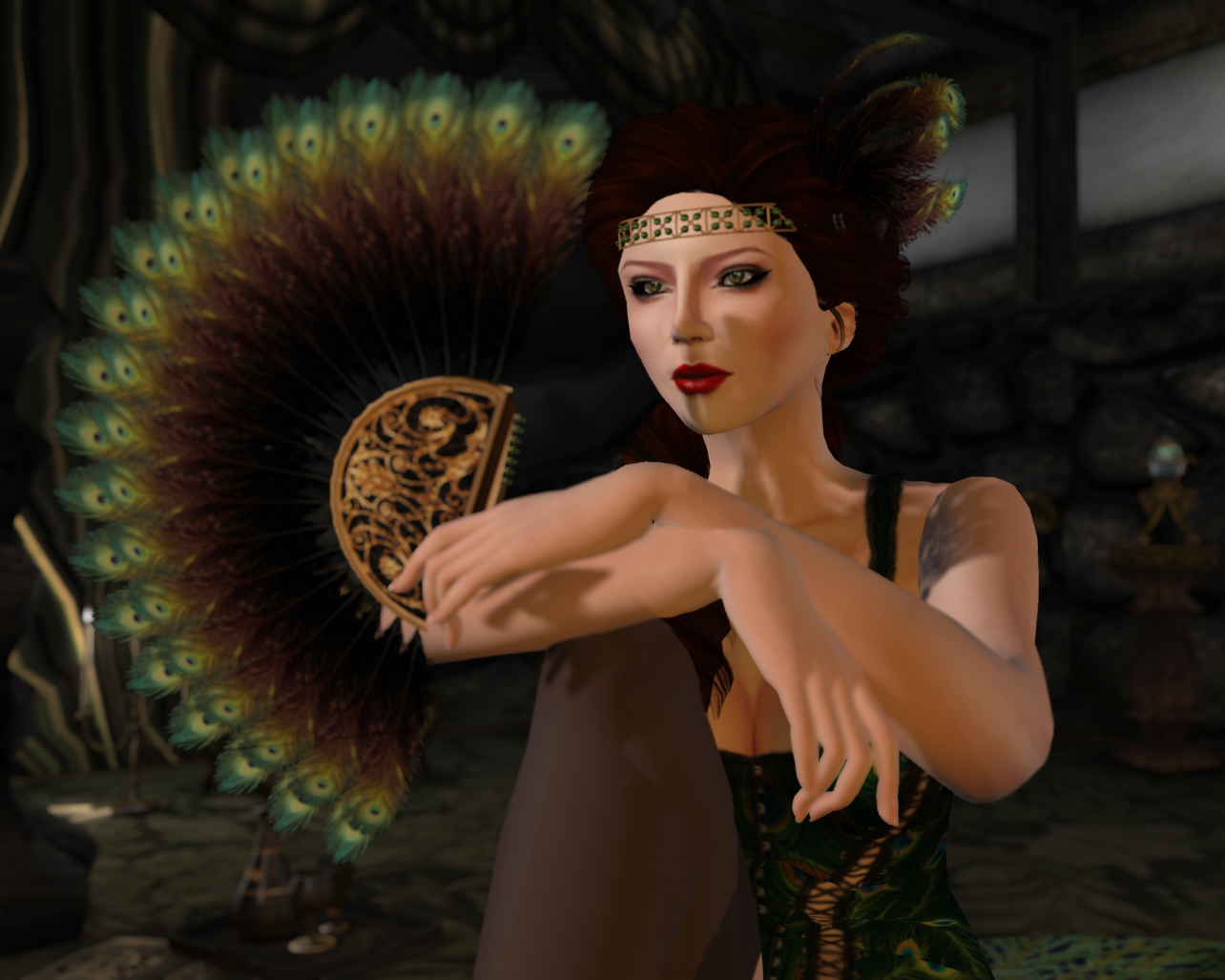 The gorgeous headband and fat set from Volstead are from the 20’s inspired round for Collabor88’s birthday. A sleeker, flapper-style hair would perhaps work better, but I rather liked combining it with Slink’s Constance updo, released at this year’s Hair Fair.

The furniture and the two latter poses belong to the sumptuous Libertine set by Alia Baroque whereas the first pose is from Exposeur, also for Collabor88.