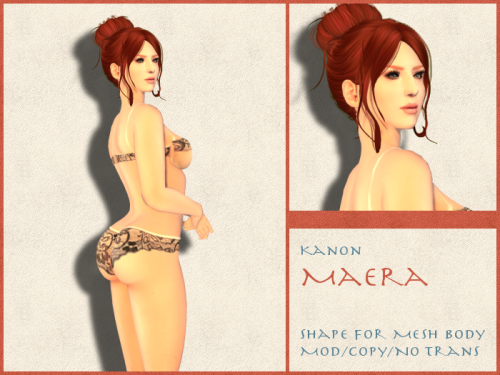 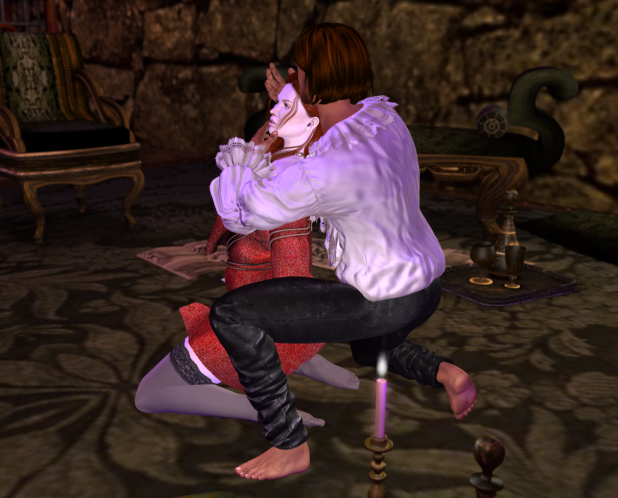 I am not sure which is the cosiest and laziest day of the year for me, Christmas Day or New Year’s Day. Probably Christmas Day given all the leftovers available and the lingering food coma. Poking around in SL and taking some pretty pictures is about as intensive as things have gotten today. I wish I had a fireplace IRL to curl up in front, but I had to settle for enjoying it through my avatar. And while the Mangiafuoco Fireplace from Fantavatar & Moonstruck is pretty cool, I am not quite sure it would fit in my living room. ;)

HollyDays is a new release from deviousMind that you can pick up for L$50 per colour for Wanderlust Weekend. Very festive and with two options for the holly pasties, a covered and a peekabo version. The thigh highs from Luxuria match it nicely in colour and theme; these are available at the Arcade and also come as tights. The classic updo is the latest style from Wasabi, an unrigged alpha hair with options for bangs and streaks. 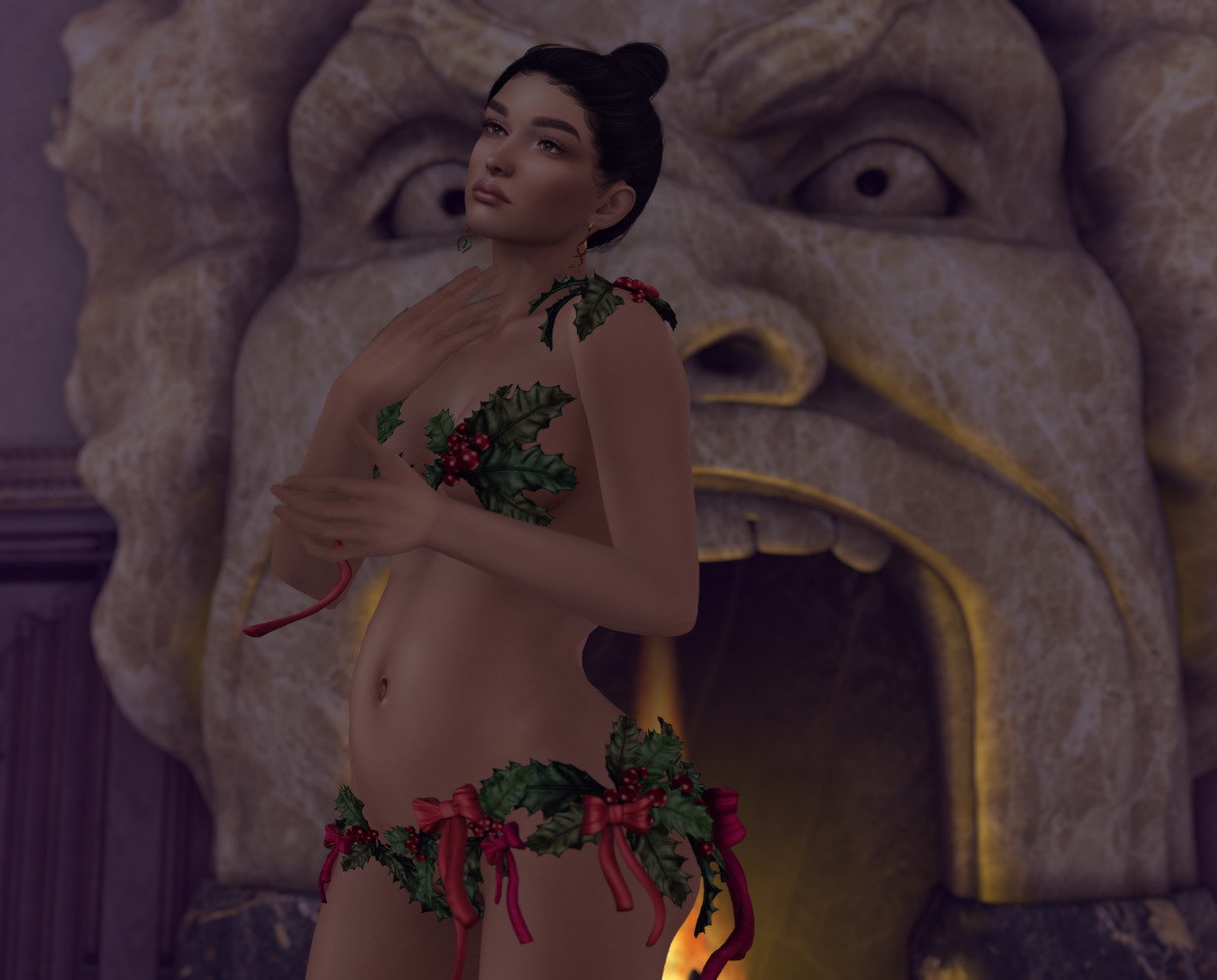 We brought the tree in today, though haven’t dressed it yet. Instead, I dressed my virtual tree today, setting up my little Christmas corner with various pieces from Libertine. I love the aesthetic of Libertine, especially the Christmas collection which really captures the feel of old-fashioned Christmas card. If I could have my Christmas looking like that IRL too, I’d love it. No modern minimalism for me. For this year, I picked up the dark and snowy foliage add-ons for some variety and also a few extra ornaments, both interactive and unscripted. The Christmas Collections have been rearranged following the ban on gachas and Alia has put up a detailed post about how they are now being sold.

I also decided to get a little holiday festive with a new dress for my Chai body and a pair of heels that make my feet hurt just from looking at them. But in Second Life they’re no problem and the red leather does look very nice. The Wasabi hair is the second of their styles from the Arcade, very sleek and elegant, and I am wearing the new gift head from LeLutka. 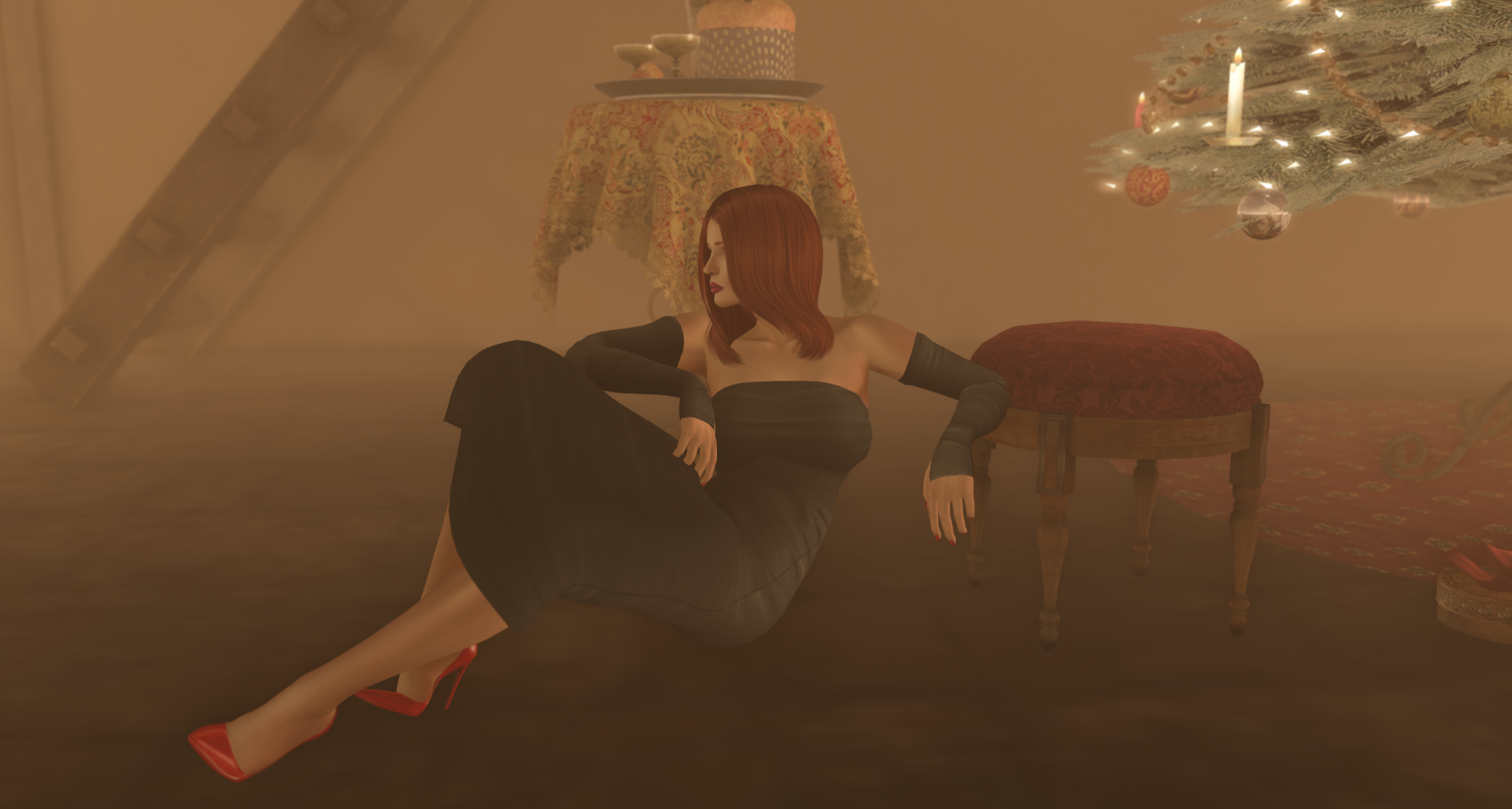 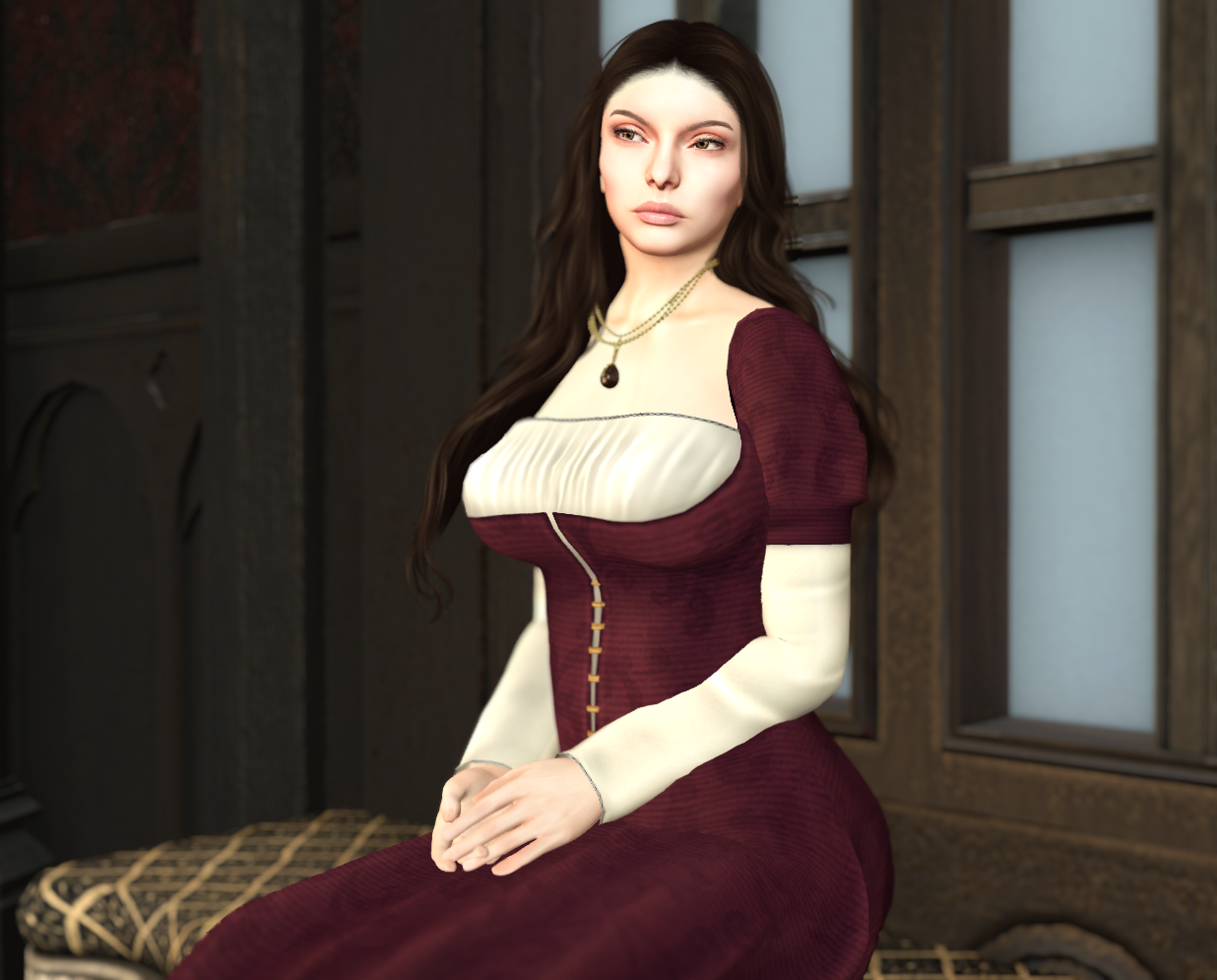 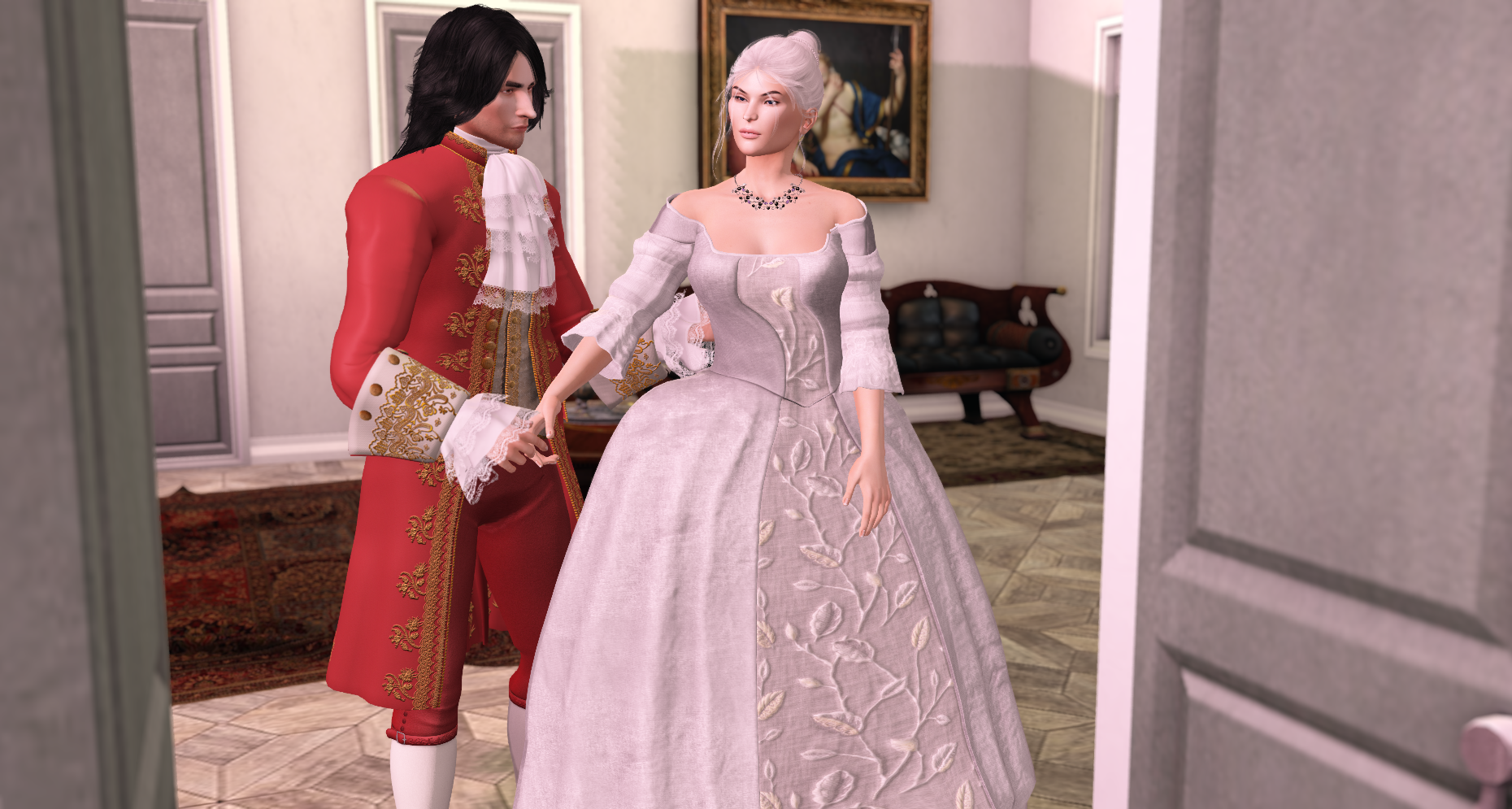 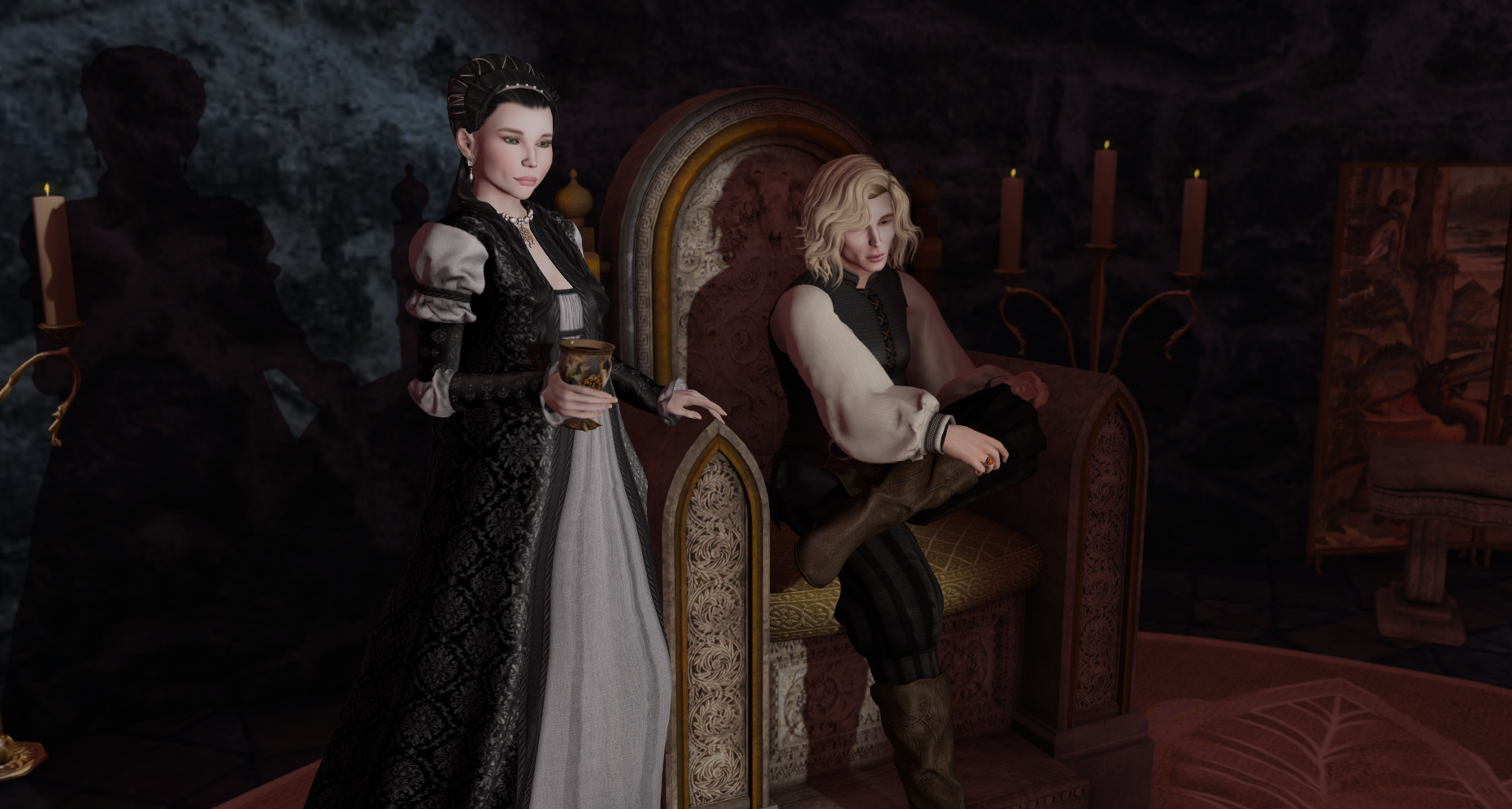 Carpe Noctem has a sweet set of five bento poses (with mirrors) at La vie en pose, each with a pre-positioned rose prop. I really liked the proportions of these poses, they worked very well with my avatar, which is not always the case. Arm length especially tends to be an issue but here it worked really well.

I definitely wanted to embrace the “boudoir” part of the name so I used the room where I have a selection of Libertine furnishings setup, including the Marquis set. Lounging on the floor among some pillows, candles and trays of wine and fruit seemed appropriately decadent. The strategically placed tray also allowed me to skip clothing while still keeping a little modesty. The beautiful Clarity style from Stealthic and features a lovely curl texture and a very natural fringe that effectively takes the place of a hairbase. It fits well on the LightStar Maya head, though the closeness of the fit does mean that there are some heads that it doesn’t work with, so make sure to demo. 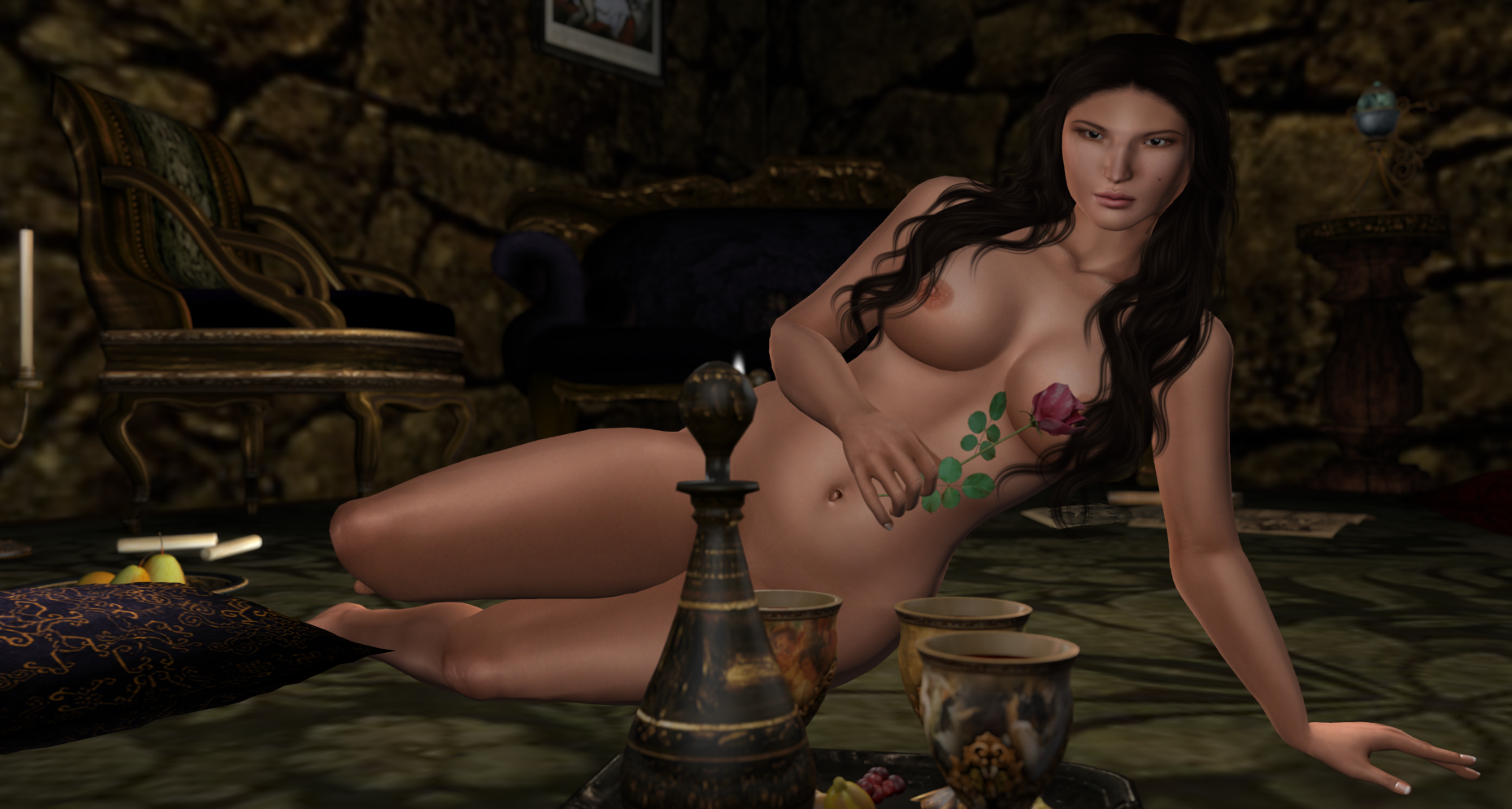 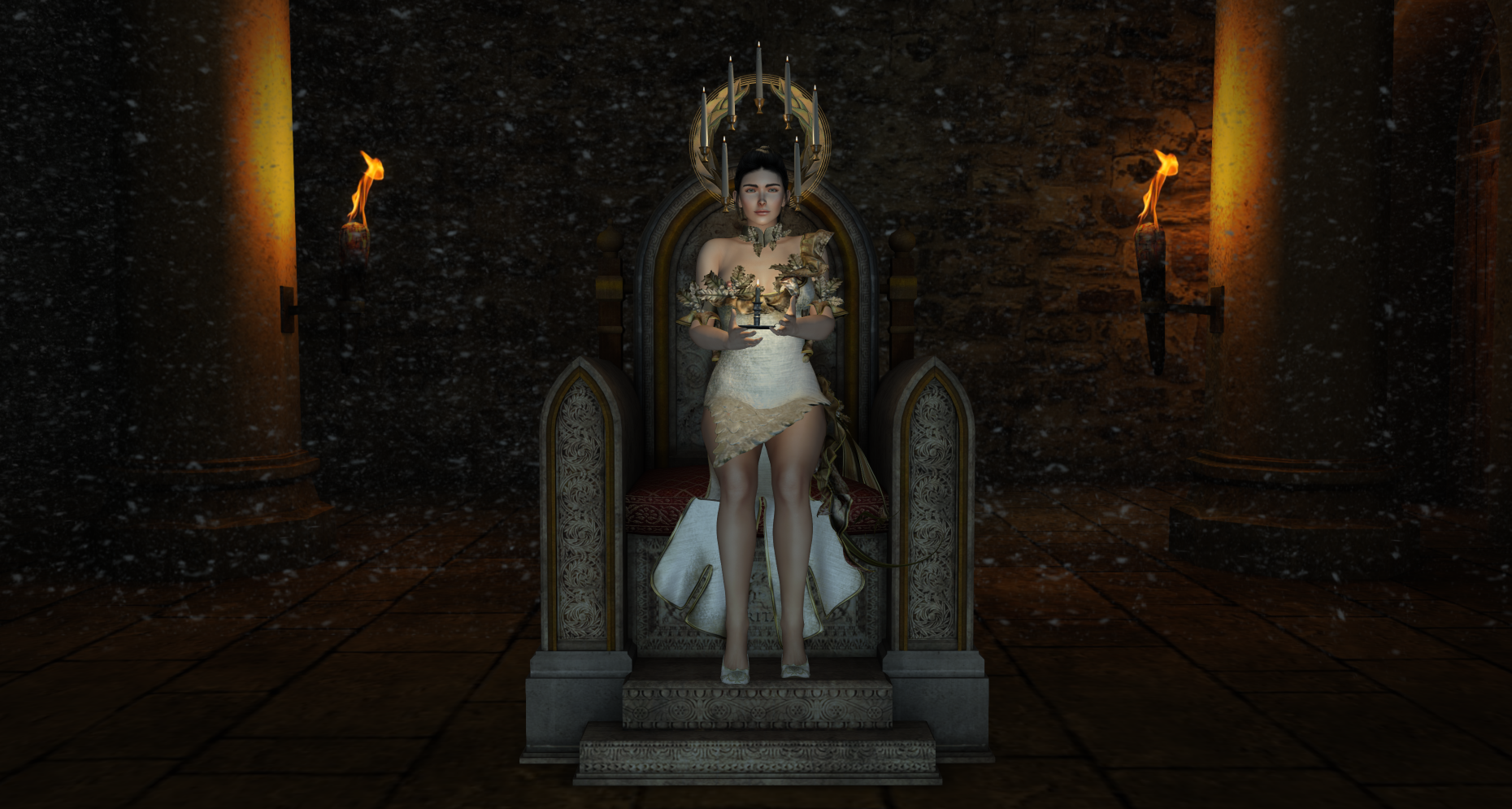 The blindfold is what really makes this set from Aleutia stand out and it created a very strong image in my head of how I wanted to show it. But it also needed the right pose and after some searching I found this languid pose from Serendipity which was just right for capturing a sense of abandon and hedonism. The peacock stockings from Luxuria adds a further touch of decadence. 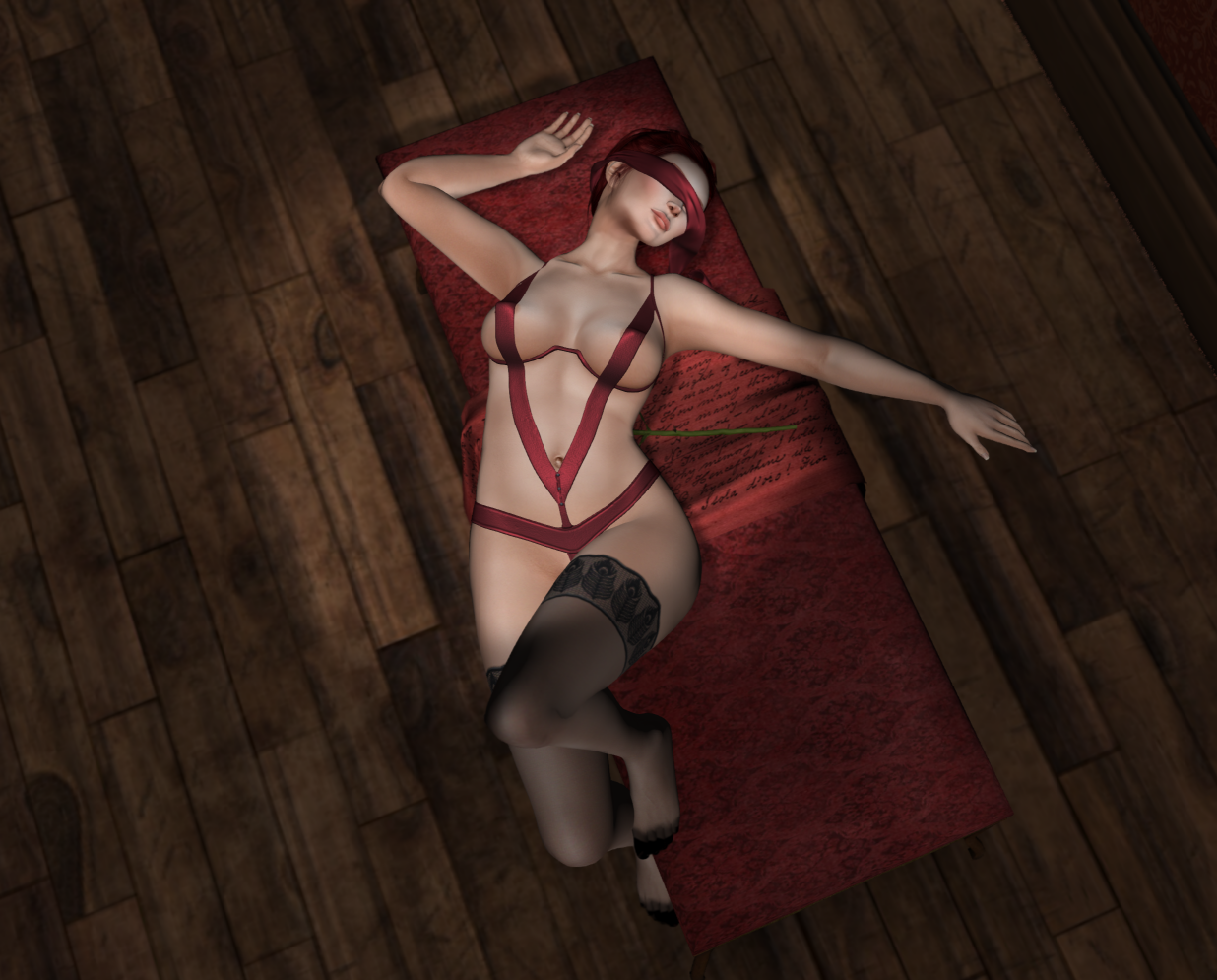 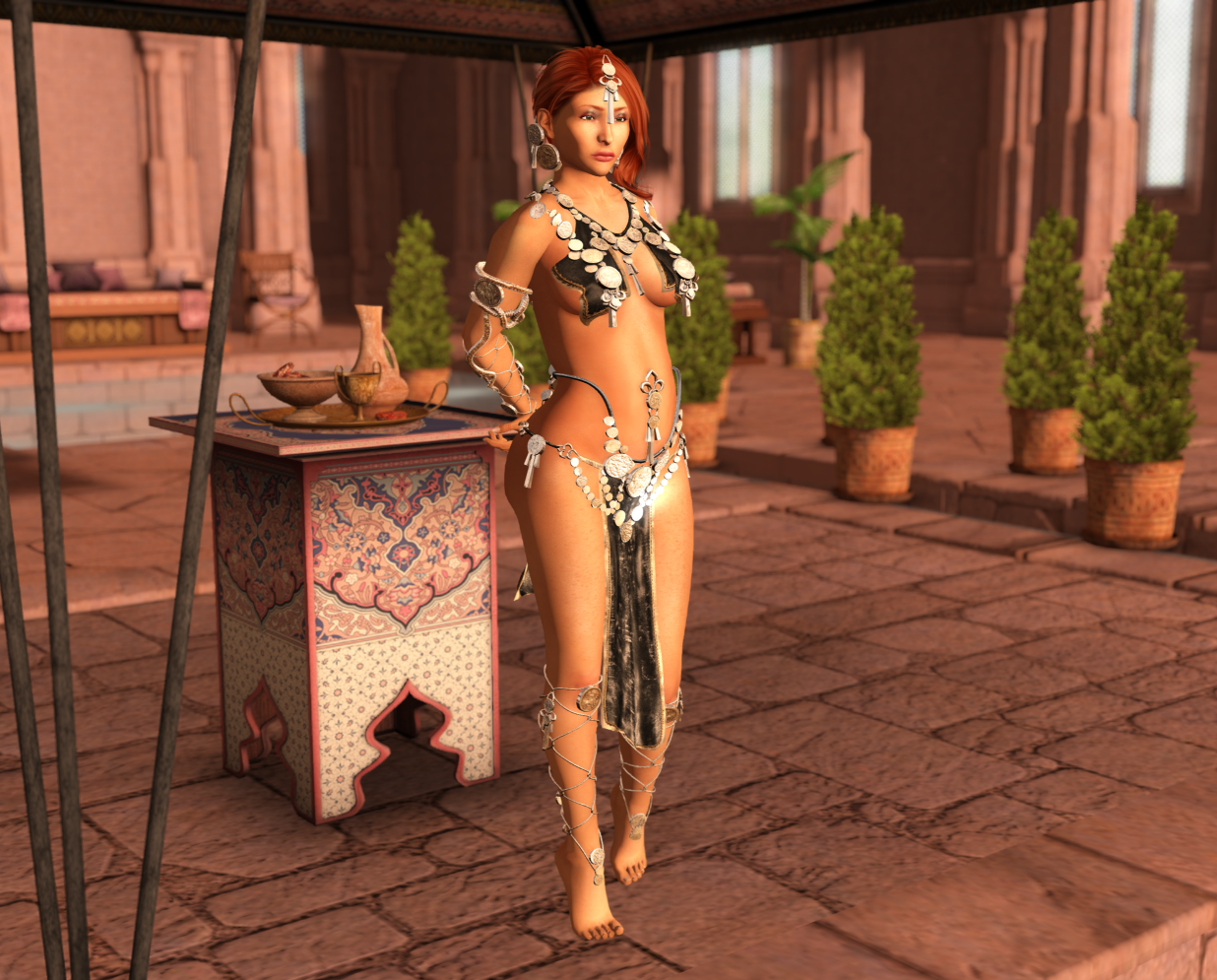 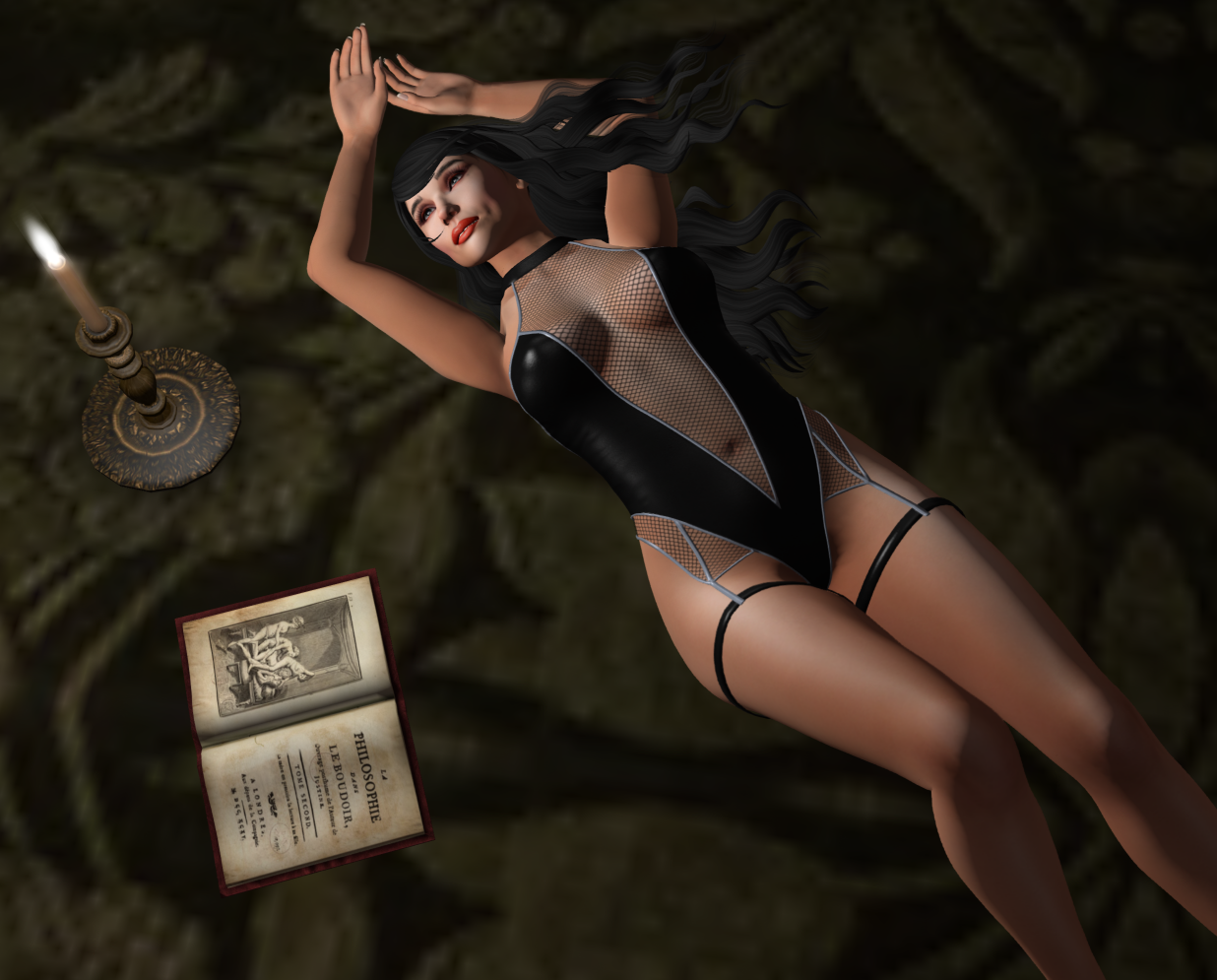 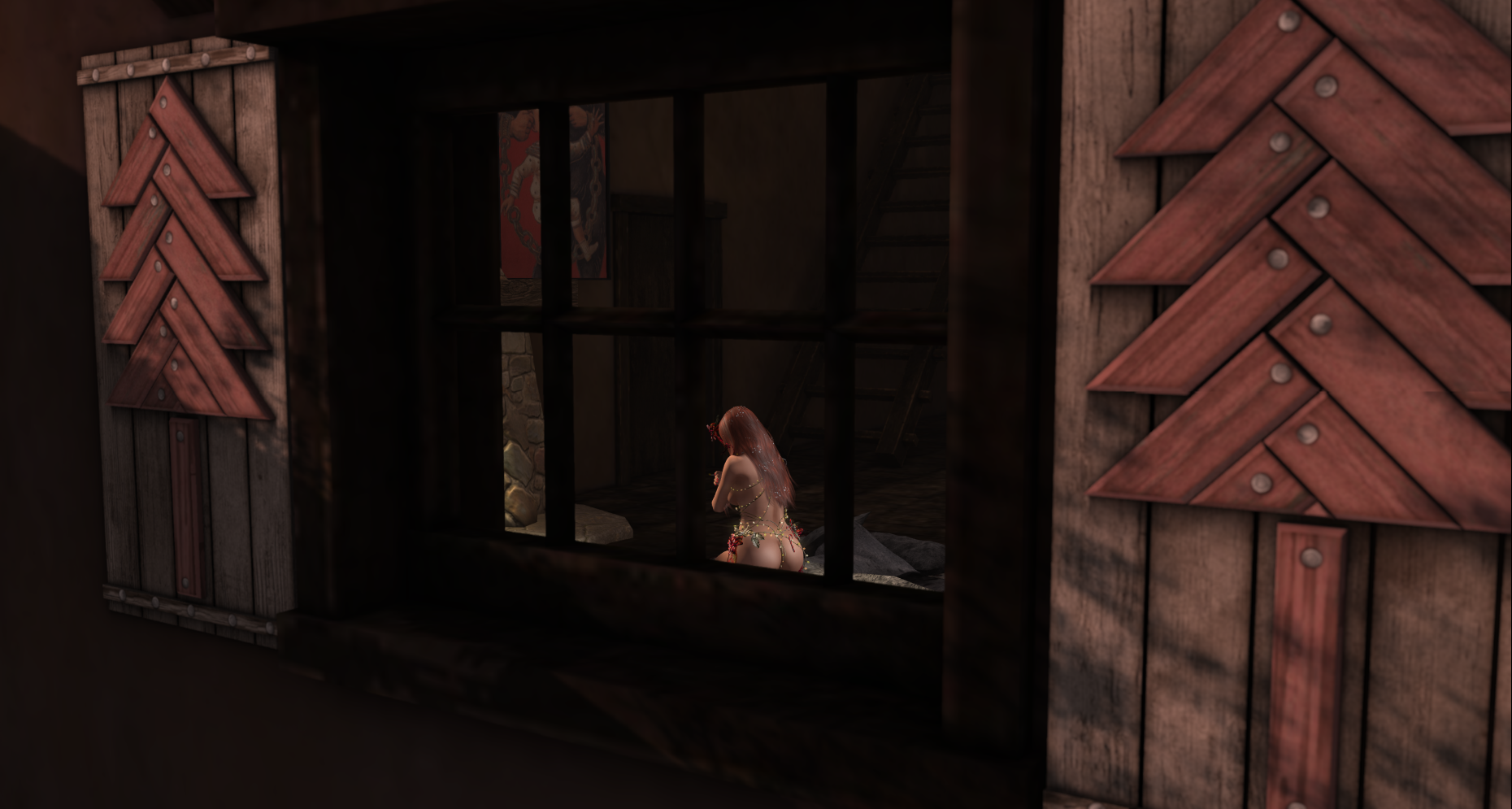 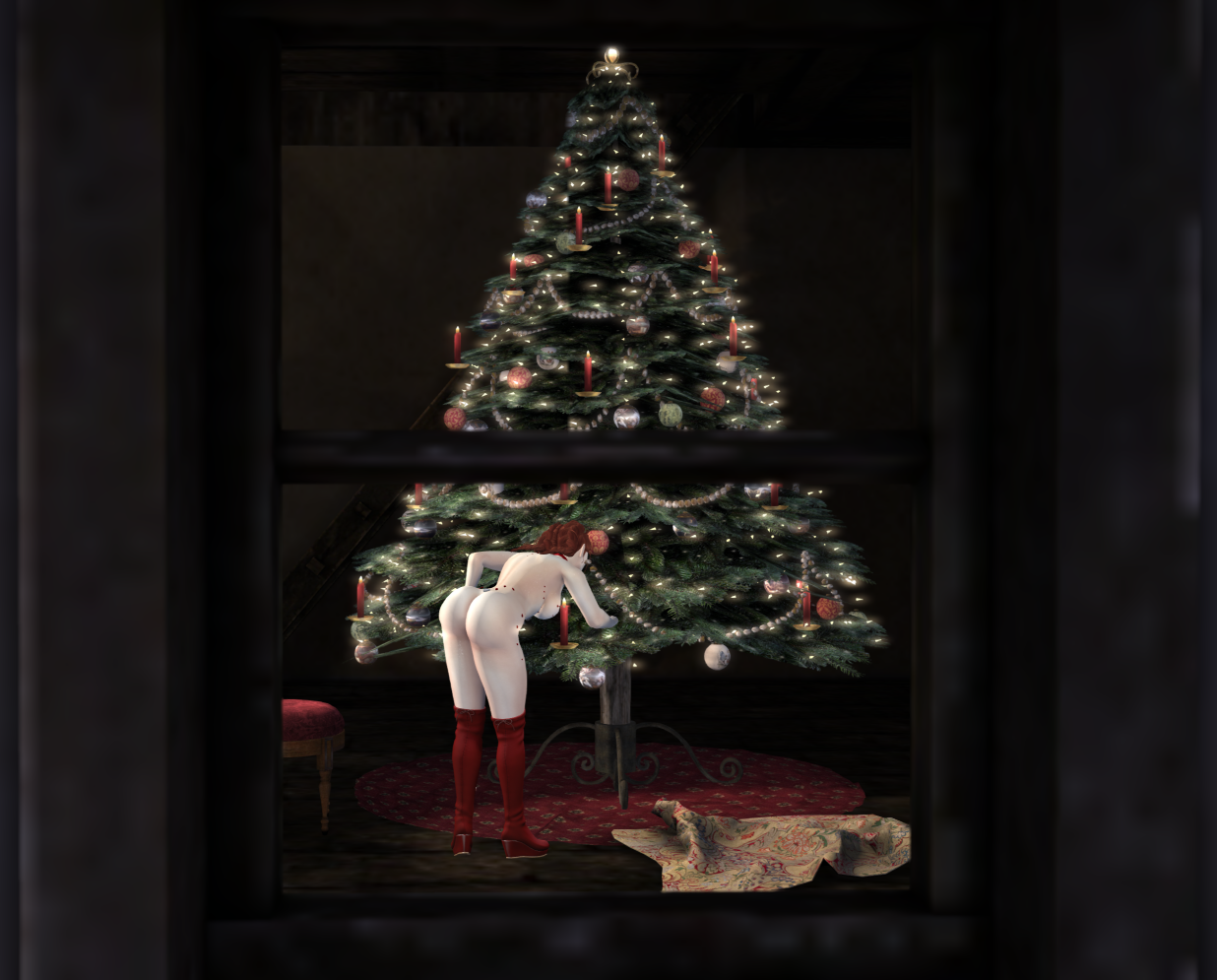 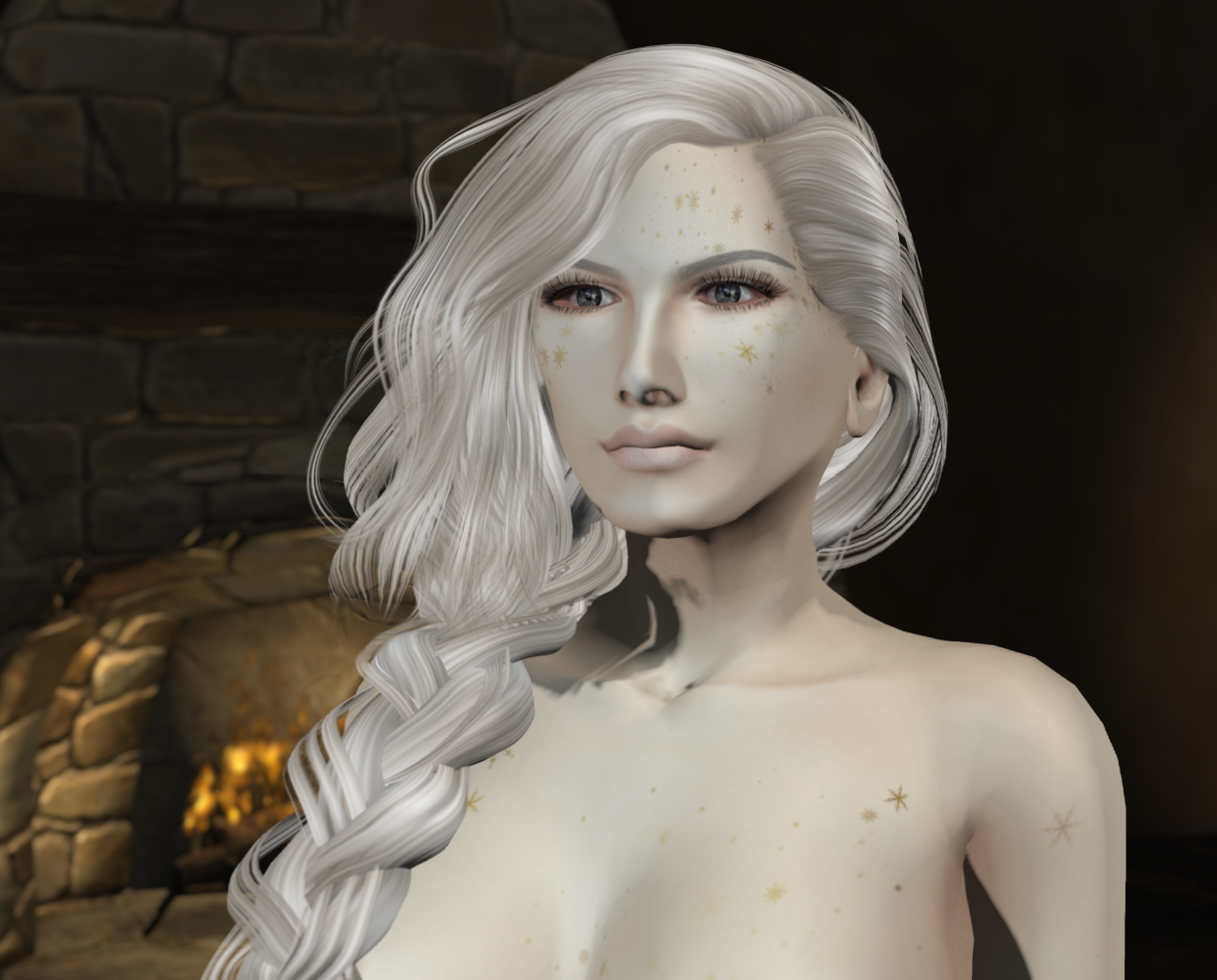 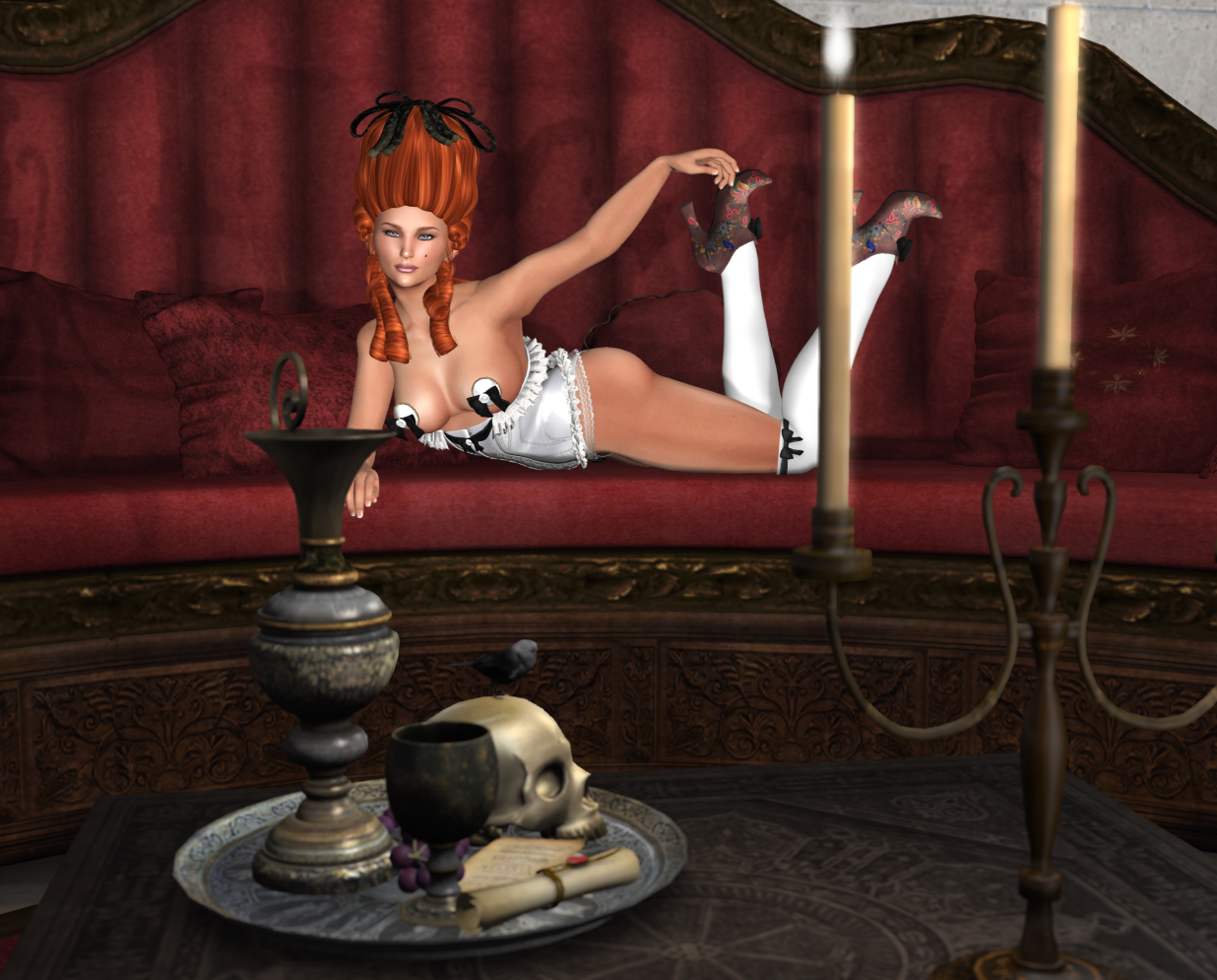