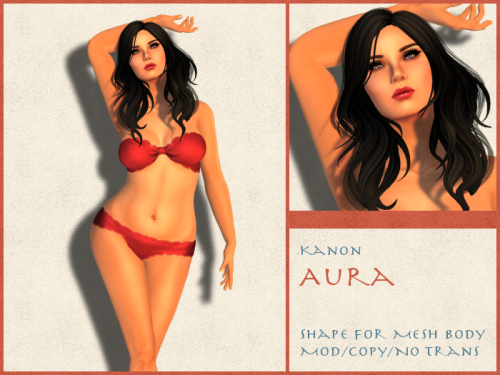 Zaara is participating in the current round of We Love Role-Play with the beautiful Umrao ensemble consisting of anarkali (dress), churidar (pants) and dupatta (scarf). For the first time, she’s offering both Maitreya and Legacy fits, including Petite and Perky versions. The colours and textures are impeccable (just look at the embroidery on the chest, such exquisite detail) and with the fatpack you are able to mix and match all the pieces in a variety of ways.

The Estrella skin by alaskametro is not new, but an updated version that also uses her updated skin tones will be available at the Skin Fair when it starts on the 11th (click here to learn how to get early access today). If you have already bought the skin, you can of course redeliver it to get the new version, you don’t have to buy it again. I really like the nose and the lips on this skin, they’re very nicely shaped. The Gel eyebrows are also from alaskametro and these are a Skin Fair exclusive. They include six colours (plus they are tintable) and both regular and EvoX fits.

Speaking of Skin Fair, I was hoping there’d be some interesting skins for the SLUV, but when I looked through the booths it was all EvoX among the new releases. I will need to give it a closer look, but it does seem like the market has become completely EvoX dominated. As someone who likes to use a variety of heads, its disheartening. 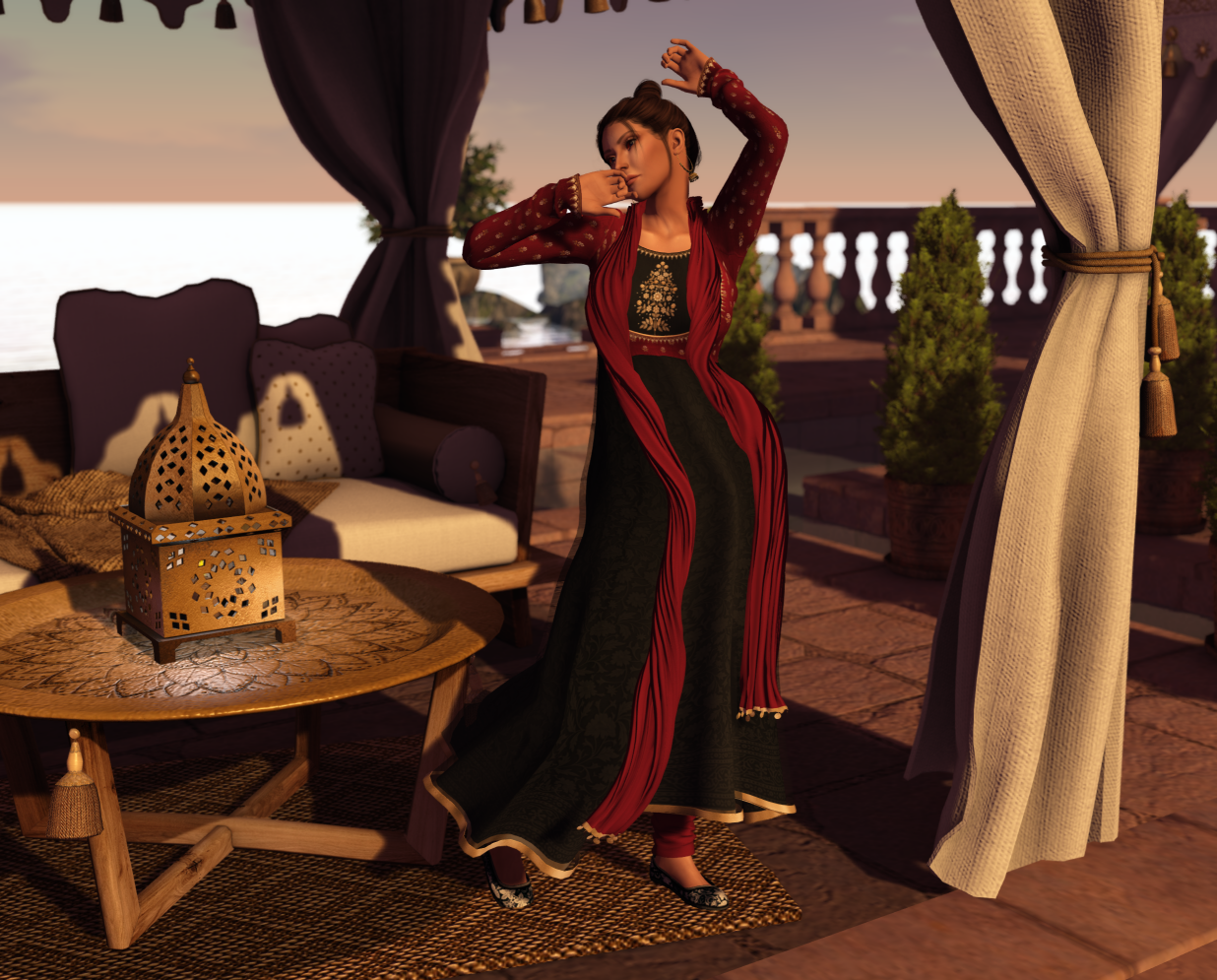 She had come to the ancient ruin, half-buried by the desert sands, to learn if the tales were true. Did a dragon of flesh and blood still roam the deep desert? The bones of such creatures, bleaches by the sun, were occasionally revealed by the shifting sands. But no man, or woman, had gazed upon a living beast for centuries.

The single pose “Hurt” from Be my Mannequin? immediately suggested to me someone looking upwards with a sense of wonder on their face. What an excellent opportunity to bring out our wyvern avatar from Prehistorica again! I had also had my eye on Zaara’s latest release and decided to appropriate it for a desert fantasy look, beautifully completed by the latest release from Stealthic, Lavish. The scene was set using the a sky landscape from Landscapes Unlimited and the Ruins kit from Fanatik. 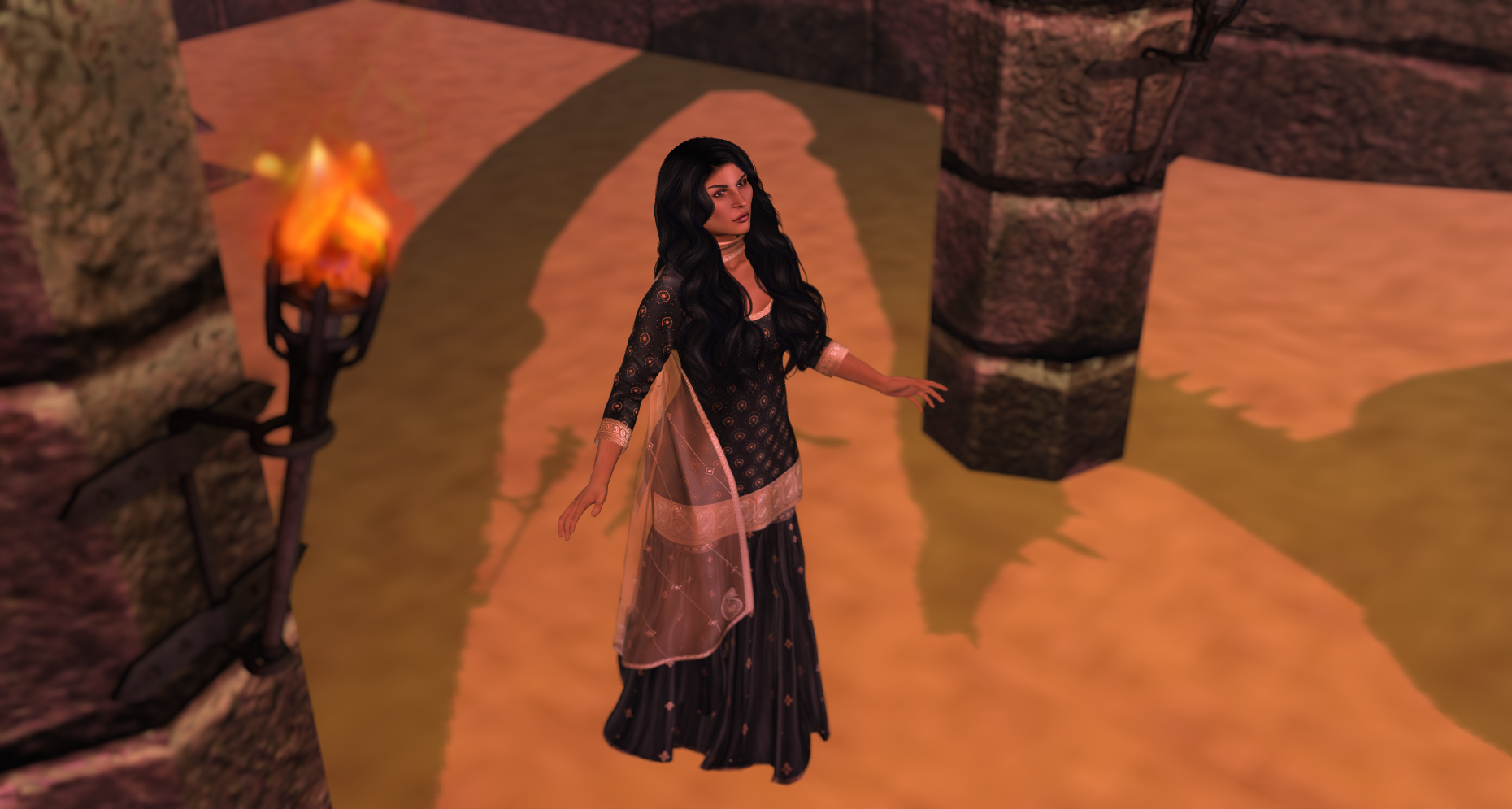 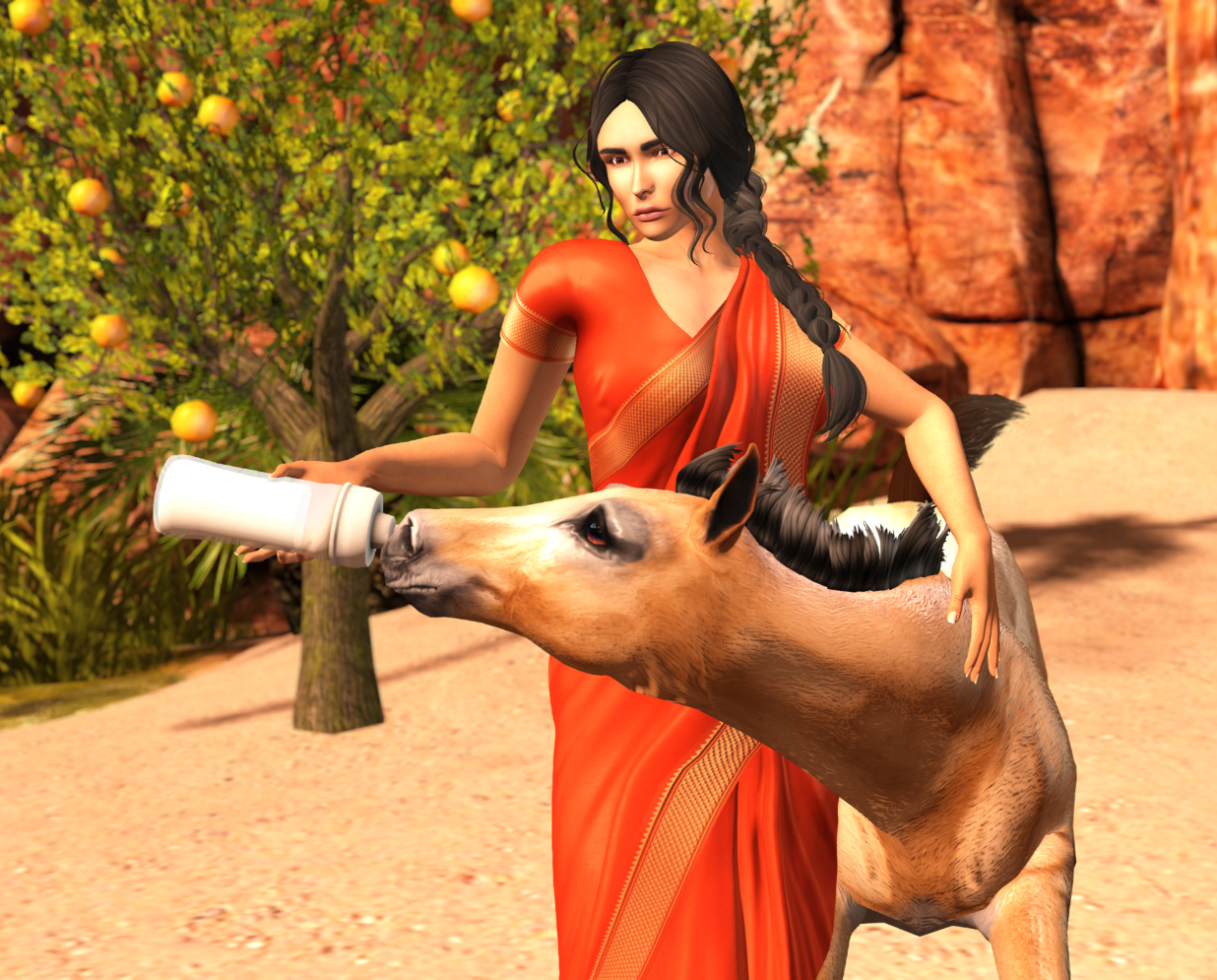 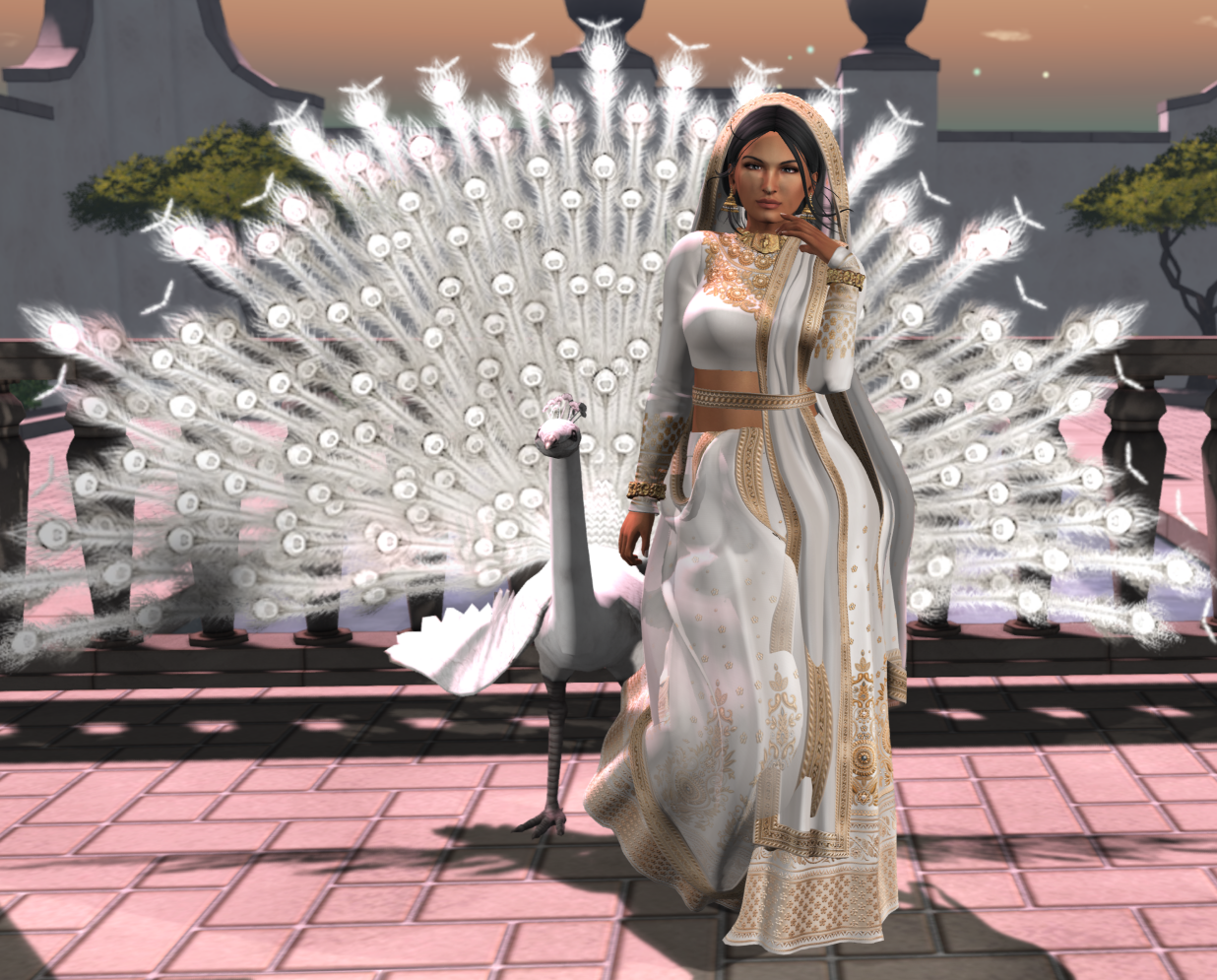 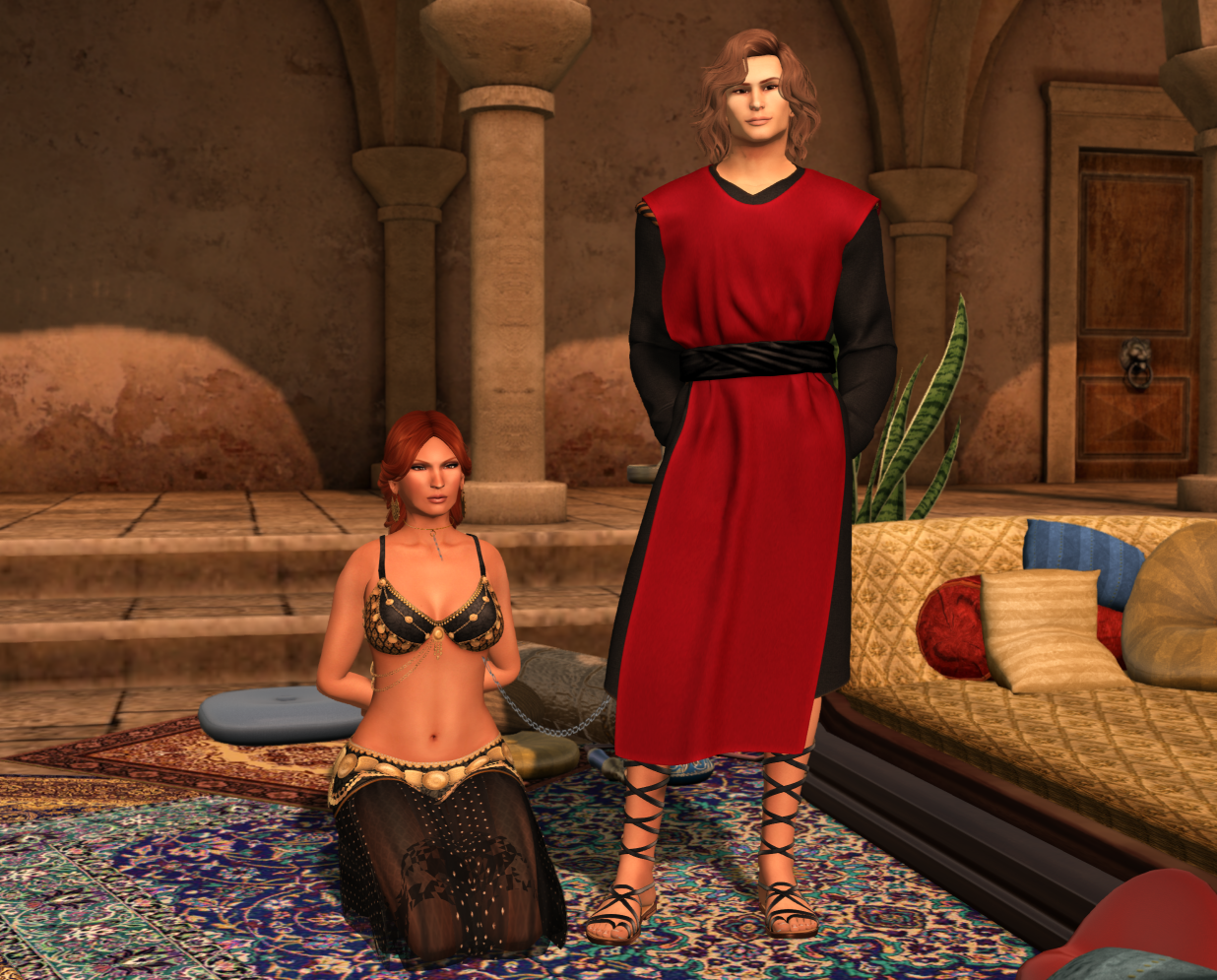 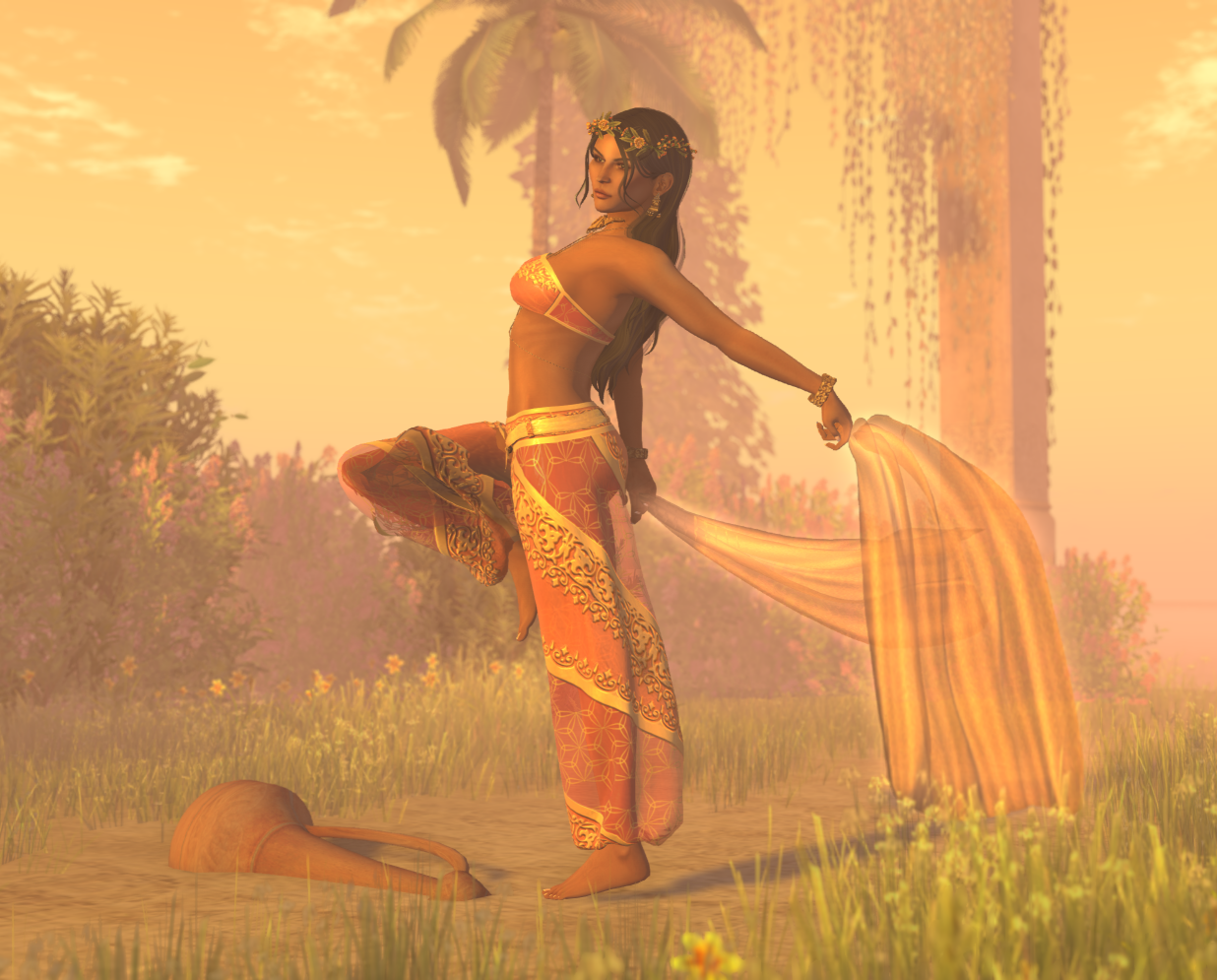 I’ve got some subtitling waiting for me, so this is a bit of a quickie with more photos than text for once. I returned to the Black Basalt Beach to take a series of shots of the latest release from Luxuria, the Nautical lingerie. It is available at the current round of the Liaison Collaborative. There are lots of great little photo spots on this sim and I found one setup that I thought was lovely for showing off this lingerie. 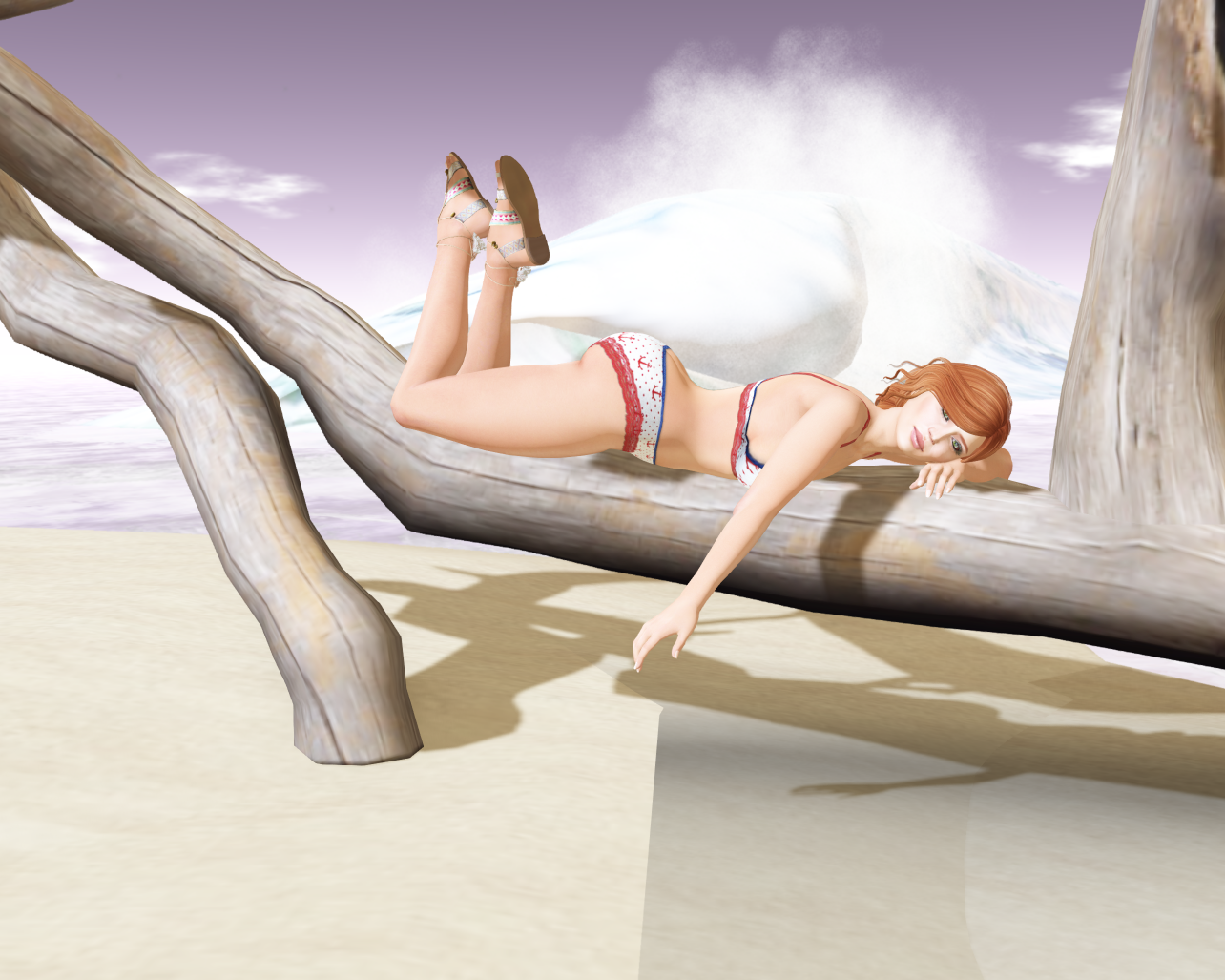 From medieval castles to the beautiful Black Basalt Beach and a distinctly more modern look. One Bad Pixel (now located in the same building as Slink), the collaboration between sachi Vixen of Adam n Eve and Siddean Munro of Slink, have just had a brand relaunch. With it comes updates to most of their previous products to fitted mesh for Slink Physique and Slink Physique Hourglass as well as a couple of new releases, made specifically for the Slink mesh bodies. The dress I am wearing is one of these new releases and while it may look a bit like I strolled down to the beach from a party, the sandals by Zaara definitely belong in this setting. 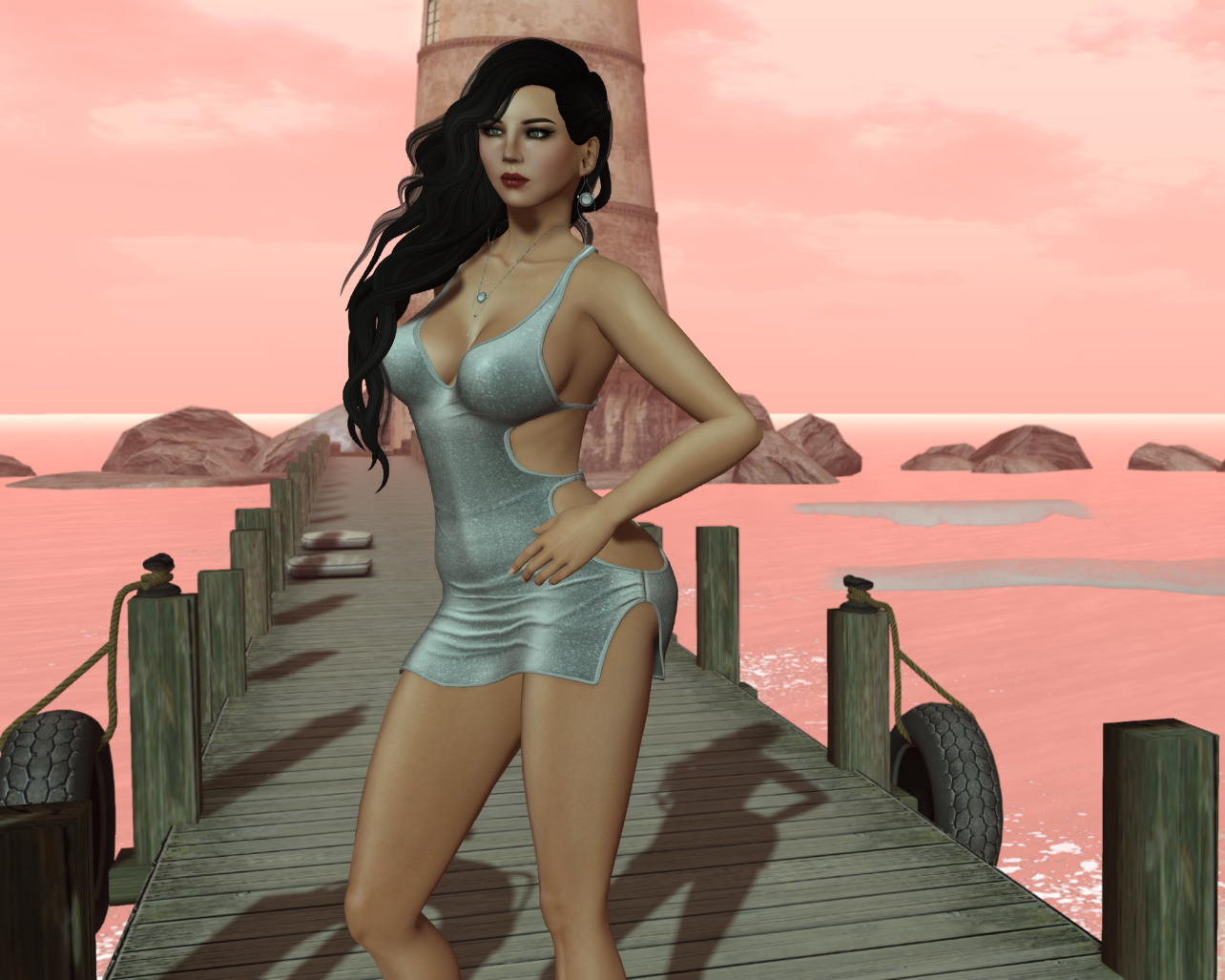 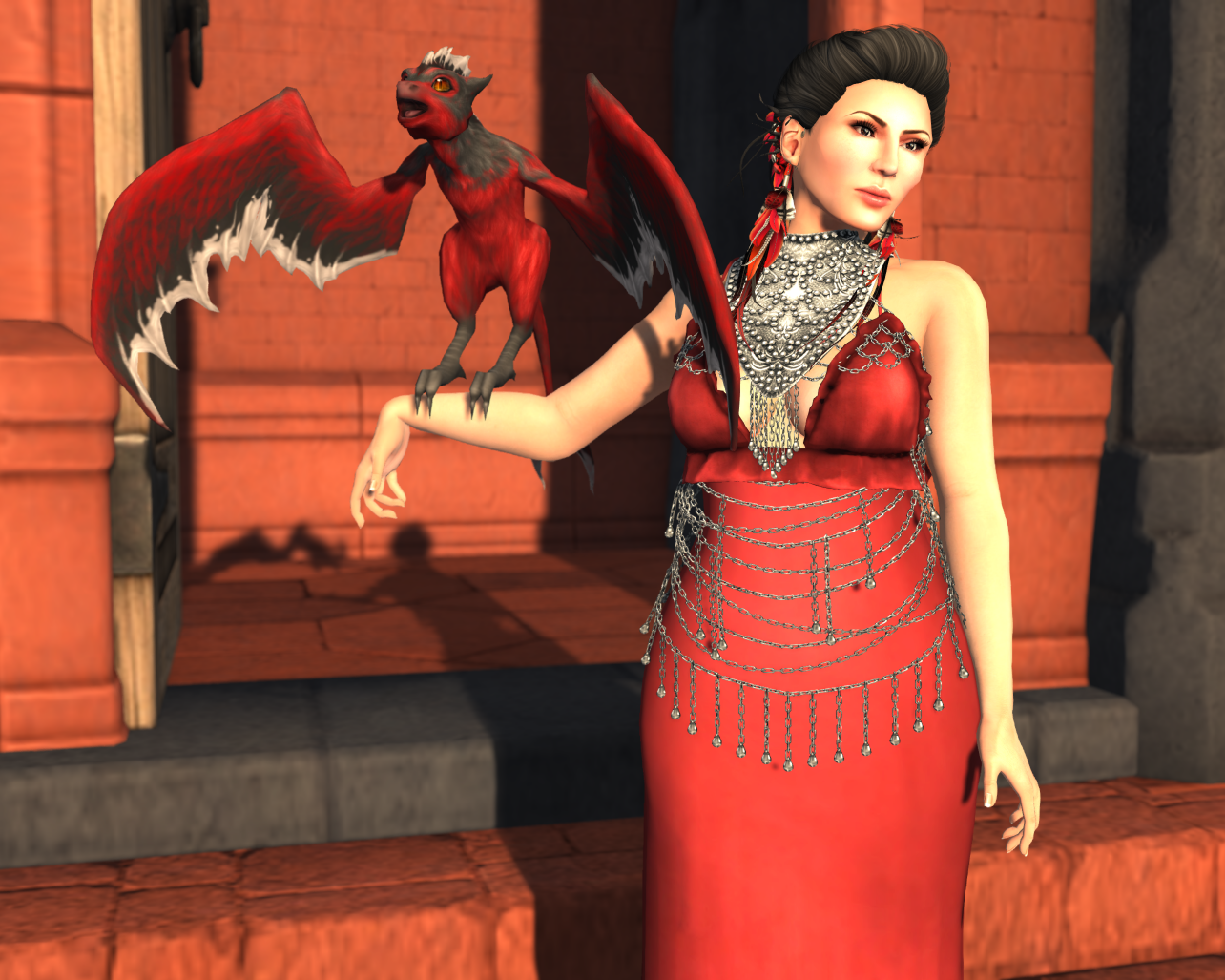 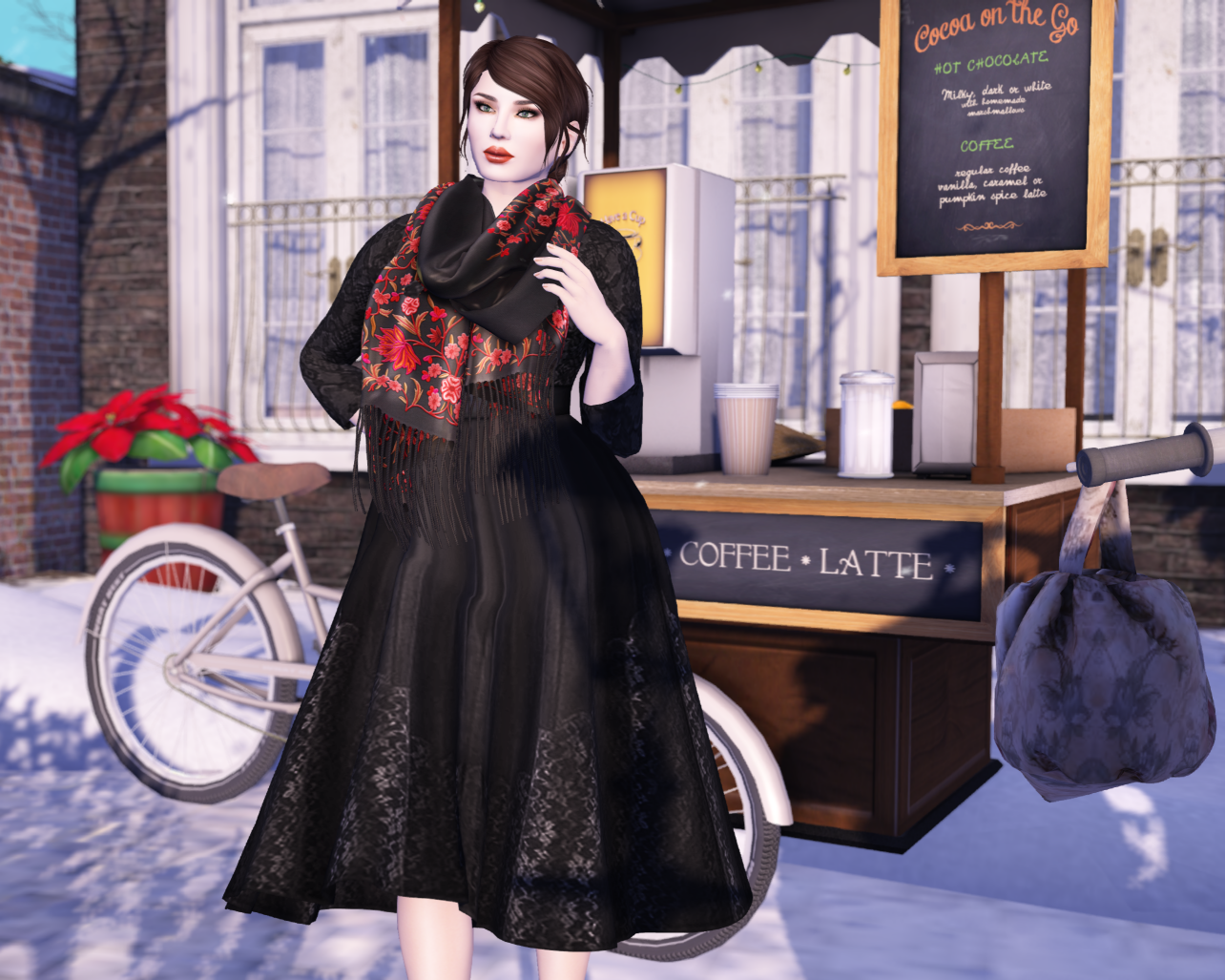 This all started with this robe from Peqe for The Secret Affair, which appealed to my naughty side and definitely needed to be showcased. But it took me a while to come up with the rest of the pieces, which ended up being hair by Truth, accessories by Zaara and some lovely lights in the background by Jian. 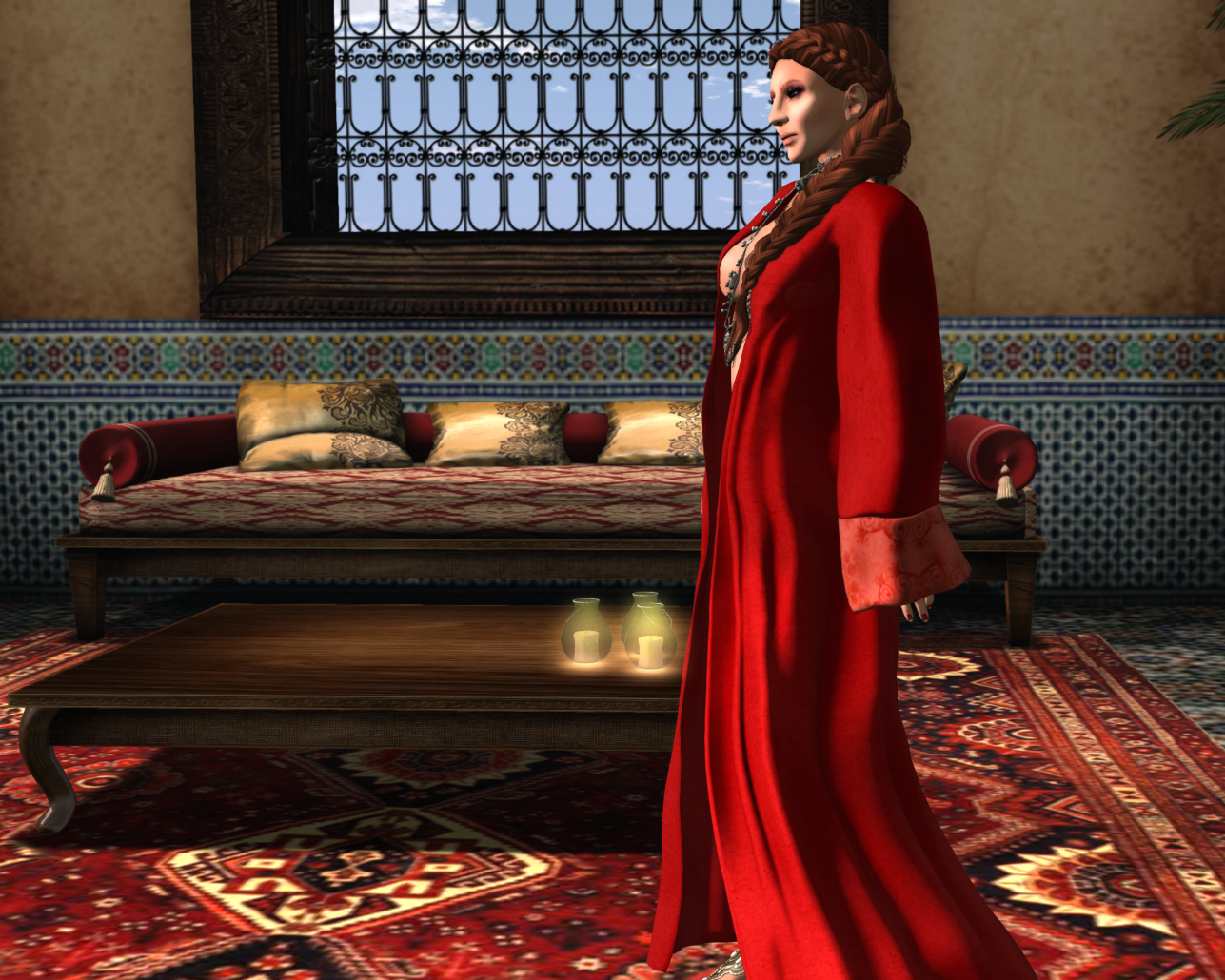 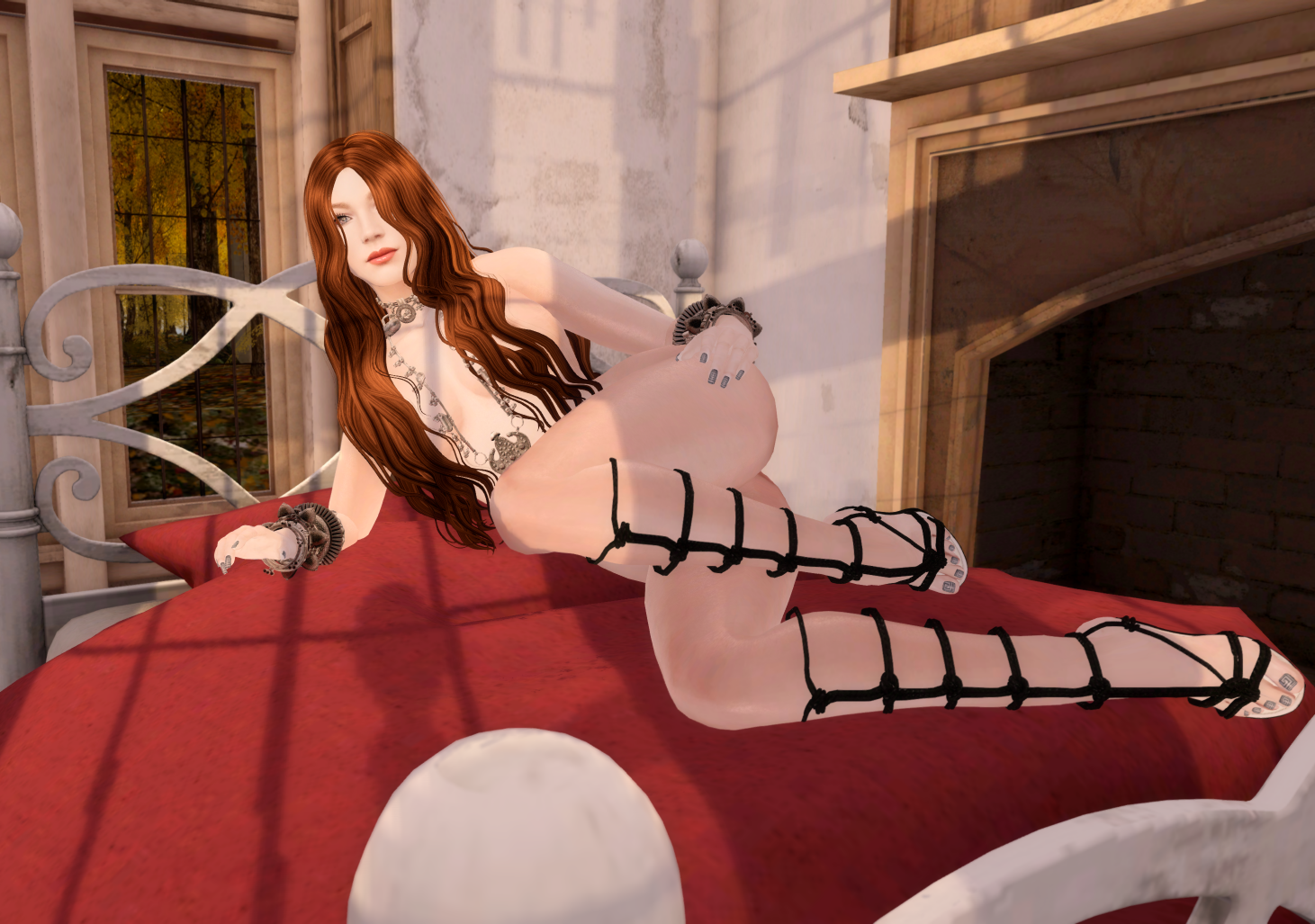 Zaara has finally created a new traditional Indian outfit and one in mesh at that. The beautiful Chandni Lehenga is available at Mystic Realms Faire and that is also were you will find the Lynessa hair by Calico. 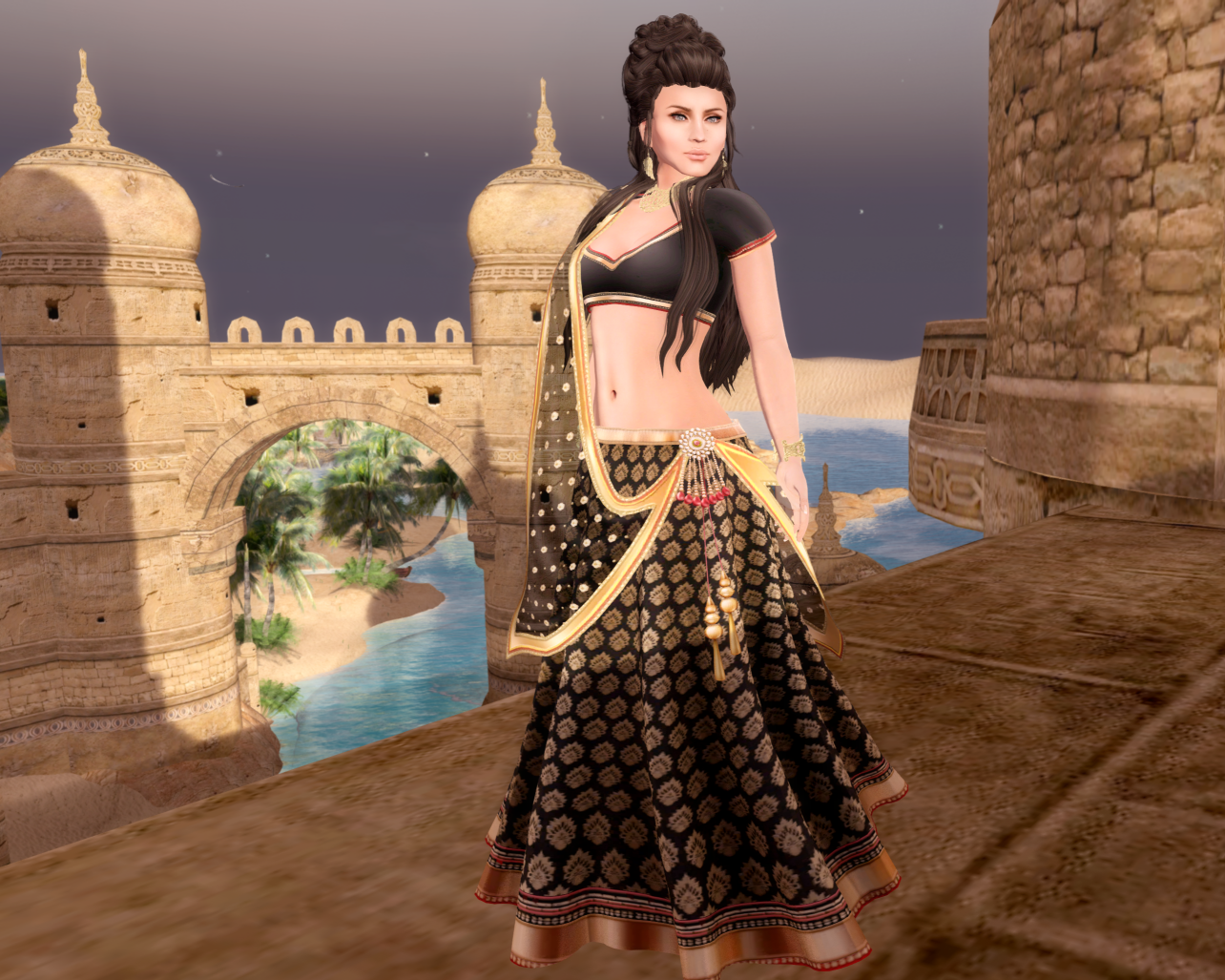 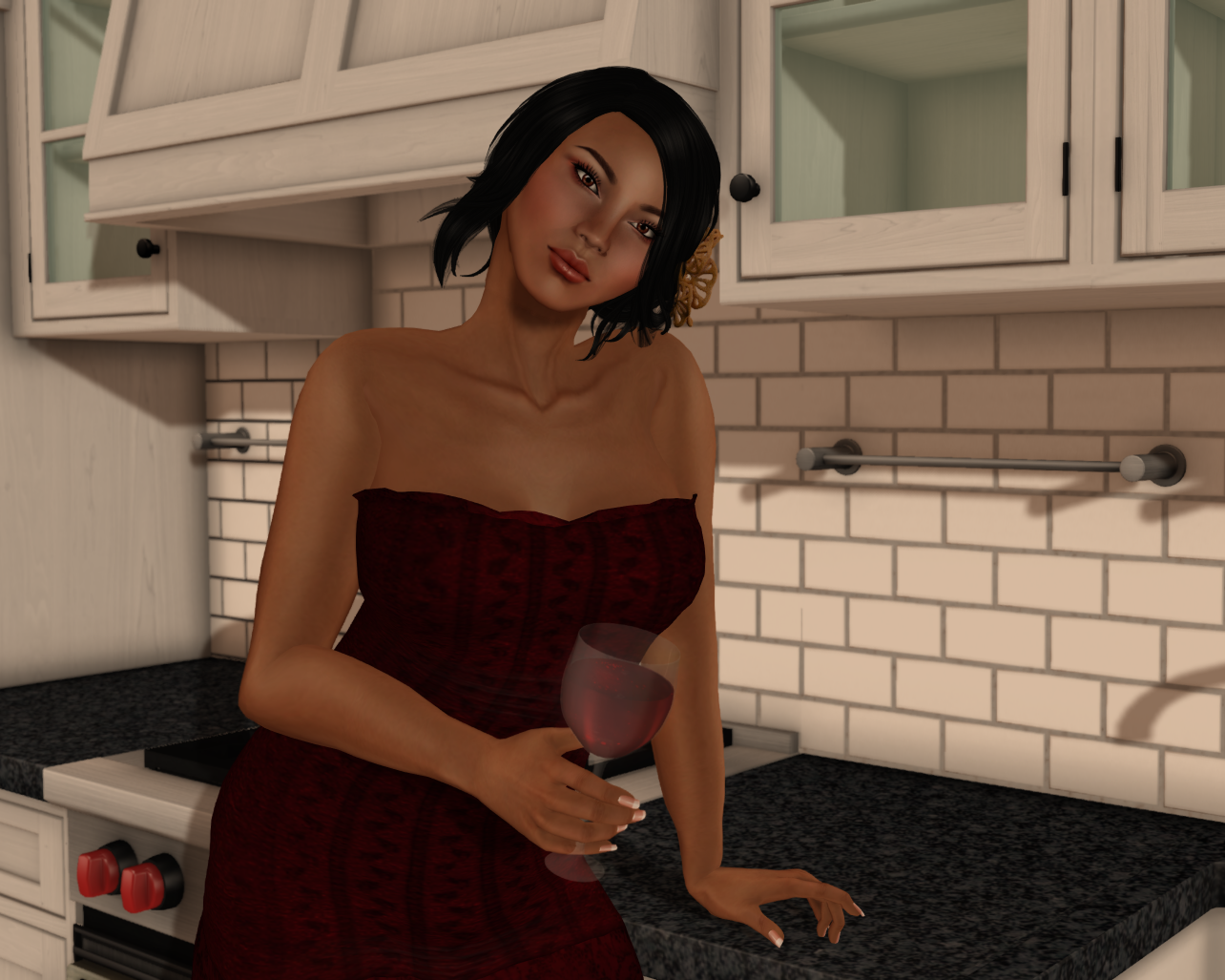