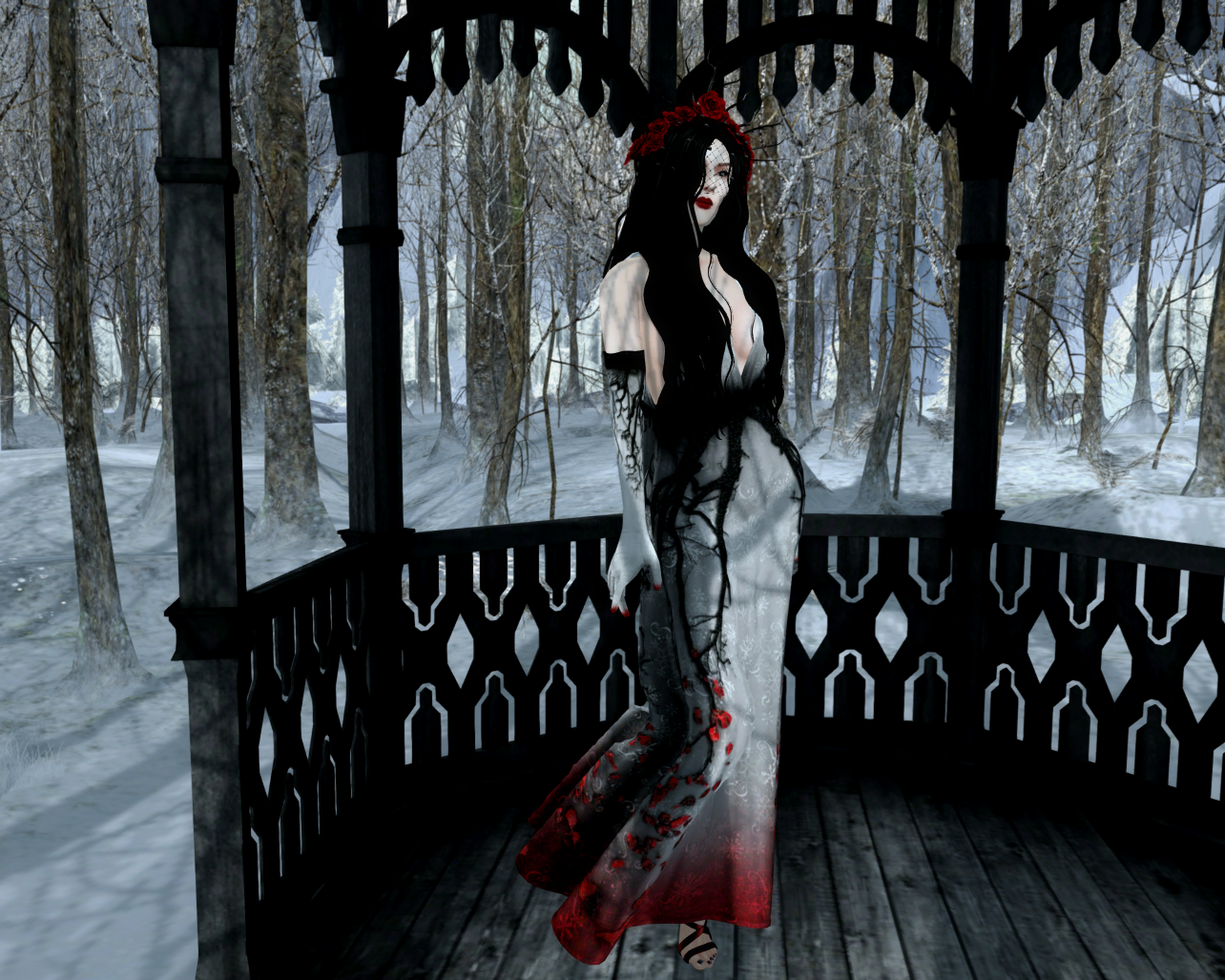 Winter is the season when Persephone has to stay in Hades, leaving her mother Demeter mourning her daughter and thus nothing grows. I love the way the myth is interpreted in this outfit, with black, bare branches climbing up over her dress that is sprinked with snowflakes. Bare branches also finished off the floral crown, where the red, red roses make an effective contrast. 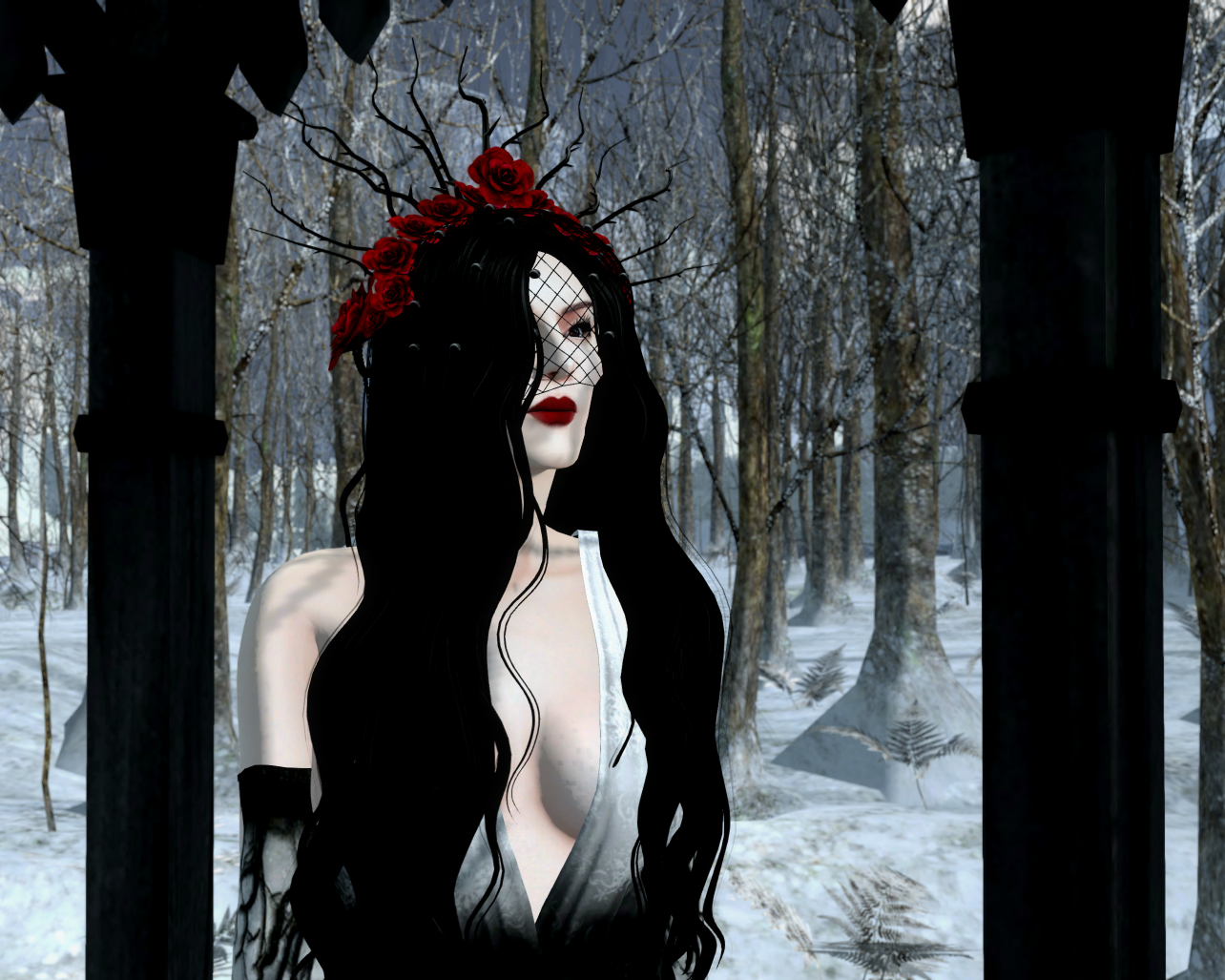 The whole outfit consists of dress, gloves (mesh gloves, so if you wear mesh hands you will need to take those off), slippers (with rose attachments) and a crown in two pieces (sides and front). Huds are included to allow for texturing changing of the elements that are red in these pictures, with the other options being a pale purple, a black and a pale grey.

The headdress works perfectly on the Justine hair from Pale Empress (which is available with a specific Persephone colour HUD) but I opted to wear the Ela hair from EMO-tions instead as I felt it captured Persephone as the young maiden. My skin is Kimber from DeeTalez in the palest tone, Celtic.