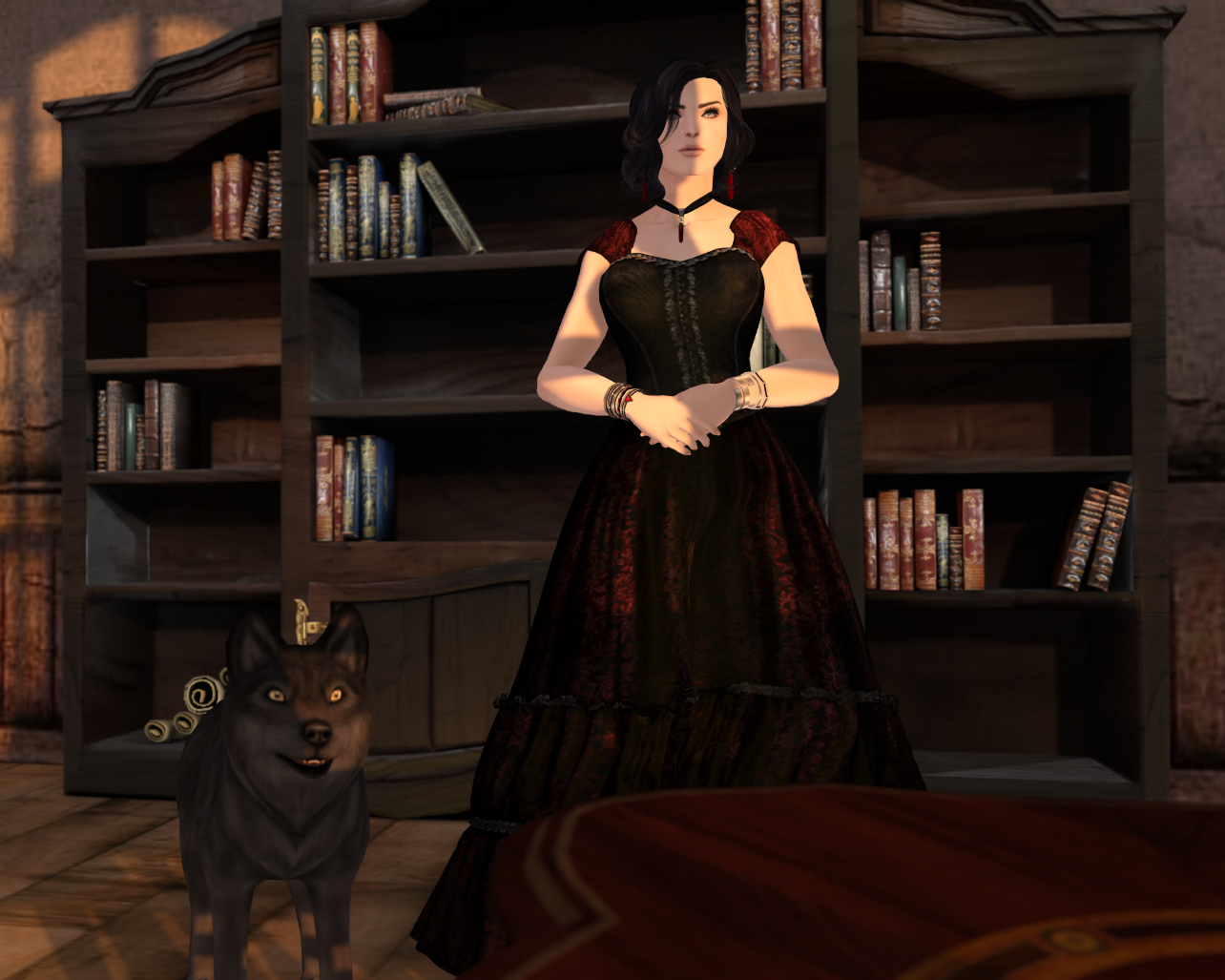 The Old Bookcase from Noble Creations is out now at the Totally Top Shelf event, running until February 23rd. I love the details put into this piece, not the least in making a lot of different books.

Jian’s We Love Role-Play release consists of a wolf companion and a wolf pack, each sold at 30% off at the event. The wolf companion is worn and the wolf pack (which includes both an animated wolf and several static versions) is rezzed out.  Both the companion and the pack have options for different fur colours and for having sound on or off. 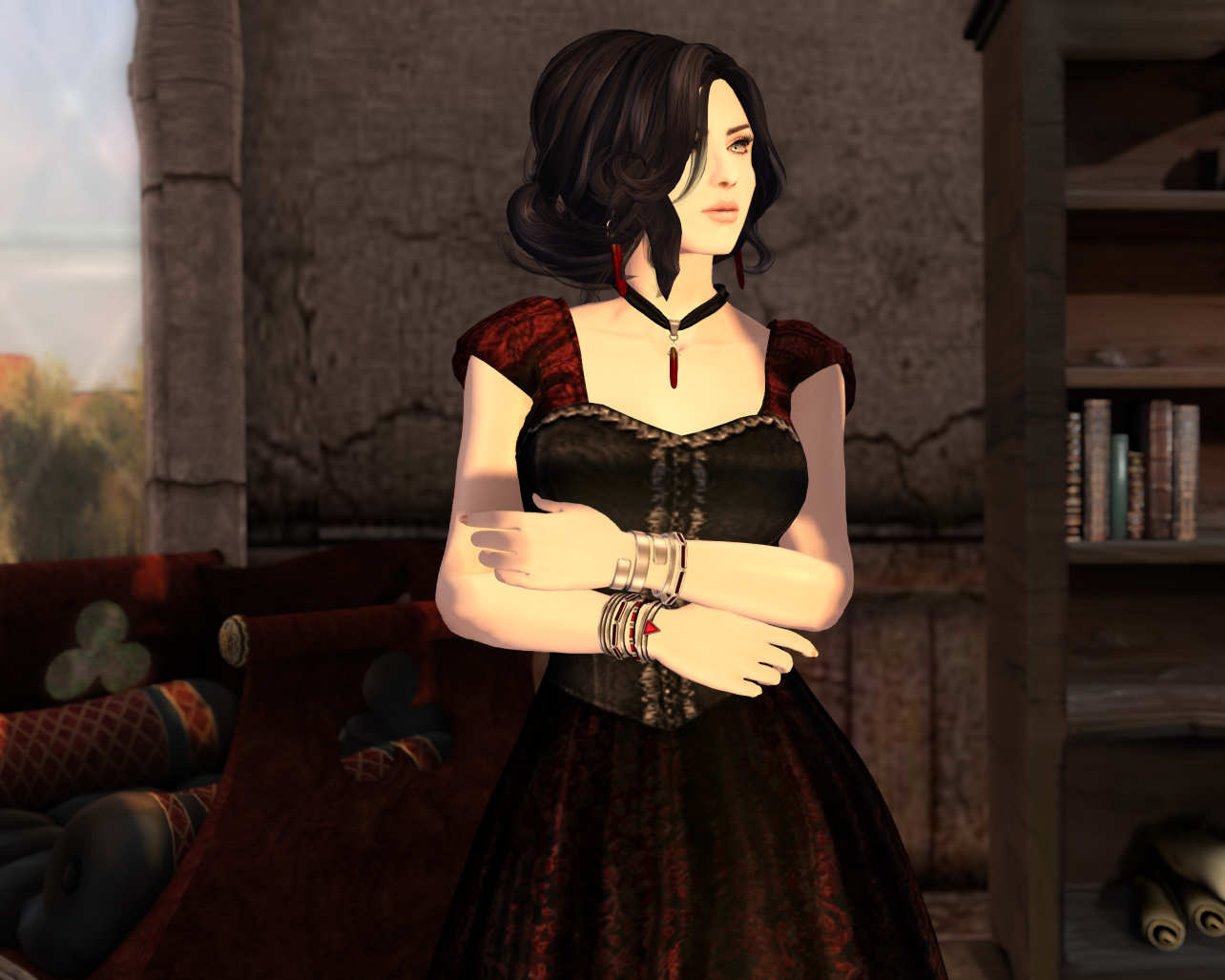 The Plastik has released a number of lovely jewellery sets of late, from more fantastical to more modern. I am actually wearing pieces from two different sets here. The pendant and earrings are from the Tereli set, which also includes a circlet and several chains and cords in different lengths. It also includes both male and female versions of several pieces. The Tereli set is sold by metal and comes with a HUD that offers many different gemstone options. This set will be available at We Love Role-Play.

The bracelets are from the Derre set, which has a more modern feel. It also includes rings and earrings and like Tereli it is sold by metal and comes with a HUD for gemstones and crystals.This set will be out at the Liaison Collective’s next round which is their 3rd anniversary.

The dress is Senzafine’s Violetta gown and I am wearing Tuli’s Willow skin in T1 and Analog Dog’s Val updo.