The Festival of Sin II opens today, with an area themed to each of the Seven Deadly Sins. Not everything was setup when I visited the preview, but there was plenty of sin to be had even so. In this post, I am looking at sinful releases from Jian, Aisling and PXL. 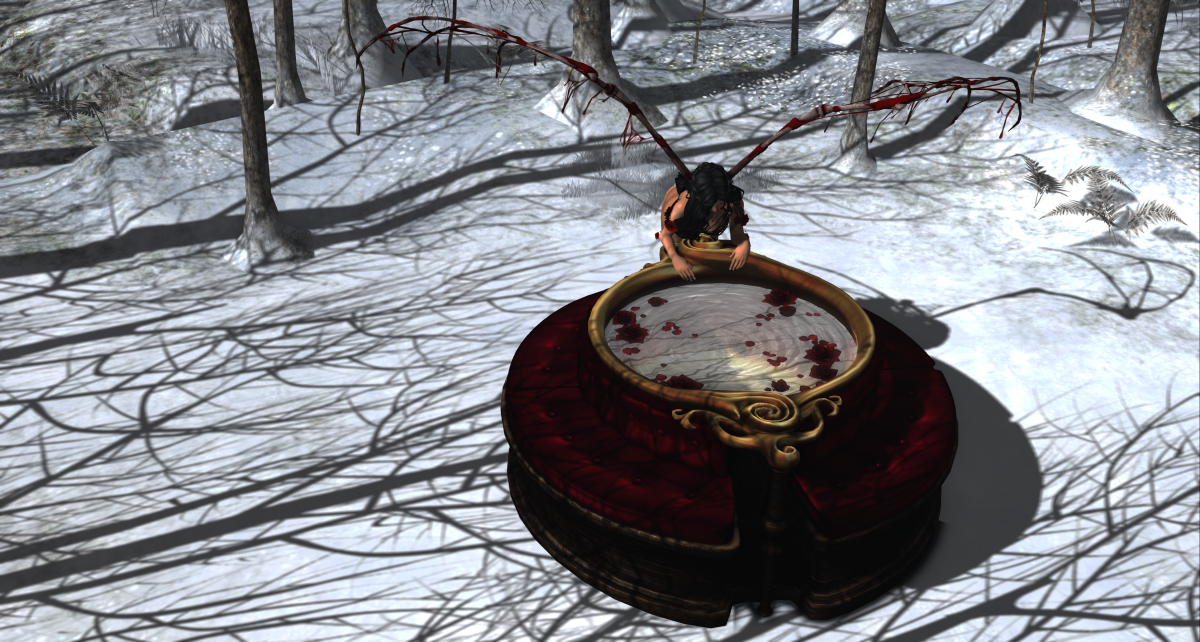 The Ravaged Wings from Jian for the Festival of Sin II are beautiful in a sad, morbid way. The tattered remains hang off the bones and convey a sense of loss. They include a bloody tattoo for the point where they attached to the back, currently available as a Belleza and Maitreya applier with Slink coming soon (and the tattoo texture is included, so you can add it to Slink Physique with a personal hud).

The beautiful mirror/seat is from Aisling for the Festival of Sin II and it is called Mirror of Narcissus. There are a selection of poses included, among those the two seen in these photos. 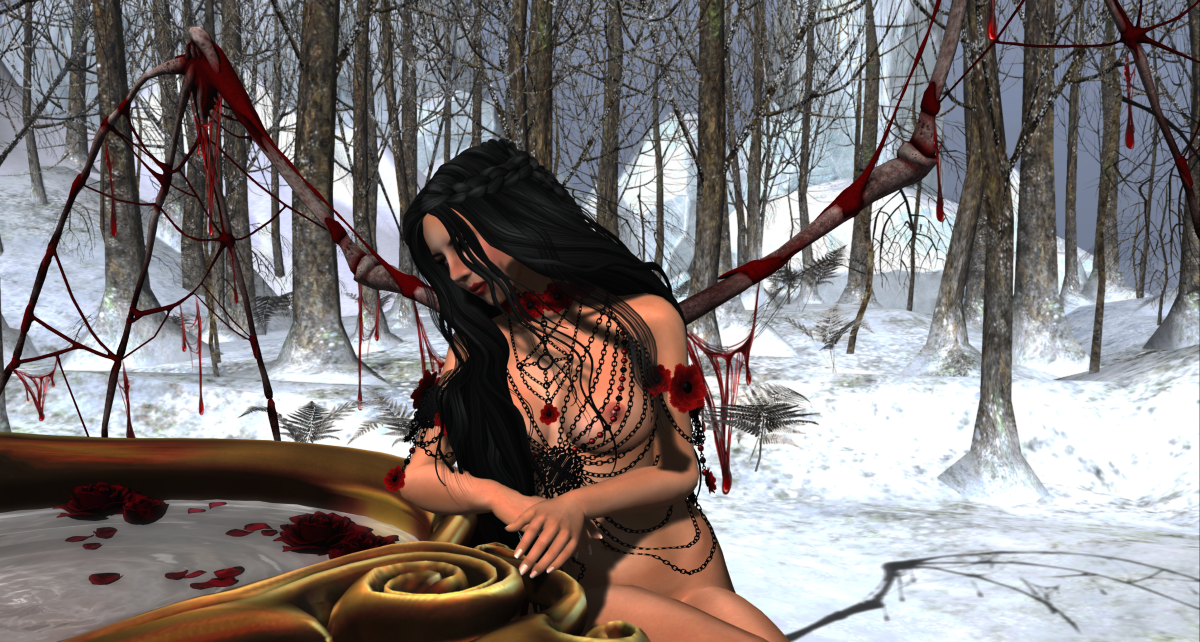 The jewellery is from the Shalimar gacha set by Aisling for the Fantasy Gacha Carnival. The centre piece is the elaborate chest drape and there is also a head piece which is not shown in this picture.

My skin is also a Festival of Skin II release, a set of three new, sultry makeups for Aurora by PXL in Pale and SunKissed. I will definitely be giving a closer look at the makeups in a following post as they are quite delicious.

The hair is Cersei by EMO-tions and I really like the rather wild, messy feel of this hair. Felt like the perfect choice for my ragged-winged demoness.