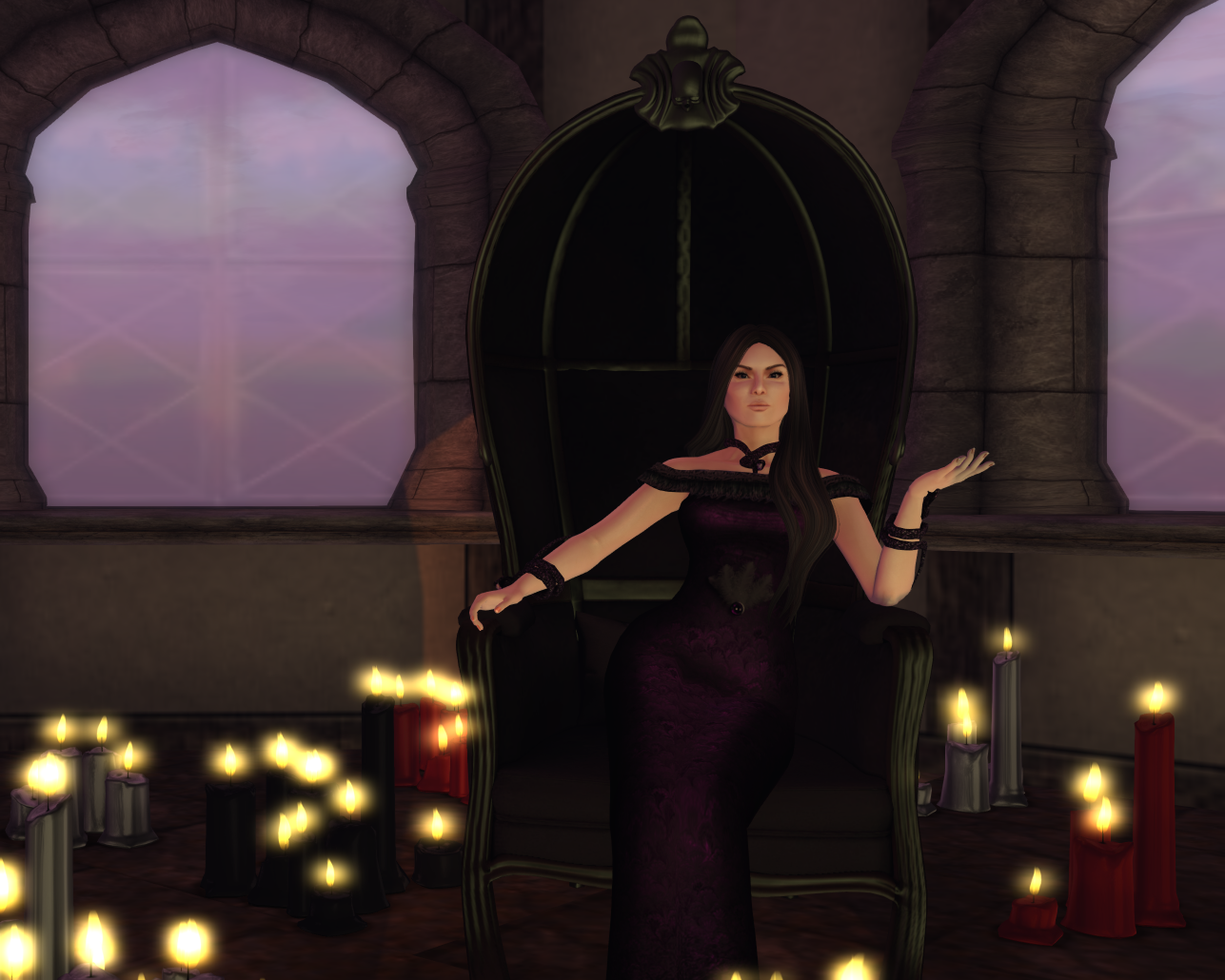 The Nevermore gown by Pale Empress is pure gothic elegance, a sleek, form-fitted design that will turn you into a statuesque goddess of darkness. The regular version comes with a HUD for colour changing (so you get a fatpack for the price of one gown) and then there’s two limited editions which will not be sold after the fair ends.  One is a single colour and one is black with accent details changeable via a HUD.

In these shots, I am not wearing the raven skull which attaches to the bodice (and which comes with a HUD of its own for even more combinations) since I didn’t want it to clash with the other accessories. 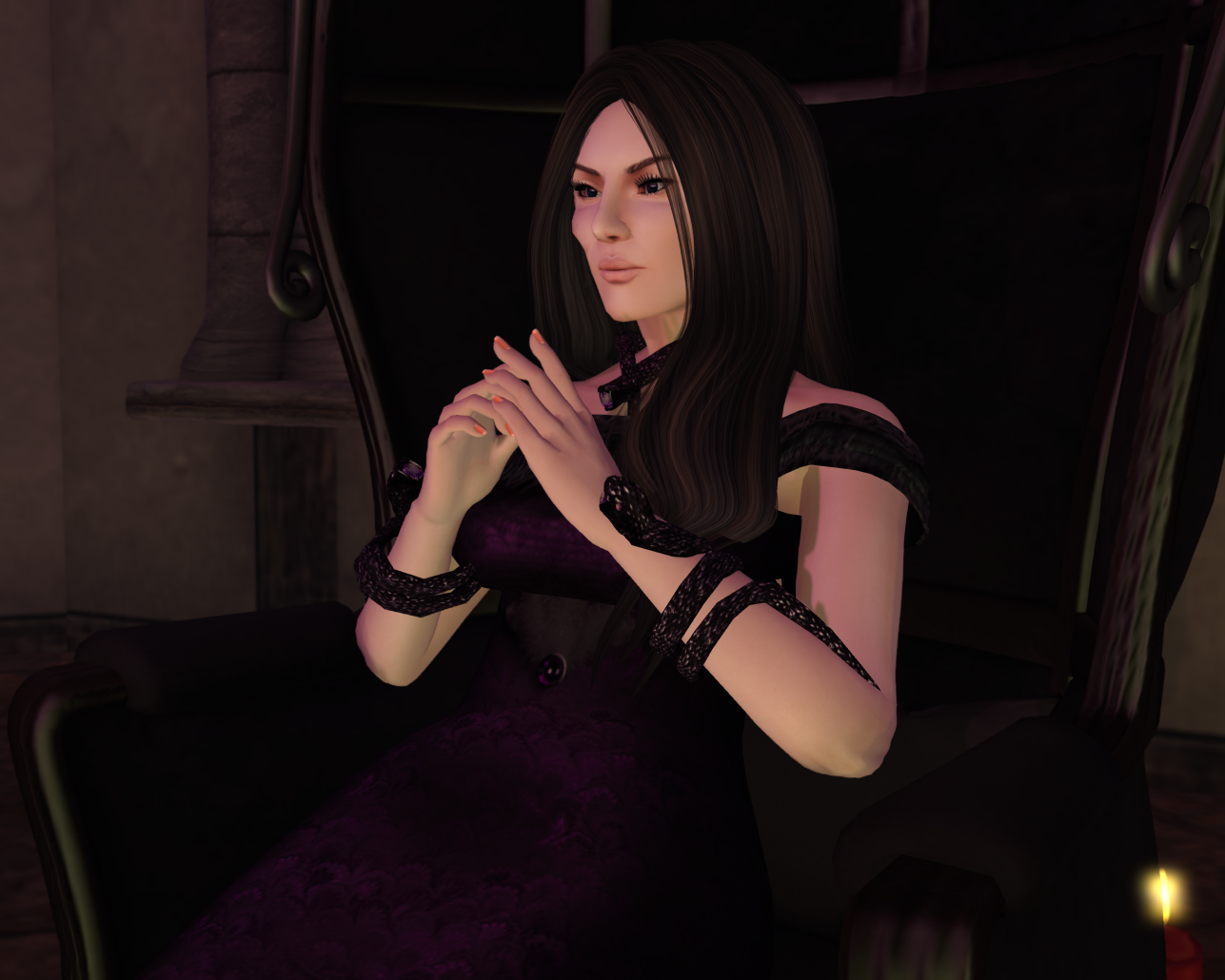 Those accessories are the Save your Serpent necklace and bracelets by House of Rain. I’ve previously shown the high heels in the same series and like those the jewellery comes with a HUD for changing the colour of the scales and of the jewel held in the serpent’s mouth. These are big, distinctive statement pieces that leave no doubts about your darker tendencies.

The sleek Jaden hair by Wasabi Pills together with Kimber in the pale Celtic tone from DeeTalez finishes off the look. The balloon chair by bauwerk’s 22769 is one I have featured in another World Goth Fair post and here I am using it with poses from oOo Studios.