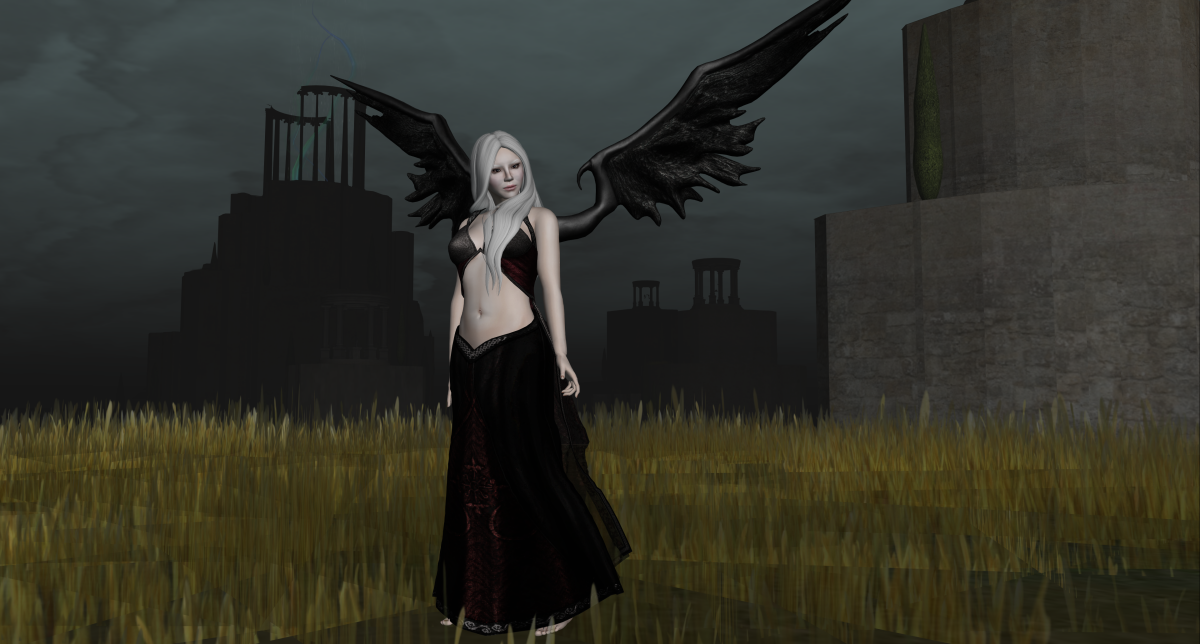 For a brief time, they were happy within the woods, where touches of winter still lingered. The winter fae made her happy enough that she forgot about the cold.

But the change of seasons is inevitable, and eventually the snow began to melt away even there, deep beneath the trees. The winter fae still lingered, even though he should have withdrawn. And she, she missed feeling the sun on her wings, so at times she would seek out patches where the canopy of trees was thinner, where more of its warmth trickled down. 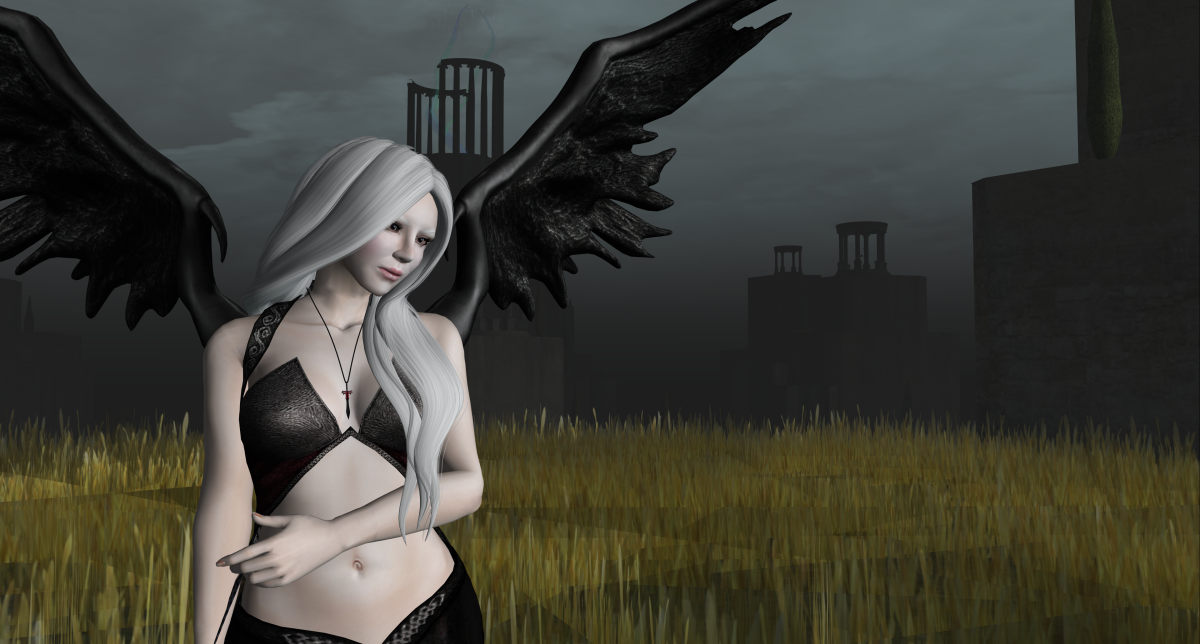 One day, when she rested in such a place, the winter fae joined her to watch her sleep. When she awoke, she was alone, but the ground besides her was cold and wet, as if snow had just melted there.

From that day, she turned her back on the sun she had loved. She now wanders the Fairelands at night, her skin and hair having grown pale as moonlight and her wings darkened to the colour of the night sky.

From Material Squirrel comes the stunning Thethys wings, available in an RFL colours back (shown here) as well as in a pack of lighter hues. They come with a HUD for controlling such aspects such as size, position and flapping on or off. The outfit is the Vedris ensemble by Senzafine, which consists of a bodice with a long “tail” in the back (which can be opaque or translucent) and a skirt. It comes in two HUD-controlled colour packs (this is the silver pack) and a special edition for RFL. The necklace is one of the RFL specials from the Plastik, with a pendant shaped like the Faire’s sword logo. Finally, the hair is Jaden by Wasabi Pills, which also is available in a male version (yay). Images taken on Odyssey, built by Alia Baroque.