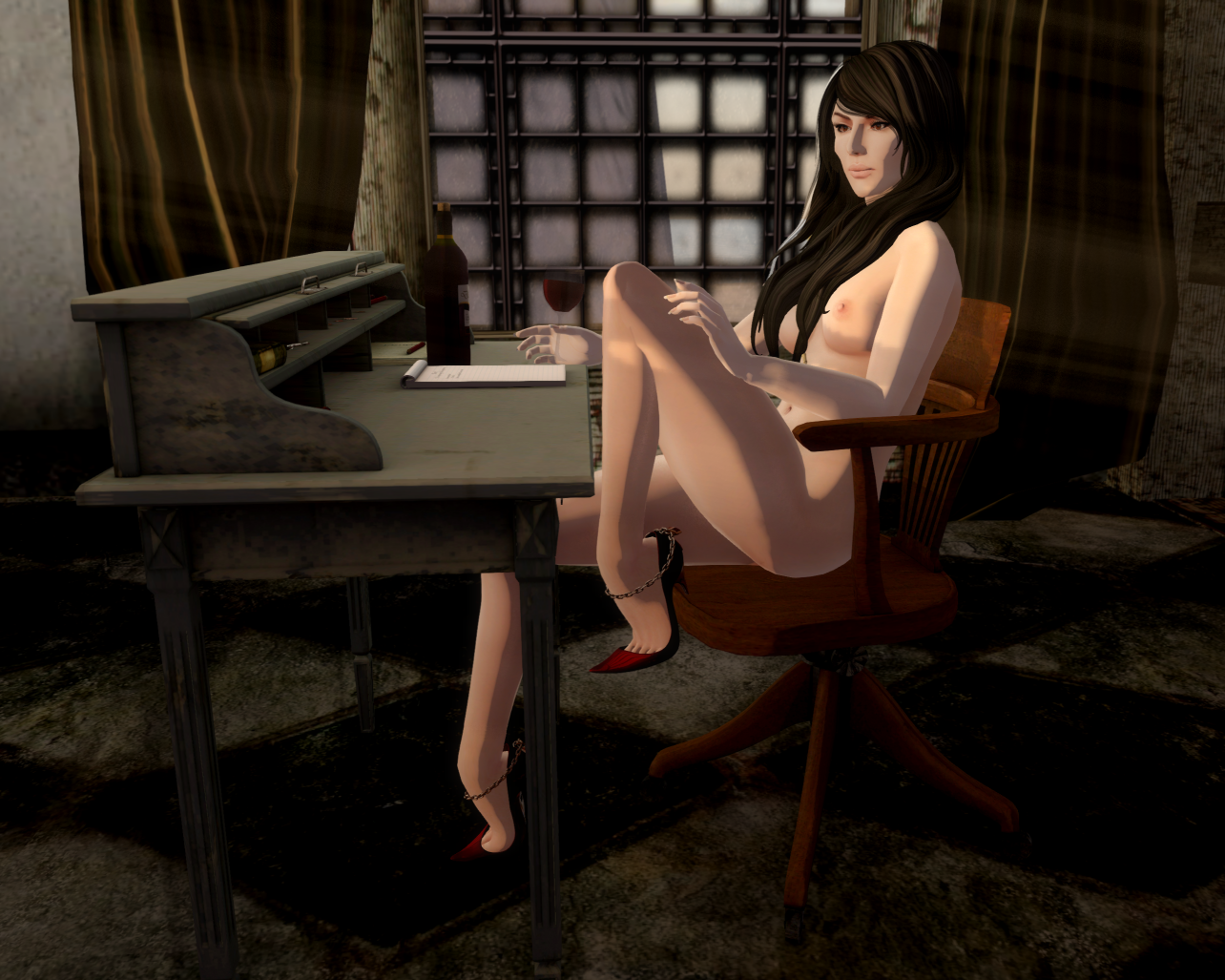 The writing desk and chair come in both a pg and an adult version. This is, of course, the adult version - I don’t do PG versions of Dutchie’s stuff. ;) Its based on a 19th century French design and it looks very suitable for a writerly retreat in some rustic cottage. A nice selection of expressive poses fill up the Reading and Writing menus and there are several temp rez pieces, both on the desk and as attachments.

For example, this is from the Writing menu; who doesn’t need a glass of wine sometimes to find inspiration? 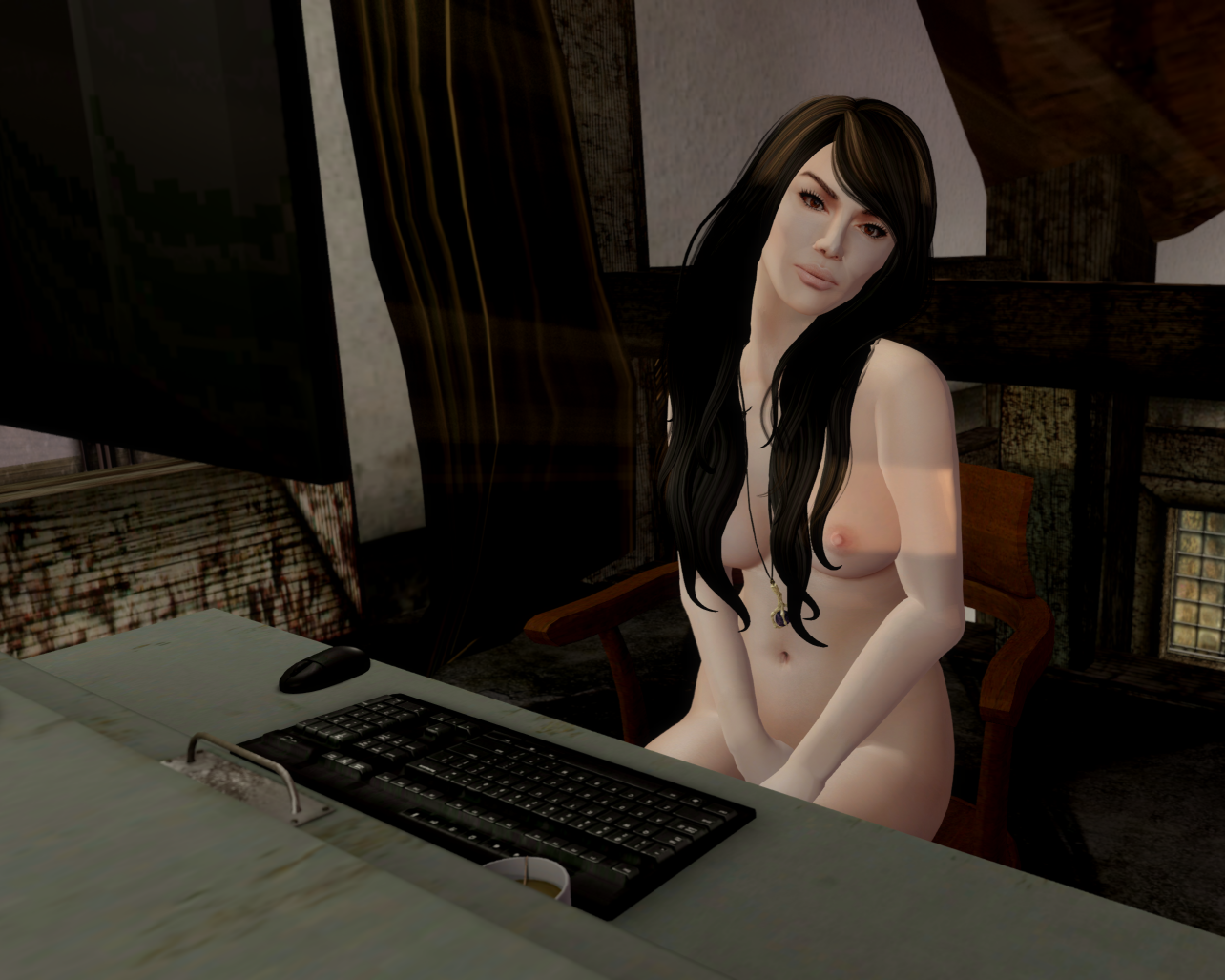 But when you’re sitting alone in that rustic cottage out in the countryside, you probably still don’t want to be too far away from the Internet (unless you’re being very hardcore about shutting out the outside world). There’s two menus that allow you a bit of browsing and even interaction, the Computer and the Skype menu.

The latter, as this pose suggests, gets rather steamy after a bit of chatting… You can run the animations individually, which is great for photos, and you can also play them as pre-made sequences.

I am wearing Kimber from DeeTalez again, this time on a different shape to show how versatile it is, and the Roberta hair in Ash from Wasabi Pills. Those sexy and dangerous-looking shoes are the chained pumps from ieQED (love the metal work, as usual) and the bird of prey necklace is from lassitude & ennui for Mystic Realms Faire.