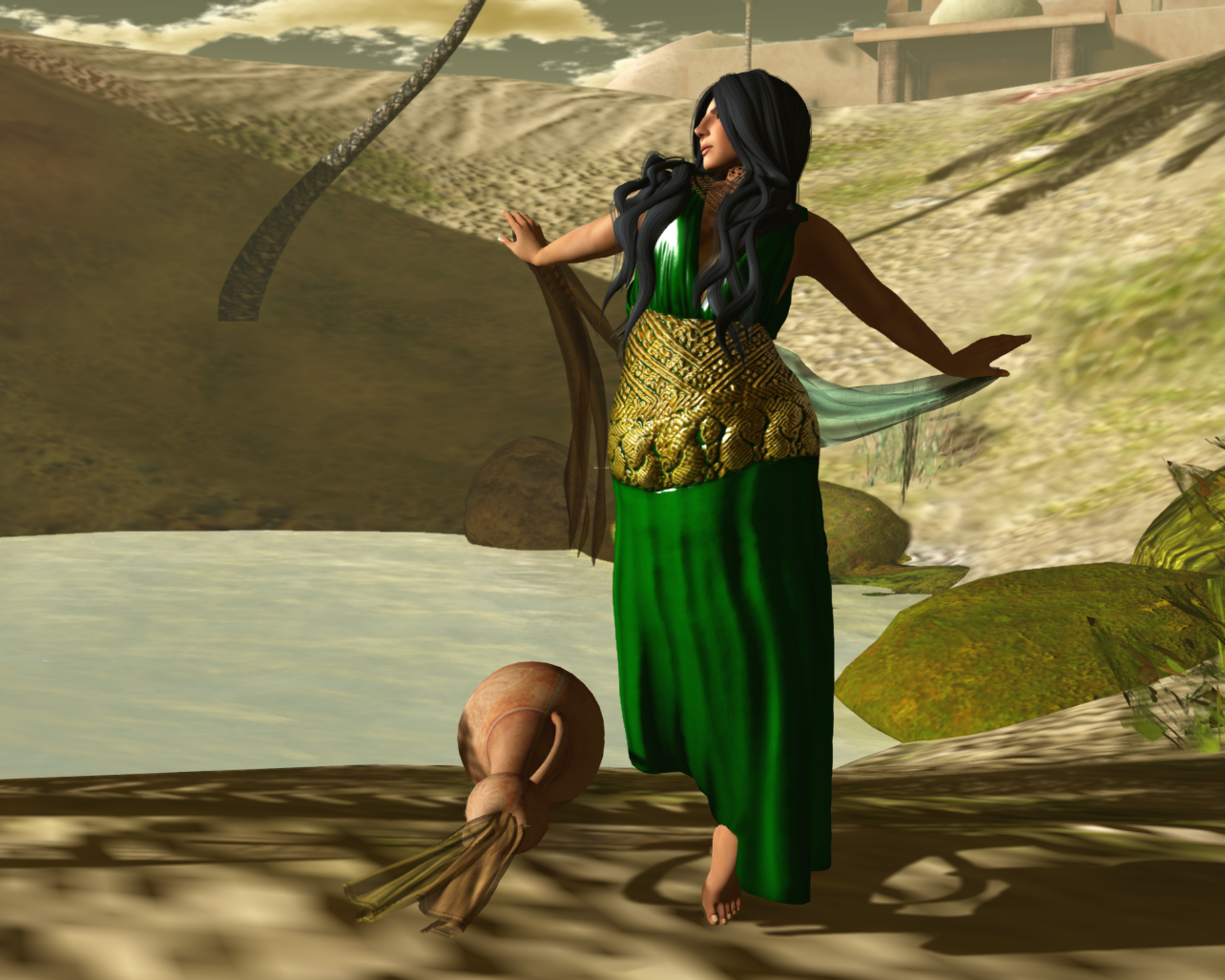 Since I can’t resist the opportunity to lecture a bit, I thought I’d take the chance to discuss the clothing on the show compared to the clothing in the books. If you’re just watching the show and haven’t read the books, you won’t perhaps be aware that the clothing of the show is often quite different from what is described in the books. They do some lovely designs, but for some reason they decided to ignore the actual clothing descriptions from the books.

In the case of Dorne, which will be introduced in this season, the previews are showing that they’re half on the mark and half off it. In the books, the Dornish of both genders wear loose and flowing robes of silk and satin, often in multiple layers and held together with jewelled belts. Women also wear gowns and in private it is apparently not unknown for them to wear “wisps of silk”. There’s even one example of a woman wearing a quite see-through gown at a dinner party, though this is very much done to be shocking and unlikely to be indicative of what’s usually done.

Now, what we’ve seen so far of season four suggests that they’ve at least got the robes for men more or less right, though they’re a bit less flowing and ostentatious than one might have expected. However, for the women’s clothing they’ve decided to go for some far too outrageous necklines, not to mention insane pointy shoulders. It all looks either much too modern or much too fantasy, or a bit of both. I would also have liked to see some striped fabrics since this is very common in Dorne 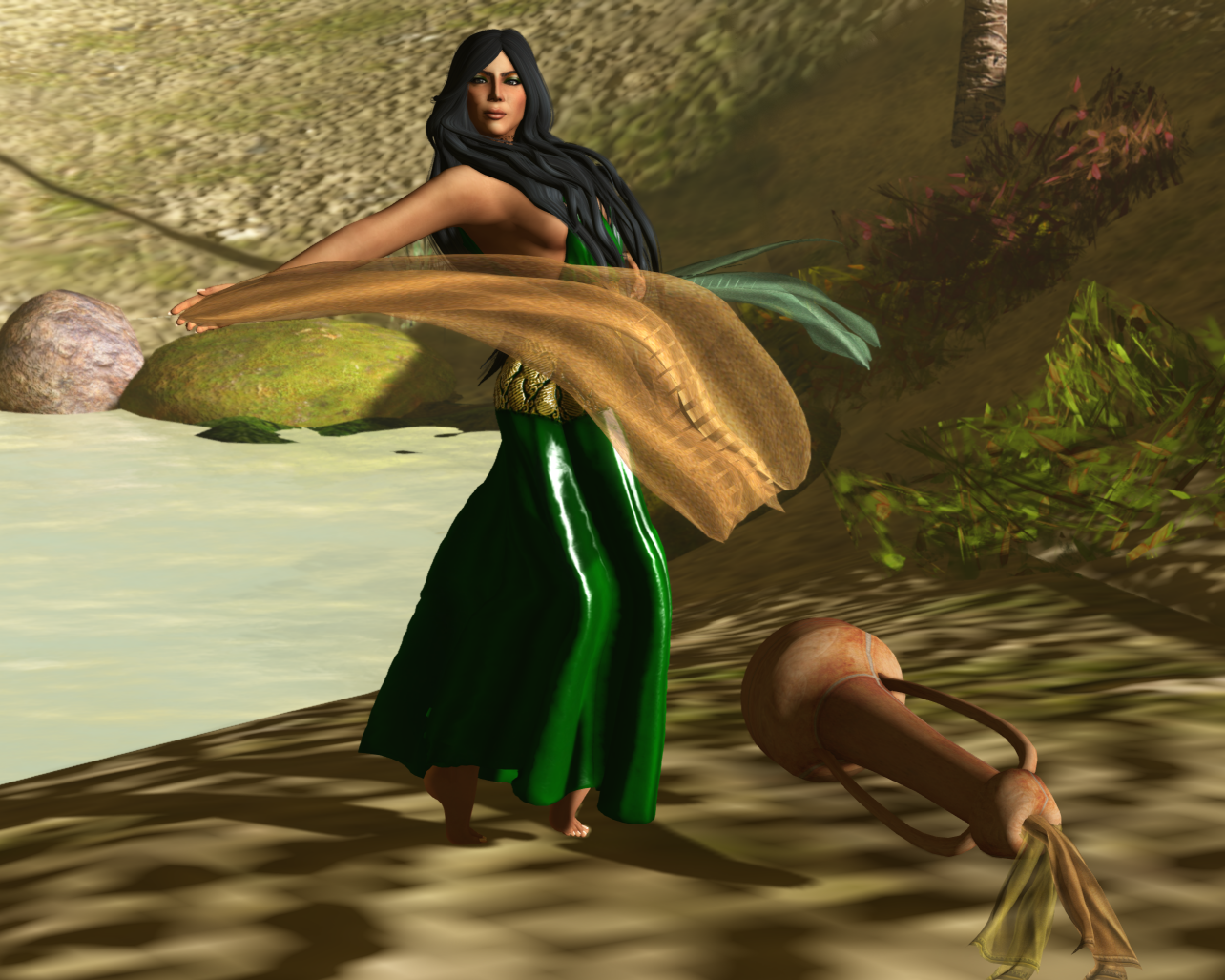 As far as the Shining Sun gown goes, I actually think it would work quite well for Dorne. I don’t think sleeveless is out of the question and the broad belt of metallic embroidery is certainly quite right for what they like. It might be something you’d wear another layer over for going out into the sun, but for lounging indoors it would be just right. 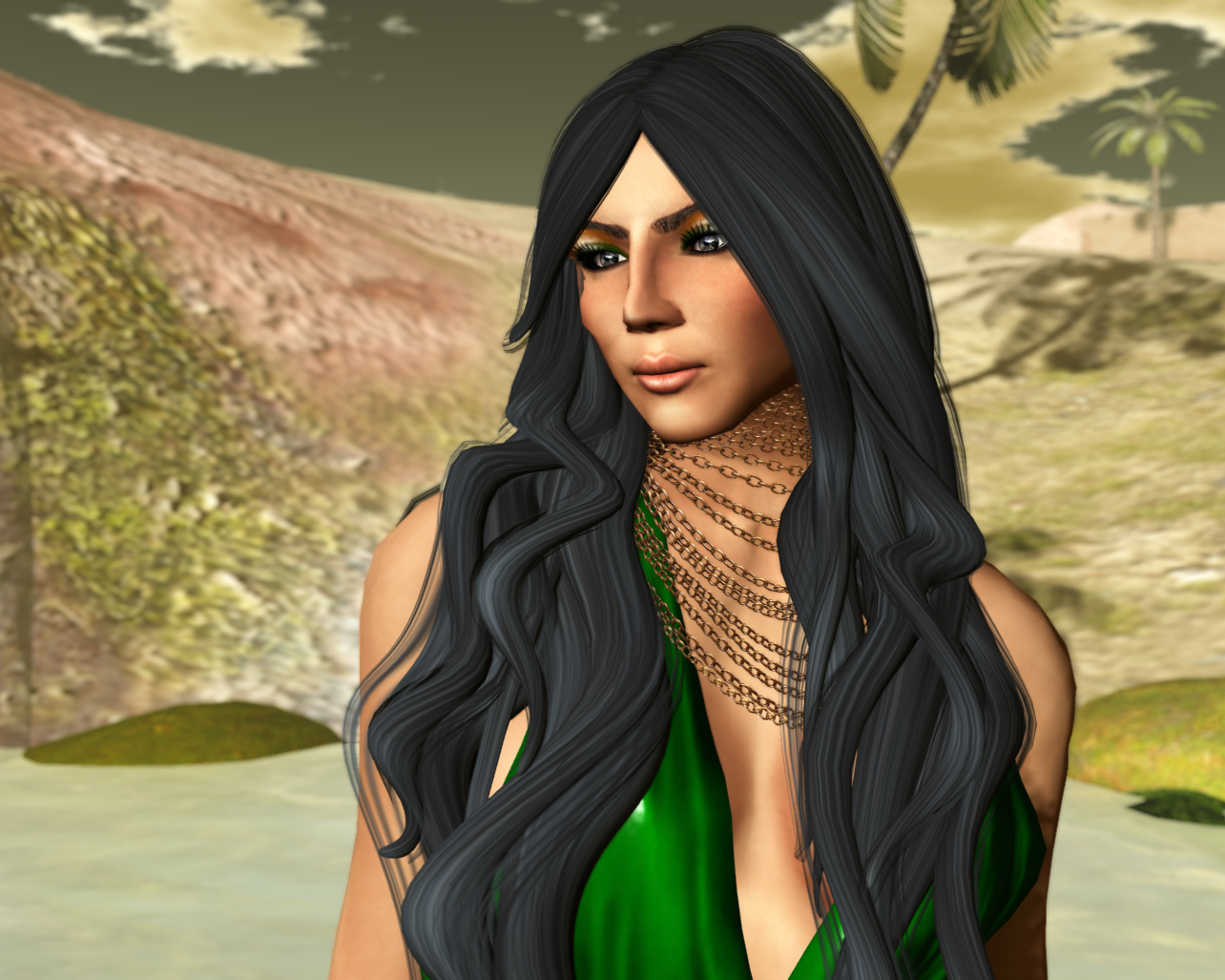 For this post I brought out one of the shapes I’ve made to look like my roleplay characters from Blood of Dragons MUSH, Tanyth Toland. That’s why I picked the green & gold version of the gown, since those are the colours of House Toland.

I finished off the look with Exile’s hair from the Arcade gatcha and the necklace from Enfant Terrible’s Decor Armor set which I think looks very Dornish as well. For the poses I used the Winds of Change prop from LostAngel.