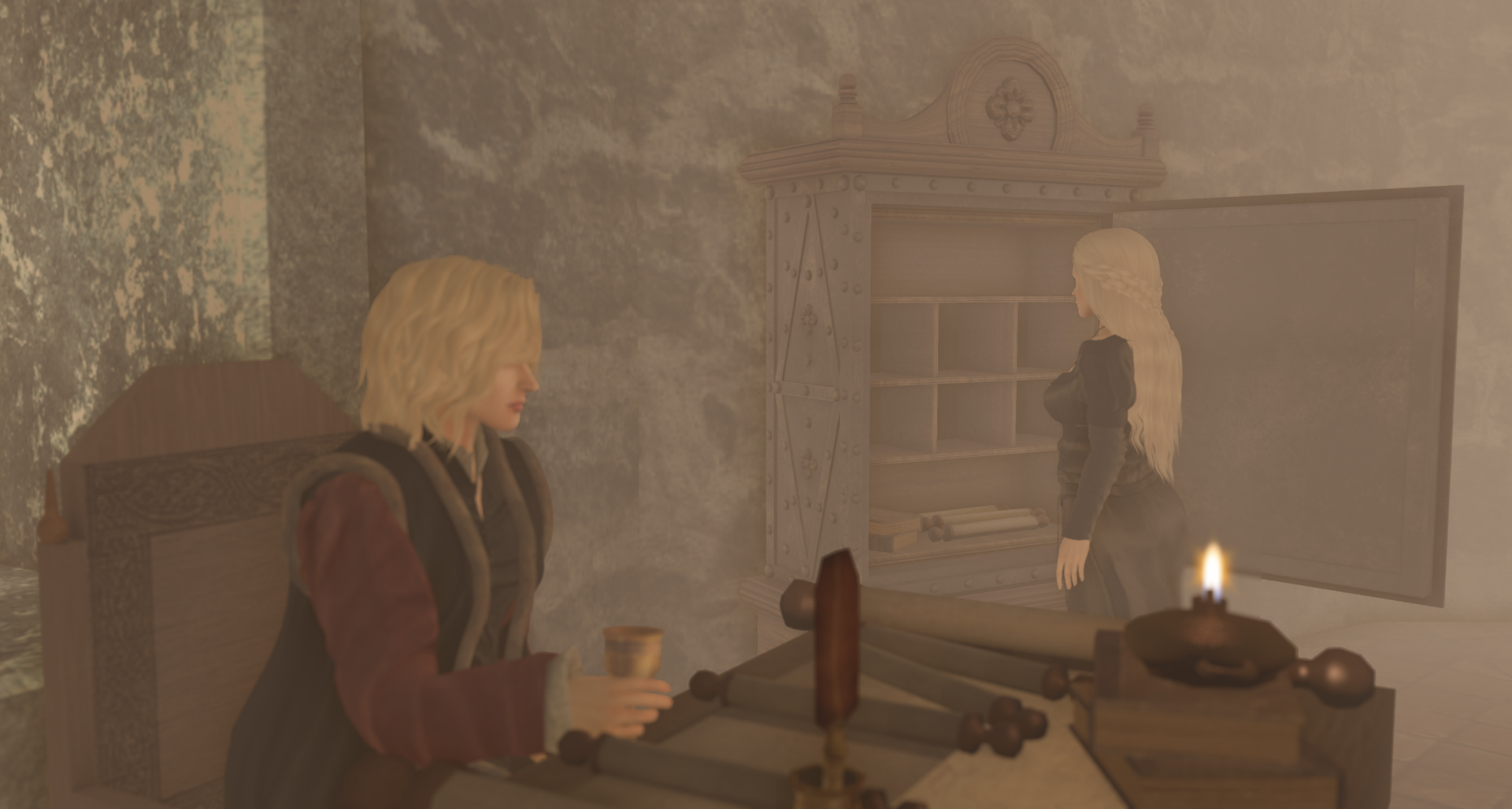 The safe has a functioning door fitted with the Kool Door script, so it is lockable if you want to put your virtual secrets and valuables in there. The style of it fits nicely into any medieval fantasy setting—or as an antique in a later setting. 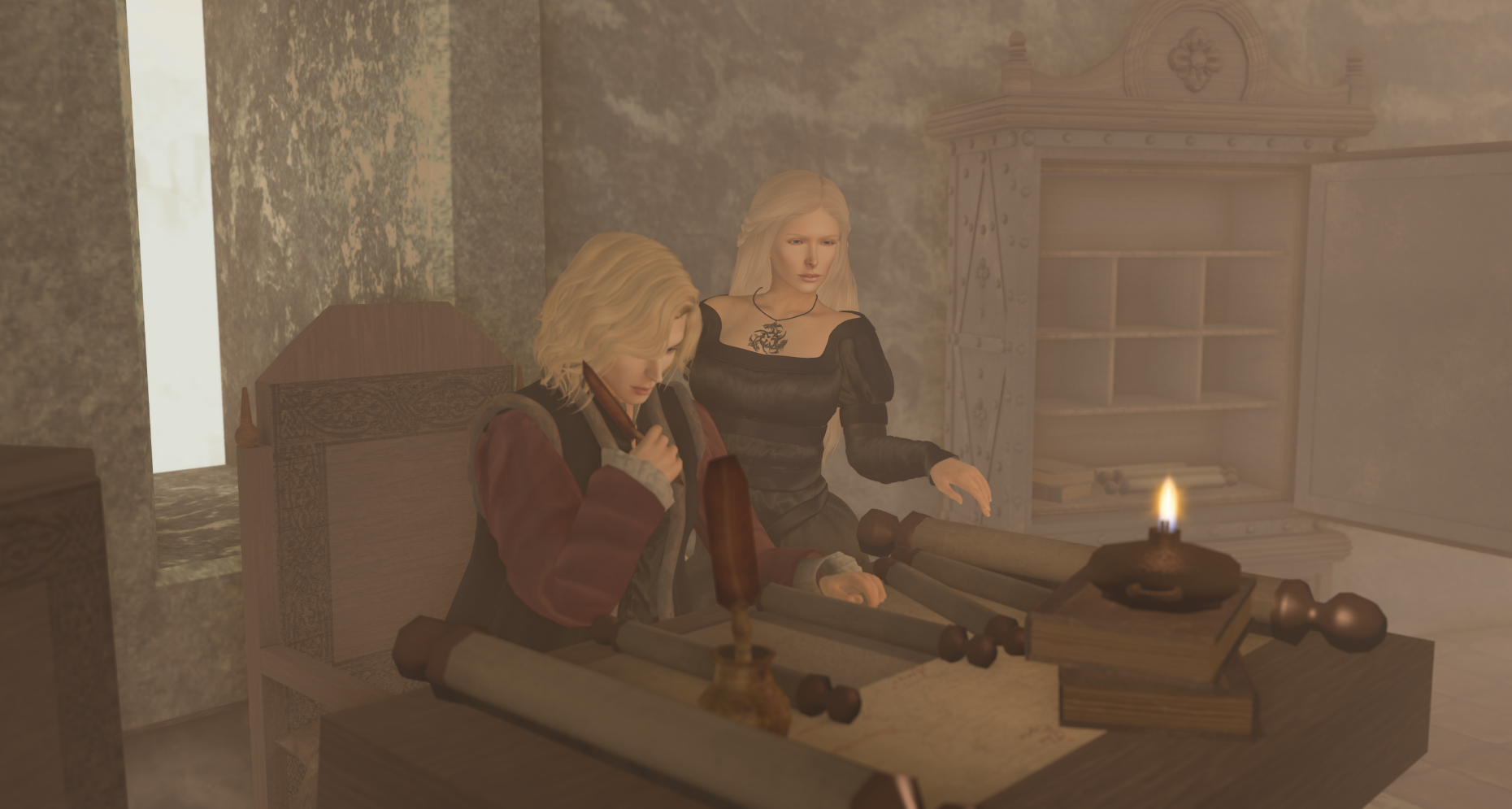 The desk includes several scenes that can be rezzed from a menu, but the package also has these items separately so you can rez them manually and mix and match. Here I’ve put the writing set over the map set. 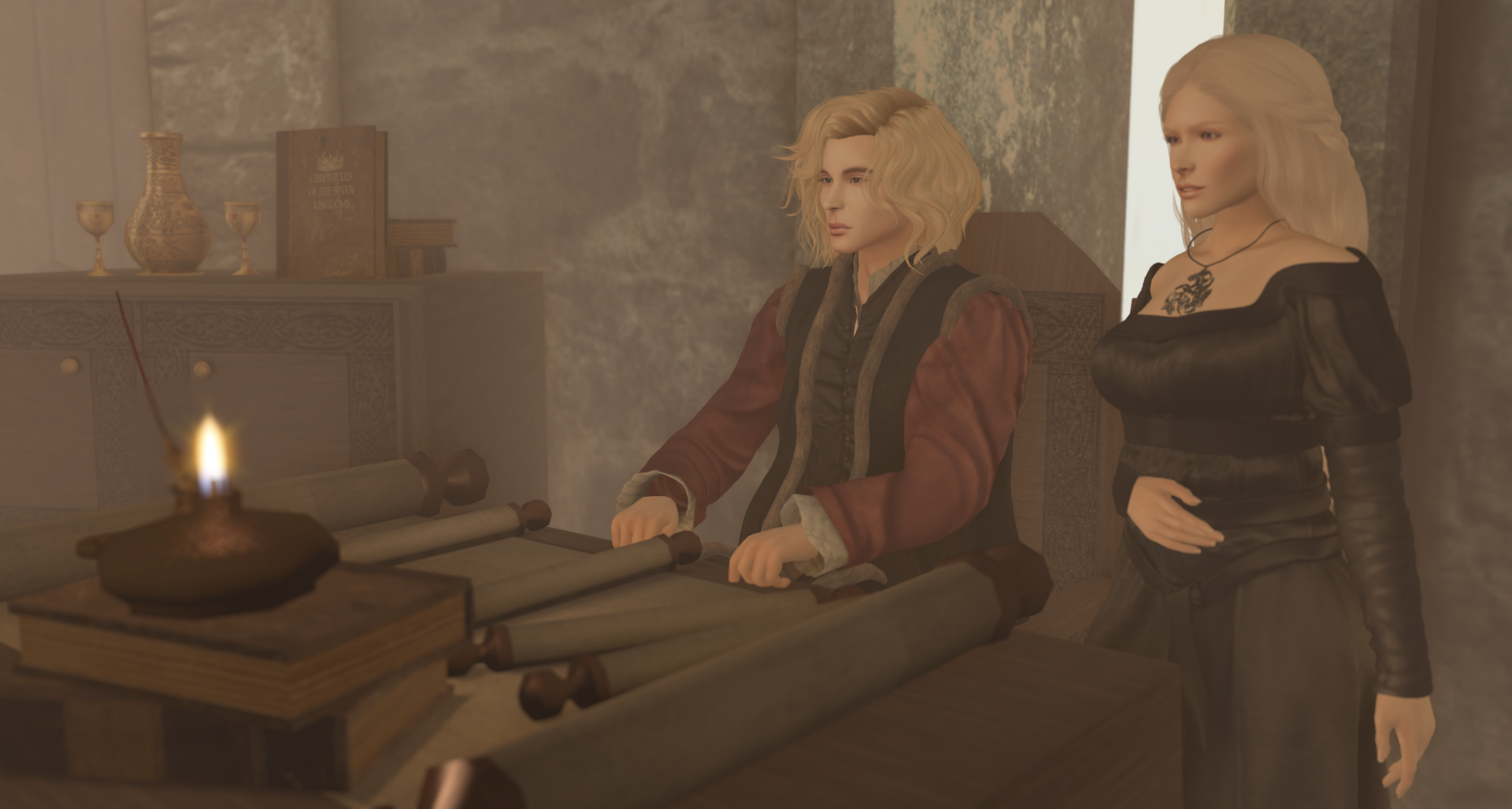 The chair includes male and female animations, both plain sits and some for reading, writing and drinking.

As part of the set there is also a matching sideboard, where additional decor items can be placed.