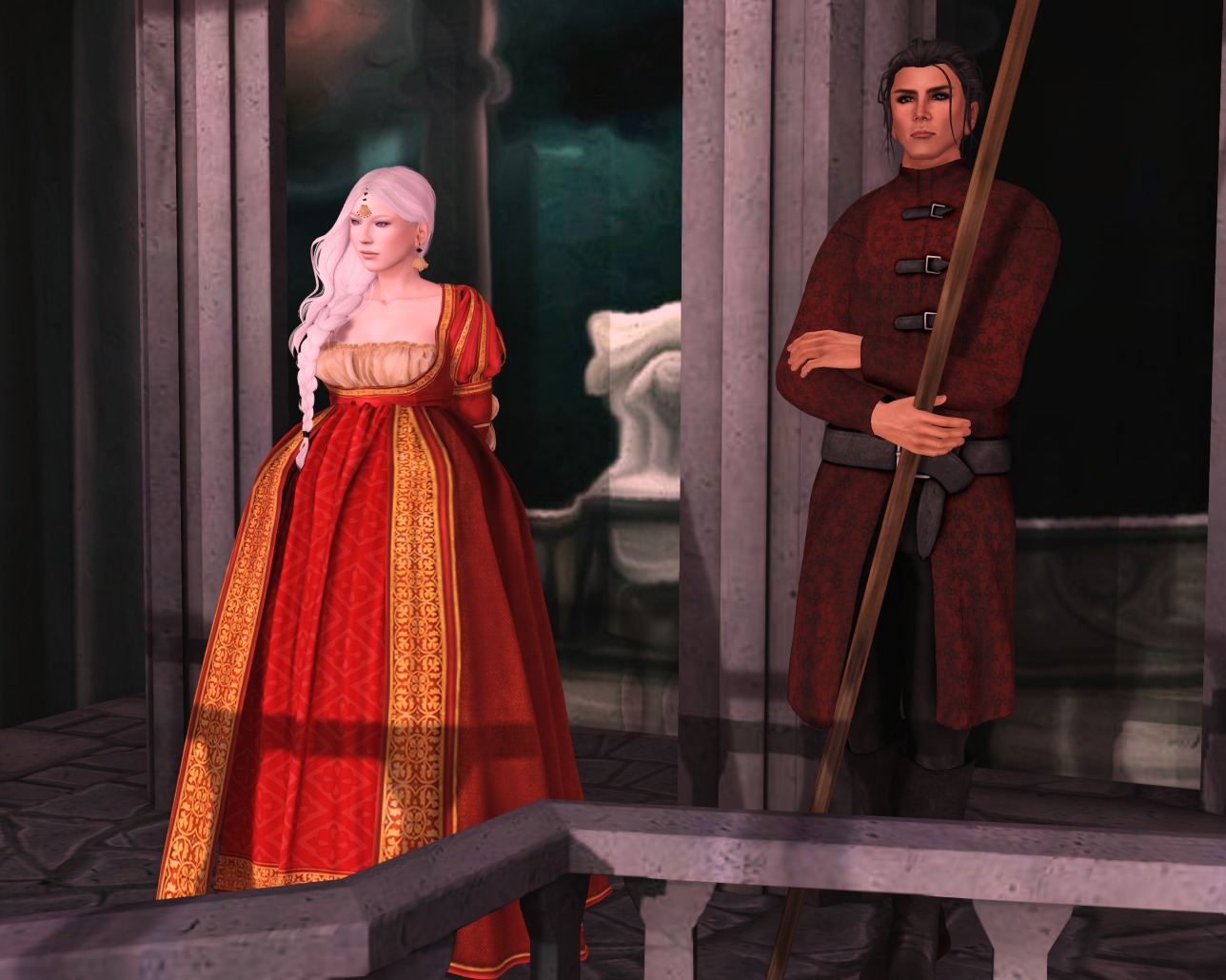 The stunning Noble gown from Pixicat is one of the most exquisitily detailed mesh gowns I’ve seen. The sleeves, in particular, are absolutely amazing. It is available from this round of We Love Role-Play and comes in fitmesh (seen here) and standard sizes as well as several other lovely colours.

My hair is Potion from Little Bones, a Hair Fair release I had not yet had time to blog. I really like this braid and the sleek fit of the hair, though the latter seems to have come at the price of being rather small.

The jewellery is from Sax Shepherd Designs for the current round of Enchantment, which has a Little Mermaid theme. 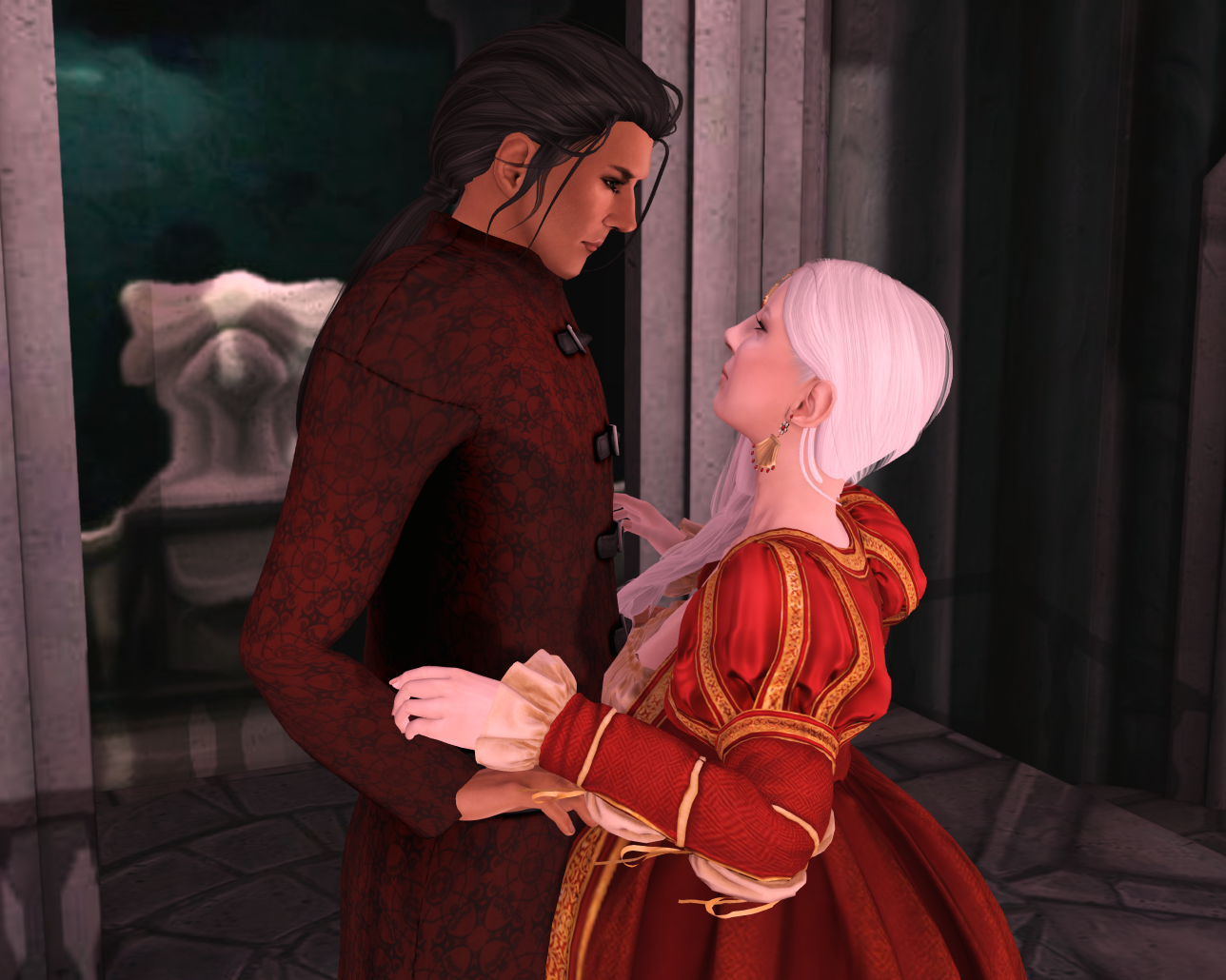 Ran is wearing Anachron again and the Rogue hair from Exile for We Love Role-Play which comes in a male and a female version in the same pack.

The poses are part of the Medieval set from the Studios gacha and each of the backdrops comes with a nice selection of single poses, couple poses and adult poses, for all varieties of movie making. I am looking forward to trying out more of the sets that we managed to collect and if anyone is looking for the Casting Couch or the Roman set, we are still missing the Western, Sci Fi and Magical Forest sets as well as the Director’s Chair.