Enchantment is back under new management and in a new format. The theme for the first round is “the Little Mermaid” and one of the designers tackling this is Aisling. They are also in a couple of other current events from which other pieces of this look have been drawn. Another Enchantment designer is Fallen Gods, with some (as usual) stunningly detailed fantasy skins. 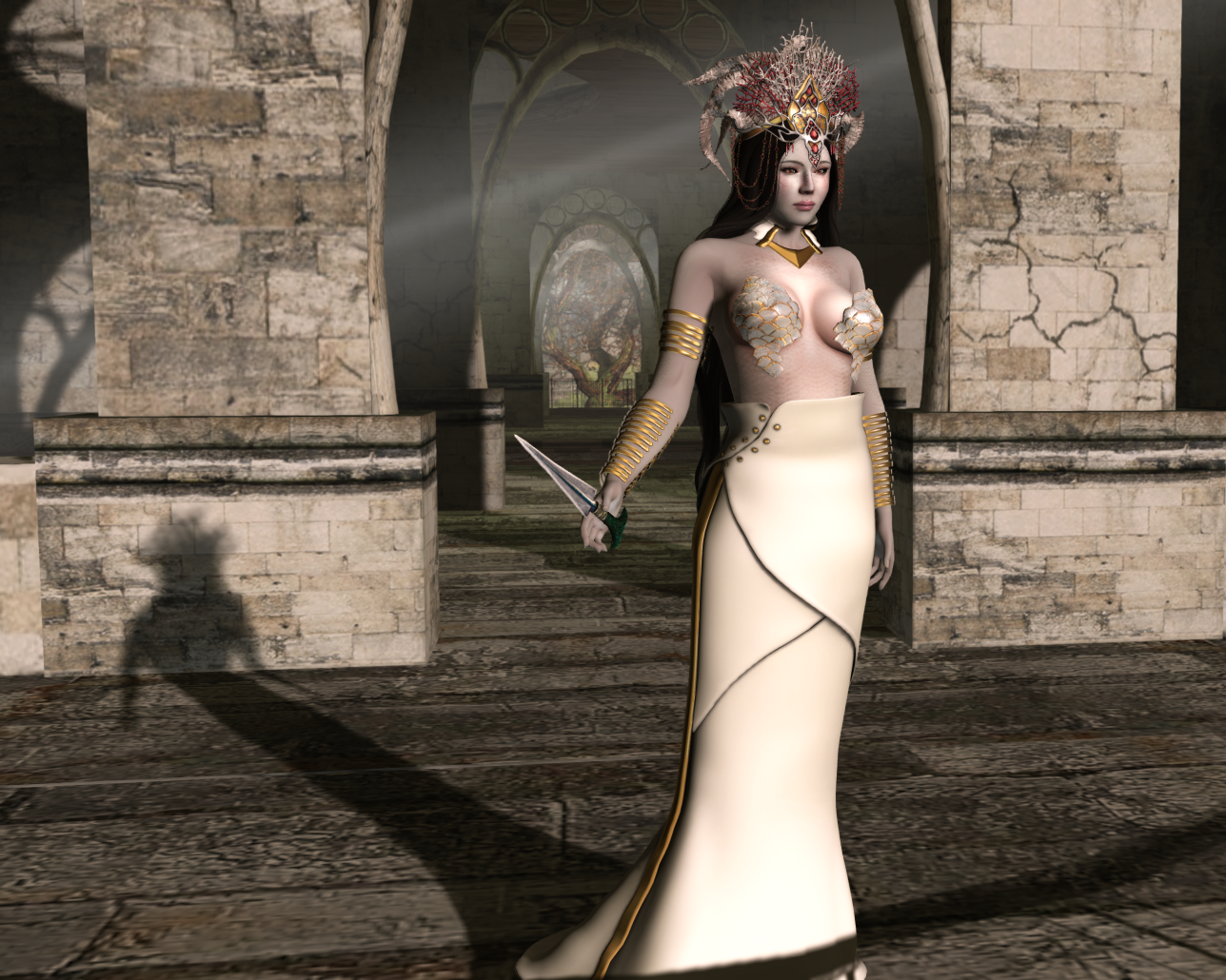 The striking coral-crown, the scale bra and the dagger are from Aisling’s Calypso set for Enchantment. The crown comes with a HUD and the scales come in black and white with silver or gold accents. The set also includes wearable eel pets.

The long skirt and the armrings are from Aisling’s Arious Queen gacha for the Fantasy Gacha Carnival. I liked that the shape of the skirt had a bit of a mermaid tail feel. Perhaps it would allow a mermaid to play at being human, her tail cleverly hidden away? 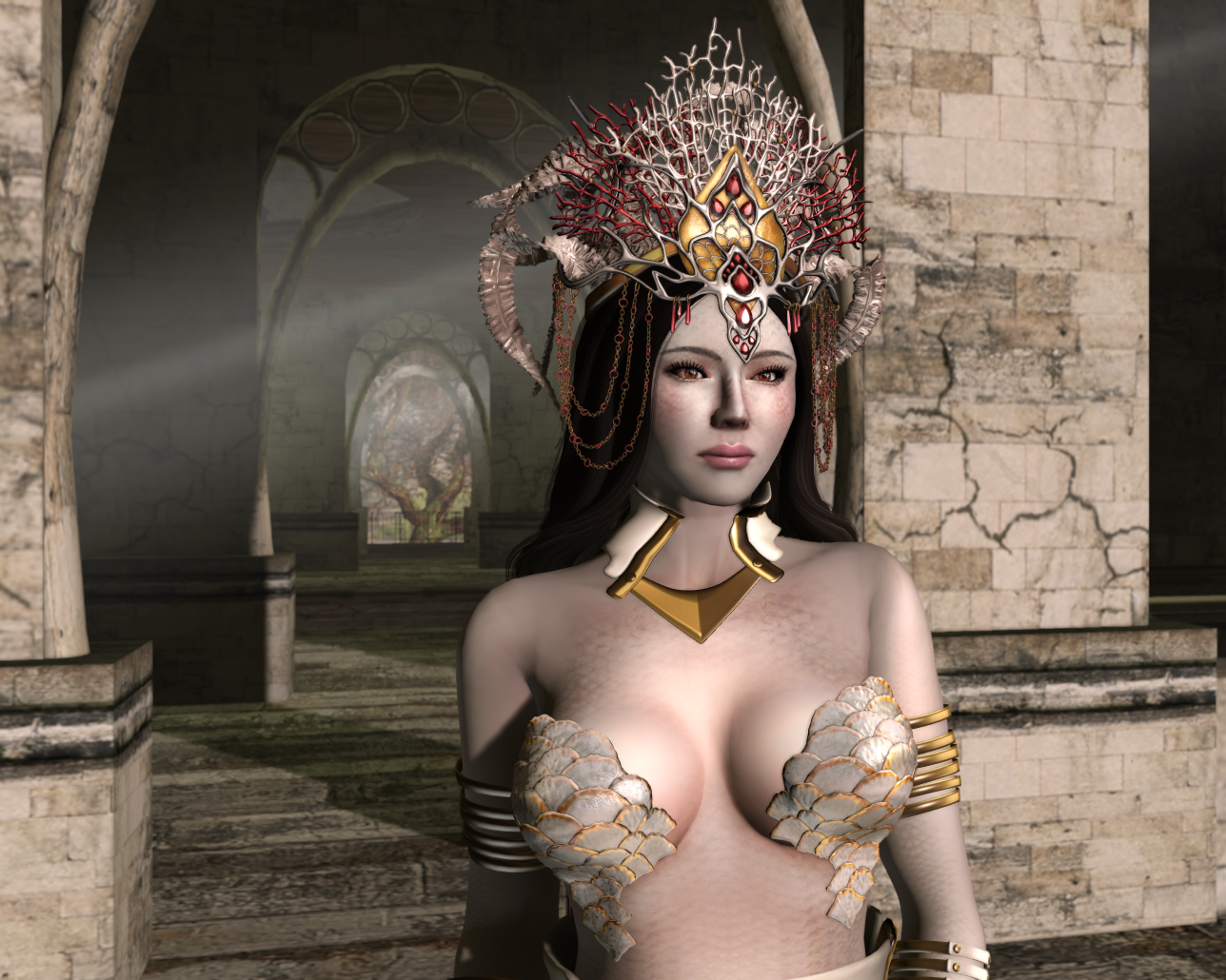 A closer look at the intricate crown, which can be customised in a lot of different ways using the HUD. The corals in particular look fantastic.

The skin is from Fallen Gods Oceanica line, and this version is called Still, here in the Ivory tone. Mesh bodies (here Slink’s Physique) have really opened up such possibilities for detailed fantasy skins with crisp, non-smudged details.

The hair is Fiore’s Simona hair from the Hair Fair, a stunningly long style cascading down your back. The beautiful build is on Athan, a part of the Fallen Gods sim complex, which really is a must visit.