Del-ka Aedilis latest release is a Roman tavern table (though it will fit into many historical/fantasy scenarios) that offers a selection of single and couple animations, for male and female avatars. Some of the animations, like the eating and drinking ones, include auto-rezzing props. I setup the table in one of the builds from Fanatik’s Roman village set; this one is technically a warehouse but works nicely as a tavern as well. The decor in the background is also from Del-ka Aedilis.

Proper Roman clothing for women is pretty hard to come by in SL, so I opted for more of a fantasy look with the Pandora gown from Tres. The Celeste hair from Magika isn’t all that Roman either, but very pretty. Red hair was quite popular, often achieved with various more or less disgusting bleaching methods and then henna on top of that. 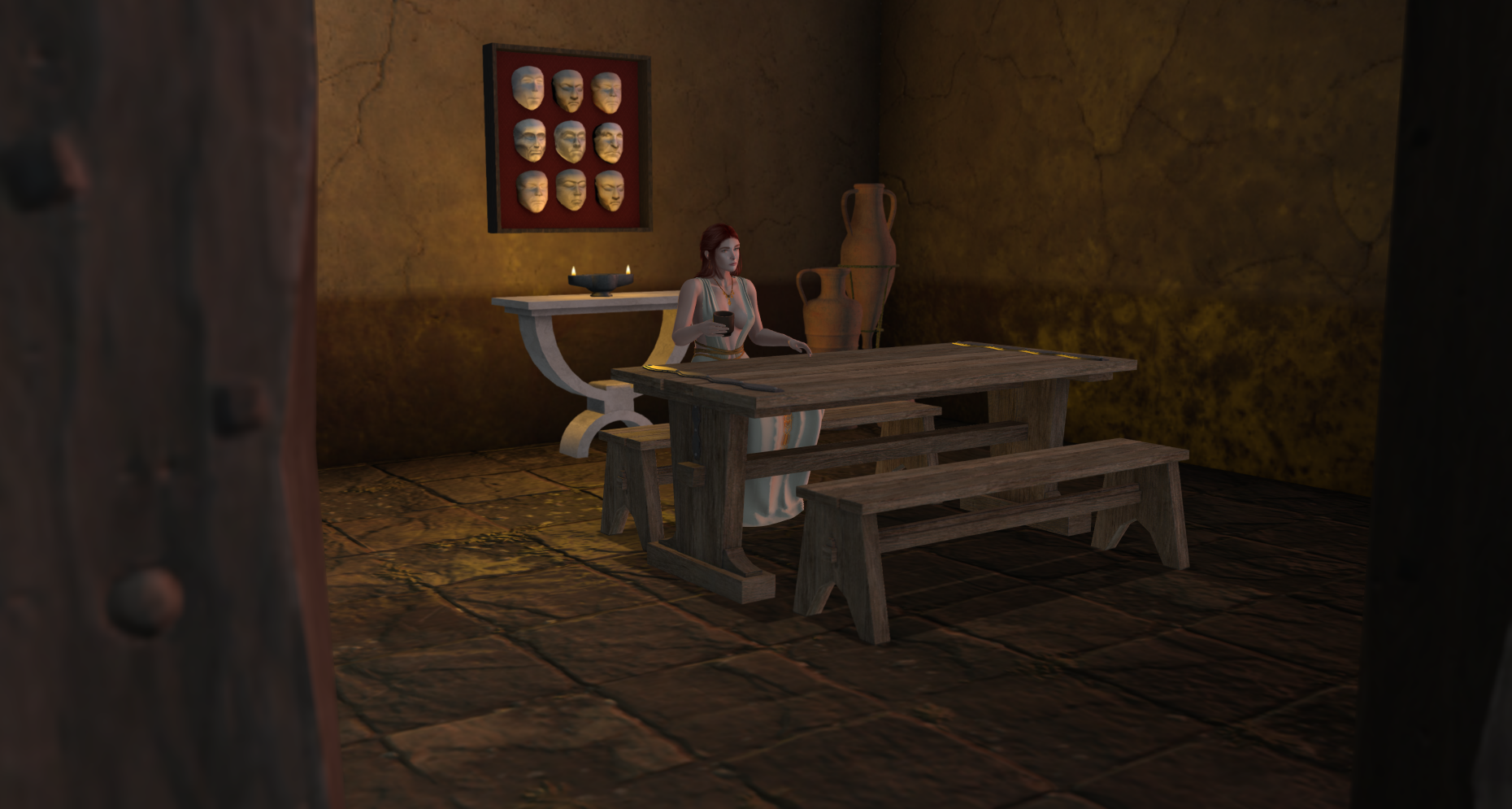 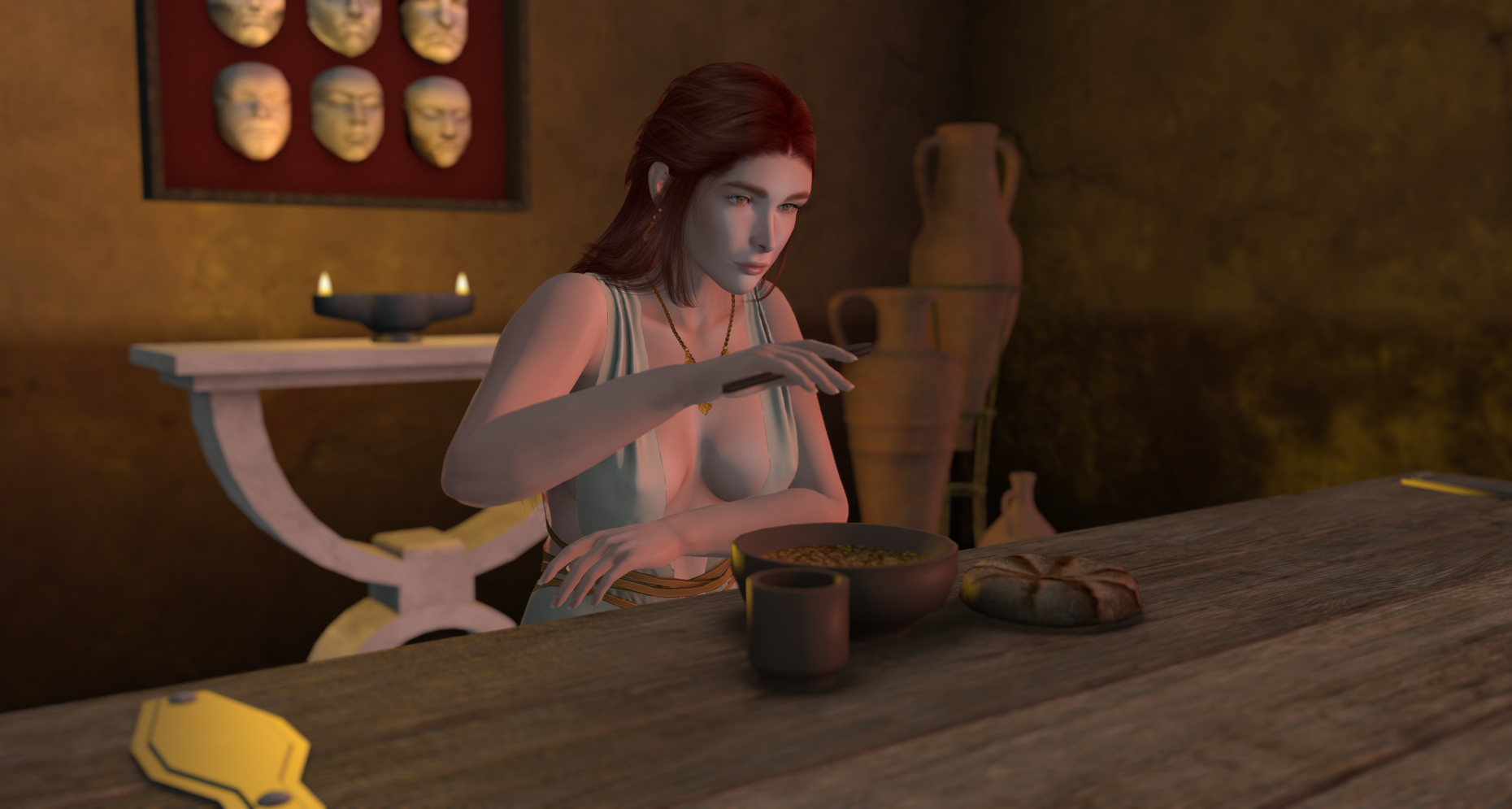