The ancient temple lies half-buried by the desert, its secrets swallowed by the shifting sands. But it is said that at times, when the wind has driven the dunes just so, the legendary Mouth of Truth is once more revealed and those who dare may approach it.

The Mouth of Truth, by Fantavatar & Moonstruck, is based on a marble mask from Rome, likely depicting the face of the titan Oceanus. It has a single pose in which your avatar sticks a hand into the mouth. In her notecard accompanying the product, Luna Barak also shares this:

“According to enduring medieval legend, it will bite off the hand of any liar who places their hand in its mouth, or, alternatively, any who utters a lie while their hand is in the mouth.”

For this scene, I made an oracle out of it instead and placed it among the Ruins by Fanatik. My Truthseeker wears the gorgeous new Pandora gown by Tres, which features three different skirt styles: solid side panels, sheer side panels and no side panels. The skin as well as the eyeshadow and the metallic tattoos are all free prizes in the Free Dove & alaskametro hunt. Don’t miss it, there’s a total of ten prizes, including one more skin. The hair is Echo by Wasabi, which comes with two style options and hair clips that can be turned on or off. 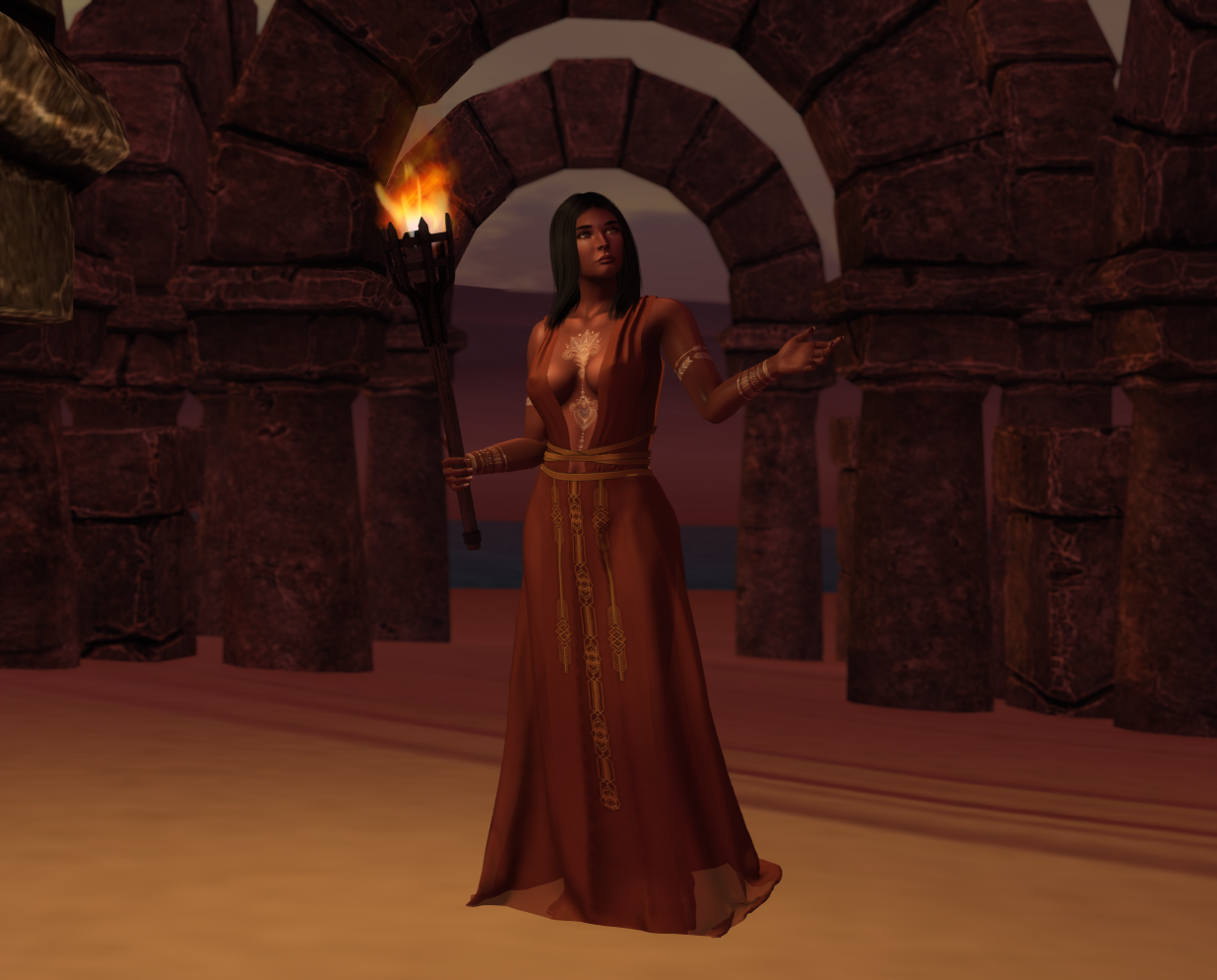 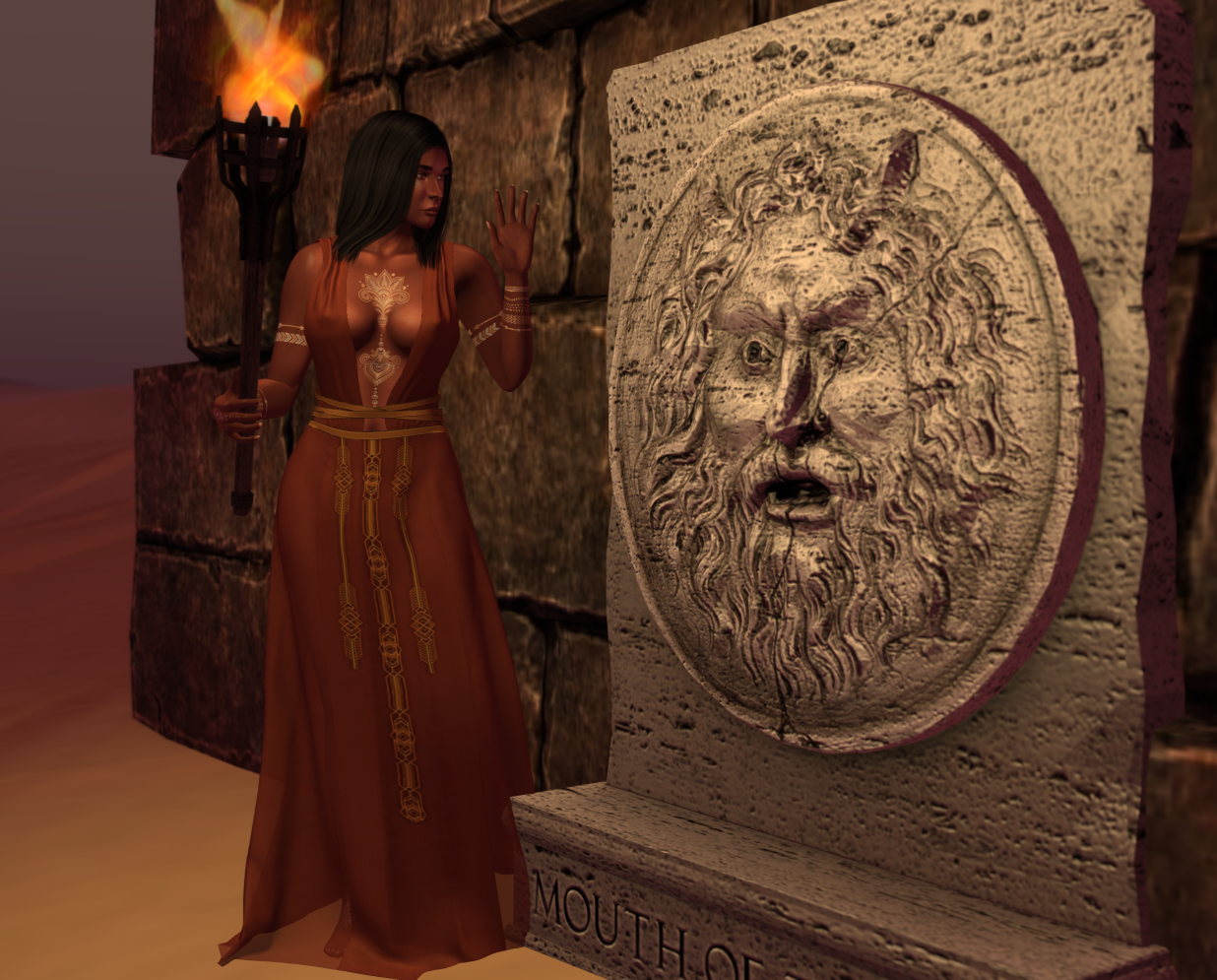