He laboured long and hard, employing both muscle and magic to forge a wondrous horse like no one had ever seen before. When he finally finished, wheels turned within it and a strange flow of red energy flowed amongst its iron limbs, bringing it to life.

One of the best parts of Fantasy Faire for the last few years has been the reveal of the new Teeglepet. I love my “mortal” pixel horses, but the fantastical ones are extra special. This year is no exception as Teegle brings us Aurum, the Mech horse. I love the way this one is put together, with glowing tubes and spinning cog wheels. Depending on the texture and accent colours you pick, you can capture Steampunk, Cyberpunk, etc. The skin I am showing is not the default but a really cool aged metal skin from Mythril which also happens to be an RFL donation item. The poses I am using for the horse are also by Mythril.

Aurum is also equipped with a new beta Teeglepet update that contains quite a few fixes and addons, two of which I really like the sound of:

—Horses can now have a hovertext name shorter than their object name by using “double quotes”: for example, a horse named “Tapple Gao” Patchy Blue (Shetland Stripped 2.6.69) will have name hovertext of “Tapple Gao”. 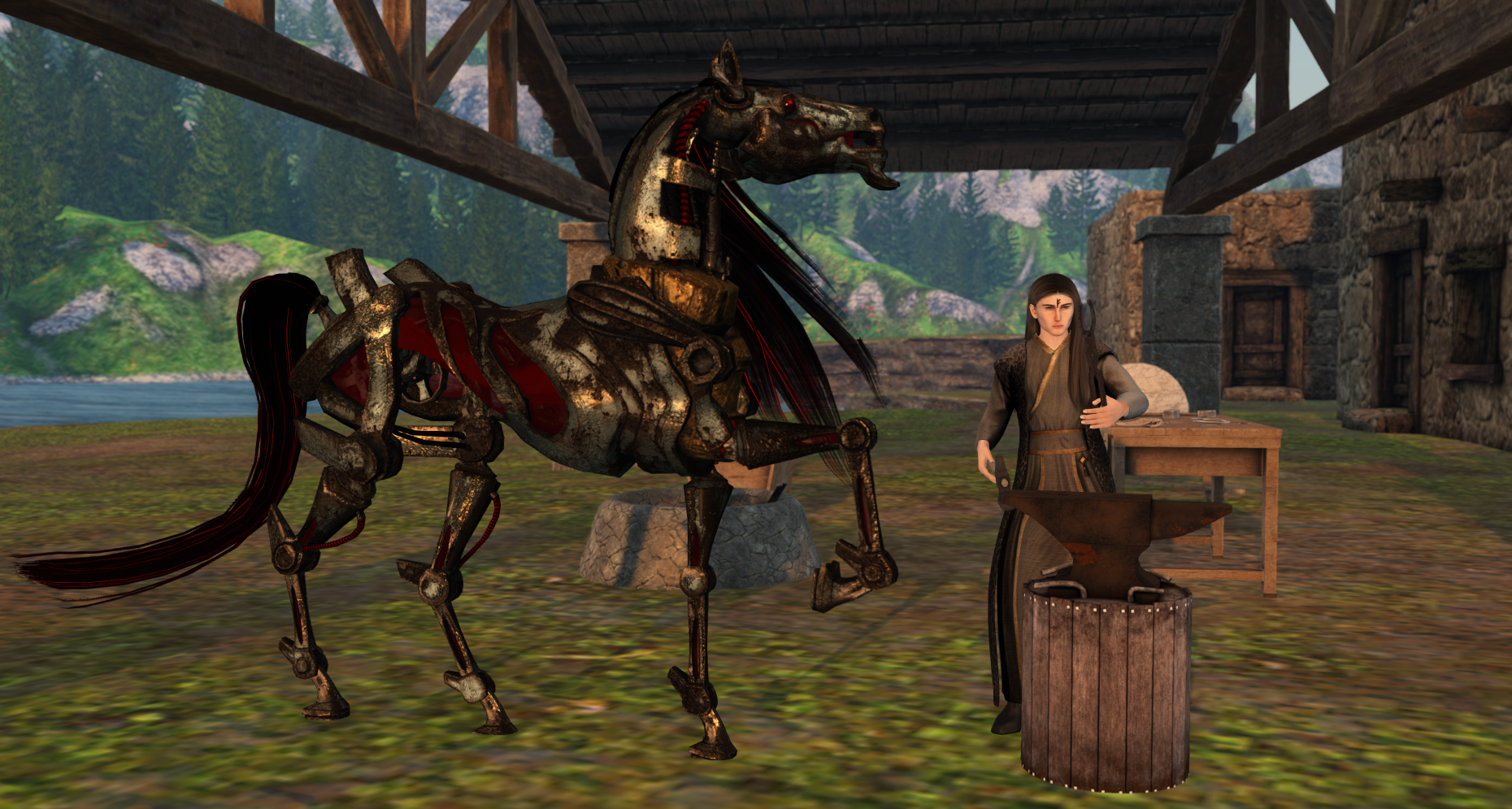 My magician blacksmith is wearing robes by Viki, a Fehu rune facial paint by Brynn’s BoM-Squad (available both for the SLUV and EvoX) and the male version of Shiloh from Wasabi. I love the way the rune is done, it has a very raw and painted look that feels very realistic.

The anvil with animations is by Artisan Antiques and features animations for both male and female avatars. 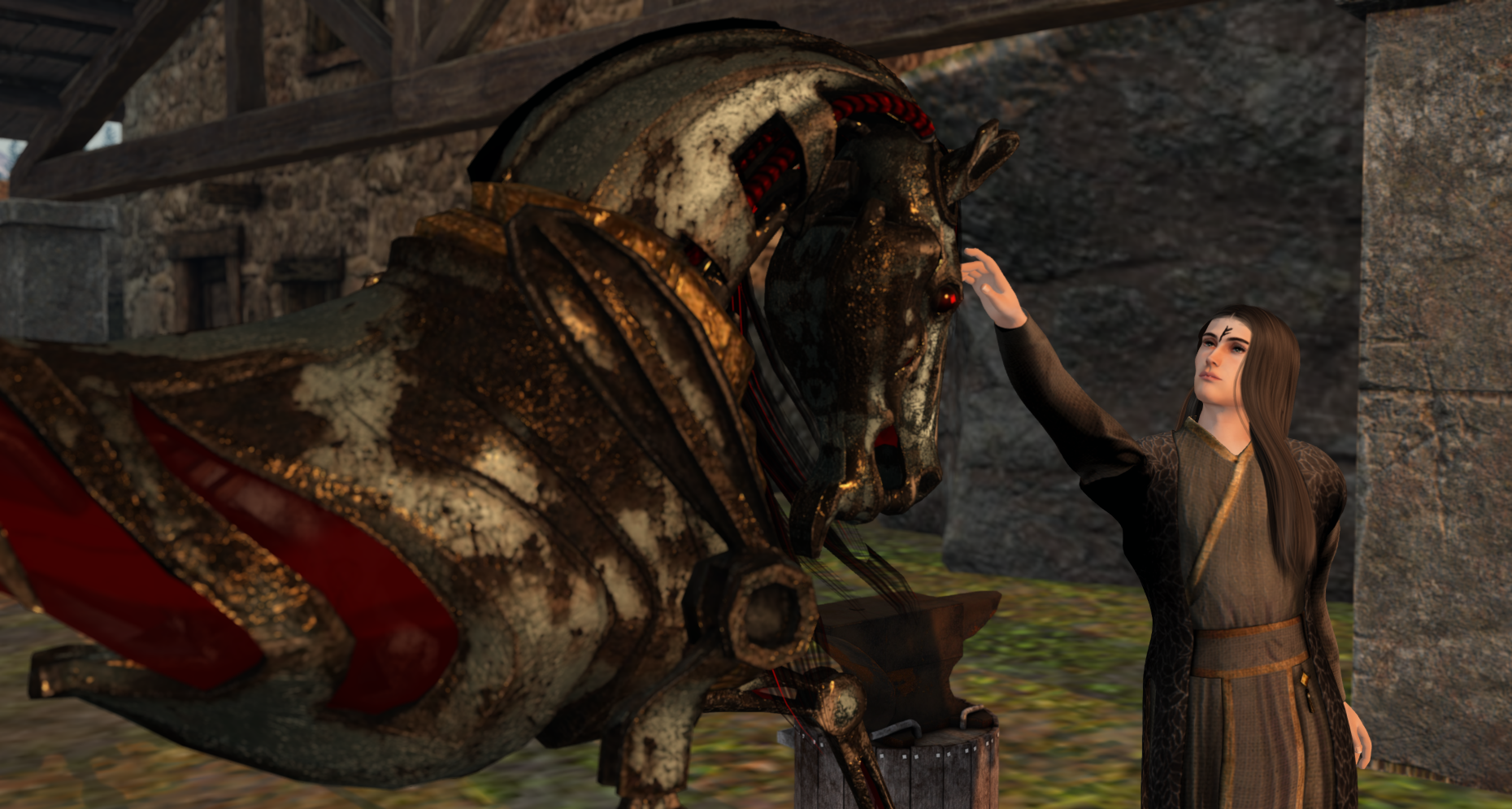