My badly timed taste of Covid, which has left me with an annoying cough and tiredness as well, has meant that I’ve seen far less of this year’s Fantasy Faire than I would have liked. We’ve now passed the halfway mark, the Faire officially ends on the 8th of May, so I will have to get some serious exploring in the next few days. First up, I had to return to Opet, Alia Baroque’s stunning Egyptian-inspired sim. What better place to show off some of the poses in the Isis set from Astalianda as well as the spectacular Dai crown by Bliensen + MaiTai? The outfit is not from the Fantasy Faire, however, but a new NextUp release from deviousMind for the Secret Garden.

Don’t miss the chance to explore Opet as well as the other Fairelands. And while you’re doing so, make sure to find some donation vendors or donation kiosk to contribute to the fight against cancer. 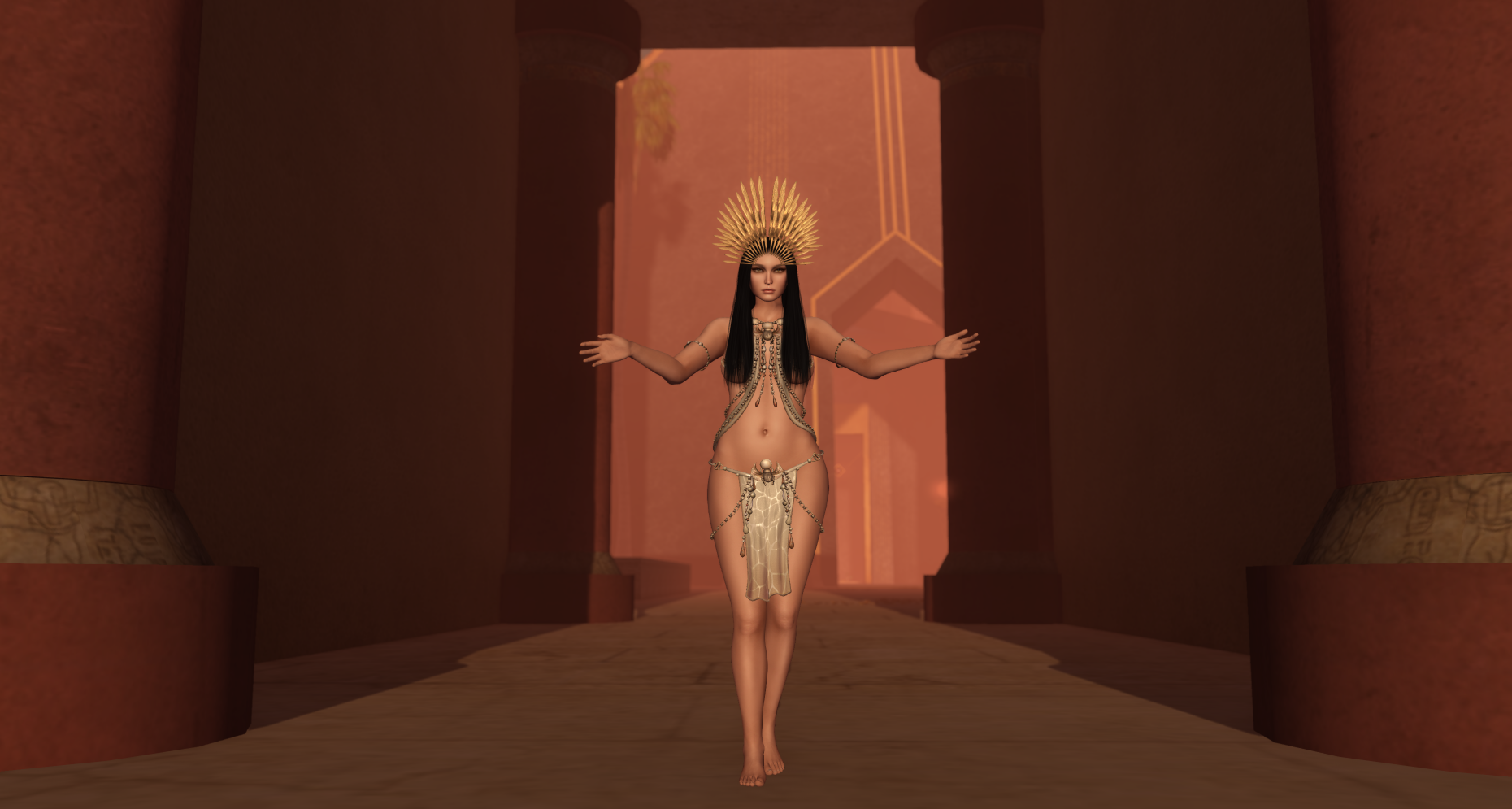 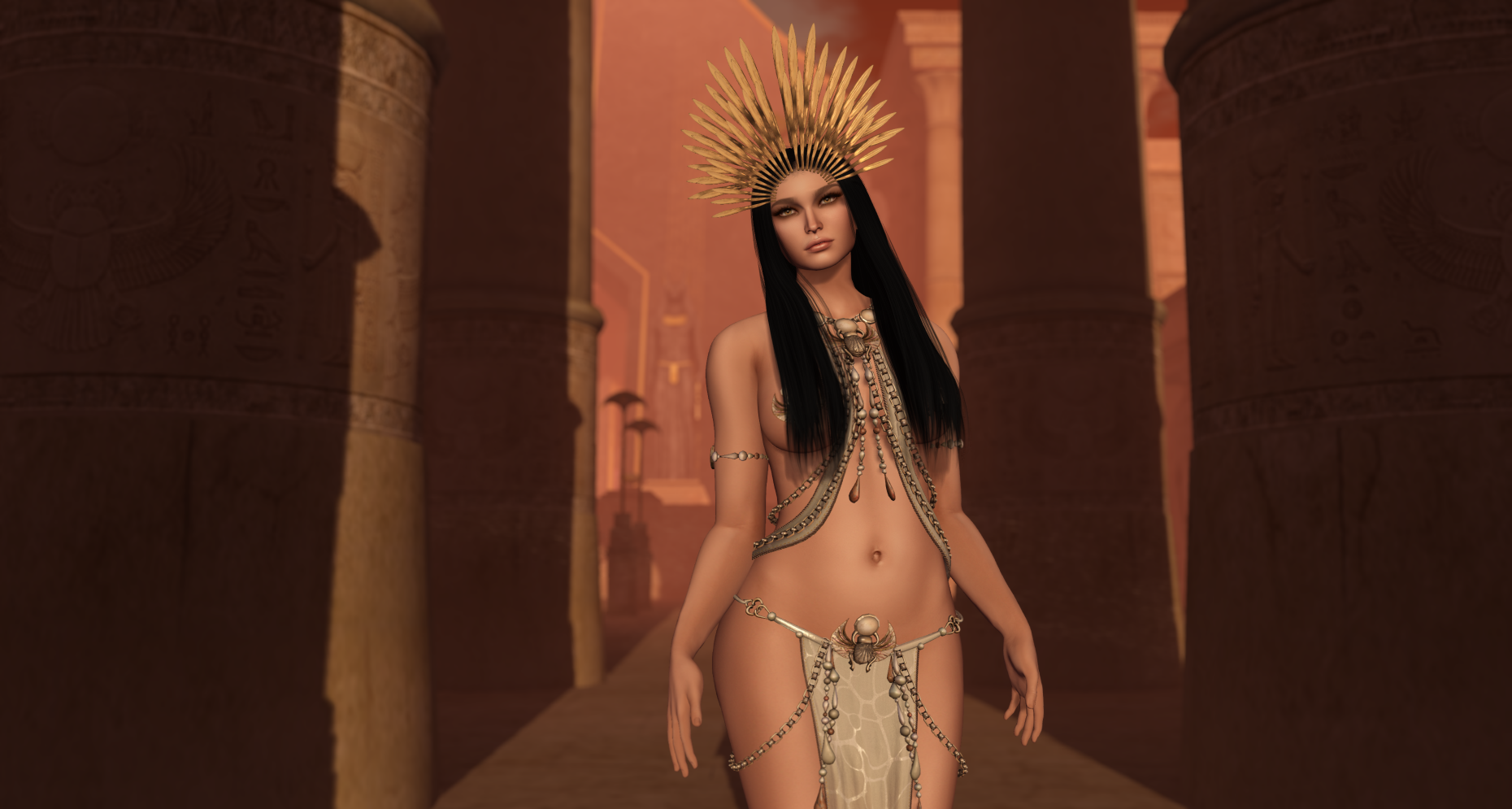 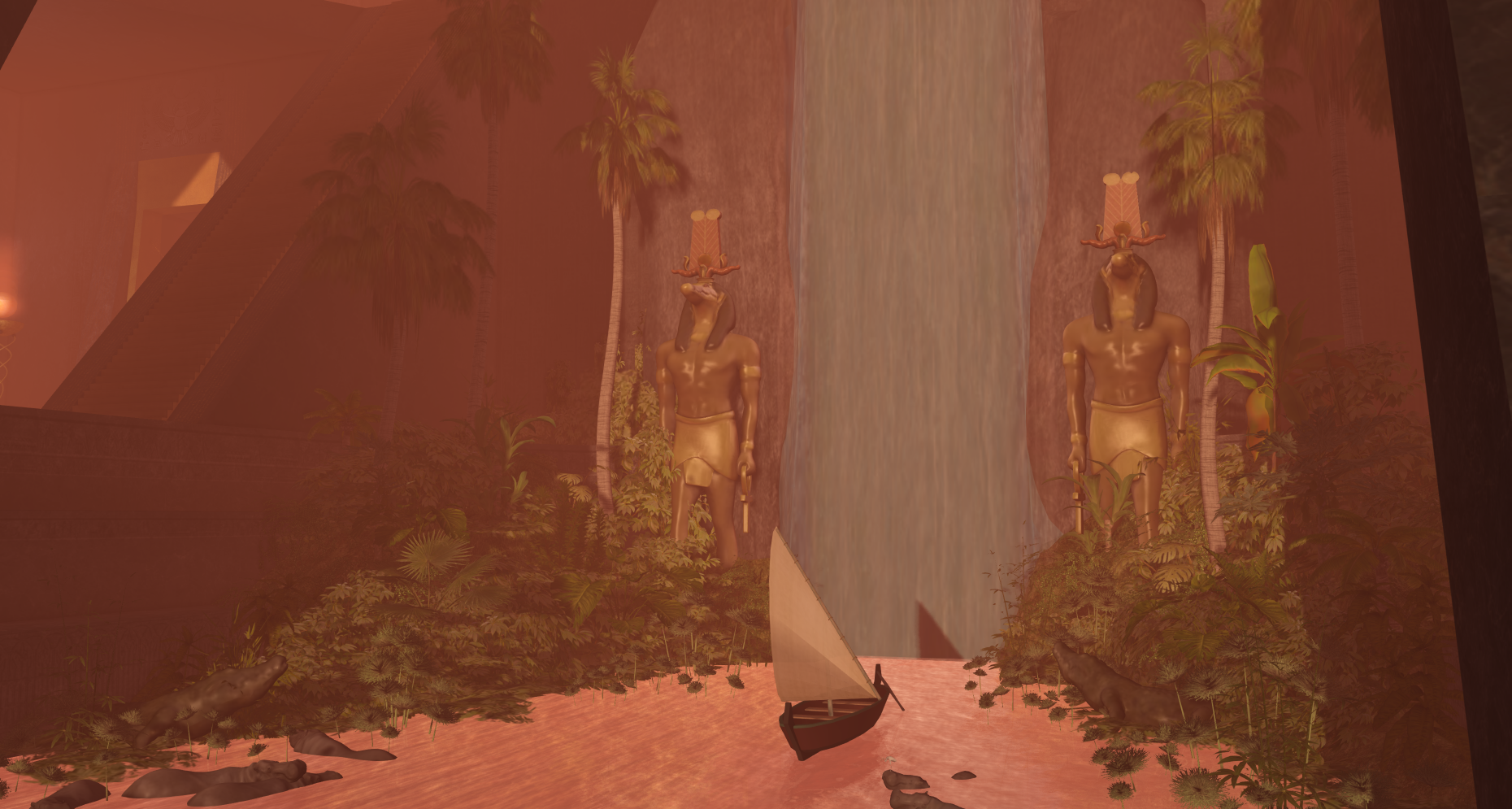 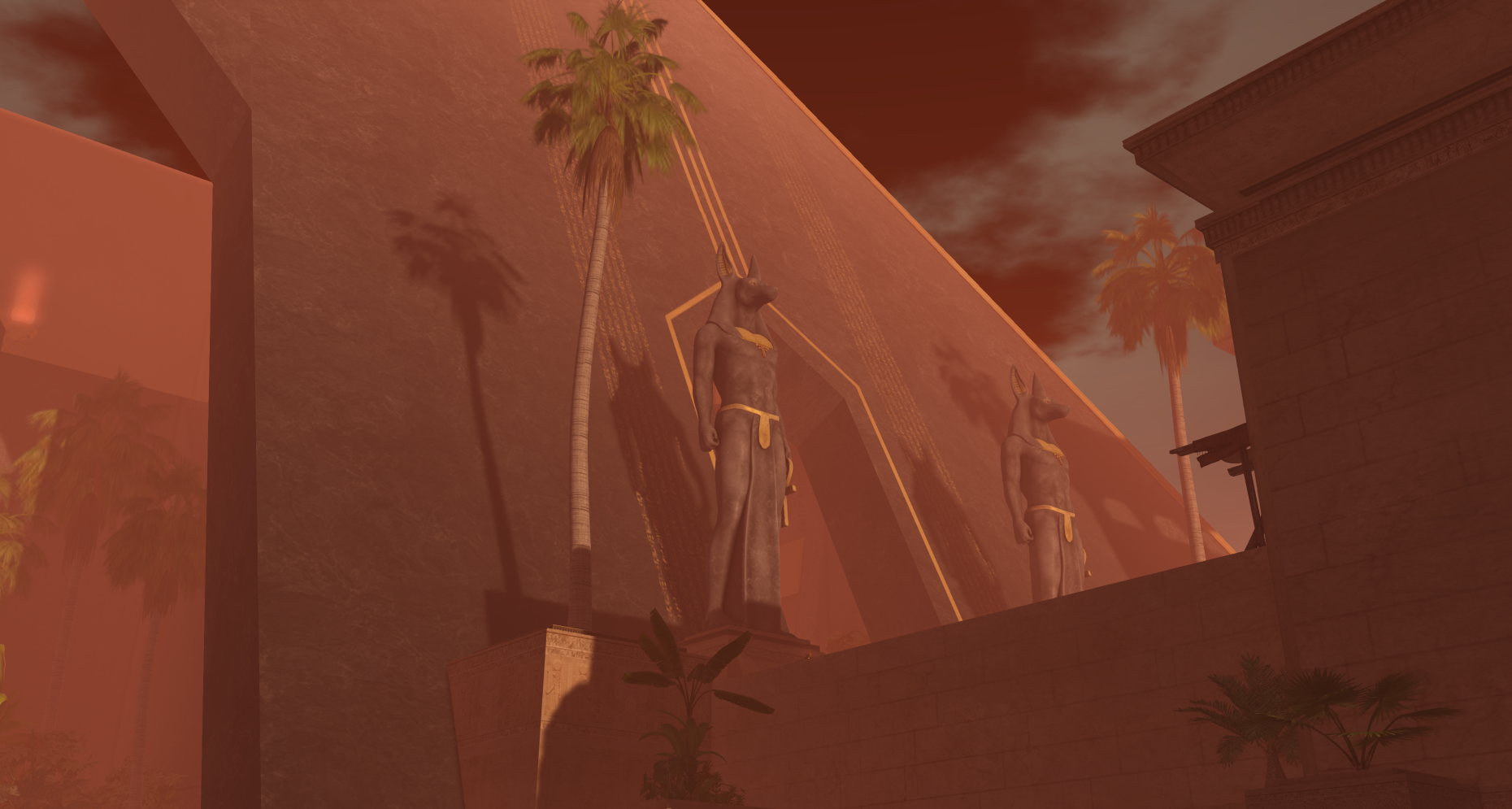