The Traveler’s Tack Set is a new Teegle release at Enchantment’s Witcher-themed round, a very well-equiped tack set with a large amount of possible colour combinations. It is available for all Teegle breeds except the foal and the skeleton, including the massive new Belgian horse which is another new release at Enchantment.

The land is built up using the large islands from Fanatik’s Land Shapes package. 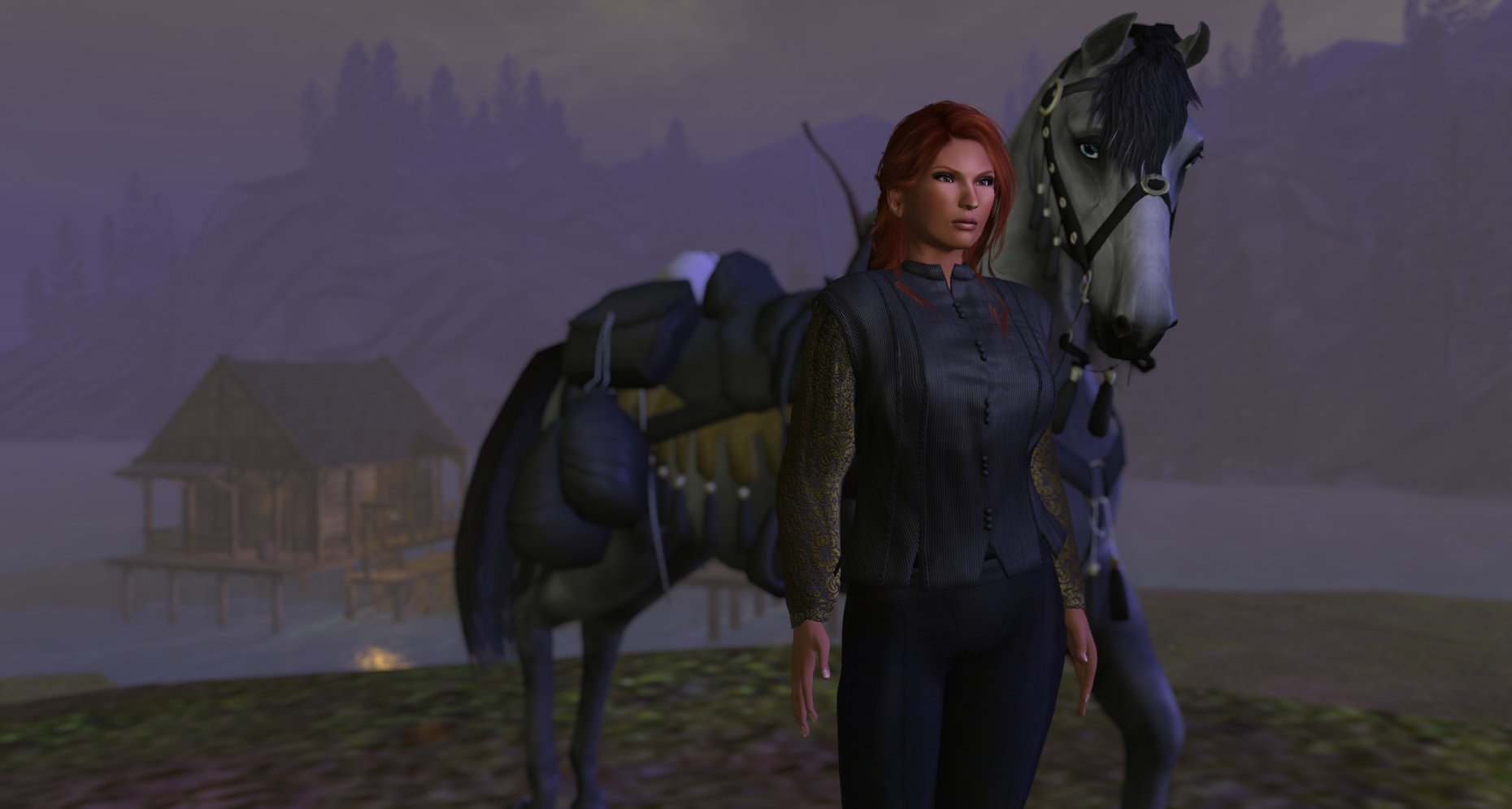 Also at Enchantment is this coat by Old Treasures which comes with and without the sleeves. There is also a pair of pants to go with it but I opted for BoM leggings instead to make it easy to wear boots. 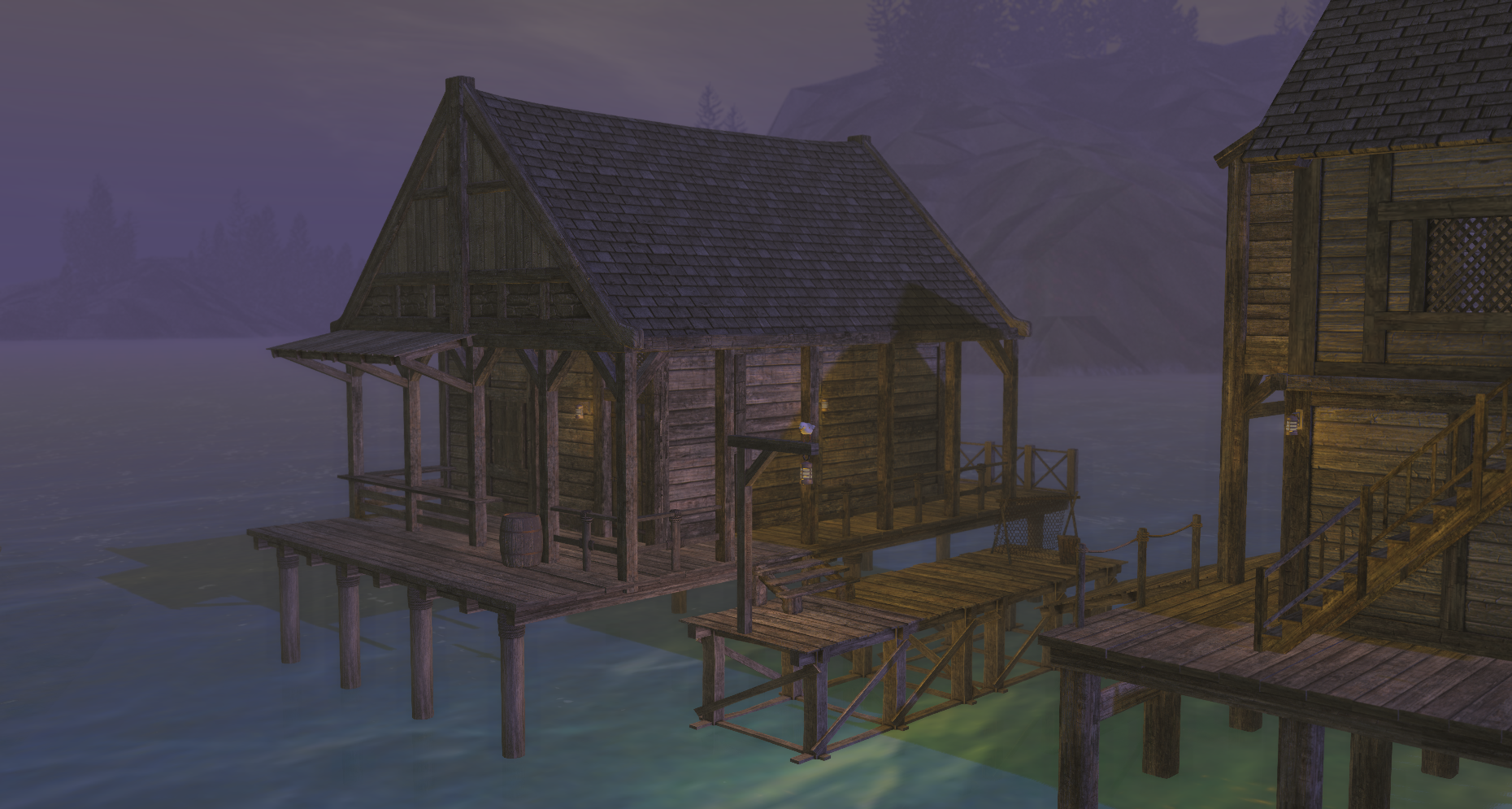 The two houses are part of Del-ka Aedilis Laketown build and until August 30th they are available at Redeux. House Bard is a two-story house with a pier where a boat could be docked. House Girion is also two stories but the lower floor is more of a work or storage space than living quarters. 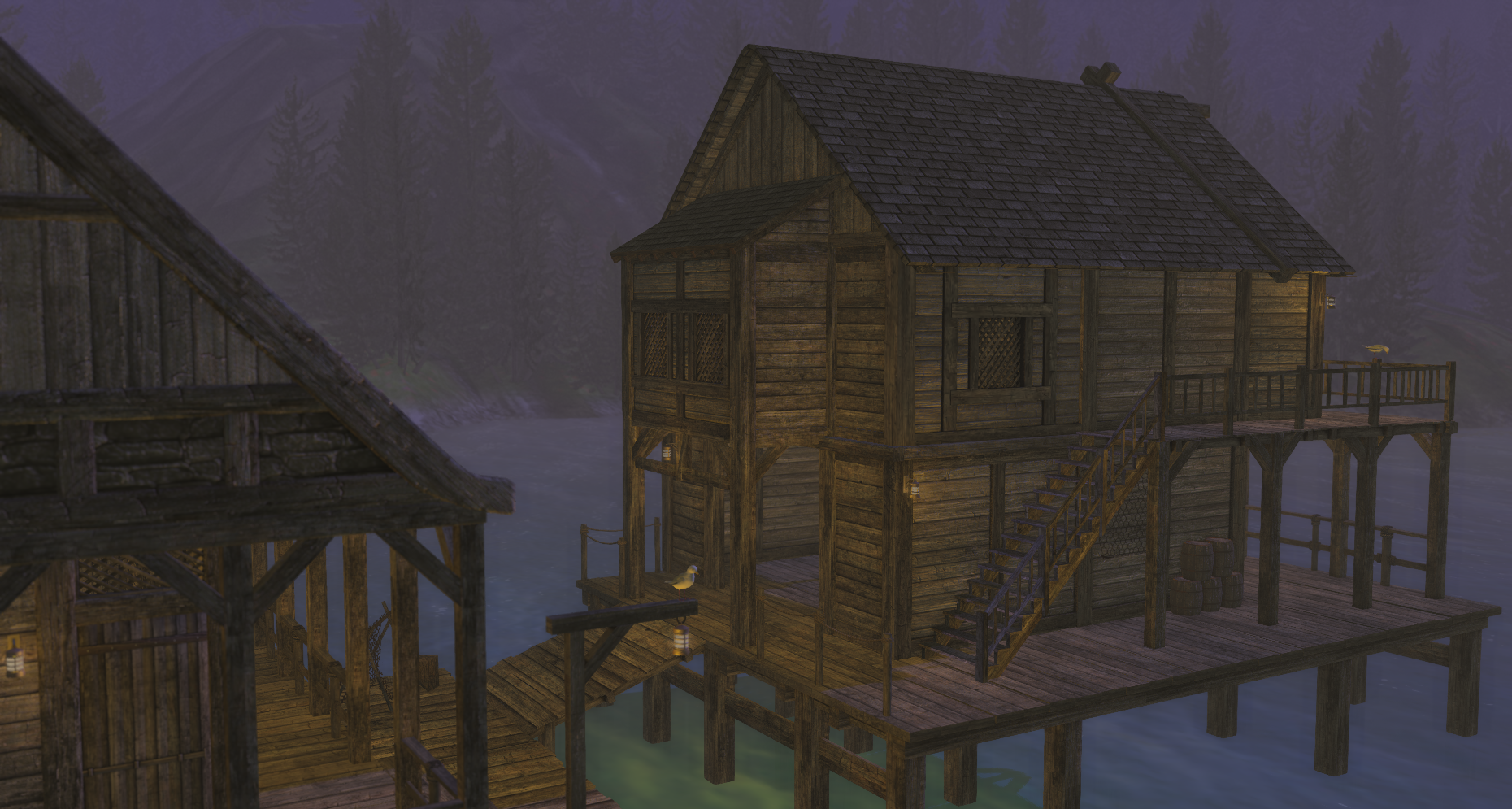