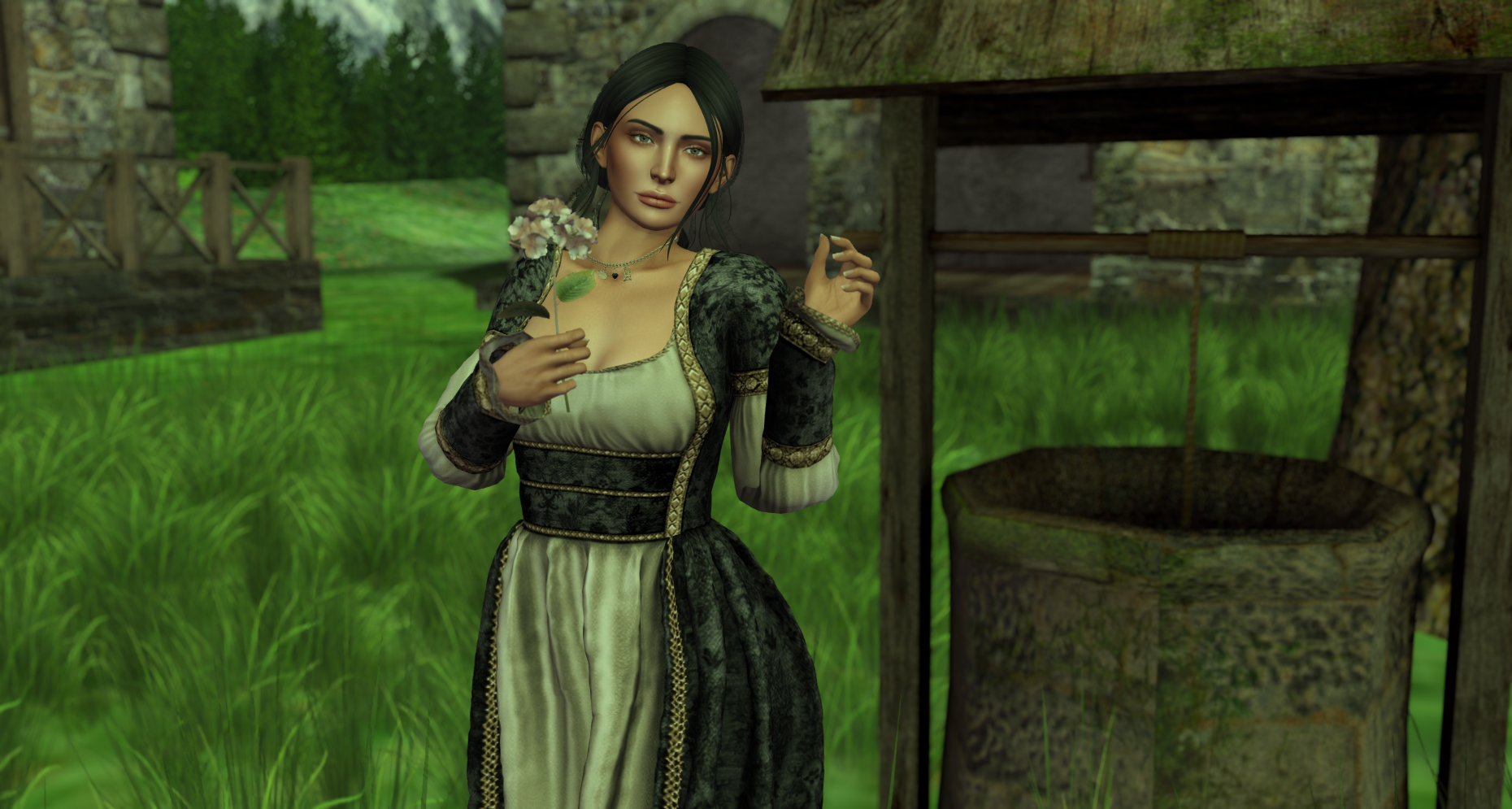 I love the design of the Gwyneth dress from Senzafine. It is fancy but not too fancy and has a very medieval feel to it. It is available for Belleza Freya, Maitreya Lara and Slink Hourglass, though with the right alphas it should work well on Slink Original too.

The pretty charm necklace is by Adam n Eve for Enchantment, which happens to have Sleeping Beauty as its theme for this round. There are several metal options available and different gems for the gemstone in the middle.

The pretty pose with the flower is from a set by Fanxy for Redeux which includes four female poses with flower props. There are also poses for men and some couple poses in the series. 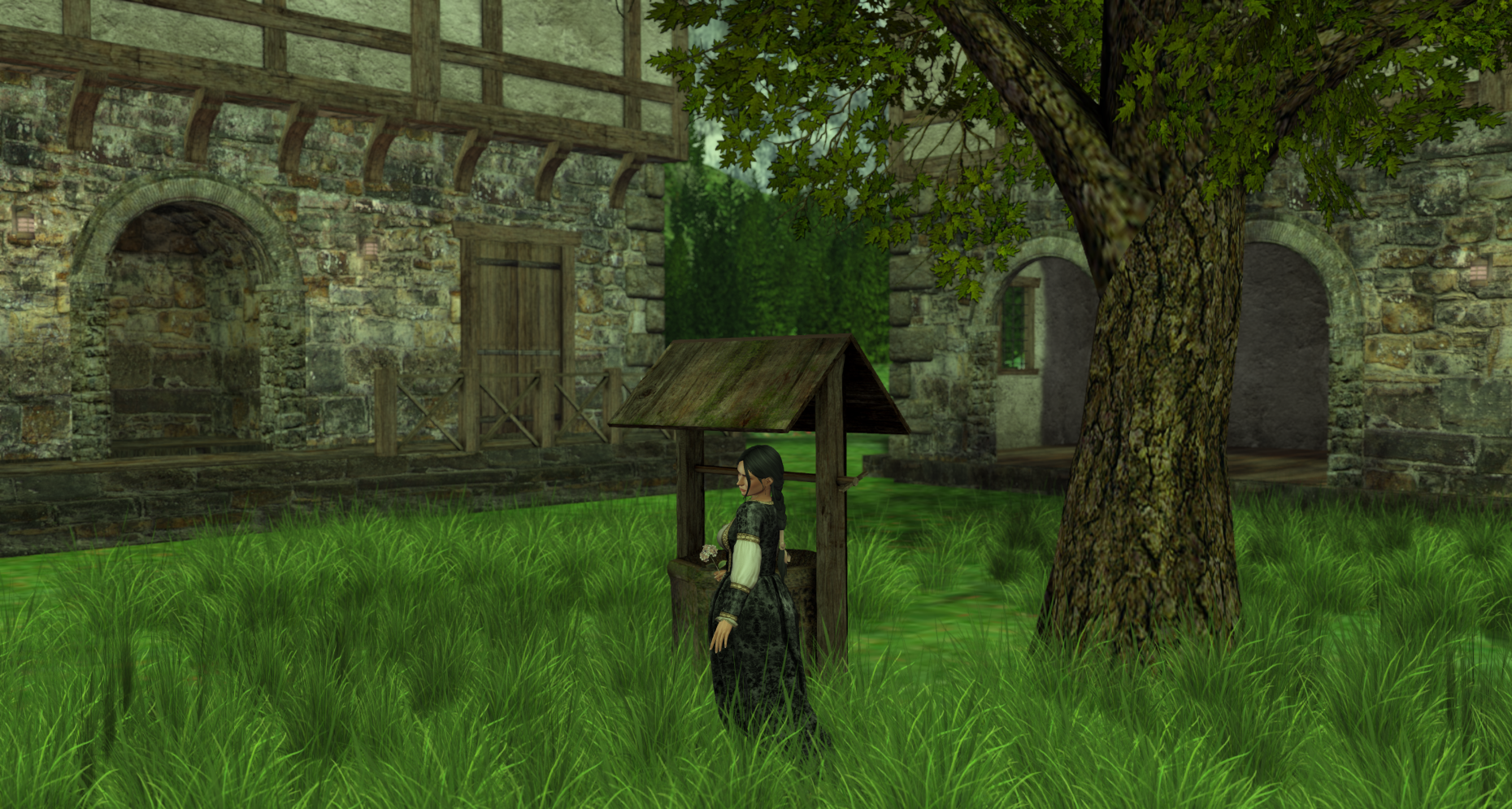 The well is from Del-ka Aedilis for the Fable event, but I am using the basic version rather than the more elaborate with flowers around it. There well is available with and without the Frog Prince-inspired poses and either way it makes for an excellent medieval well. 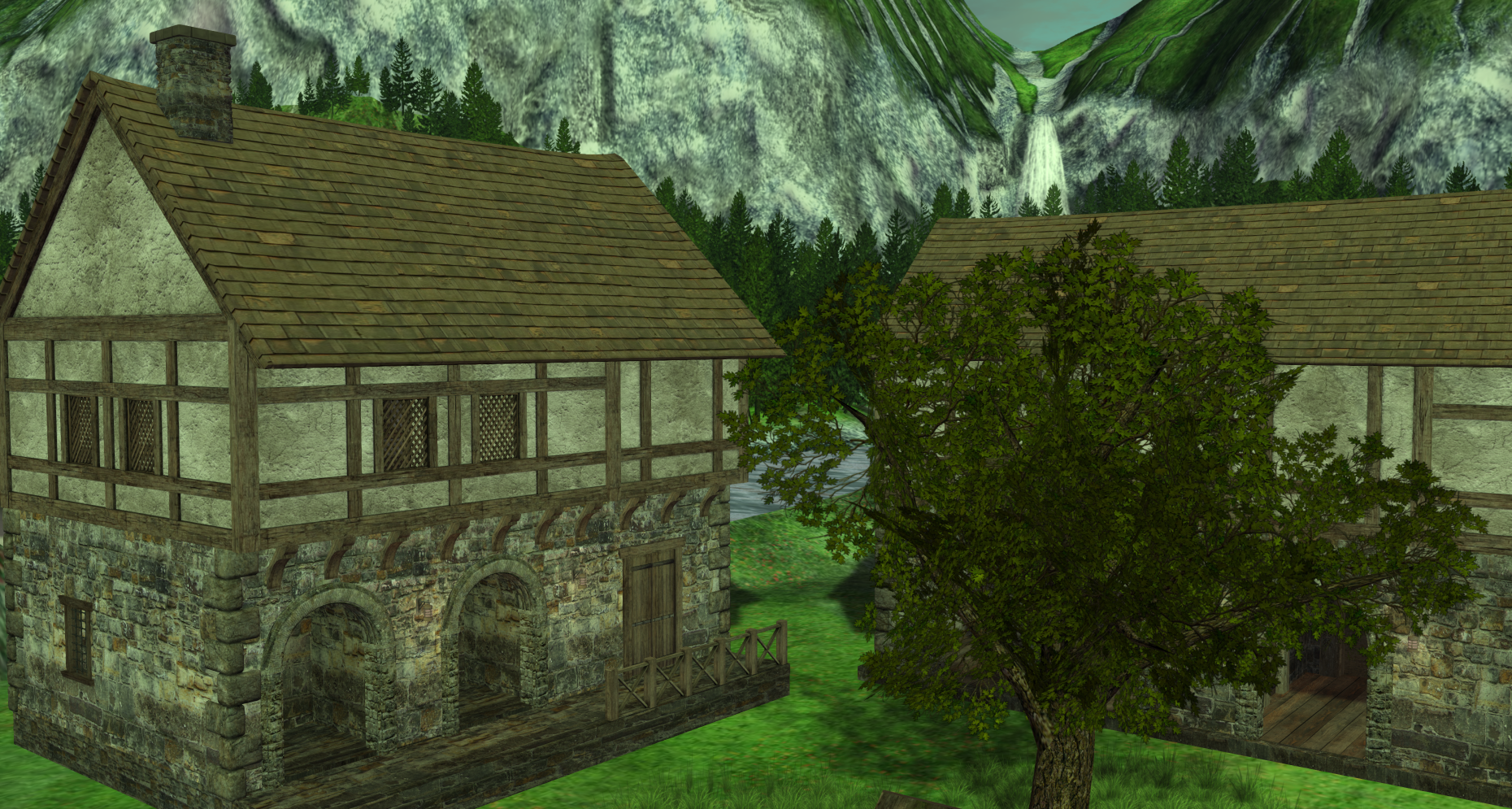 Finally, we have a whole build from Del-ka Aedilis on sale at Redeux. It is the Harbour House Hjalmar, which fits in with the rest of the medieval series and offers a house suited both to residental use on the upper floors and perhaps a business on the lower floors.