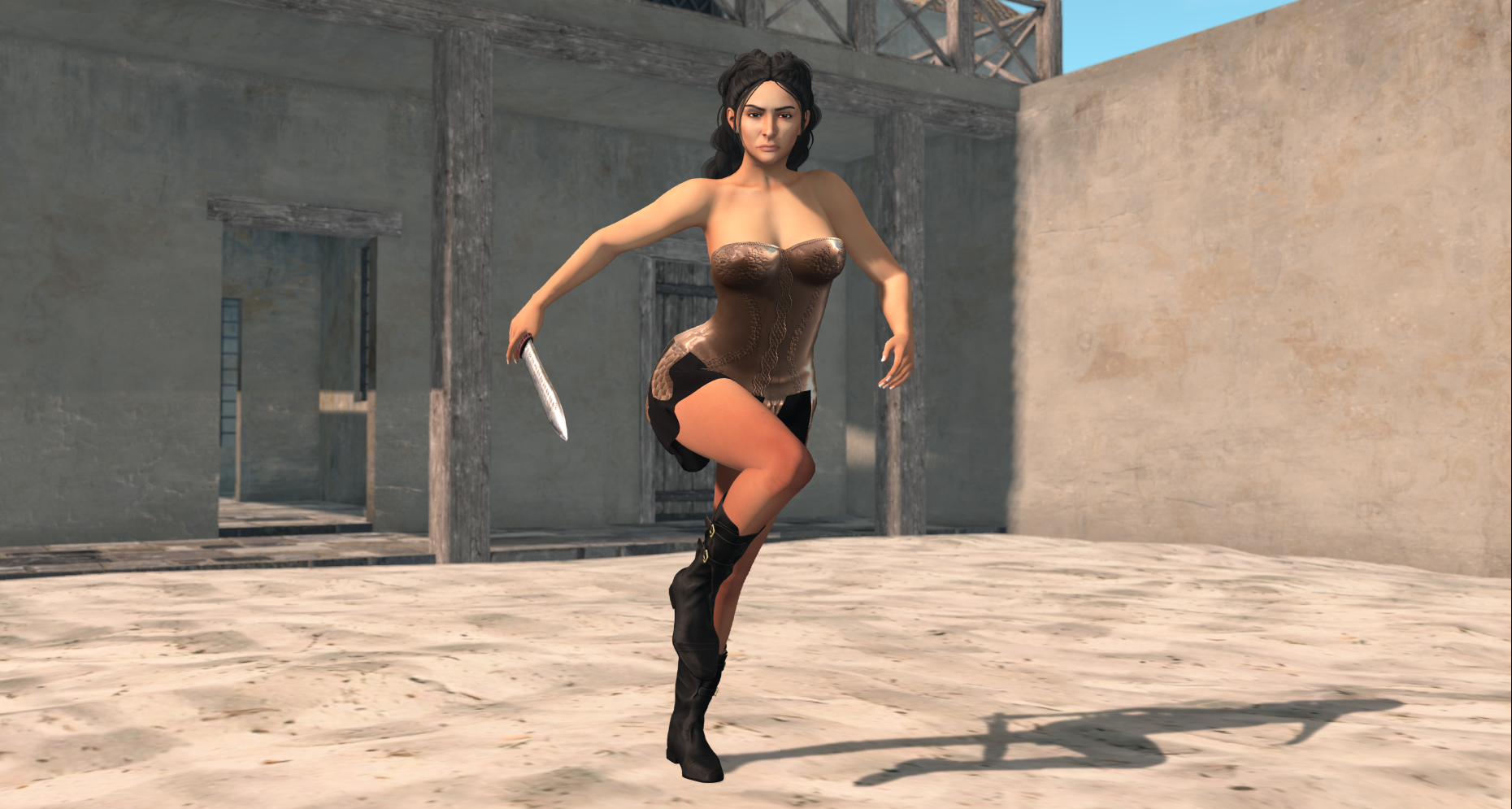 A few examples have been found of female gladiators, so I am not actually being anachronistic here. The sword I am using is also appropriate—the Roman gladius—though my outfit (also from Redeux, by Faida) and boots aren’t right for the period. But I like to take a bit of fantastic license. 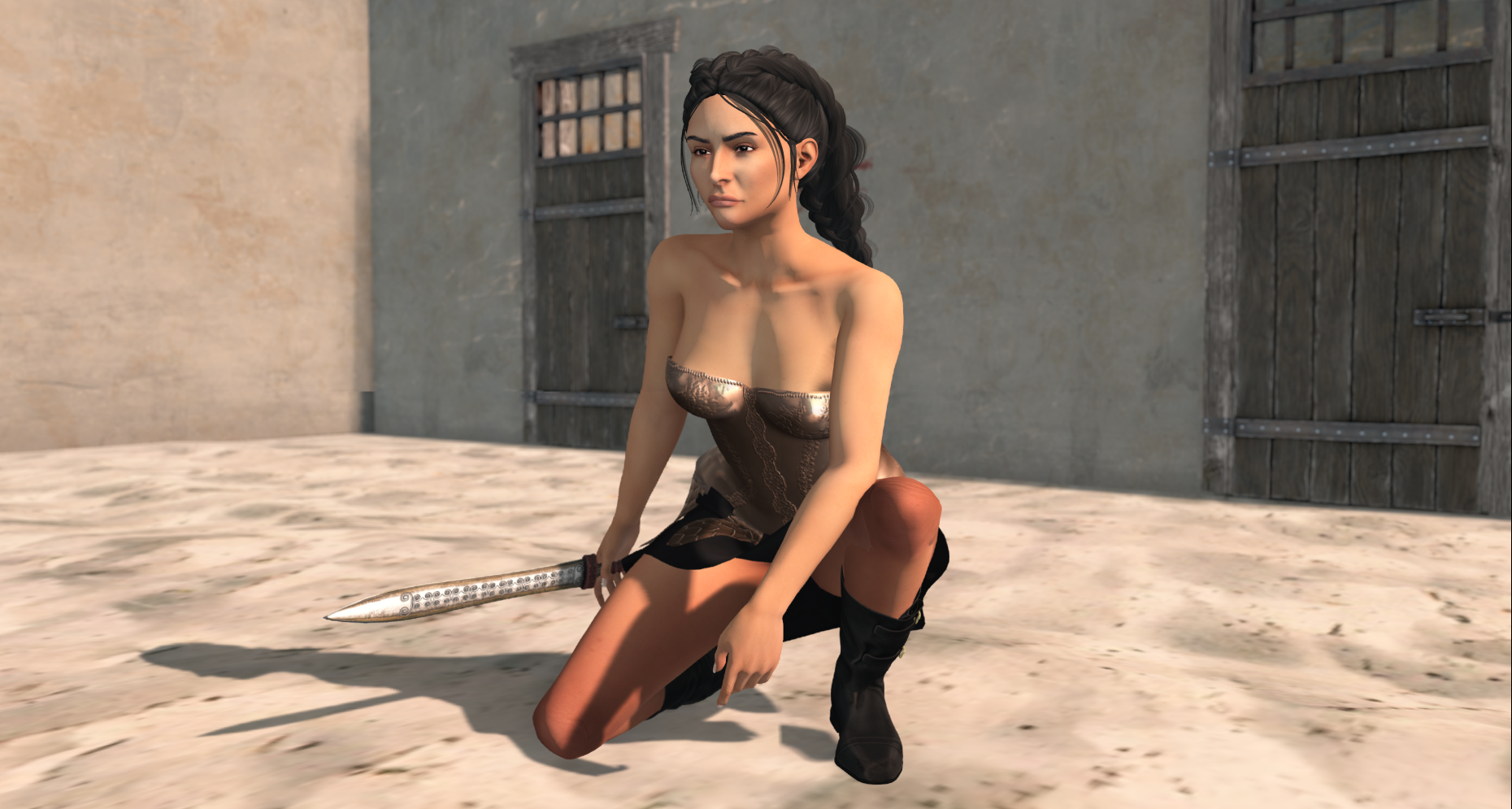 This is my first blog using the Erin head from LeLutka which I picked up just last week. I am still sorting out precisely what I think about the Evolution line—they don’t seem to play particularly well with most skins not designed for them, which is a drawback in my book. This DNA skin works well, at least.