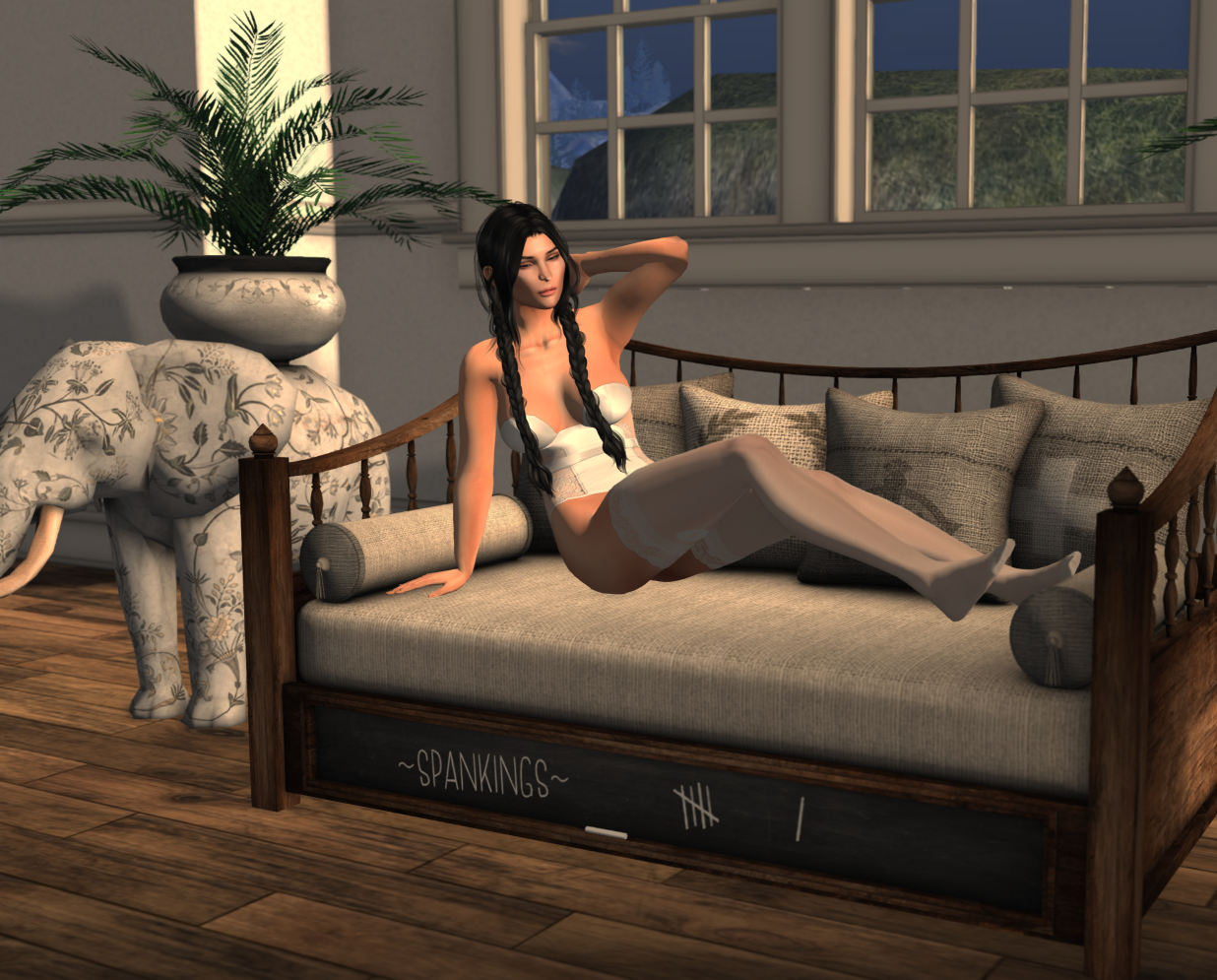 The applier lingerie and stockings (with its charming details of a heart-shaped lock and a key at the back) are both from Luxuria. Appliers remain an excellent option for all bodies, especially if you want to layer something over them.

I couldn’t resist using Magika’s Thea hair again, I really like those braids. 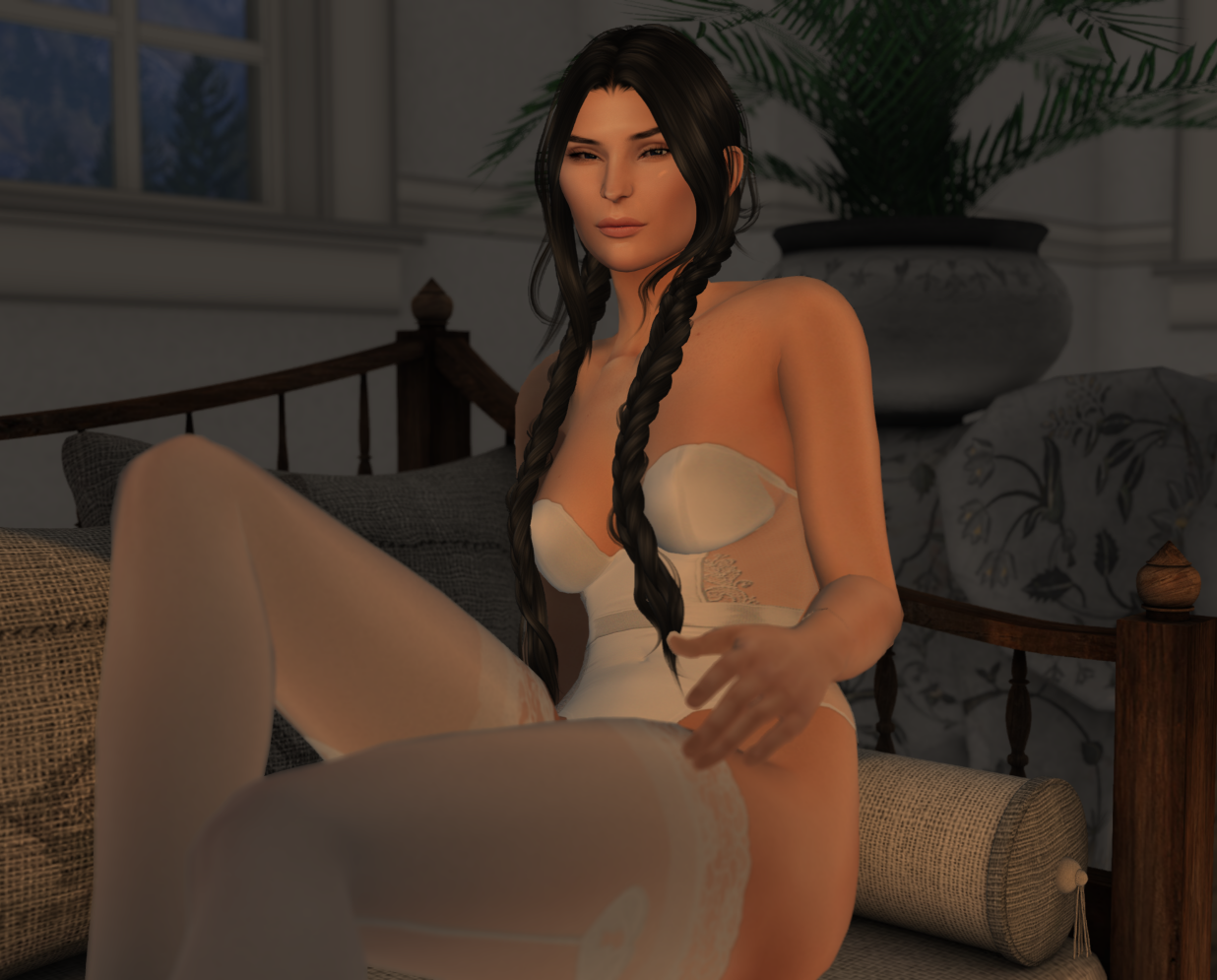