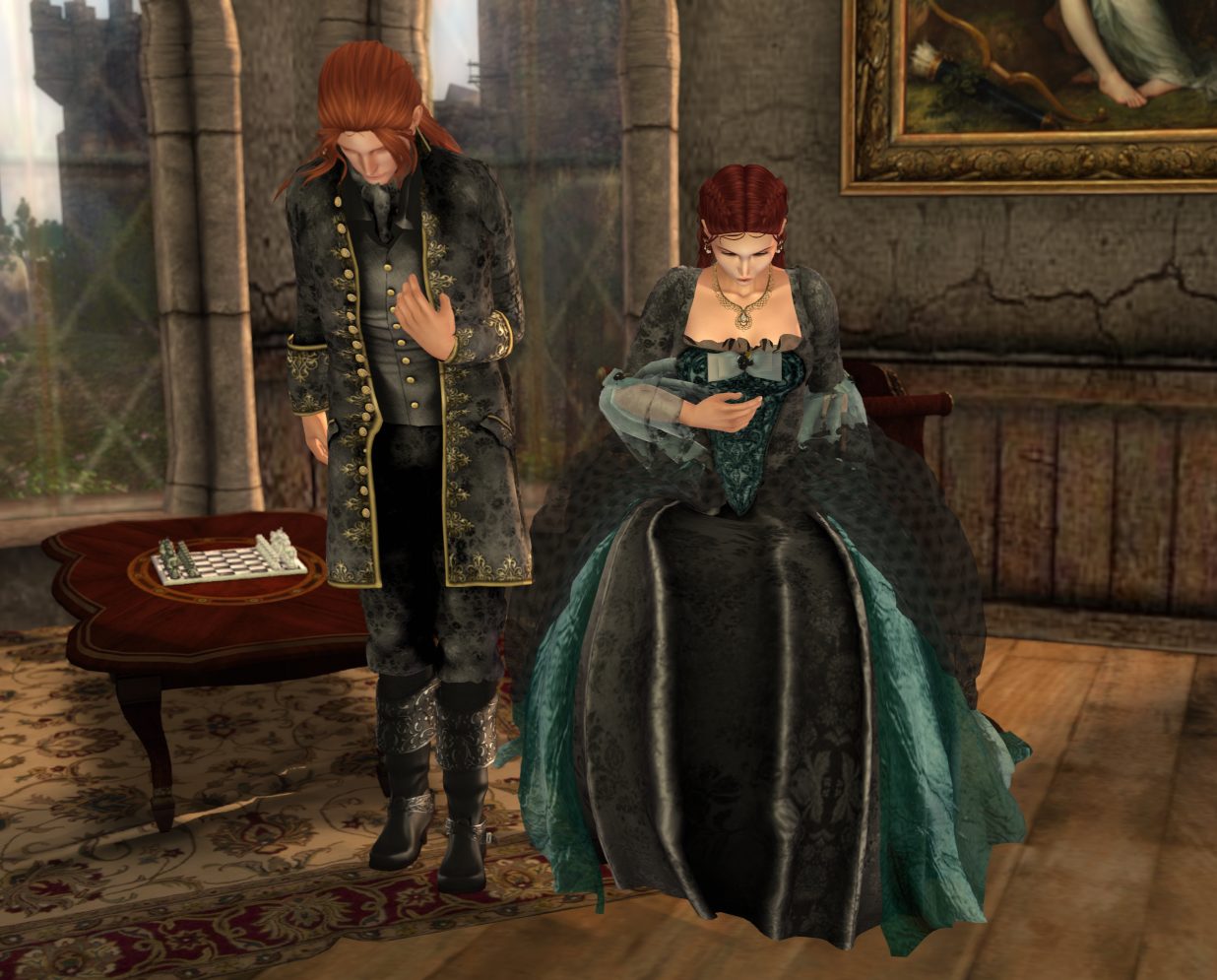 Ran wears the Golden Age Baroque Frock Coat together with the Assassin boots from lassitude & ennui. It really should have been worn with heeled and buckled shoes instead, but he hasn’t found any new ones for mesh feet.

One small issue with the outfit is that it comes with a pair of black socks that are system layer only. They are optional but you do need them if you want to wear shoes and not boots. However, he solved that with a pair of knee sock appliers from .(JavaScript must be enabled to view this email address). And once bakes on mesh show up it won’t be an issue at all. 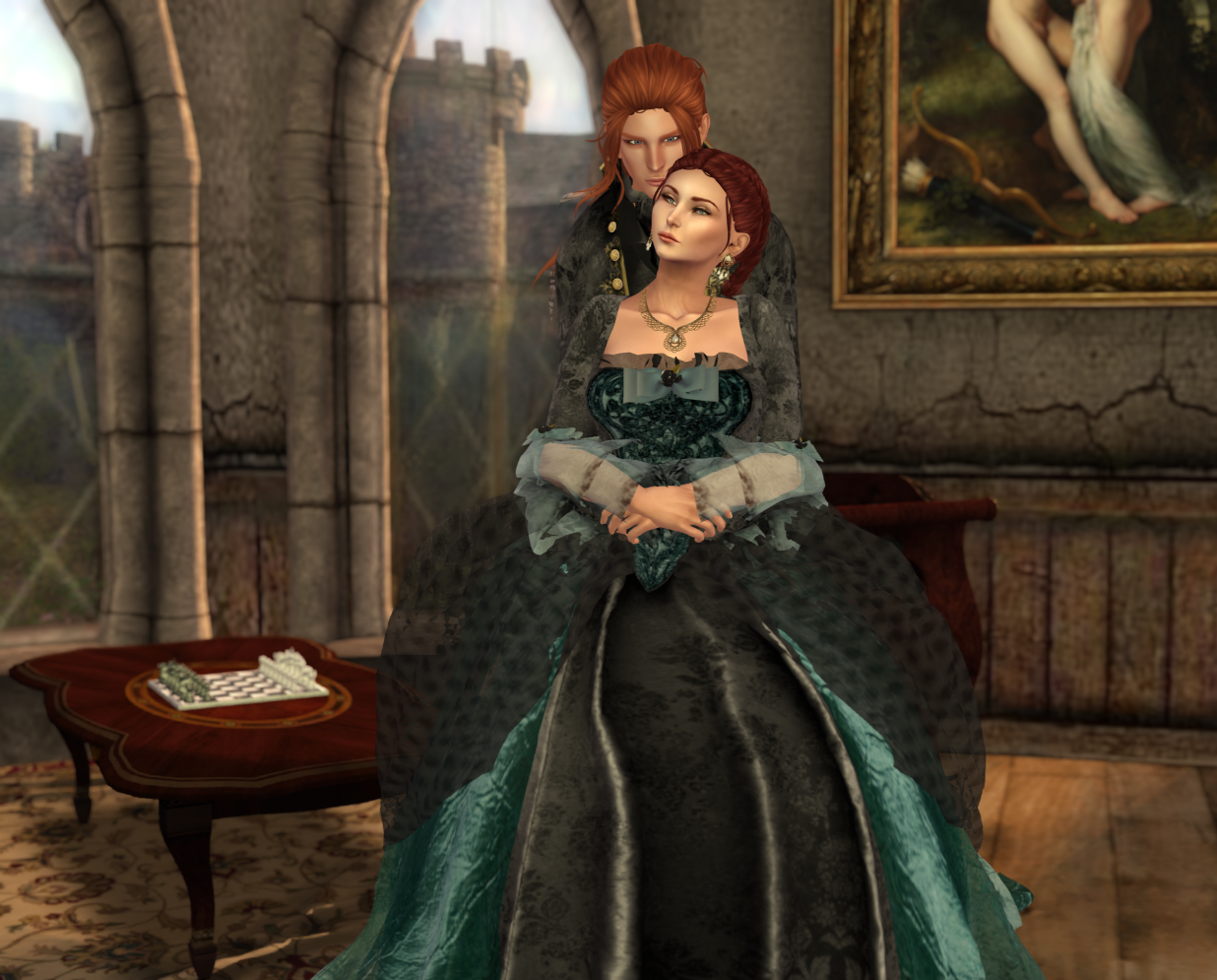 The matching Golden Age Baroque Gown is in a style that I would dearly love to see more of in SL; once fitted mesh took over from sculpts, big gowns fell out of favour a bit. But they can be done very well in fitted mesh too, though sitting in them is always hit and miss.

In fact, that is why the chess set from Dutchie is just sitting there on the table rather than being played; the animations were not made for a baroque ballgown. ;) But I will revisit the chess set soon, probably with a video.