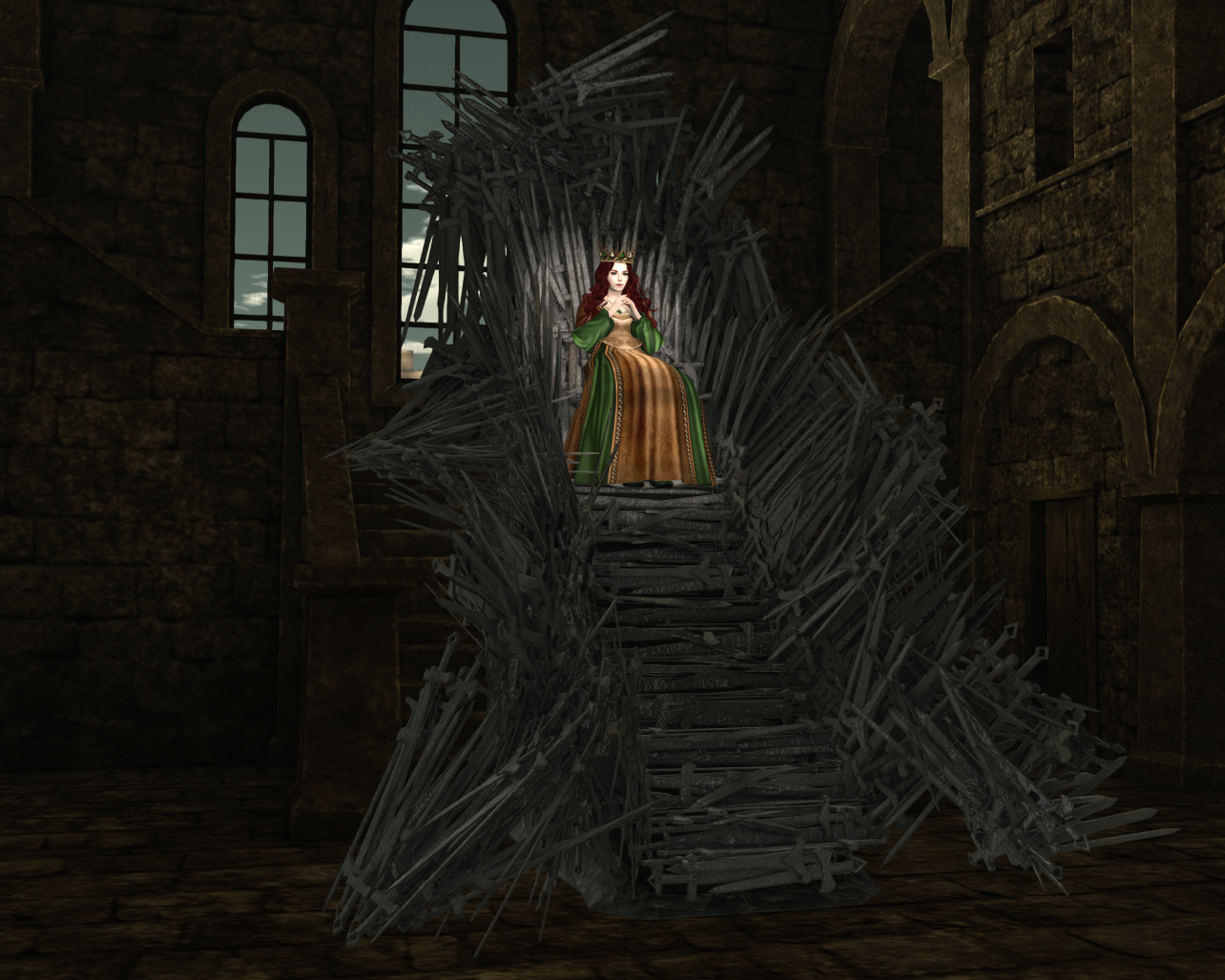 Death Row Designs decided to tackle the task of creating a throne based on the actual Iron Throne, the one described in the A Song of Ice and Fire novels. The task was made easier by the existence of Marc Simonetti’s painting, approved by George R.R. Martin himself, but it was still no mean feat to bring this into Second Life.

The throne does have its own animations (included some adult ones, which I find to be a highly dangerous idea! ;), but I opted for using the Majesty poses from oOo Studios. 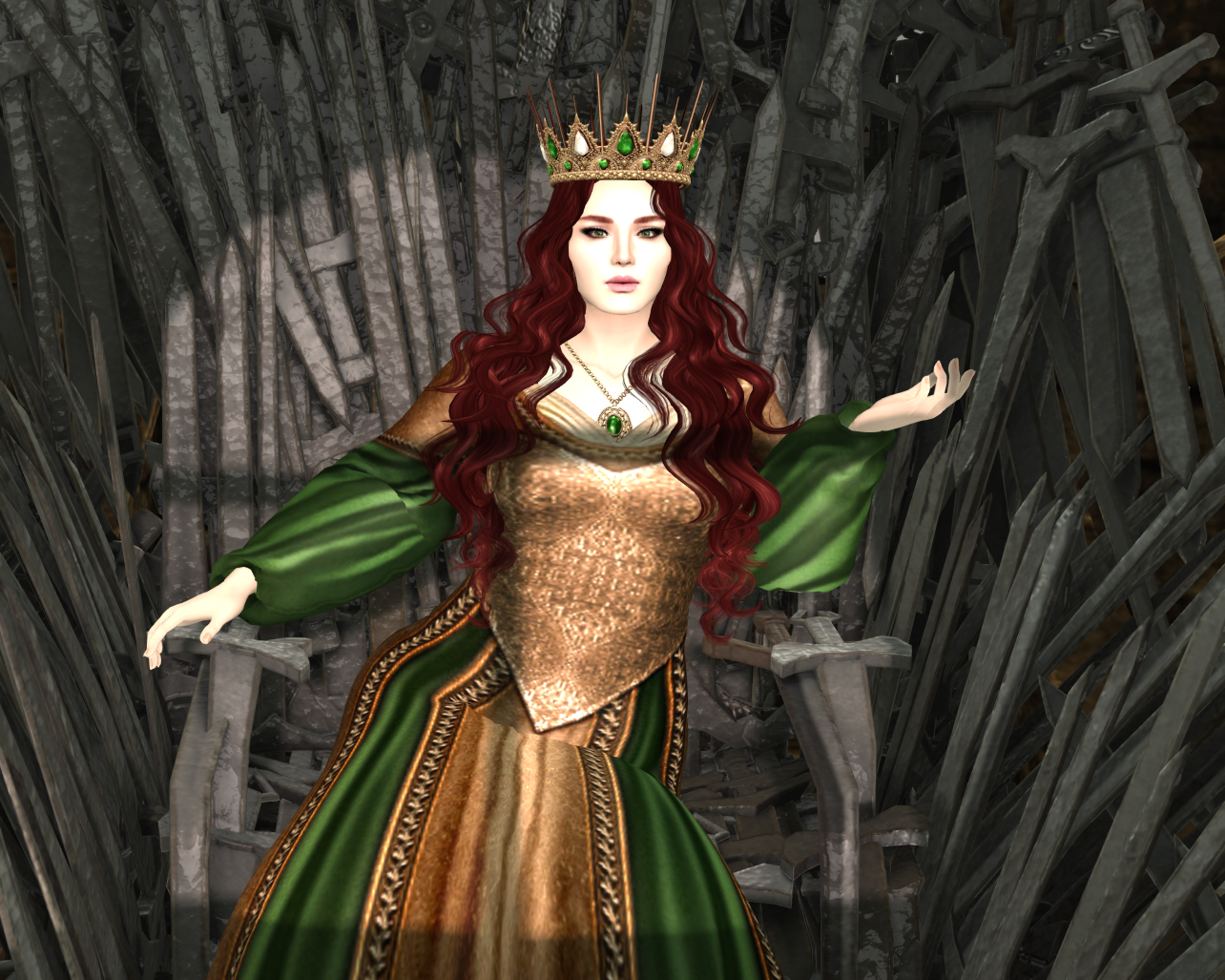 At the next round of WLRP, you will be able to get this very royal Nealane crown with matching Everild necklace (and earrings, but the hair hides those) from Aisling. Both sets come with a HUD that has a wide range of metal and gem options. This is classic fairy-tale opulence and the options mean you can take the crown from frosty winter queen to dark queen or anything in-between.

The hair is a brand-new release from Analog Dog called Zoe. As usual, I love her wild curls.

My gown is once again Senzafine’s gorgeous Rosalind gown, here in one of the green shades available on one of the five colour HUDs, and I am wearing the Iris skin from Tuli.