Thanks to a bout of norovirus last week that I am still not feeling recovered from, I have an even bigger pile of pretty things to show off than usual. My apologies to anyone that I owe a post! I did manage to put together a little scene today, though I fear I may be less verbose than usual as I have a couple of reviews to write for Westeros.org for our Game of Thrones-coverage. But enough of the excuses and on to a pair of very cool sets from the Fantasy Gacha Carnival and a beautiful gown from We Love Role-Play. 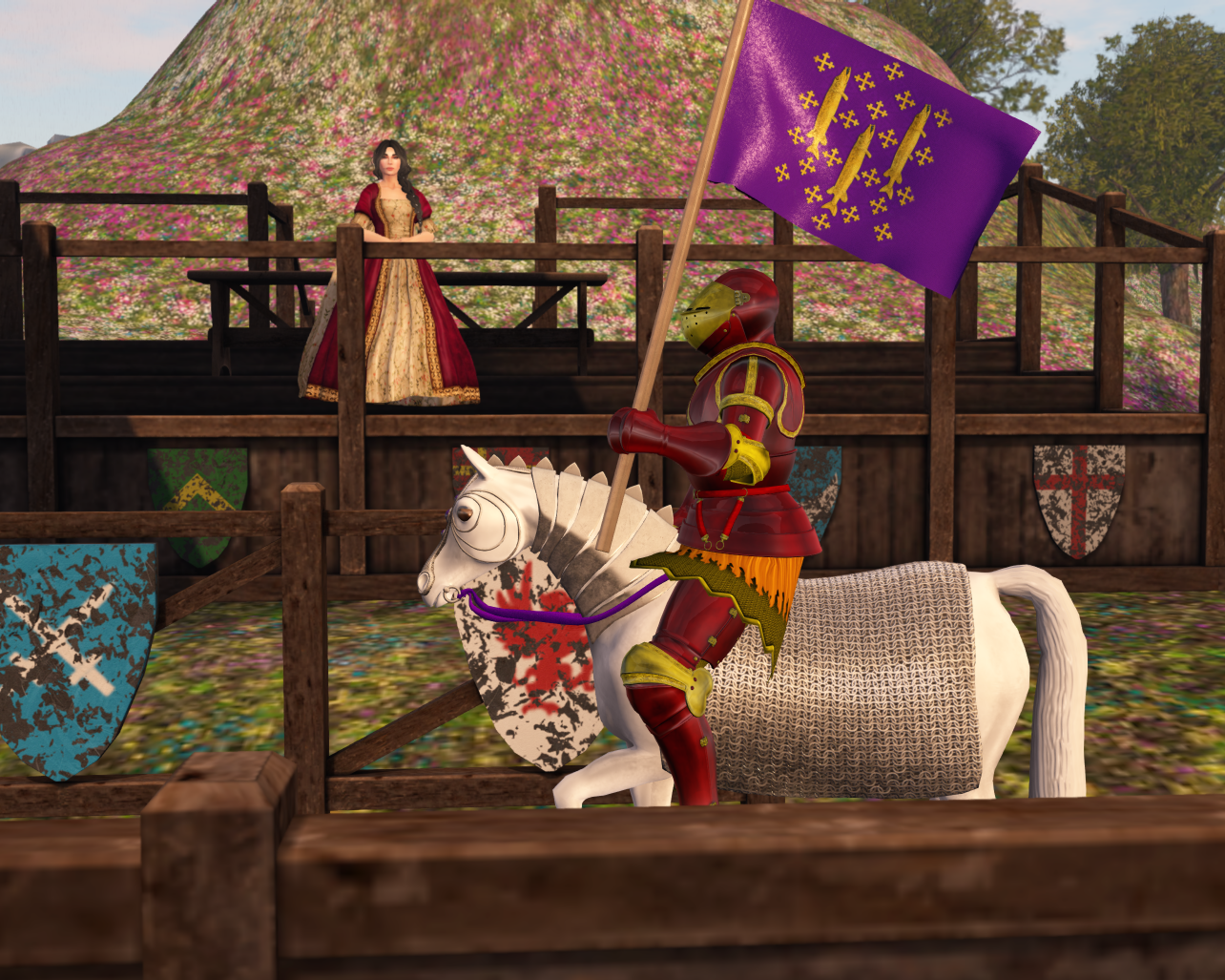 Takeo, a brand that is a new acquaintance for me, has a really cool jousting set as their gacha at the FGC. It really has most everything you need to setup either a nice practice arena or a full-fledged tournament scene, at least if you manage to win either of the rare viewing stands. What you see here is the peasant version, there is also a fancier royal version that escaped my grasp. There’s also a royal throne as another rare. 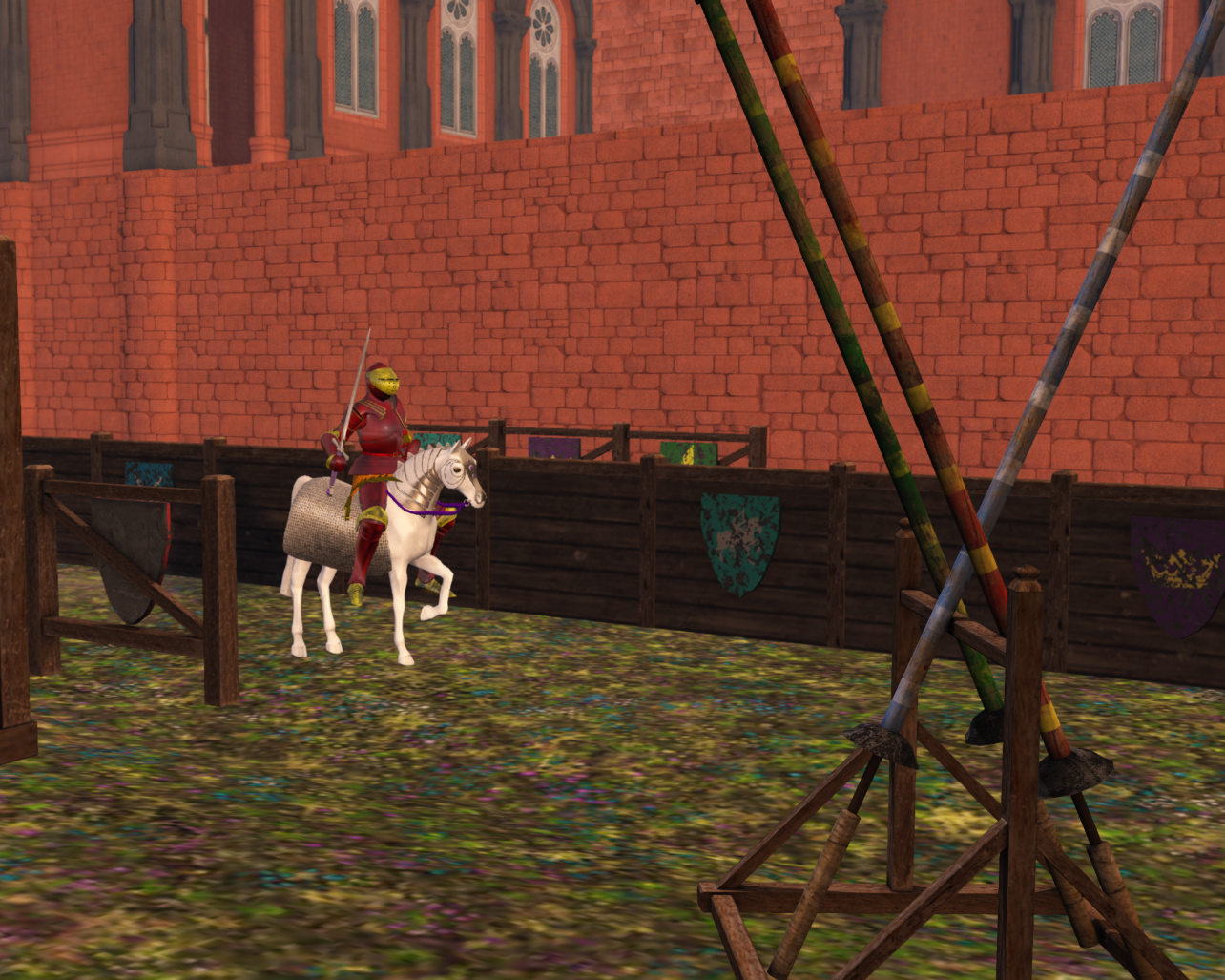 Of course, you need knights if you’re going to host a jousting tournament and as you can see by this and the previous shot, I did manage to find at least one gallant knight. That’s of course Ran in his armour from Silhouette Warfare and he’s mounted on one of the rare warhorses from Culprit’s Camelot gacha. He’s also showing off first the battle standard and then the battle sword from the same gacha. 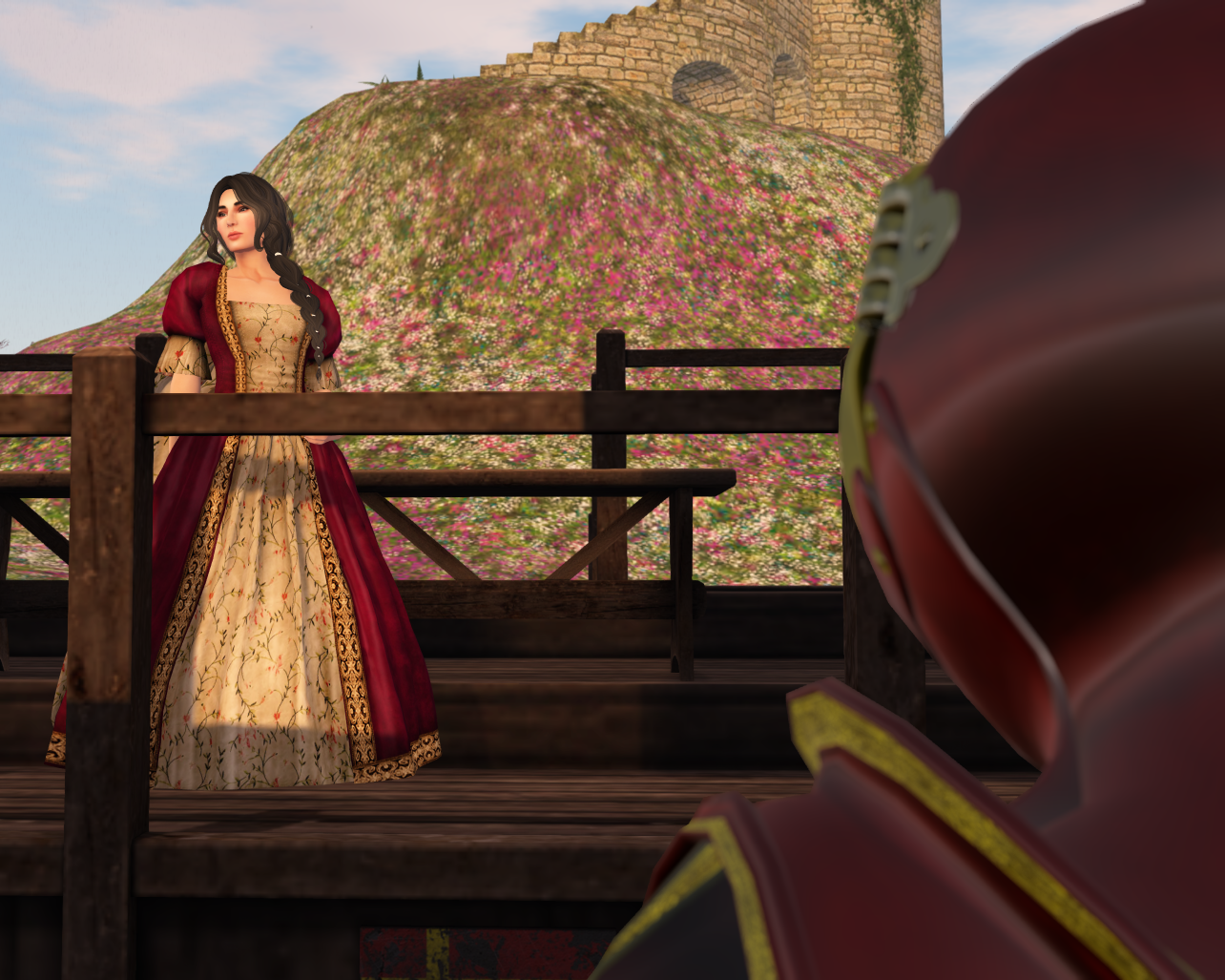 Finally, a look at the fair lady watching in the stands. The pretty braid is Wasabi Pills release for Ultra, a style called Dakota. It comes with a HUD for recolouring the ties on the braid. The dress is by the Muses and it is available at We Love Role-Play. The Ella court gown comes in three fitmesh sizes and with a HUD offering 8 colour combinations. The floral pattern is really pretty against all of them!

And there you have it, a modest little tournament just outside the castle walls. I am thinking I need to do some more sim remodelling to find the jousting set a permanent home…