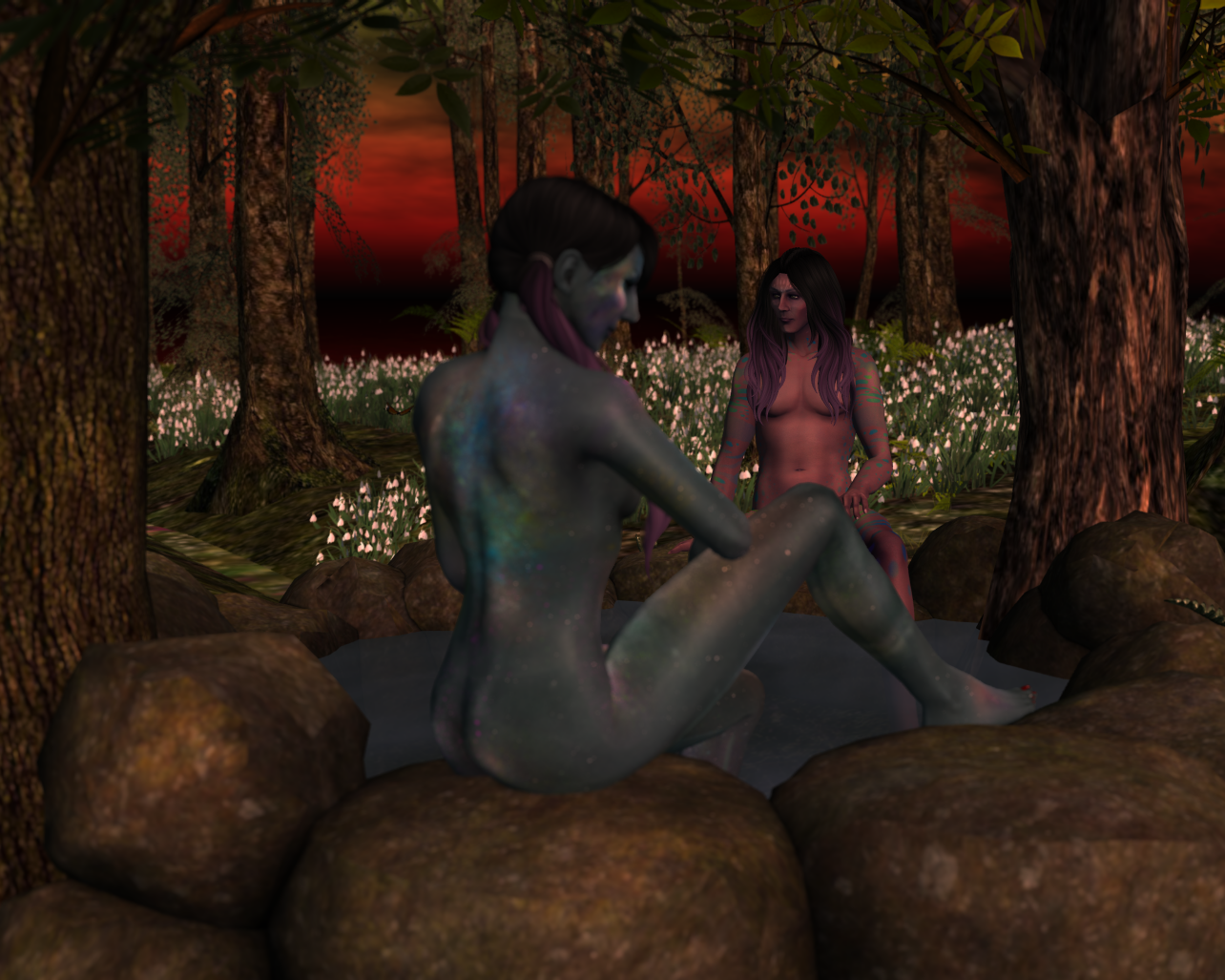 From Roawenwood (located on the Fairelands Junction) comes the Deep Woods Forest Sojourn, a stone-circled pond shaded by two trees. This is a Fantasy Faire exclusive with all proceeds going to RFL that you will not be able to get a hold of after the fair, and what a shame that would be if you have a sim where it fits in. There are single sits for male and female avatars as well as two sets of couple poses; cuddling and bath poses. 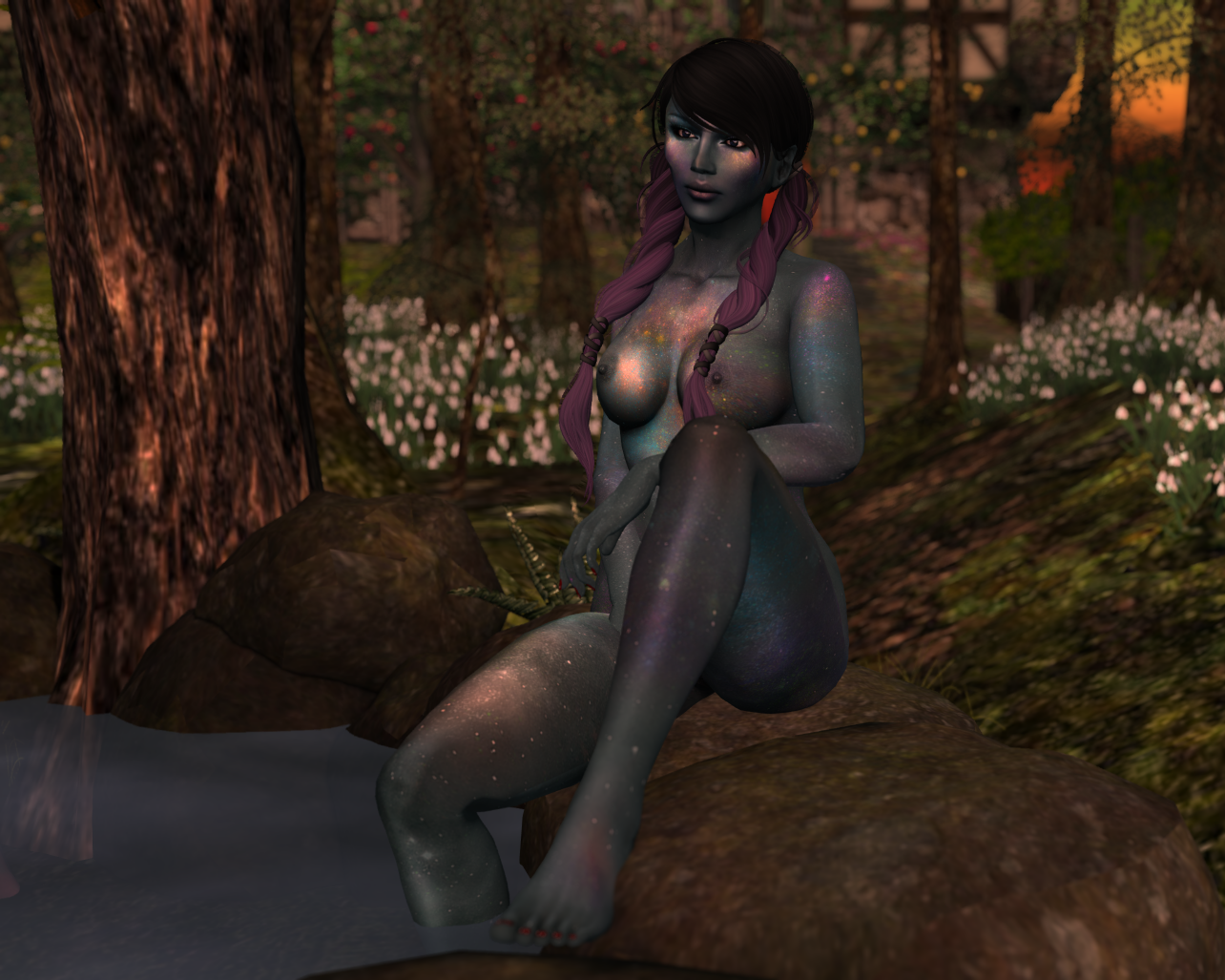 My amazing, sparkly skin is the second of two skin releases from the Plastik (located on Serenity) at the Faire. Constella comes in twenty different tones, each adorned with amazing swirls of stars, galaxies and celestial phenomena. These are truly striking skins and they also have a male counterpart, Constus. Both male and female skins come in all-inclusive package that includes appliers, and for the female skins I have a hard time finding something that isn’t covered! 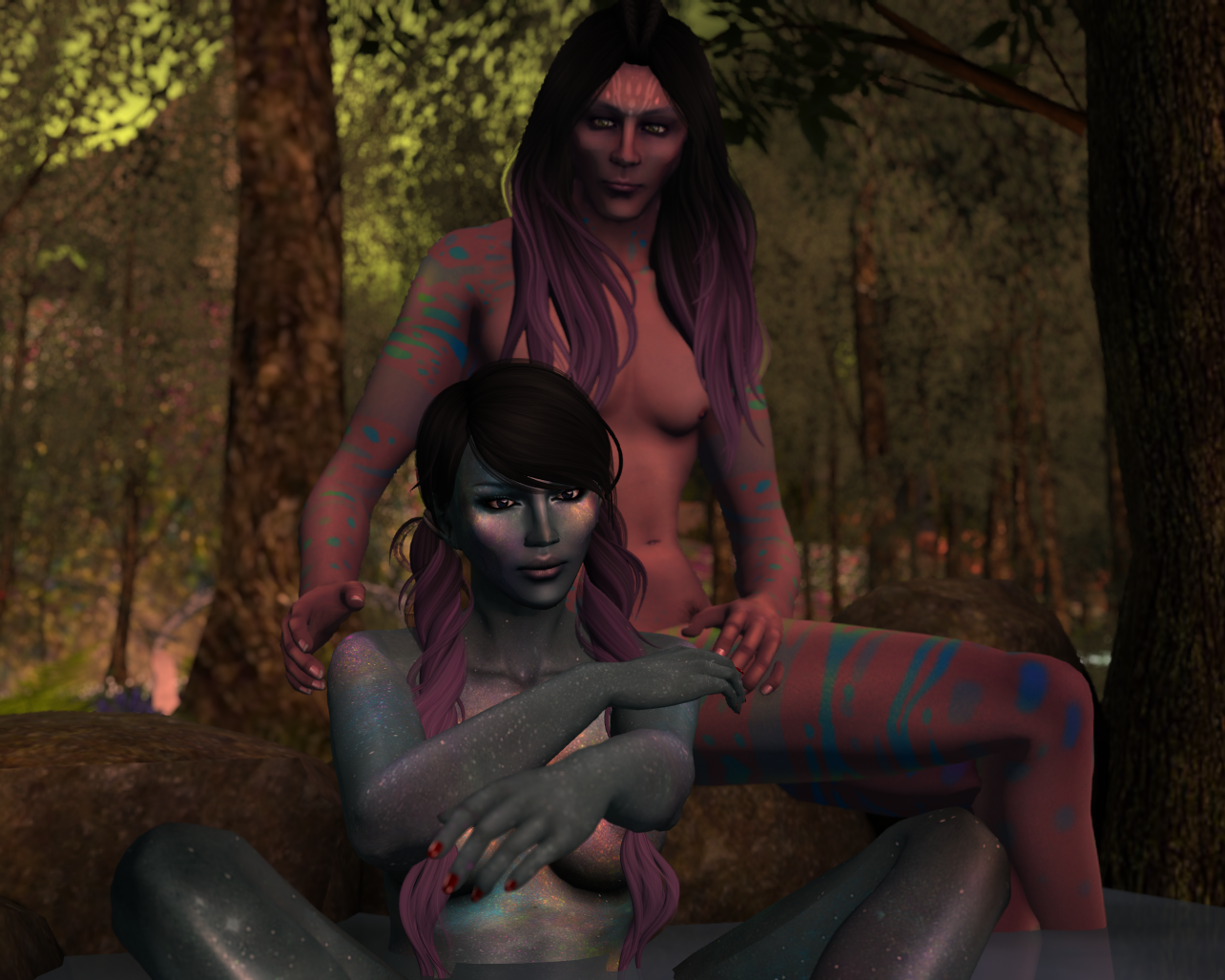 Ran is also wearing a Fantasy Faire skin, this one from Soul (located on Blackmoor). The Ranitomeya skins also come for both men and women and the version seen here is one of the Fantasy Faire 2016 specials sold to benefit RFL. The skins come in Wild or Faded markings, with and without brows, and with an excellent range of appliers for men covering the most popular bodies and heads.

We are both wearing hair by Wasabi Pills (located on the Golden Delta), but my hair (Thyra) is a Fantasy Faire release and the style that Ran is wearing (Ursula) is for the new round of Uber.