The Lit Balancoire from Roawenwood for the 3rd anniversary of The Liaison Collaborative (open now) is a garden swing bed packed full of poses for singles and couples. It comes in two versions, PG and Adult, with the latter offering 18 single poses and 136 couple poses of varying types. I expect to revisit this bed for more photos, as the selection of animations offers a lot of interesting possibilities. In this case, however, I used a static pose just to have a little more control over the presentation. 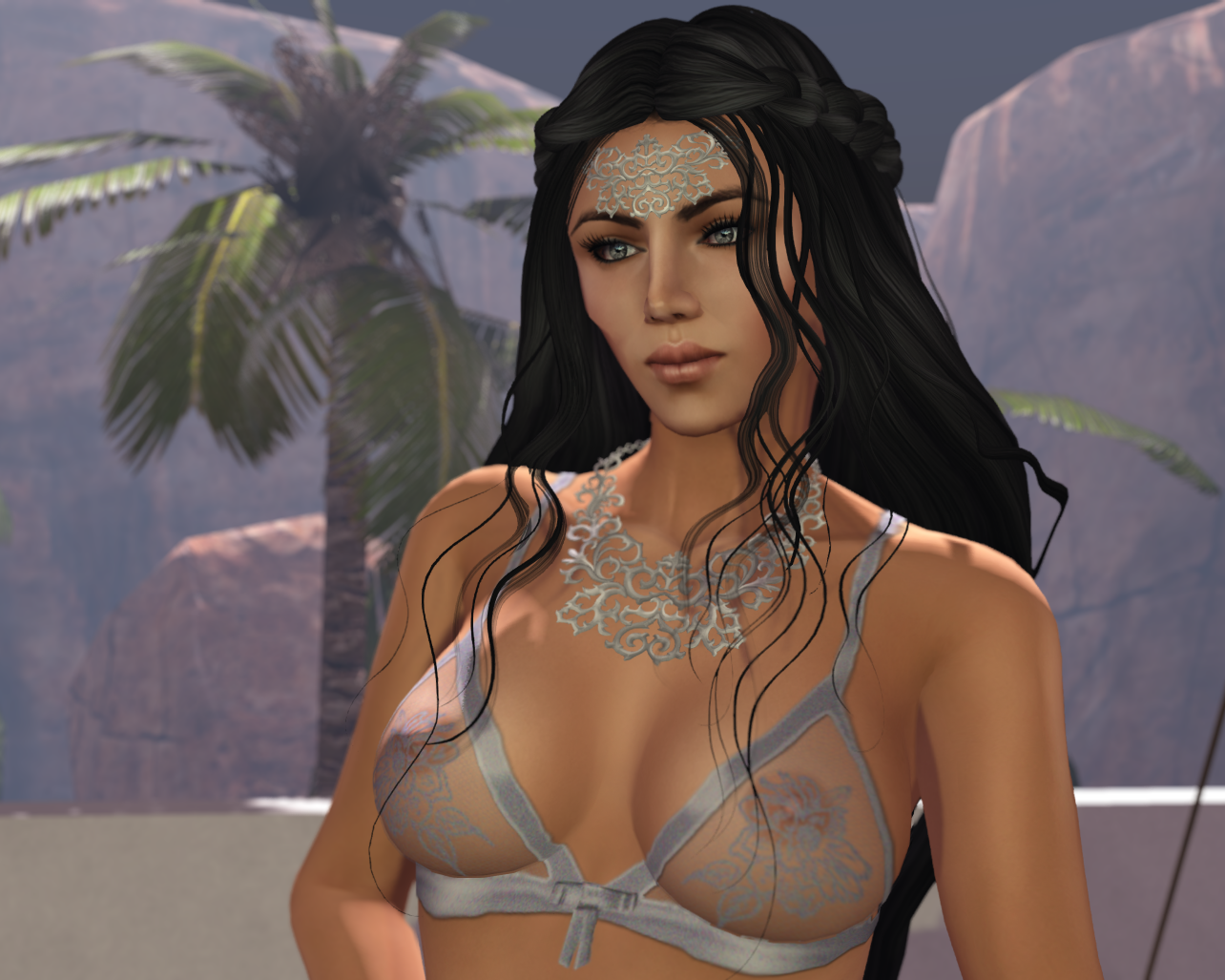 The lingerie is also a TLC release, this one from Luxuria. Grace comes in six colours and includes appliers for Omega, Maitreya and Slink as well as system layers. It is a sheer, satin-edged set with embroideries across the cups. Very feminine and sexy. I accessorized it with the Darknys necklace and circlet from the Plastik for We Love Role-Play. This intricate mesh jewellery comes in ten colours, sold in packs of two.

Also from We Love Role-Play is the beautiful Leni hair from EMO-tions, a real mane of curls with some soft tendrils around the face and braided sections holding most of it back. Gorgeous.

But, what about that skin? The new line from alaskametro is called Kismet and it is, as I mentioned, a hybrid skin and that is a look that I am quite fond of. Alaska says that Kismet was optimized for wearing on not just mesh bodies but also mesh heads, but I have to say she looks pretty darn good on classic avatar heads too. I tried her on a range of shapes and she’s versatile, even if the lips may need some tweaking (but that is almost always the case). Kismet is also a fabulous deal, as the regular price is L$250 per tone (there’s a total of 8 tones, with this being the 5th darkest, Spice) and she’ll be available at 15% off at the Skin Fair. And for that you get 2-4 brow colours, one eyeshadow, three lipsticks and versions with freckles and with cleavage options. You also get full appliers for Slink, Omega and The Mesh Project (Belleza, Maitreya and Loudmouth appliers will be added later as a free update; in the meantime, you can use the Omega option). Pair that with some of the beautiful makeups sold separately by the alaskametro brand and you’re set.