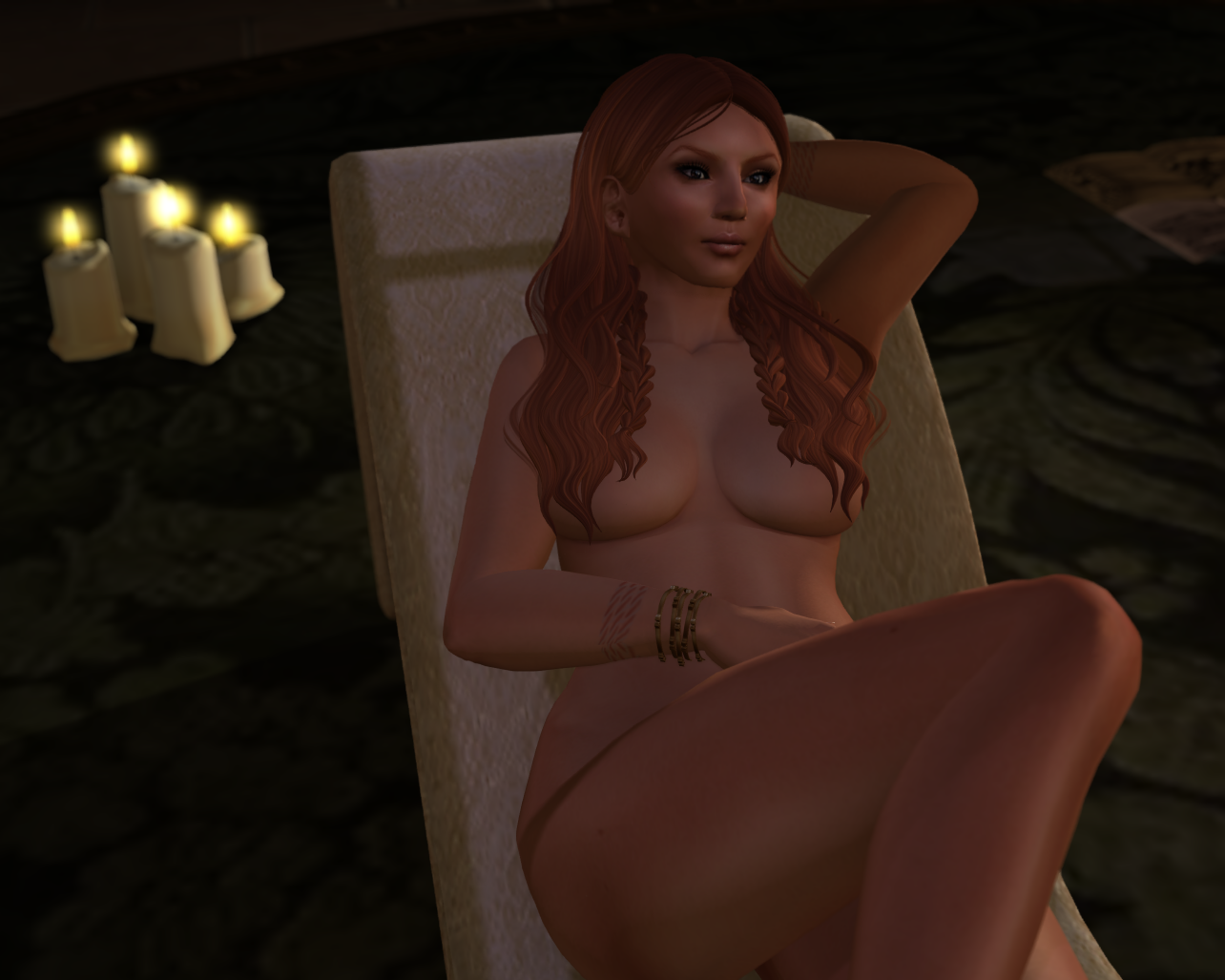 In addition to the lingerie I showed in my last post, Luxuria also has a set of applier rope marks available at ROMP. They are available for wrists and ankles, in four different versions and for Maitreya, Slink and Omega. Which version will work best for you depends on your skin colour and on the effect you want.

The stack of bracelets is part of the Plastik’s Kajurali set for ROMP which also includes single bracelets and single and multiple rings, all texture change into a range of metals via a HUD.

Also new is the Ocean hair by Wasabi Pills, which is out now at the Seasons Story. Its a mostly loose hair with a narrow braid framing the face on each side. 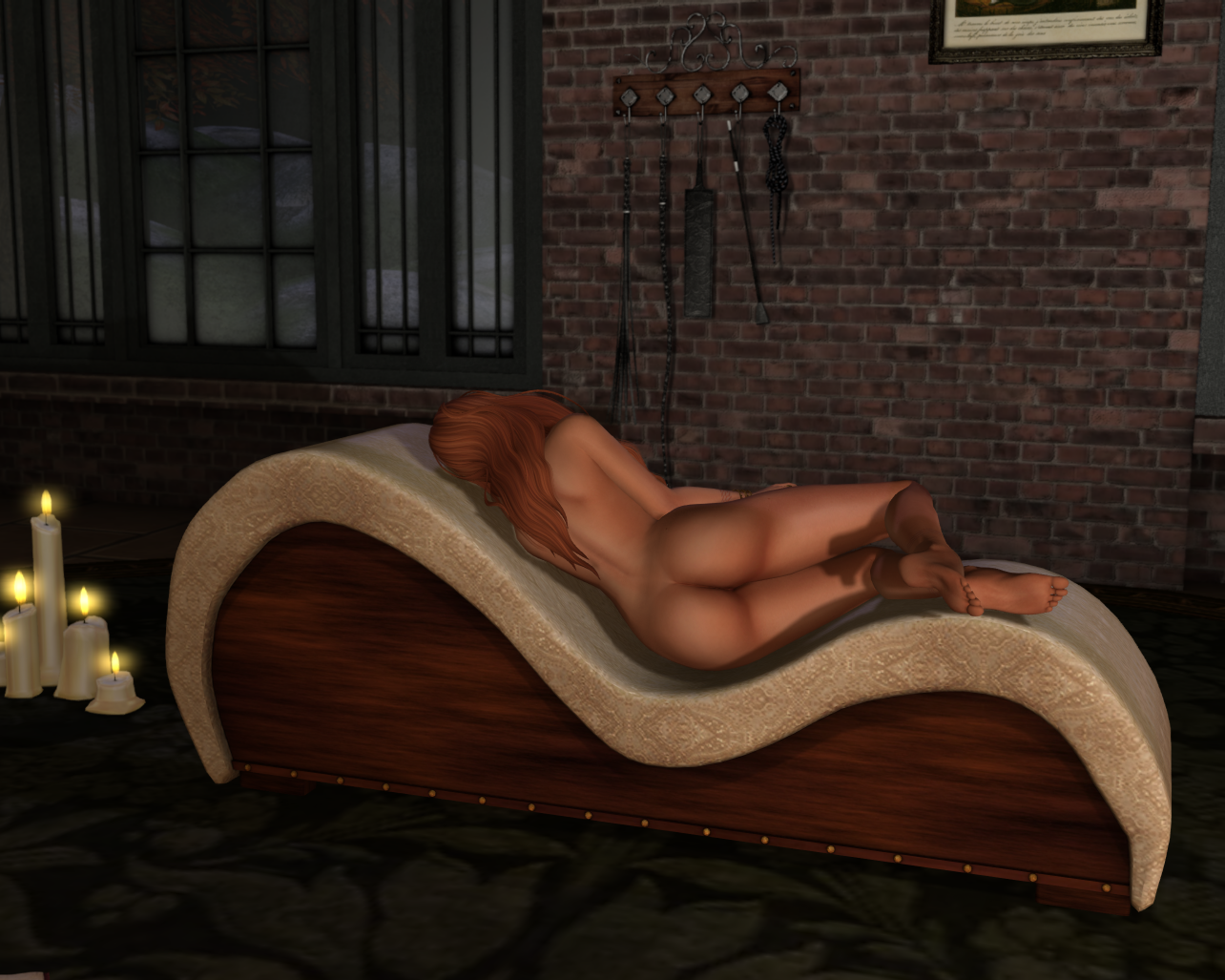 Roawenwood’s offering for ROMP is this tantra chair which comes with 16 texture options for the top via a HUD. There’s 3 female and 3 male single poses (the first two photos in this post uses two of the female single poses) and 27 couple poses, primarily focused on tantra-style sex poses that really make use of the curving line of the chair. 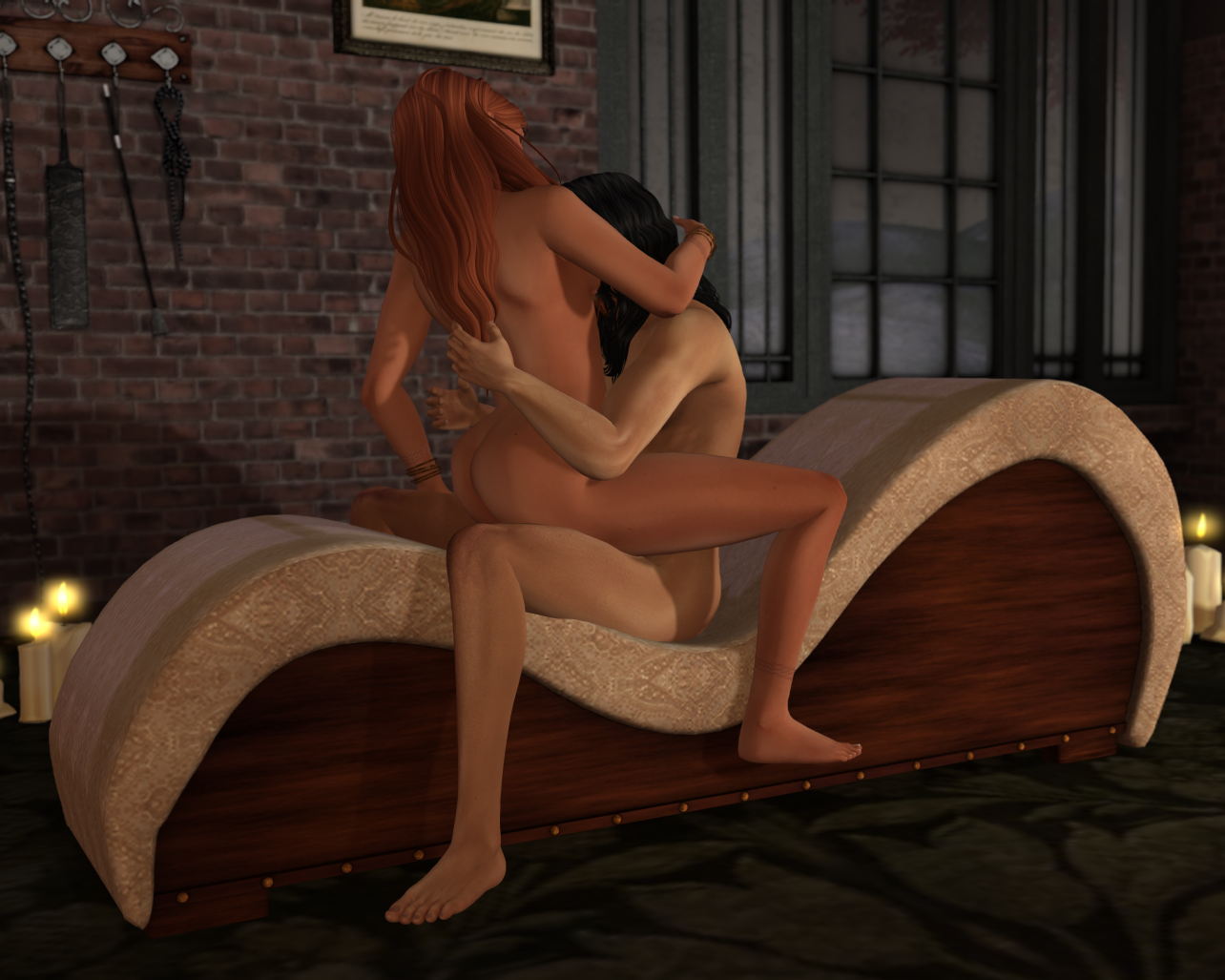 Here’s one such pose, which for photography purposes can be made more cuddly than sexual depending on the angles that you pick. That’s true for a lot of the tantra animations, actually, so you can tailor the level of kink you want to show in your photos. When viewed as animations rather than stills, they are smooth and fluid, working well with the chair. So do give it a try at ROMP and keep in mind that you can get it at a 25% discount while it is at the event.

On the wall behind the chair hangs the Capturado Accessories from Artisan Fantasy, which is part of their set for ROMP. The accessories rack hands out the various props hanging from it; crop, flogger, paddle and whip.

That’s another taste of the variety of merchandise that is available at this round of ROMP, and if you haven’t already been there, now’s the time. With several other events having opened in the last days, the crowds have thinned out and you’ll have a good chance of trying out all the props and animations as well as getting demos to actually load without going home first.