It is one of those rare occasions when Ran finally has something new to wear, this time courtesy of Anachron. He’s also got a nice new long hair from Calico, a Hair Fair release just like my veiled style from Oblivion, which is matched to a new gown from Luminary. In the background, curtains by Paper Moon provide a dash of colour. 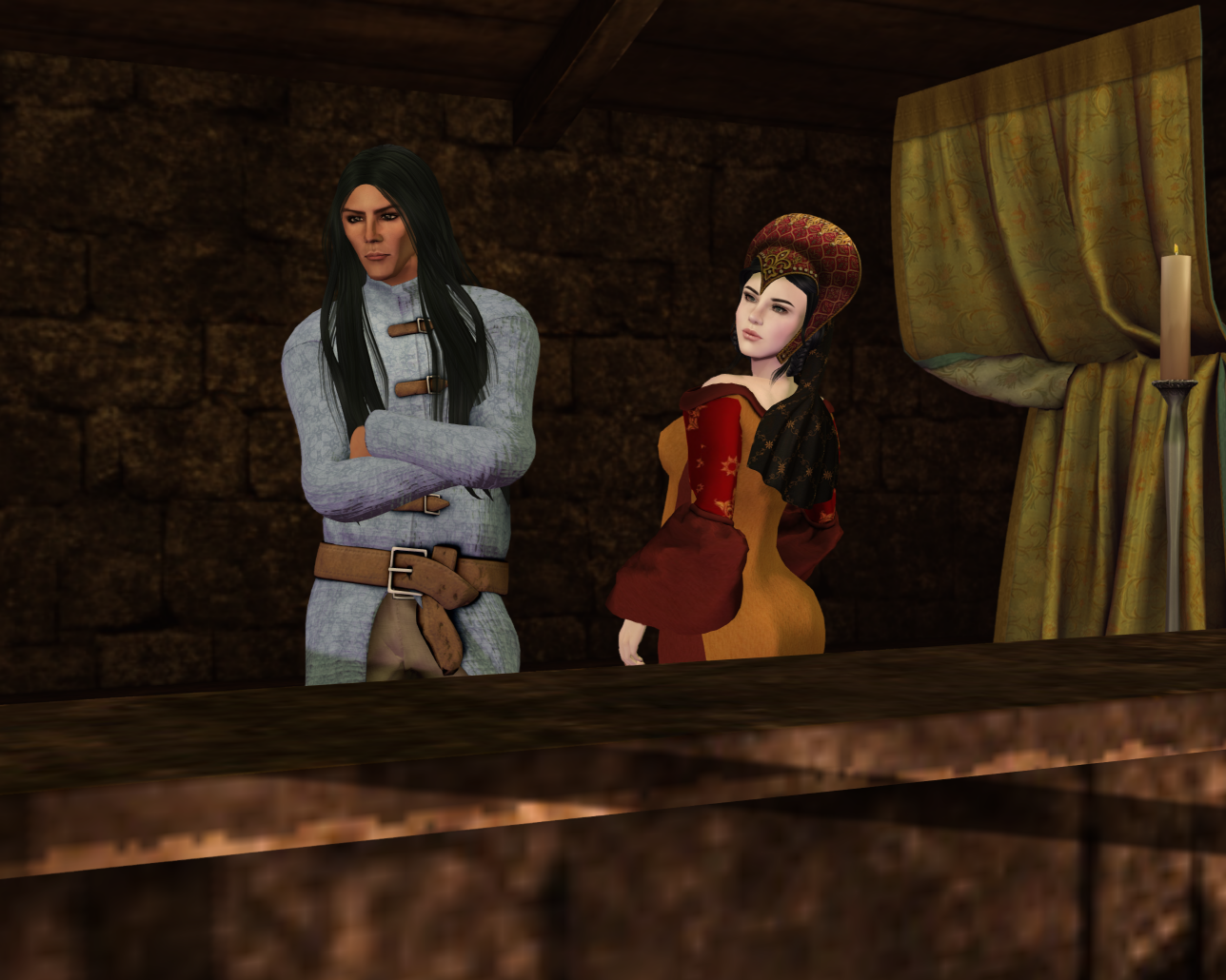 Ran’s outfit from Anachron is called Noble House: Aziraphale and is part of a set of outfits released for A Tattered Page‘s Good Omens round, as a nod to the long friendship between Aziraphale and Crowley.

His hair from Calico is Caden, the male version of the female Cadence hair. Its excellent as a long hair for a guy that doesn’t look like you’re some unkempt barbarian. 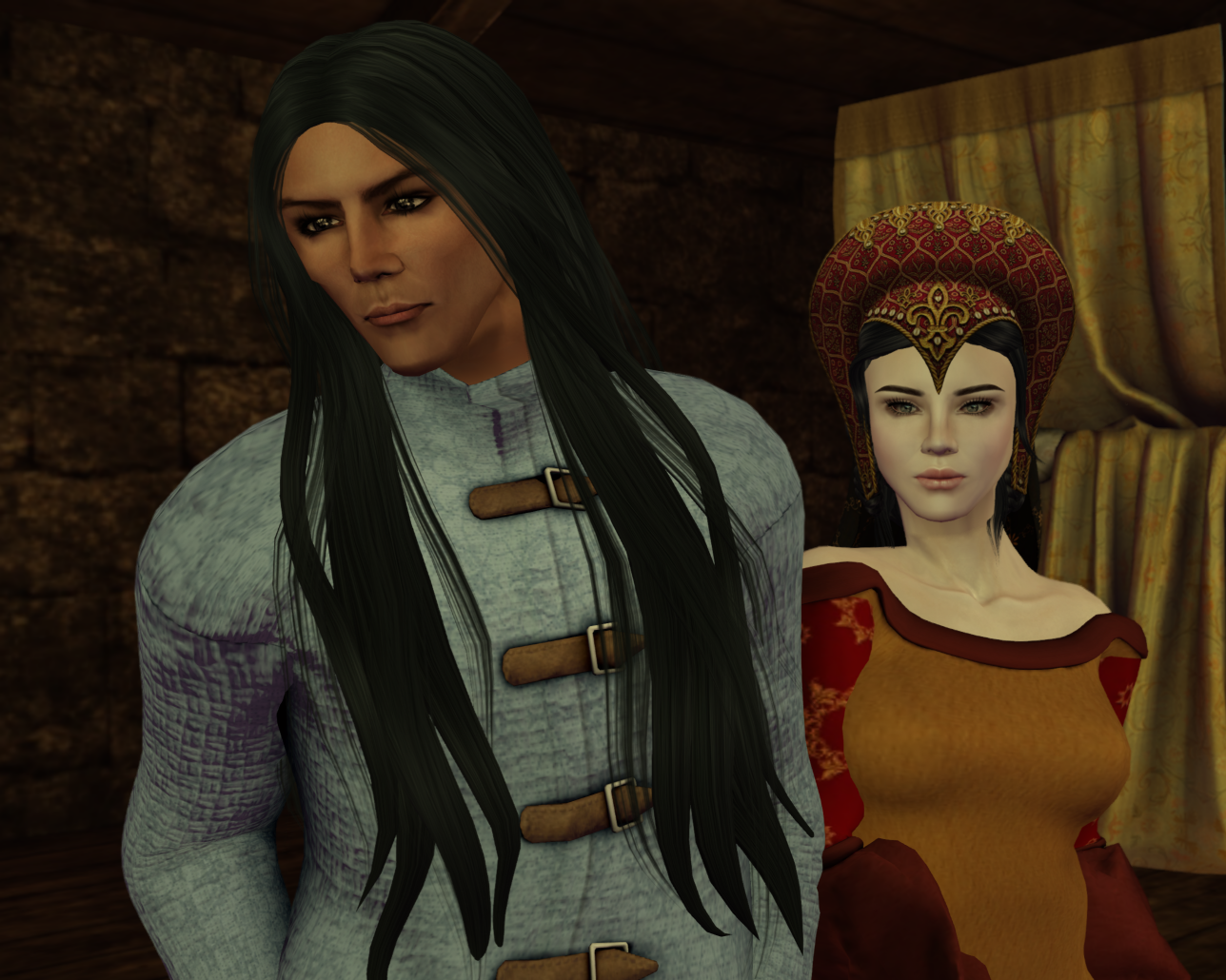 My hair from Oblivion has the rather uninspiring name of Middle-Age 032 and consists of a partial hair (cannot be worn on its own) and the veiled hat fitted over it. Oblivion offers a really nice range of historically-inspired hairstyles and while the textures may feel a little dated to some in the way the shine is done, many of them are really more about the headgear than the hair itself. And as the hat is separated and comes in several sizes (including a fitted mesh size), it may very well work over some other hairs as well. A mix pack of colours would have been nice to have, though, since these are styles I could see myself using a lot.

My gown from Luminary is called Willow and it will be out today when The Fantasy Collective opens its new round. I really like the details on this gown, such as the wide, shallow neckline and the partially fitted sleeves; that sets it apart from the more standard gown-shapes out there, as do the colour combinations.

Also from The Fantasy Collective comes the Grand Cupped Curtains by Paper Moon in Rococo patterns. They are materials-enabled and come with a HUD that gives you several colour options and allow you to change the front and the back independent of each other. Perfect for warming up a cold stone castle, with a bit of help from the Ornate Candlesticks, also by Paper Moon for the same event.

I am wearing the very pale Aurora skin from PXL and Ran is wearing Adam Crius from the Abyss. The build used as the backdrop is from Fanatik’s Medieval Village set.