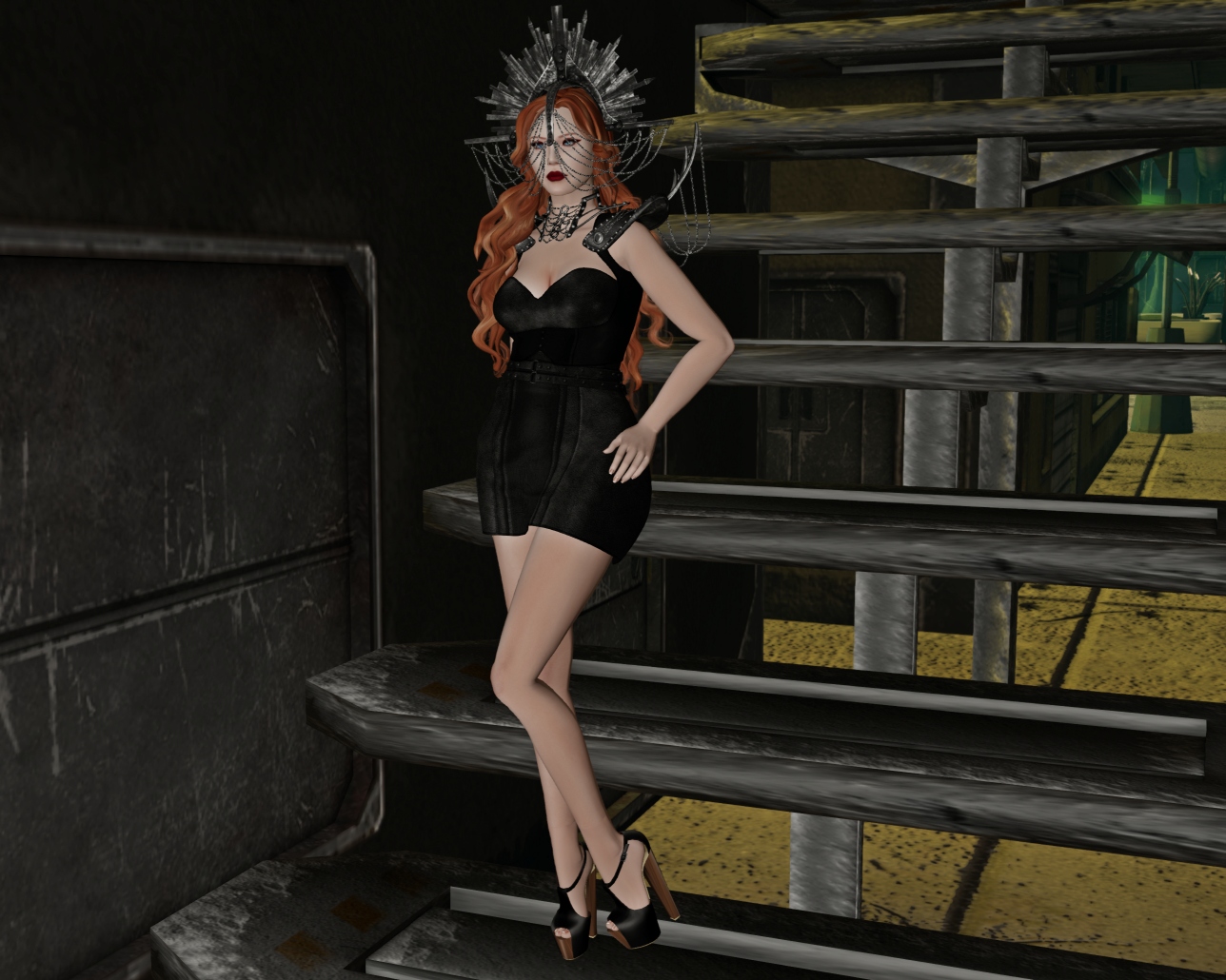 The dress is called Briane and this dark colour is named Rogue, but it is far from your only choice—it comes in 20 textures, from plaids to skulls. It is a dress with a distinct attitude, bold and sexy. 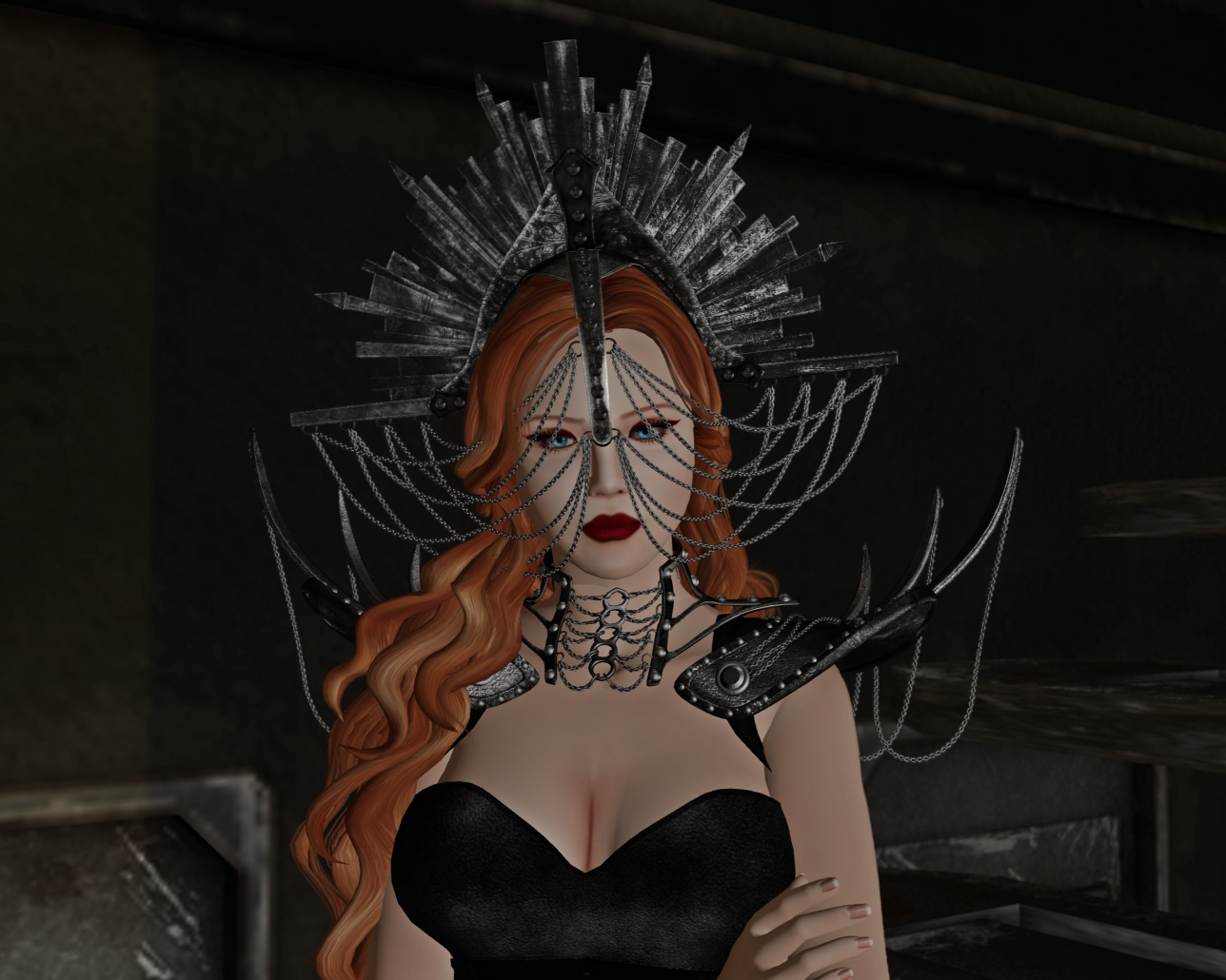 The striking Iron Maiden set is available in iron (seen here) or rust and you can buy each piece (tiara, collar, shoulders) individually or as a set in either texture. There’s definitely a dark edge to this set; if this is a fantasy, it is not a nice one.

My skin is Chelsea, one of Adam n Eve’s releases for the Skin Fair (also available as a Visage applier) and I am wearing her in the lightest tone and with one of the lipsticks released specifically for the skin as well as a red cateye liner from elymode, also from the Skin Fair.

My eyes are from Mayfly and while this is not a brand new colour,  Mayfly has done a major update to their Luminous range by moving the controls to a HUD. This is much easier to use than clicking the eyes themselves - in particular, I’ve found that resizing the eyes and moving them in or out in the socket (a feature I just adore) is much easier with a HUD. 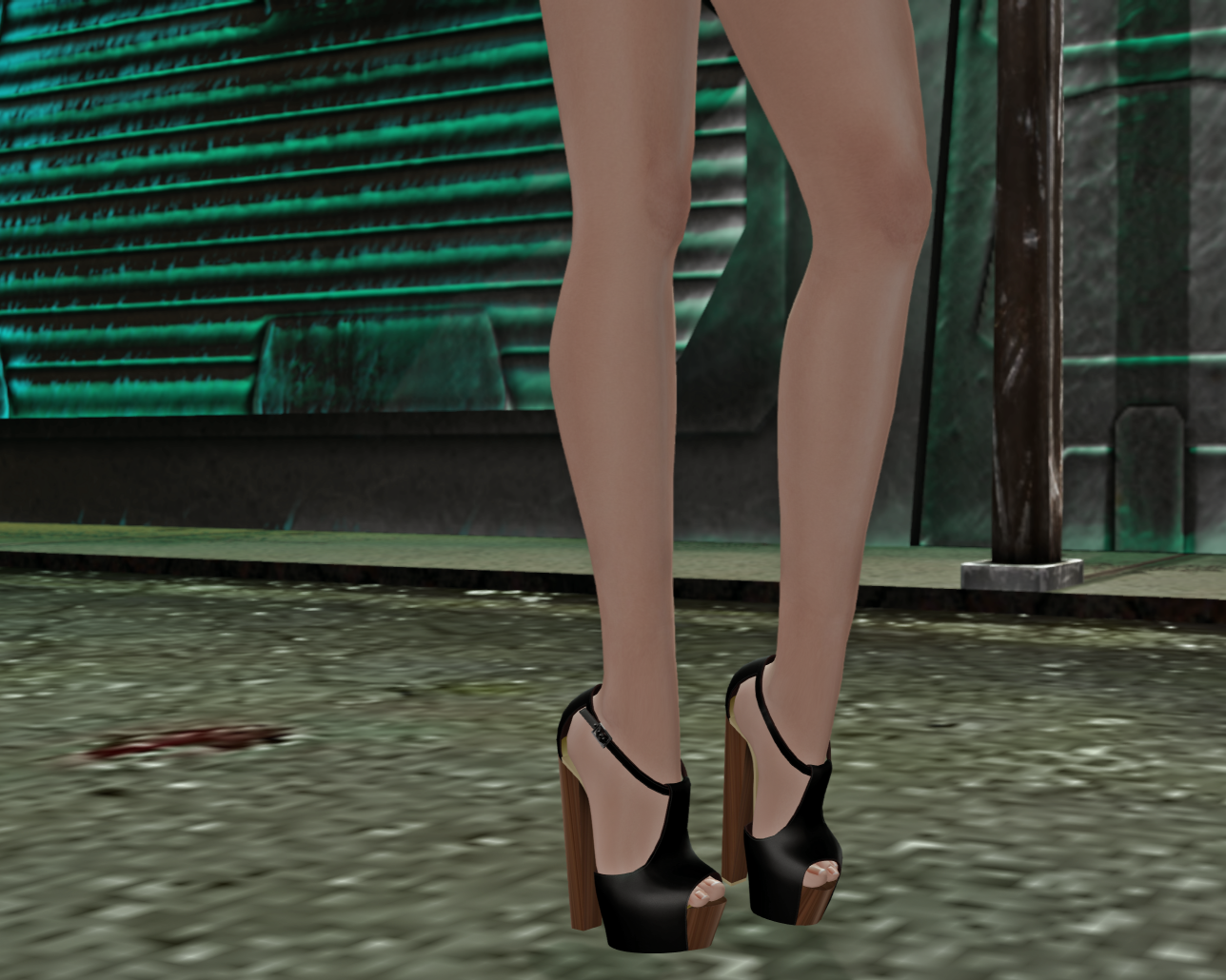 Finally, we have the Carmen shoes by Bushu, made for Slink’s high feet and sporting a heel which makes my RL feet hurt just looking at it! Its a very sleek and sexy shoe, though, so maybe I would try it out for real as long as I could just sit in a chair and show off my feet without having to stand on them. Carmen comes in solid colours such as seen here and with a rose pattern, perfect for spring and summer looks.

Time permitting, my plan is to soon give you a closer look at Adam n Eve’s skins for the Skin Fair to conclude my series of posts about the event. I am also planning to show you some closer looks at the Mayfly eyes in conjunction with this.