Alright, alright, Despite my earlier protests, it would appear I have been bitten by the gatcha bug. And for once, I’ve had a bit of a luck: at the March round of the Arcade I managed to win one of the rare carousels from Culprit. Normally, pink isn’t my thing (though I’ve started to change my mind of late) but when you have a carousel with unicorns and one is pink with hearts on…well, you don’t have much choice, do you? And, as it happened, this gave me the perfect use for the adorable Monoceros Constellation Tattoo from Silentsparrow for the current round of Collaborr88. 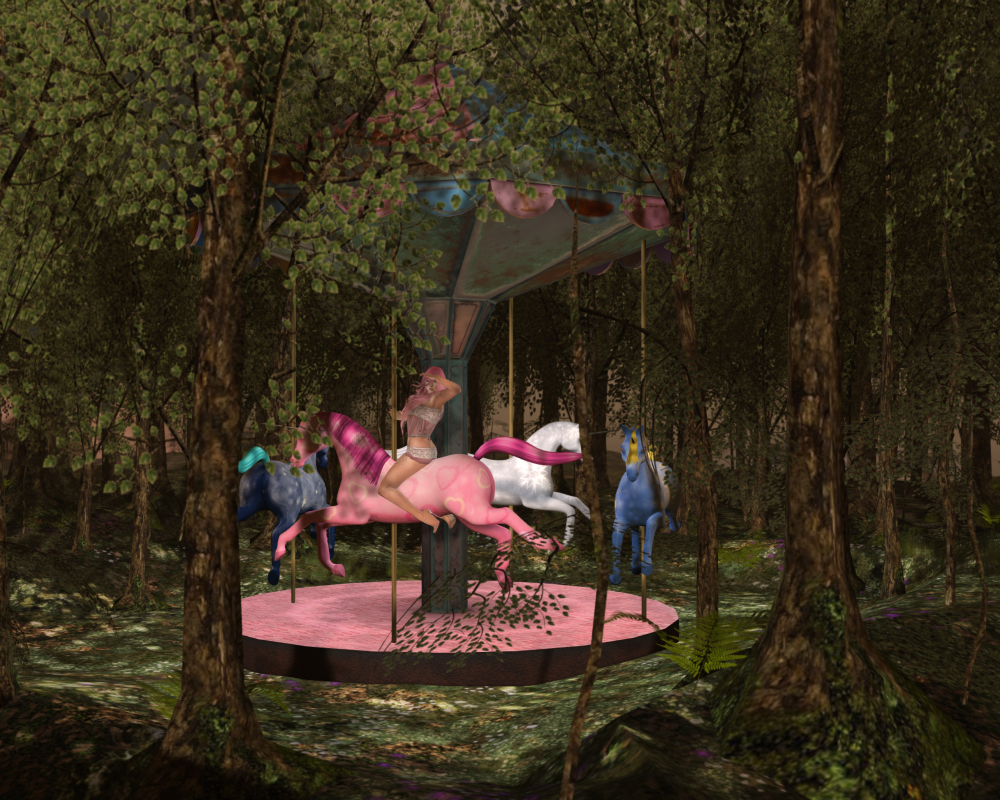 The Culprit gatcha consists of 8 commons (4 stand-alone horses, 4 stand-alone unicorns) and 2 rares (a horse carousel and a unicorn carousel). I had actually thought initially that winning the carousel meant you won the base and then you’d add the horses or unicorns yourself using the commons. But oh no. The carousel is the complete thing.

I had also thought that at most—this is a L$50 gatcha, after all—it would have a few poses built-in. Wrong. The carousel turns and includes 6 adorable animations for riding the unicorns/horses. From what I can tell, they look custom made for the carousel and I found they offered some really wonderful photo opportunities.

This has to be one of the most generous gatchas I’ve seen so far, especially when you consider that the common prizes also include a set of 13 poses and animations which are different from those on the carousel. 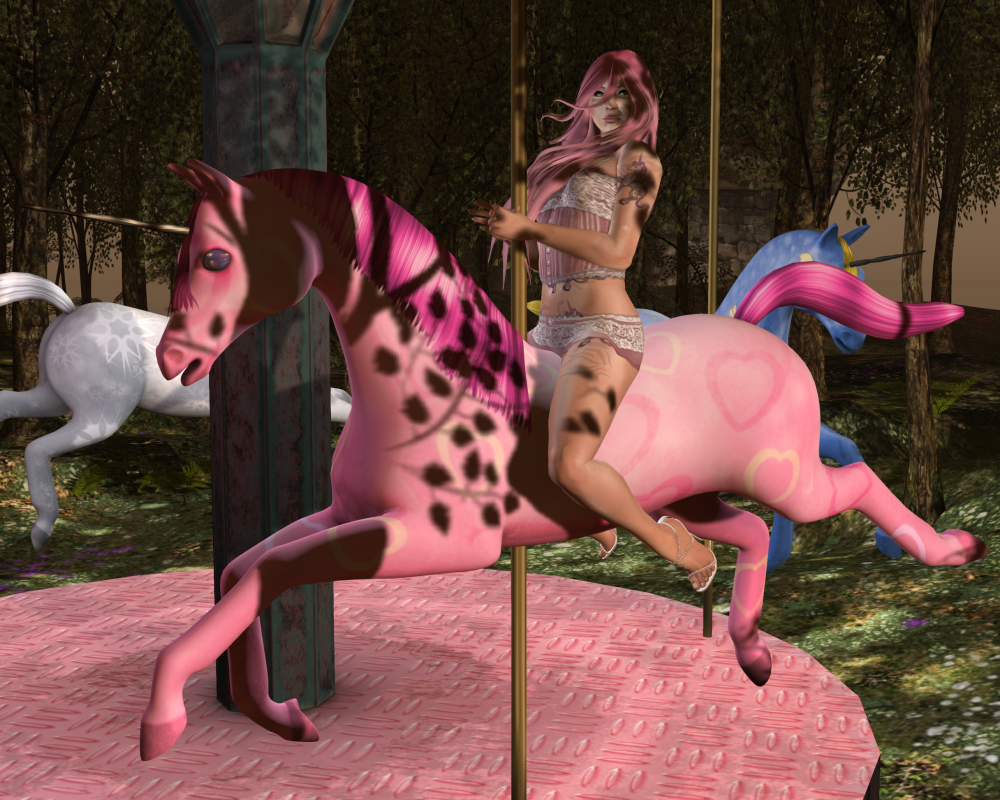 I also tried my luck with Exile’s gatcha, since the Rain or Shine hair is another gatcha which really offers a nice deal. You get two styles of a gorgeous long hair and rather than winning a single colour you win a colour pack. For me, that’s the only circumstance in which I’d play a hairstyle gatcha; paying L$75 to L$100 for a single, random colour makes no sense to me. So, Exile is definitely doing it right in terms of creating an appealing gamble. 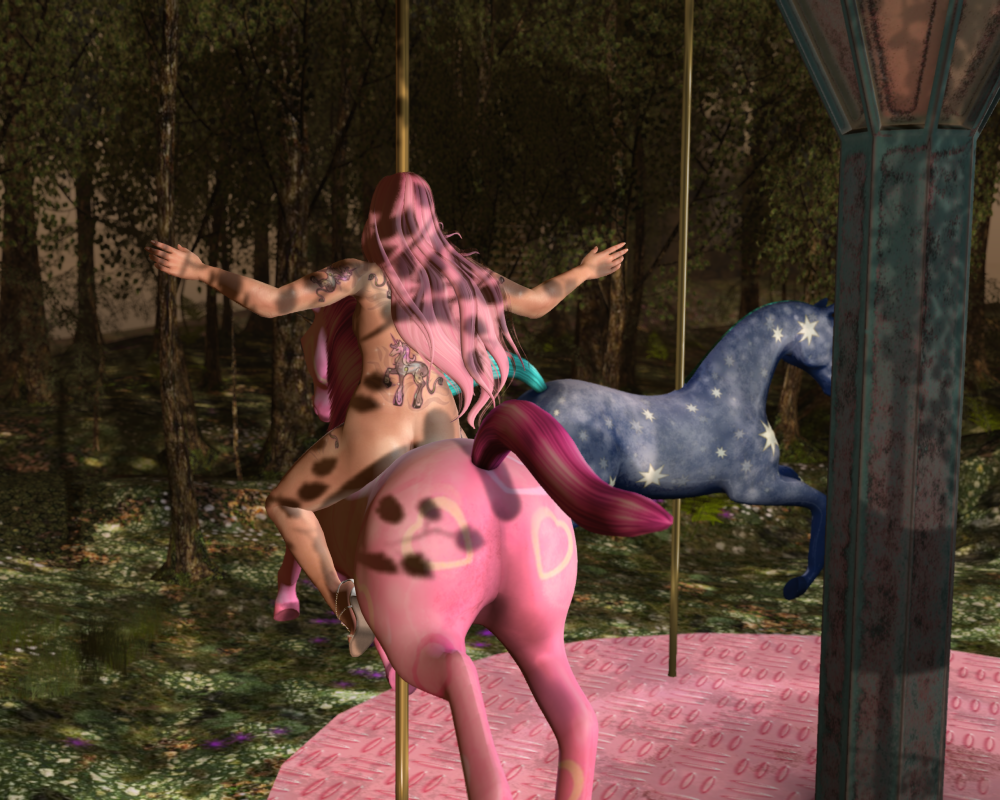 Finally, a better (more uncovered) look at the tattoo from Silentsparrow. You can cover much of your upper body in these adorable unicorns or you can choose to wear just a few of the pieces. Personally I think you can’t quite have enough unicorns, pink or otherwise.

Since I have ended up with a few extras from various gatchas, I’ve decided to give in and setup a gatcha page where I list what I have and what I am looking for. I suspect I will be stopping by at the Arcade a few more times, so expect some additions.