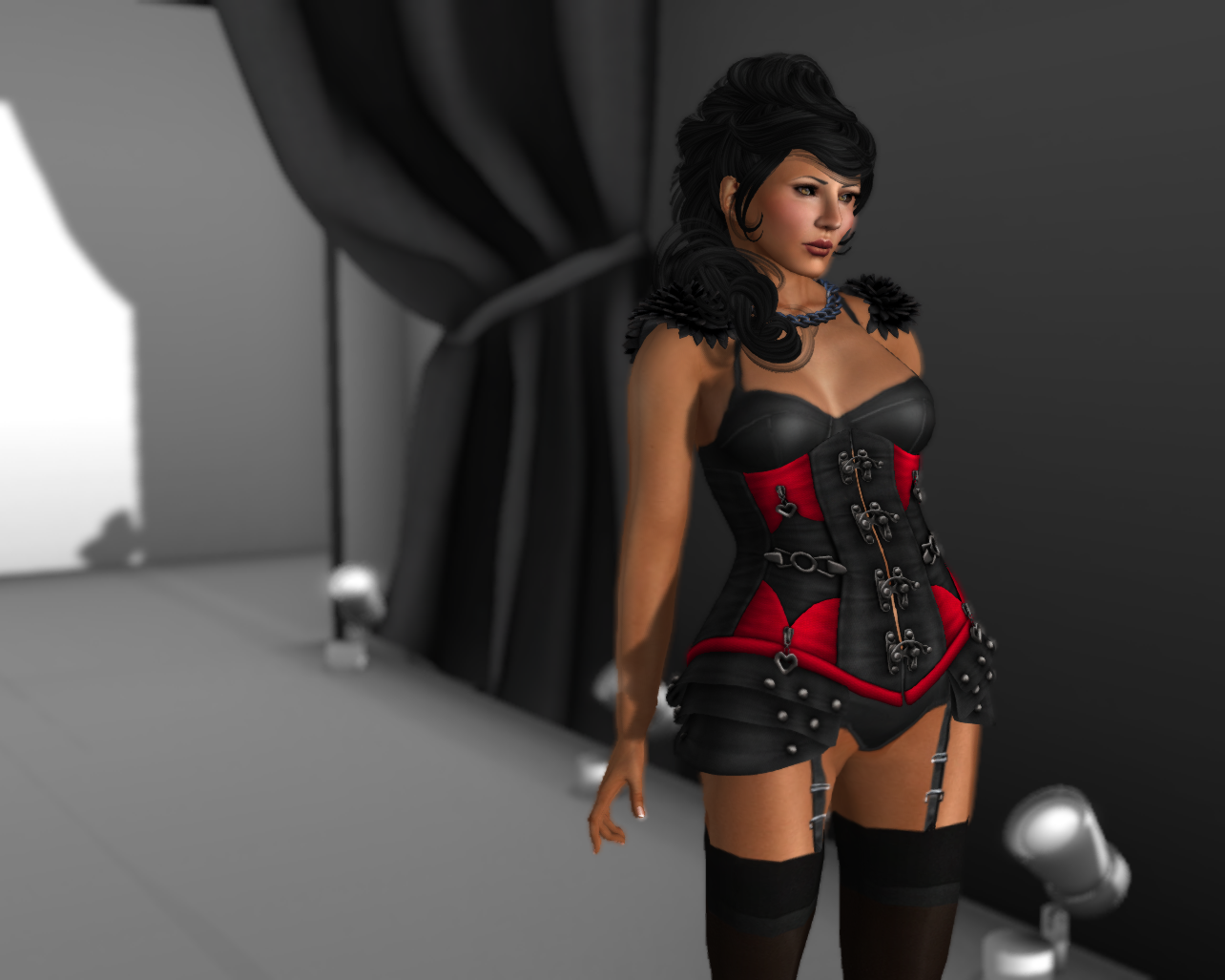 The Eros corset (here seen with bra, panties and garters from 5th & Oxford) includes a total of four different versions; red and black, black and red, plus with and without the hearts. The hip skirt is separate and optional, so you have several possible looks. The fit was a little tricky because of the opening down the center of the corset, but other than that it worked pretty well.

I love the colours, of course, but it is the added details—the hearts, the clasps, the hip skirt—that really makes this one a winner for me. 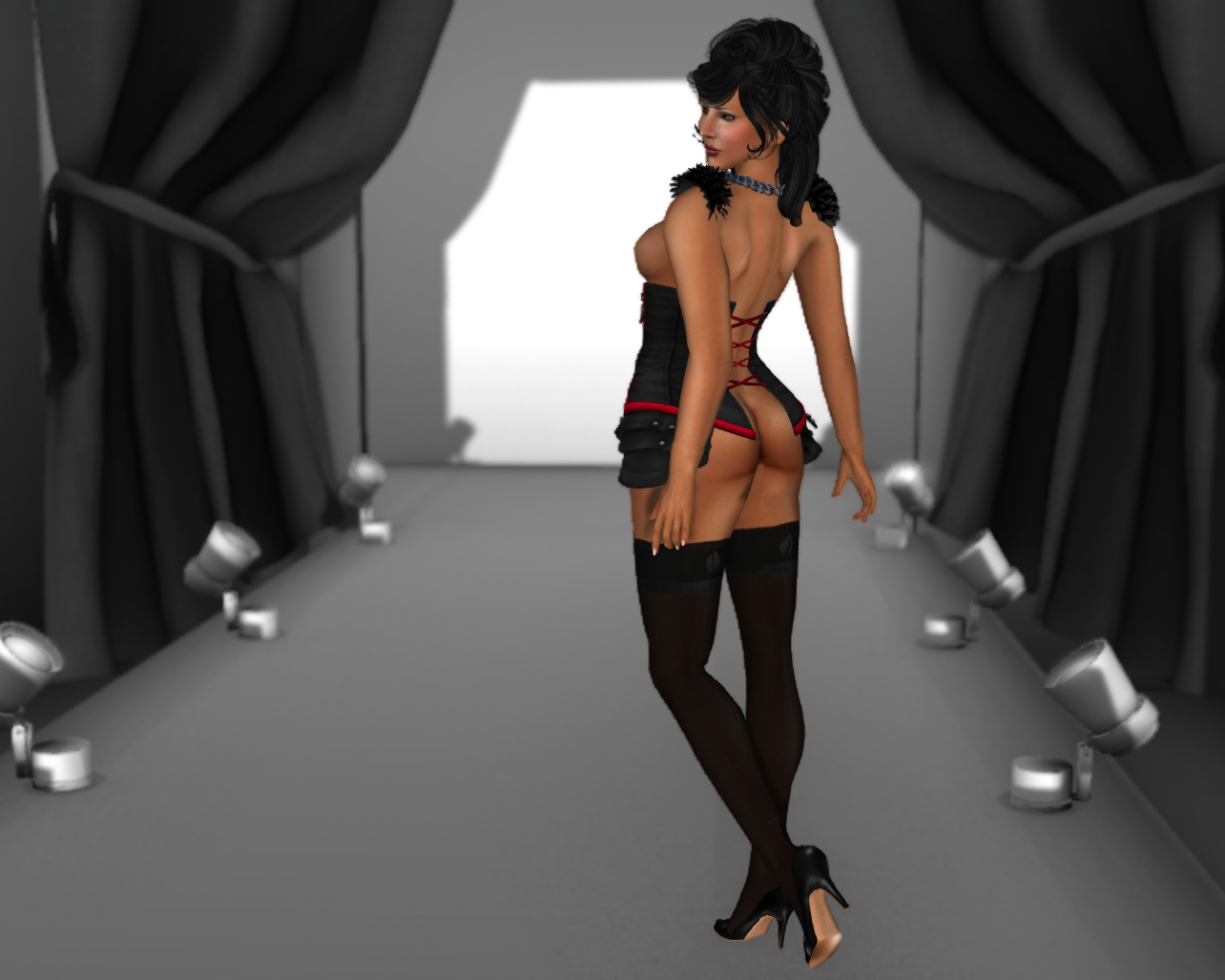 I love the lacing in the back as well; it looks great both with and without panties.

The stockings are from Adam n Eve’s line of stockings with appliers for SLink’s feet. 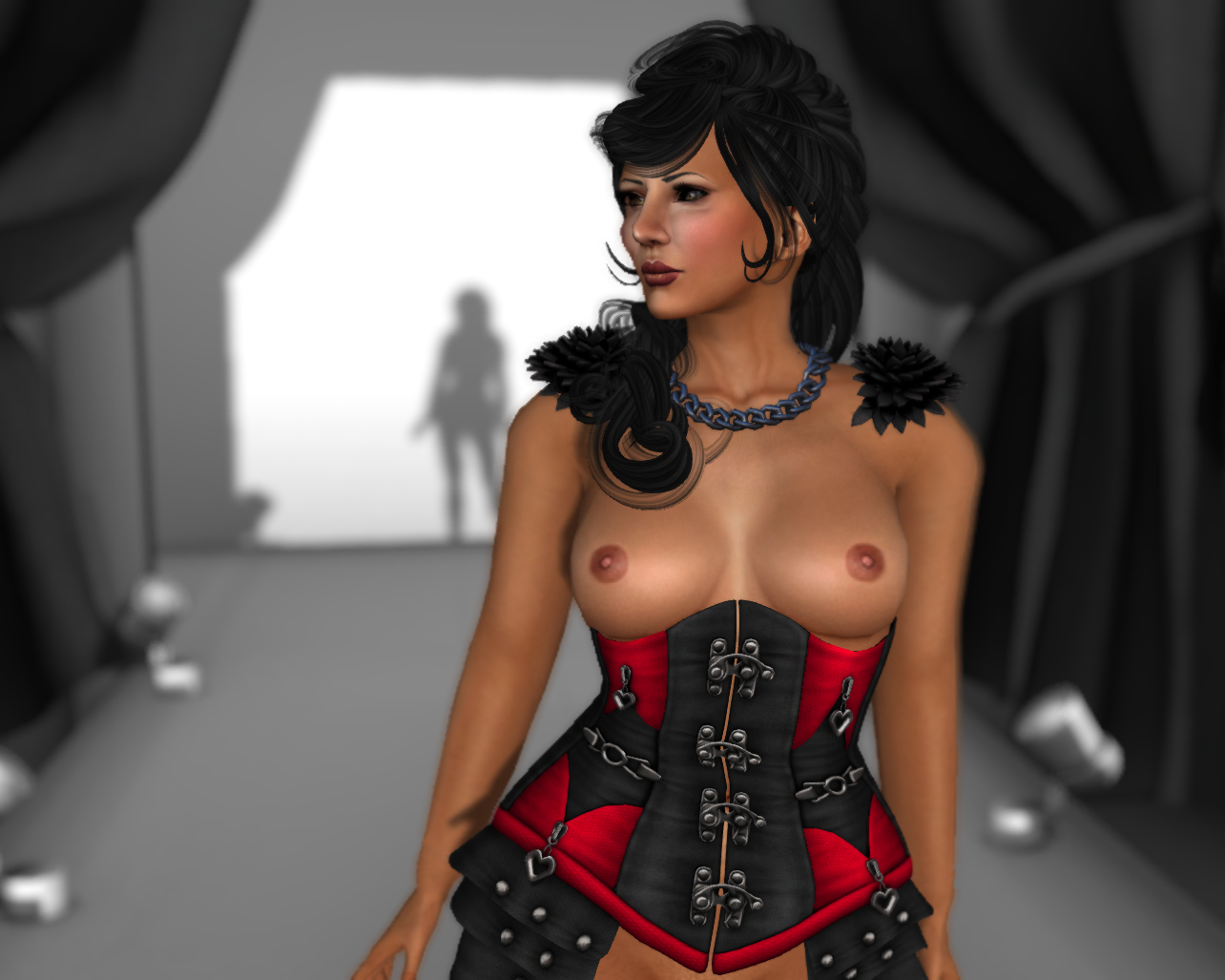 I accessorised the corset with the Chunky necklace in black from lassitude & ennui and the Scale Pauldrons are from HANDverk for We Love Role-Play.

My hair is a new release from Ploom—a first for me, but I like the attitude of this partial updo.It comes with flowers for the side of the updo, but I didn’t feel that matches the rest of the outfit. I like Ploom’s colour packs—a mix pack is a must for me—and the HUD for selecting the colour is a nice touch.

My skin is PXL’s Sophia skin in Olive.

Finally, the shots were taken on the new Runway prop from Glitterati. It comes with quite a few poses—male and female singles, male/female and female/female couple poses—as well as texture-changing drapes and some example projected lights for setting up dramatic runway lighting. It also includes a variety of props, such as audience seats and decorative shopping bags.