Have you been to We Love Role-Play yet? This event offers a wide selection of clothing, accessories, weapons and props for role-playing in Second Life—or for simply taking photos that aren’t just about the latest fashion. For myself and Ran, it lets us indulge in bringing something that’s very much on our minds all the time into Second Life. Most of you probably know it as Game of Thrones, but for us it is always A Song of Ice and Fire. We have a particular fondness for the history of Westeros, not the least for the many colourful Targaryens from its past. Thanks to the Muses we now have all sorts of very appropriate clothing for portraying some of them. If you know a bit of Targaryen history, take a guess at who these two are. 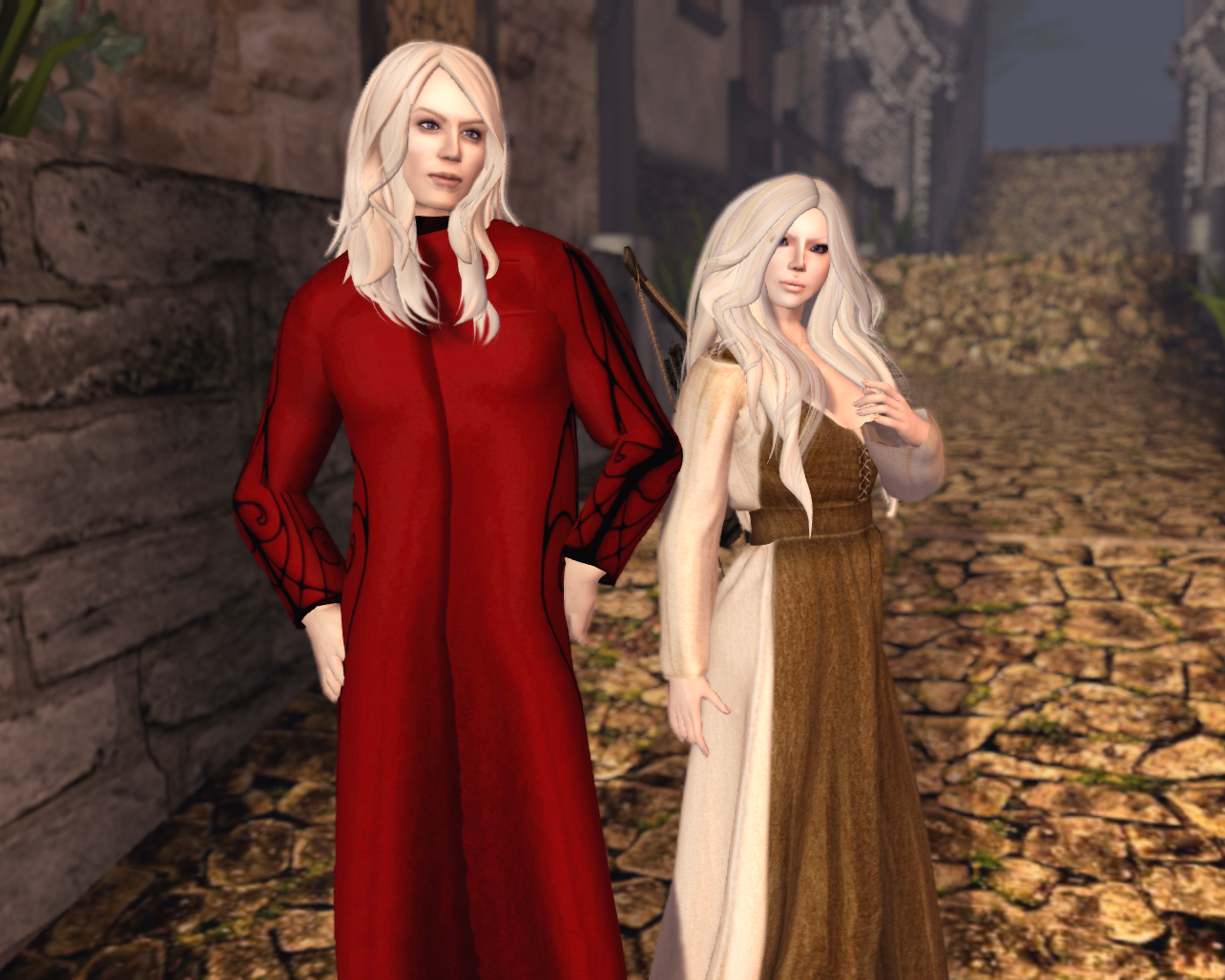 For the We Love Role-Play event, the Muses offers the Alchemy robes in “Fire and Blood”—that is, the Targaryen colours of black and red. You get both a black robe with red details and, as seen here, a red robe with black details. A matching recolouring of the Rainha gown is also available at the event, but for this photo I needed another gown from the Muses, namely the Tansy gown.

I am also wearing one of the newest hairs from Exile and I have to say I love the new textures and the option for streaks. Perfect for Targaryen hair, mingling in a touch of gold with the silver. My skin is the Siobhan skin from Adam n Eve, which has really great pale blond brows. 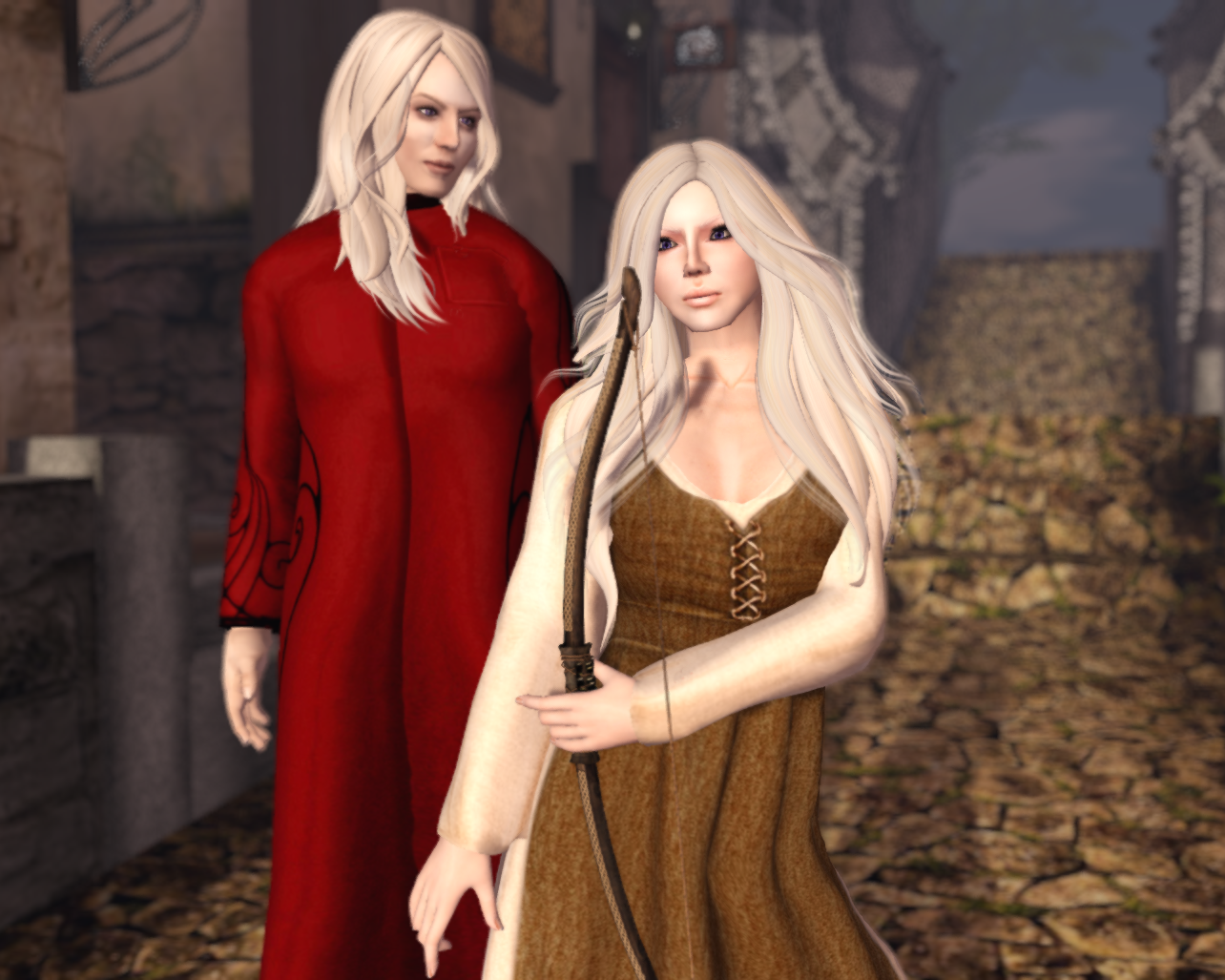 Also from We Love Role-Play is the ornate bow that I am wearing. It comes from EZ Weapons and is a fully scripted weapon. I am not terribly familiar with scripted weapons in Second Life since our actual role-playing still happens on a MUSH, but it certainly looks like a comprehensive and well-documented system.

So, what about the characters we’re supposed to be portraying? Well, it would be Prince Aegon—later King Aegon IV, called the Unworthy—and his cousin Daena, also called Daena the Defiant. She was one of Baelor the Blessed’s three sisters whom he locked up in a keep that became known as the Maidenvault, lest their beauty tempt men into sinning. Baelor was actually married to Daena for a while but he had the marriage annulled (it had never been consummated). Daena didn’t much like being locked up and over the years she escaped several times, generally dressed as a peasant girl and often with the help of her cousin Aegon. When she turned up pregnant while still confined in the Maidenvault, it was suspected that Aegon was the father, though she refused to confirm this and that is how she earned her byname, “the Defiant”.