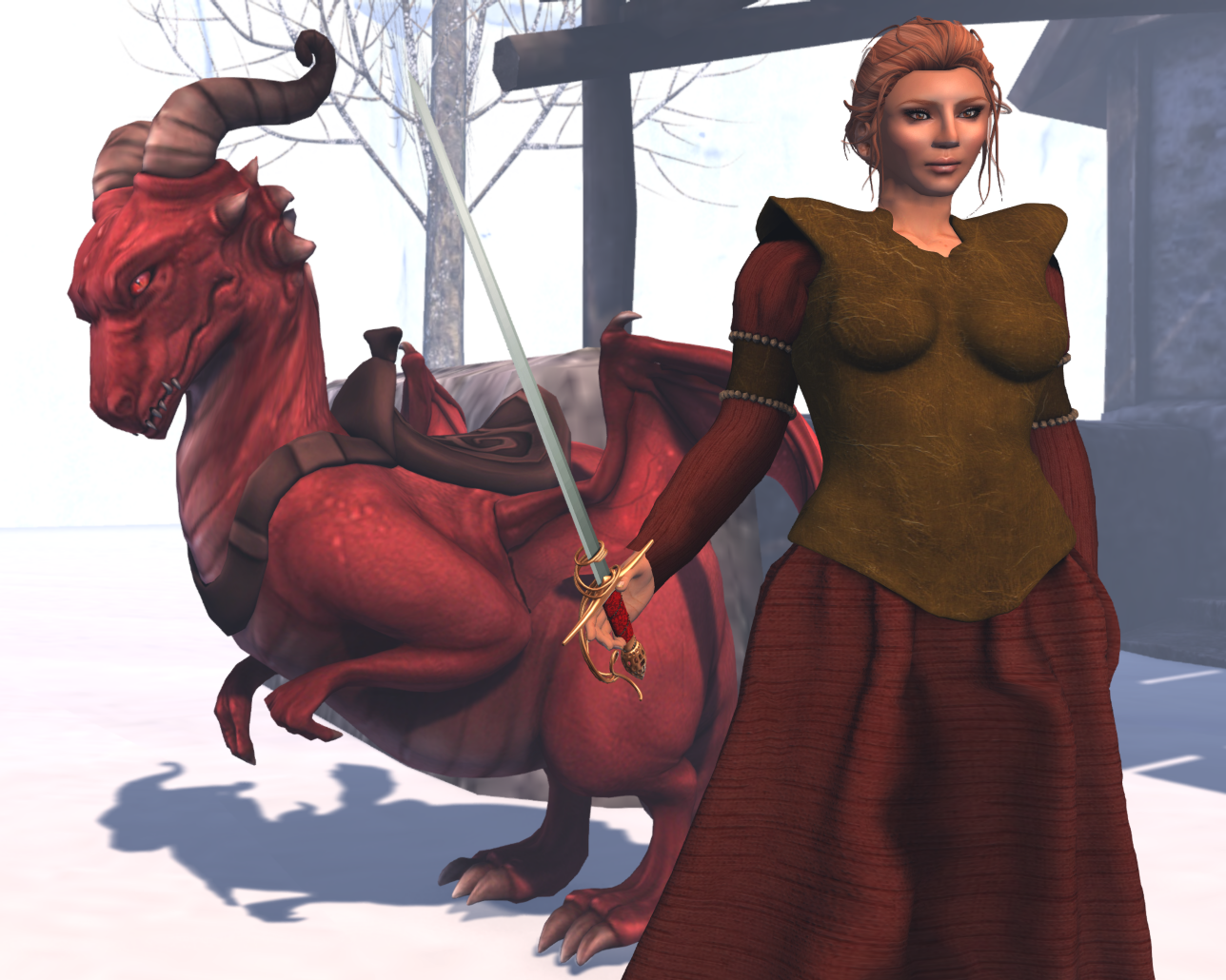 The dress, which looks both reasonably warm and warlike, is called Eir and is Luminary’s release for We Love Role-Play. I like the combination of a leather breastplate over what I might imagine to be a heavy wool dress.

The hair is Rogue by Exile, another We Love Role-Play release, and it includes both a male and a female version. Yes, I dispatched Ran there to buy his own copy as well as such initiatives need to be encouraged. 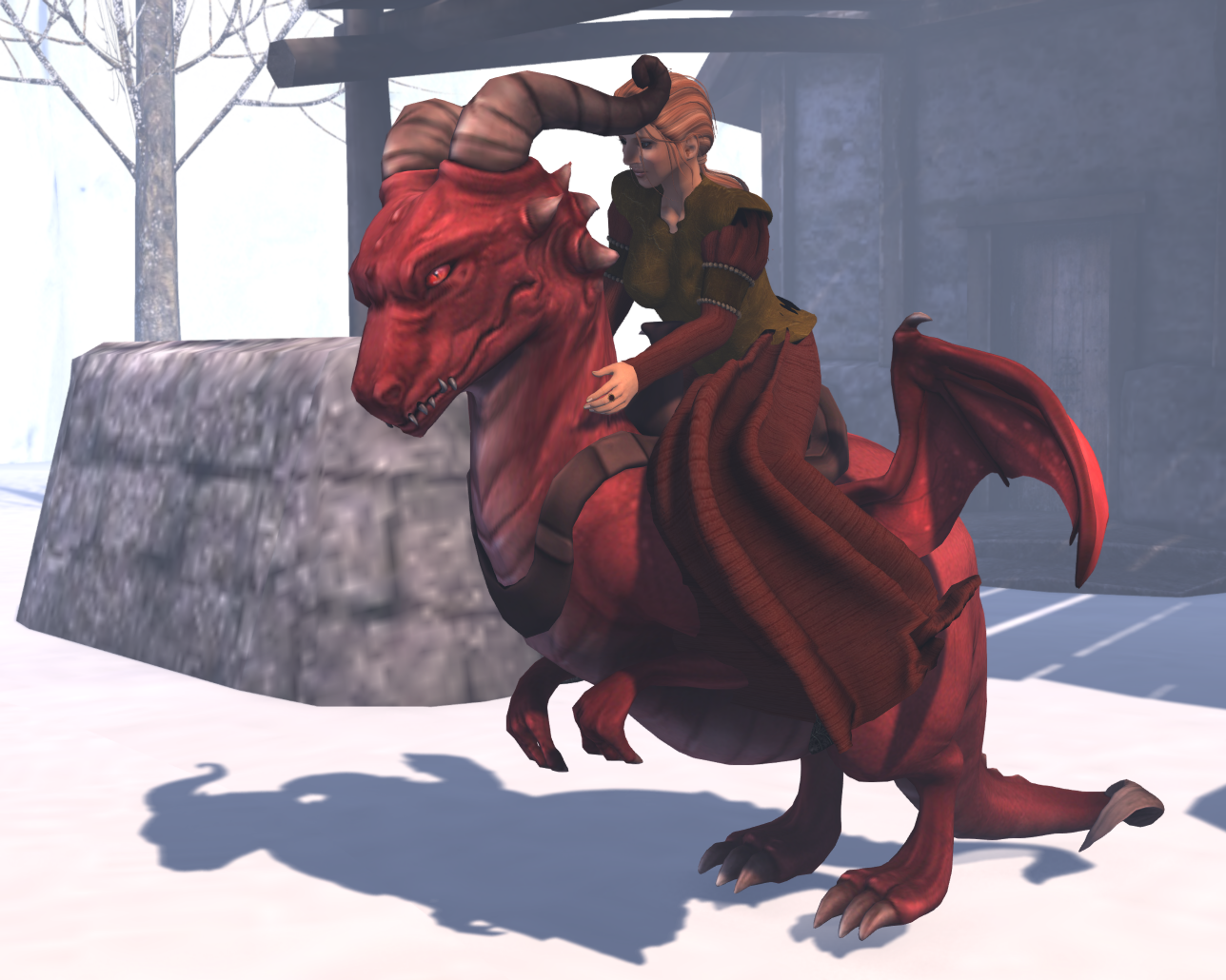 The red dragon is from Alchemy’s Dragon-Kin gacha at the Fantasy Gacha Carnival. It includes both these ridable dragons and matching dragonette pets.  A second gacha includes a matching dragon-rider outfit. As always with Alchemy the modelling is fantastic and these mounts and pets look like they walked straight out of a high-end video game.

Plus, the dragon is so darned cute in a fierce kind of way. I recently finished The Dinosaur Lords by Victor Milán and I think it left me with an urge to have my own fierce battle-dinosaur. And a battle-dragon is pretty close, right?

The sword is by Aisling for a previous round of Enchantment, my skin is Tanya by Tuli and in the background we have a house from Fanatik as well as ice cliffs from Fanatik.