I really like the cage skirt from the Annex; it is actually a common piece from the gacha (also available in white) and it could easily be combined into both whimsical fantasy looks and edgier modern looks, for example paired with some lingerie. The matching corset and pasties are also common pieces, though the pasties come in three metal options so it can of course be tricky to land the right one if you want an all-black look.

Underneath the skirt I am wearing the Dark Guardian set from Noble Creations. The main piece, the “pants” such as they are, come in several sizes, and I found that they worked pretty well with my Slink body. I went a little smaller with them than I might otherwise have done to fit them in under the skirt. 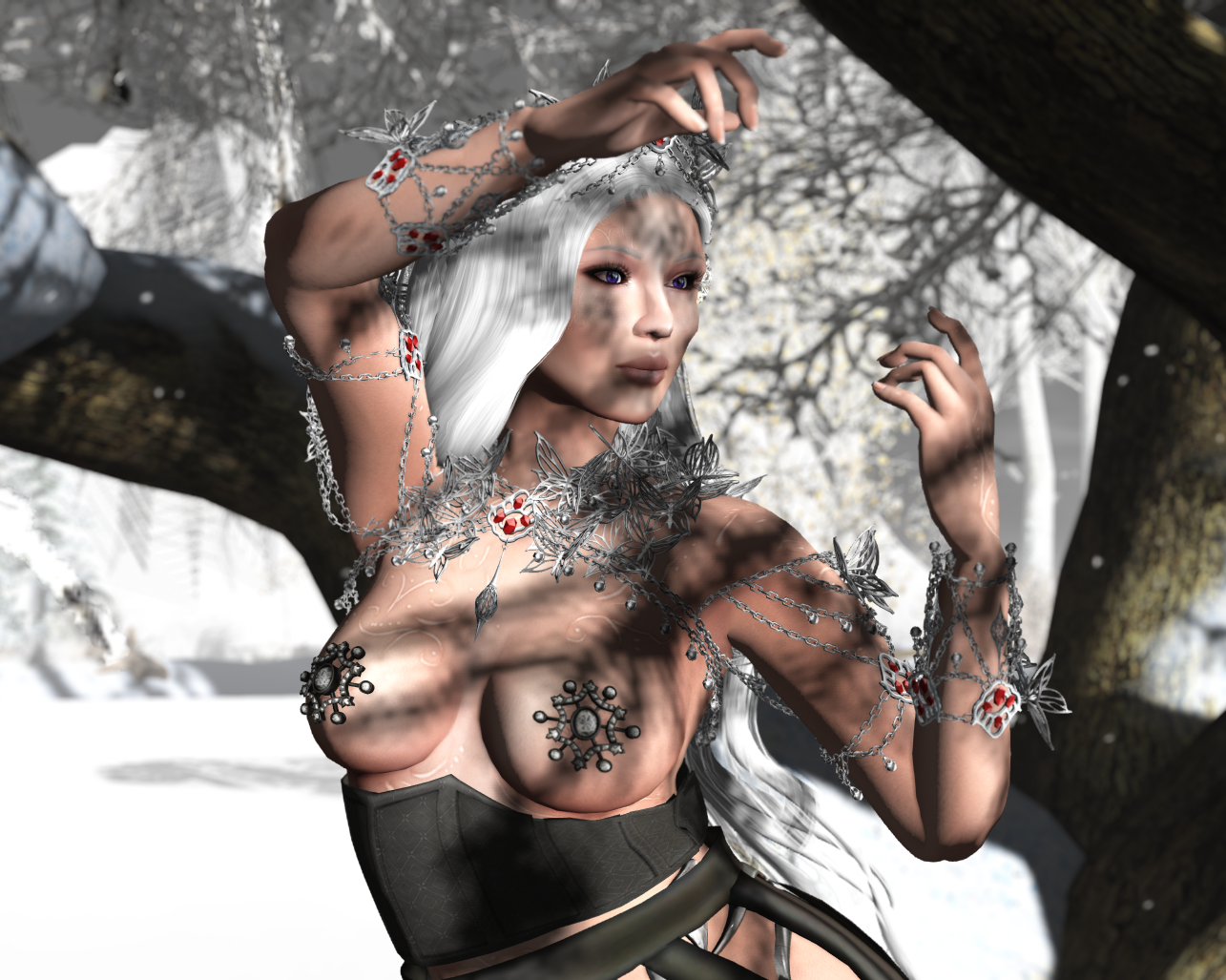 The Tashania set from Aisling is another of their gachas from the Fantasy Gacha Carnival and it is an elaborate creation of leaves and butterflies. It follows their usual gacha setup with commons that come in one of three metals and rares that can be switched between all with a HUD, and as so often is the case you have a beautiful, wearable set even without the rares.

The skin I am wearing is a preview of the new female face from the Plastik which was available for last week’s 50 Linden Friday. I am really liking this fit (and the new male face is also quite nice) and this particular skin also has some beautiful markings on the face and the body.