As promised in my previous post, a closer look at the new Prima Femme body, created by Fizz Savira. I picked up some very minimal lingerie from Faida to show off as much as possible of the body and selected the elegant, expressive “Creo en Mio” pose from Be My Mannequin? for the “fancy” shots. The hair is a new style from Wasabi, a sleek ponytail with a bit of a witchy hair clip. I included a close-up of the same pose to give a better look at the hair, scroll past that for the “review” shots of the body and all the details. 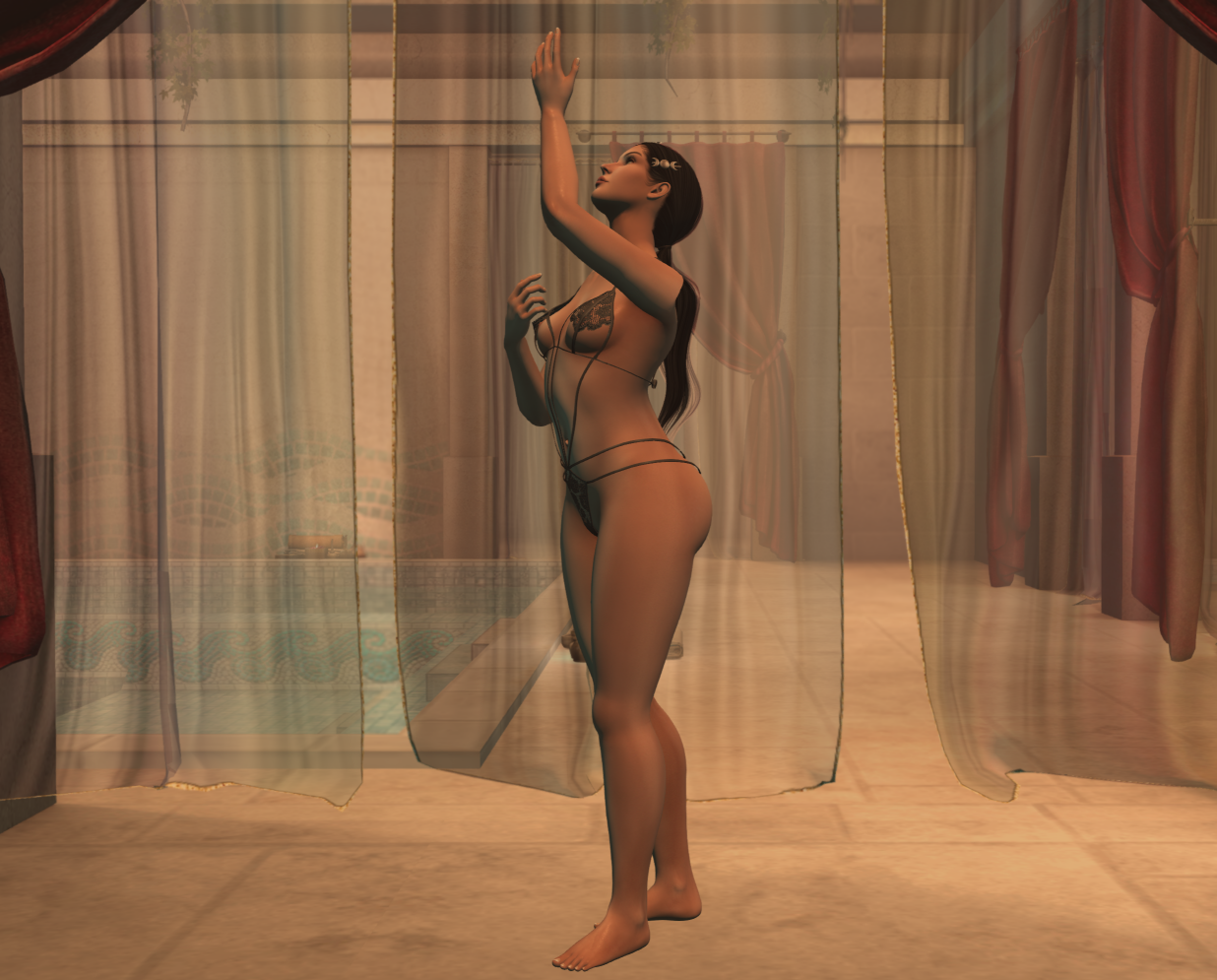 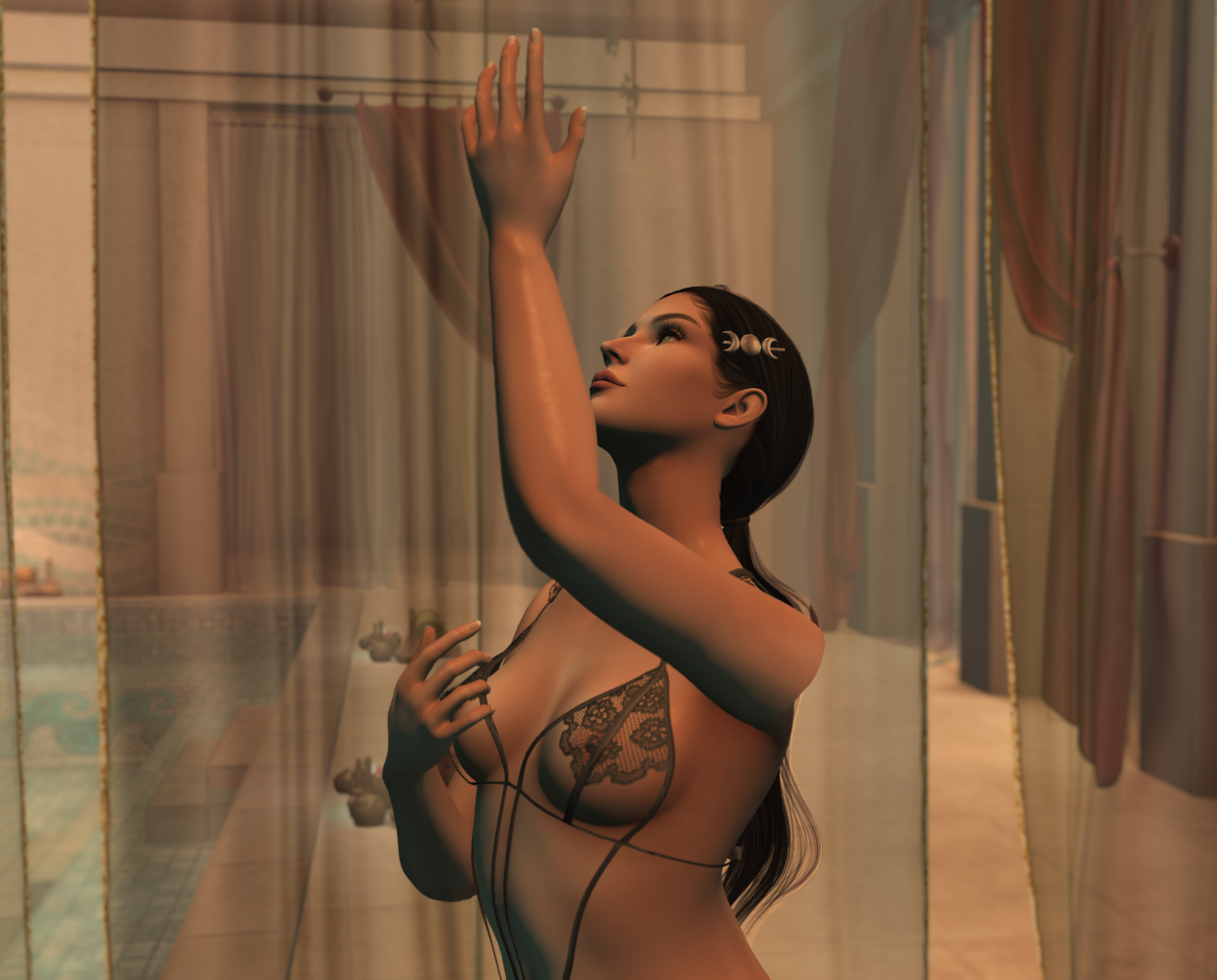 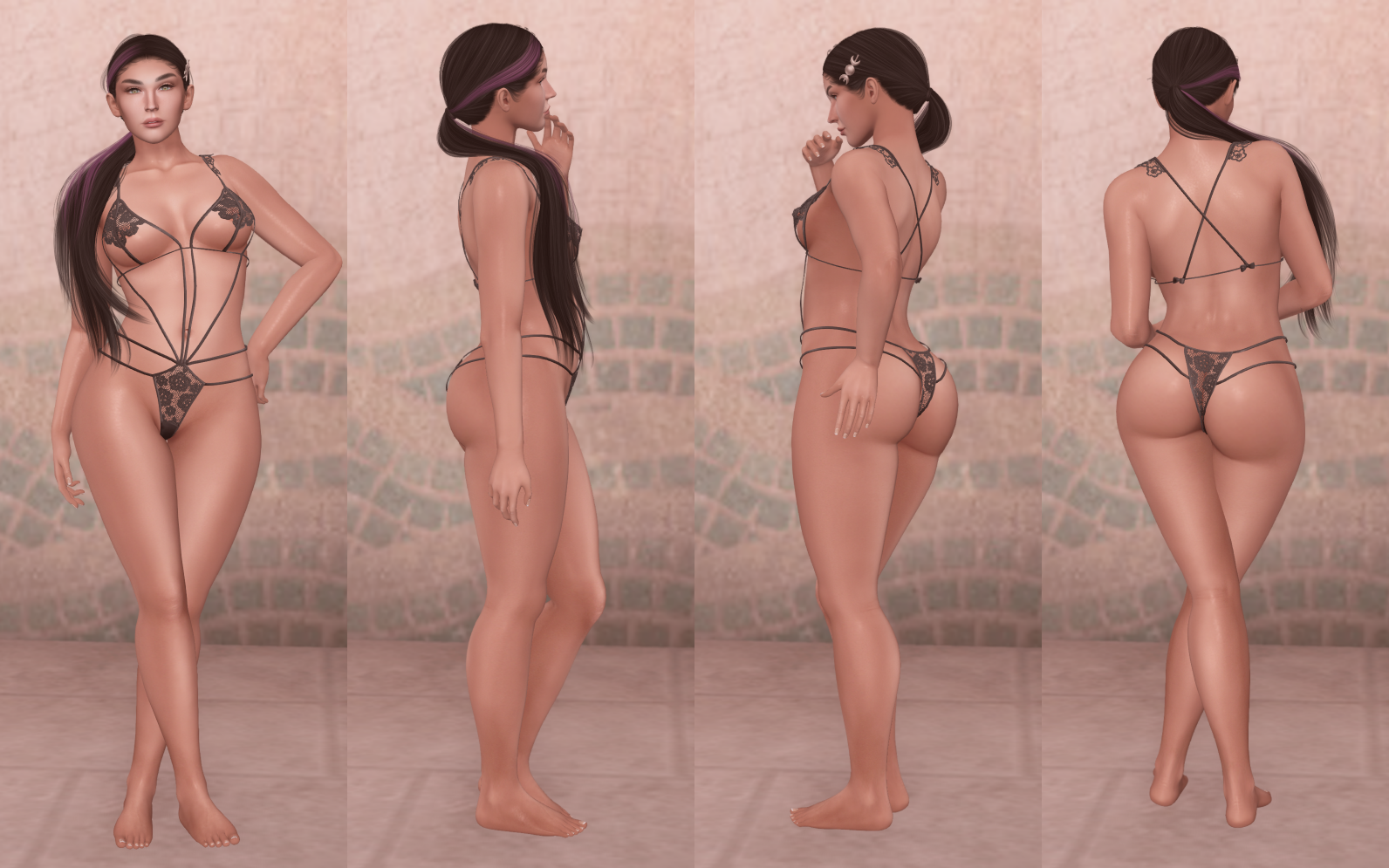 Prima Femme is available in a Busty or a Petite version or as the Elite package which gives you access to both versions via the HUD. I’ve opted for the Petite version here and added three of the many included body deformers, to further adjust the breasts, bottom and shoulders.

Prima Femme is a very nicely made body which offers a lot of neat options for further customization. Little tweaks to the breasts and the bottom are available via the HUD, and for more significant changes the aforementioned body deformers can make quite a difference. There are a total of 80 bust deformers and 45 other body deformers included.

Overall, I quite like the shape of the body, even if I would have preferred the more realistic, flatter line from hip bone to thigh that Slink Physique and Cinnamon & Chai has. But the Petite bust in particular is very nicely shaped.  I think the body should work well for both more realistic and more exaggerated shapes.