A little while ago, Fanatik released a wonderful collection of Roman buildings. With these, you can build your very own Roman town, with houses, warehouses, temples and a forum. There was also a package of Roman roads and a gorgeous villa Rustica, for the country lord living in style outside of the town. The textures for these sets are fantastic and they are easily resized if you find the defaults a bit too large. I am showing just a few shots here, to give a sense of the overall look of the pieces, but I am thinking of doing a video walk through of a build as well.

Another piece of Roman-inspired decor is the well bearing the SPQR inscription seen in the first two shots. It is from Del-ka Aedilis and also nicely resizable for when you’re rather short by SL standards. It looks great in the forum!

The hair is from F&M Oblivion, an elaborate updo that I don’t think was intended as Roman in style but sort of could pass for some of the braided arrangements we see on busts. My dress is from TRES for We Love Role-Play, a sleek fantasy gown with a nice ornate belt detail and a lovely back. For this release, TRES has added sizes for three new bodies, Belleza Gen X and Prima Femme Busty & Petite. I am actually wearing Prima Femme Petite for this post, together with a few of the very nice body deformers that add extra versatility to the shapes you can achieve. I will be digging into this body with a full review shortly! In the meantime, check it out at FaMESHed! 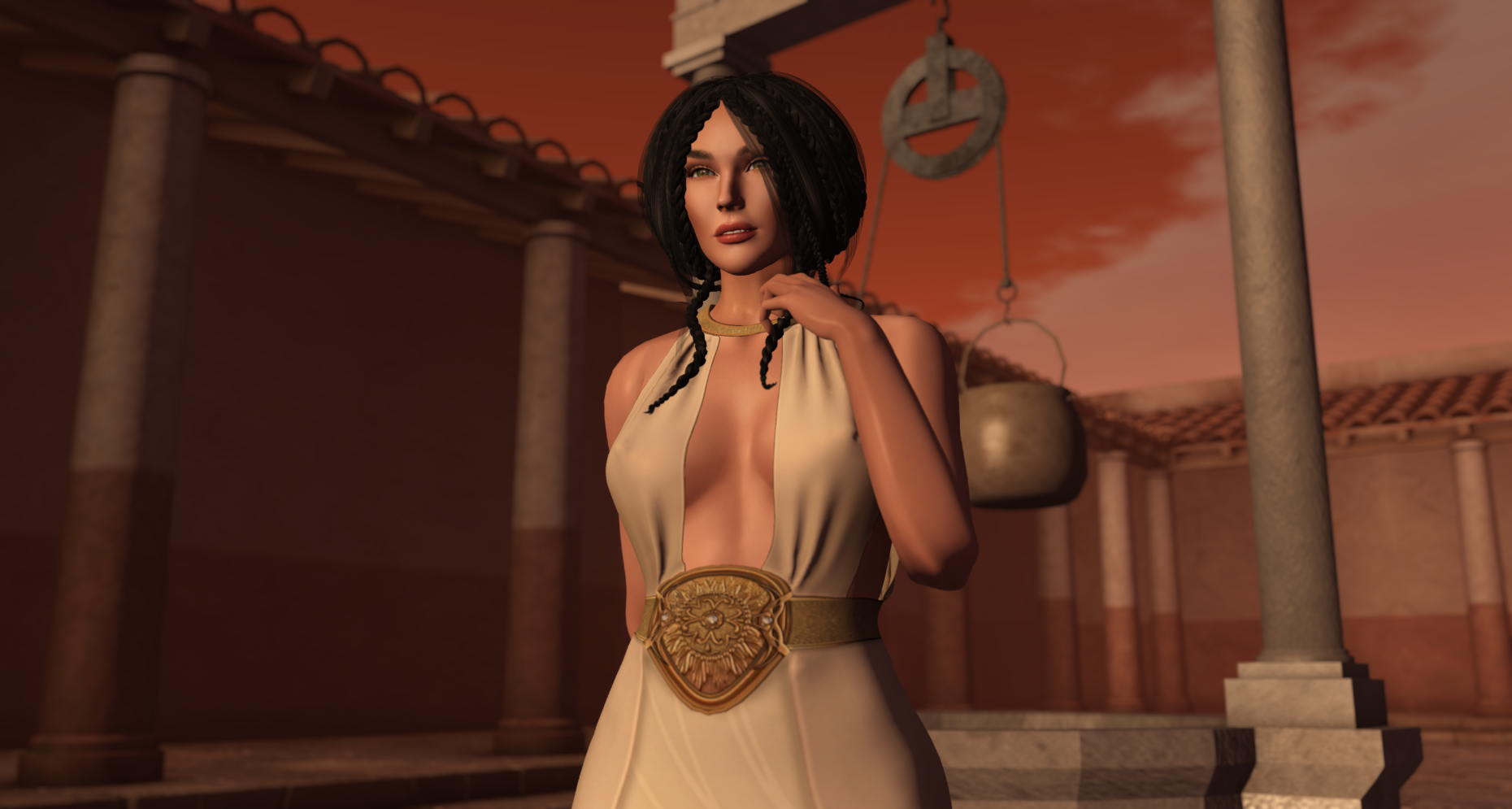 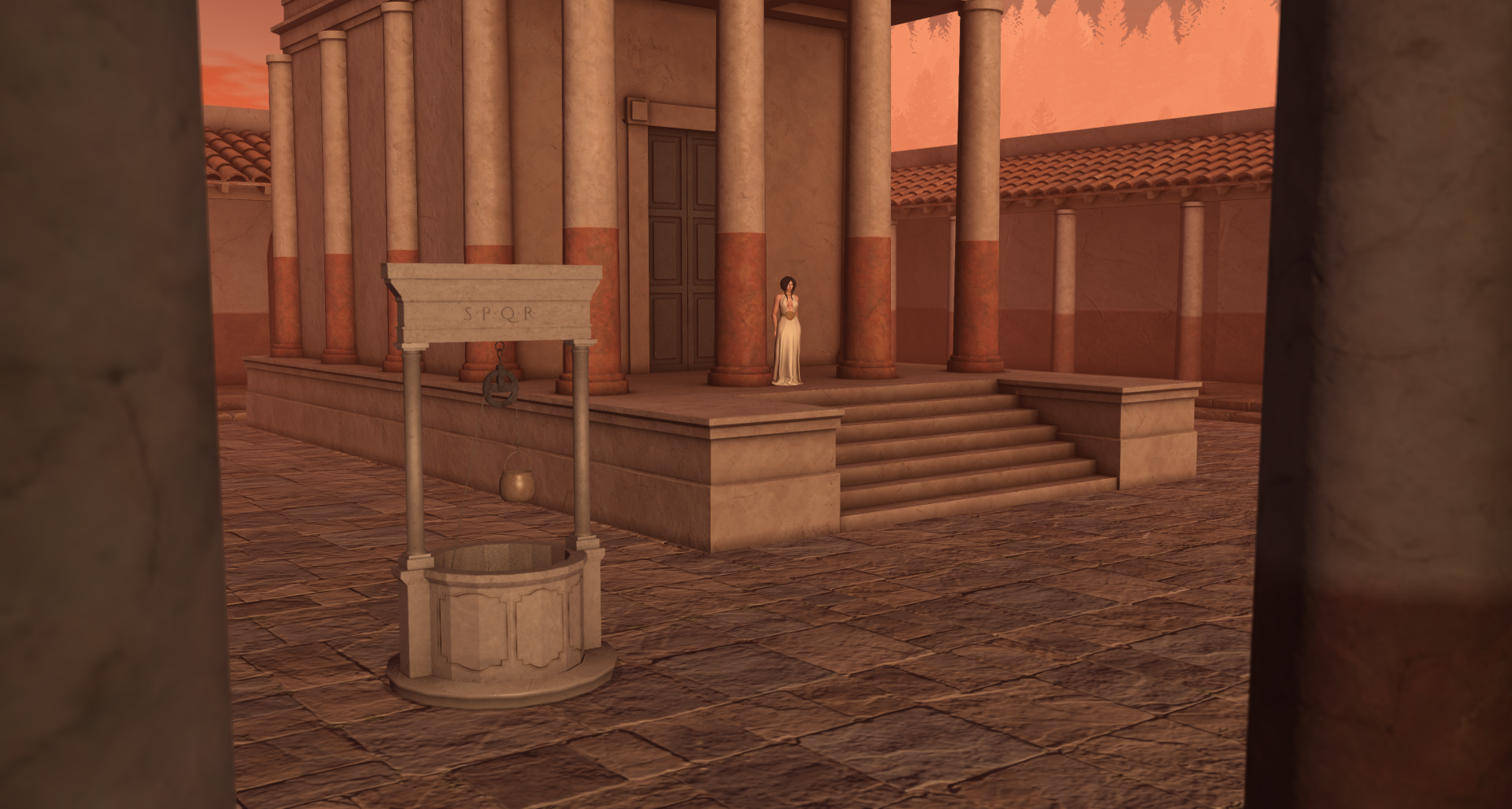 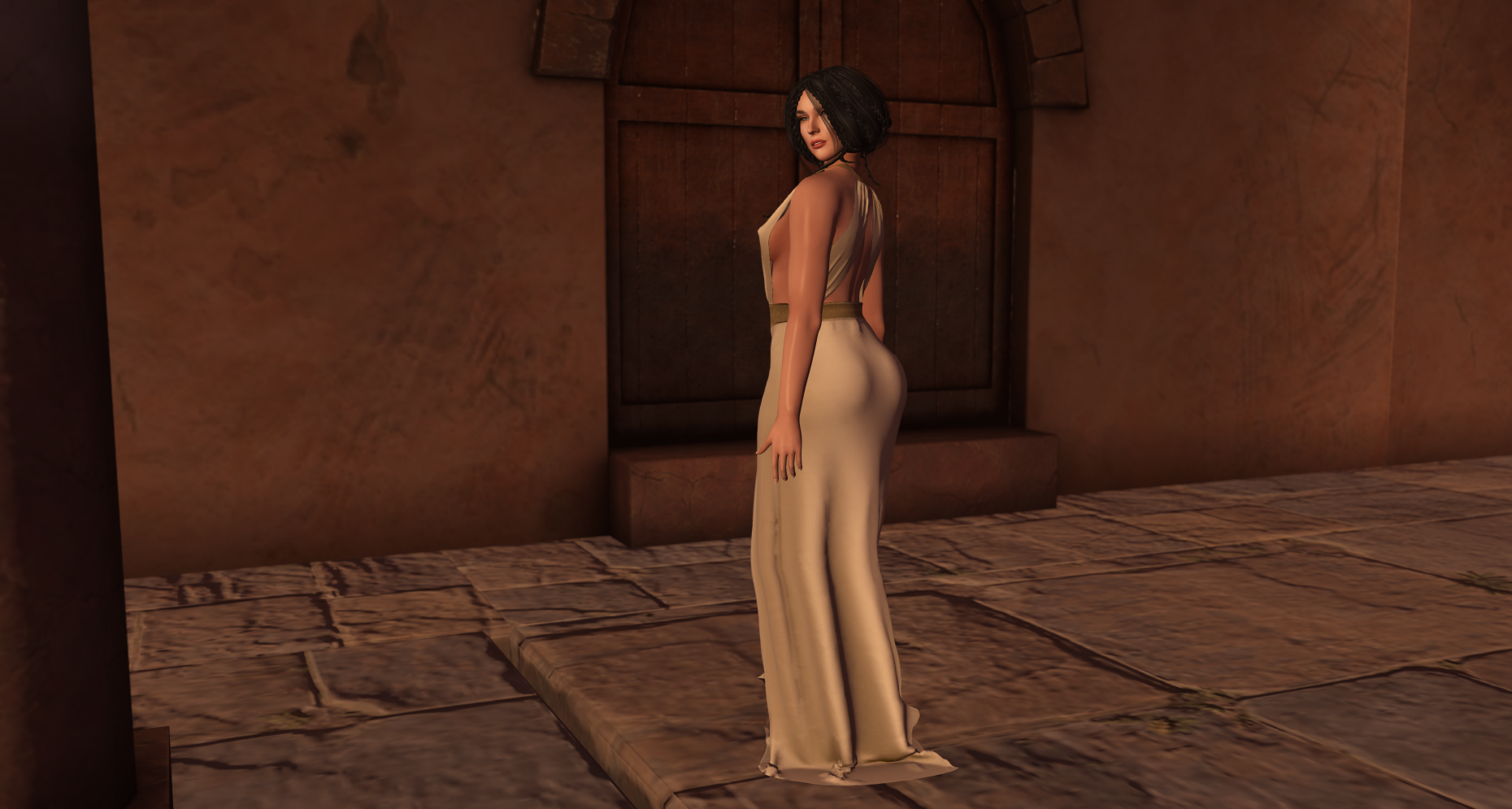 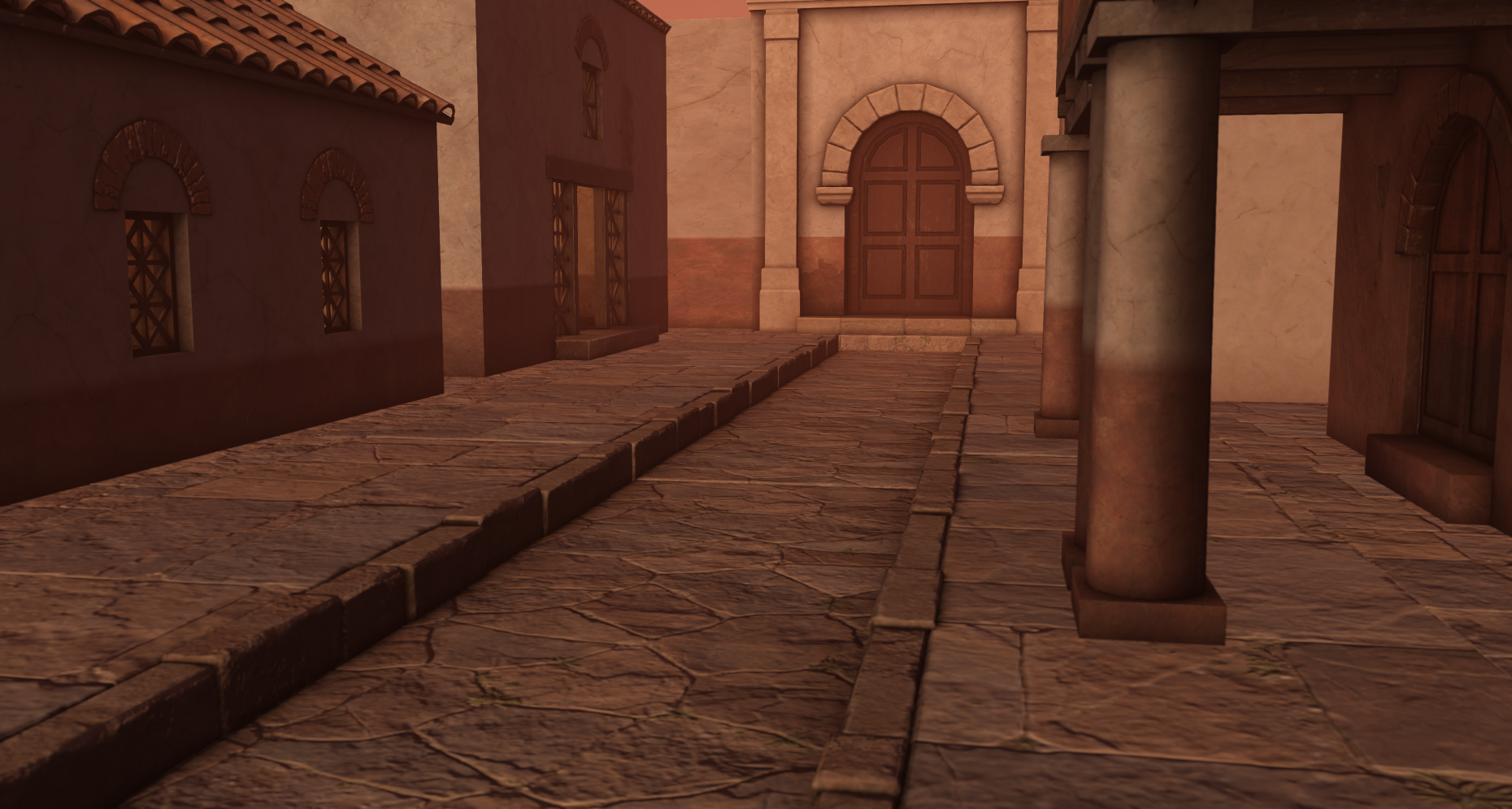