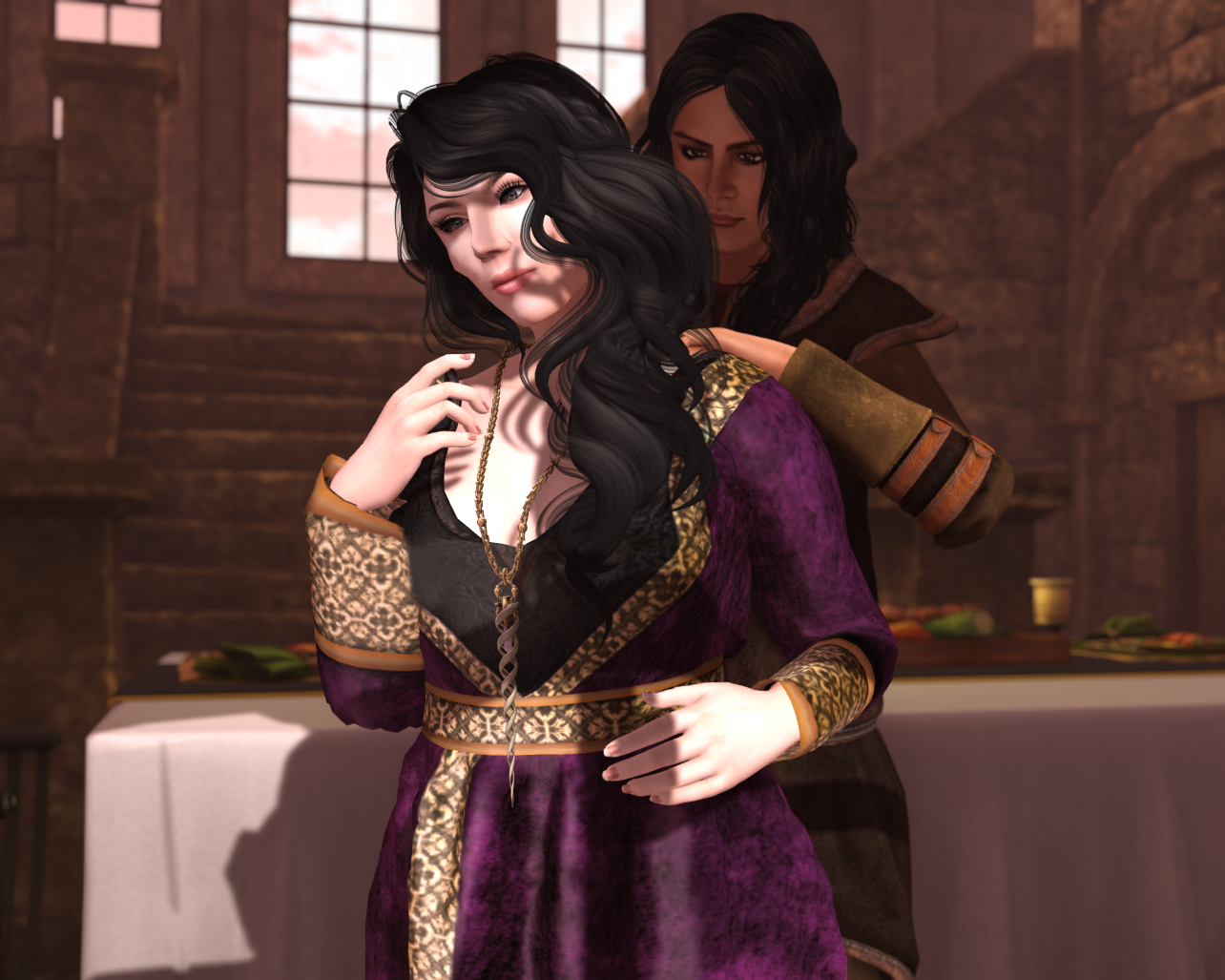 The gown is called Ariane Burgundian (the latter being the name of this style of gown) and it (like the three other gowns) are available on the Marketplace in a total of 50 copies each. It will be interesting to see how the idea of selling a limited number of copies of regular releases works out. The price has not been increased because of this limited availability, however. The dress sells for L$395 and for that you get a HUD with 10 different colour/texture options; essentially, a fatpack in one.

The unicorn necklace by Aisling comes in three sizes for the longer version and a single size for the shorter variety. A HUD controls the textures of the gemstone and of the metal. Expect to see a few more unicorn-related items soon; this round of Enchantment is inspired by Peter S. Beagle’s magical The Last Unicorn 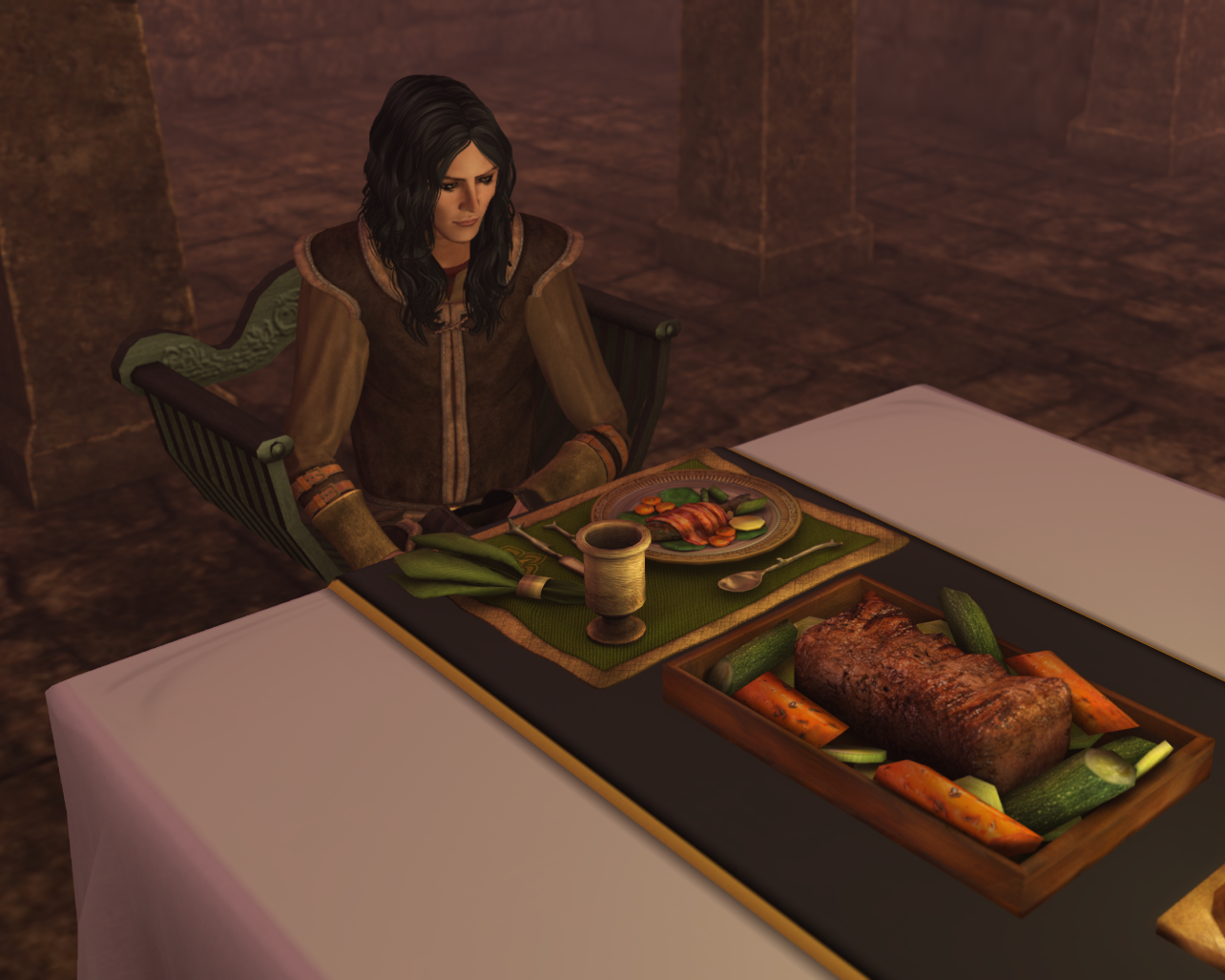 On the table are various pieces from Velvet Whip’s “Feast of Thrones” set for the Fantasy Gacha Carnival. The commons are various dishes of food, the rares are table settings with either silver or gold trim matched to various house colours and the epic prize is a table setting with all possible textures, plus options to show any of the available dishes on the plates. I particularly liked the inclusion of the bacon-wrapped trout, which is a dish specifically mentioned in the books (and also recreated for the A Feast of Ice and Fire cookbook.

Ran’s outfit is also from the Fantasy Gacha Carnival, a one-piece mesh outfit called The Republic by SWaGGa. Very nice detailing, I have to say. 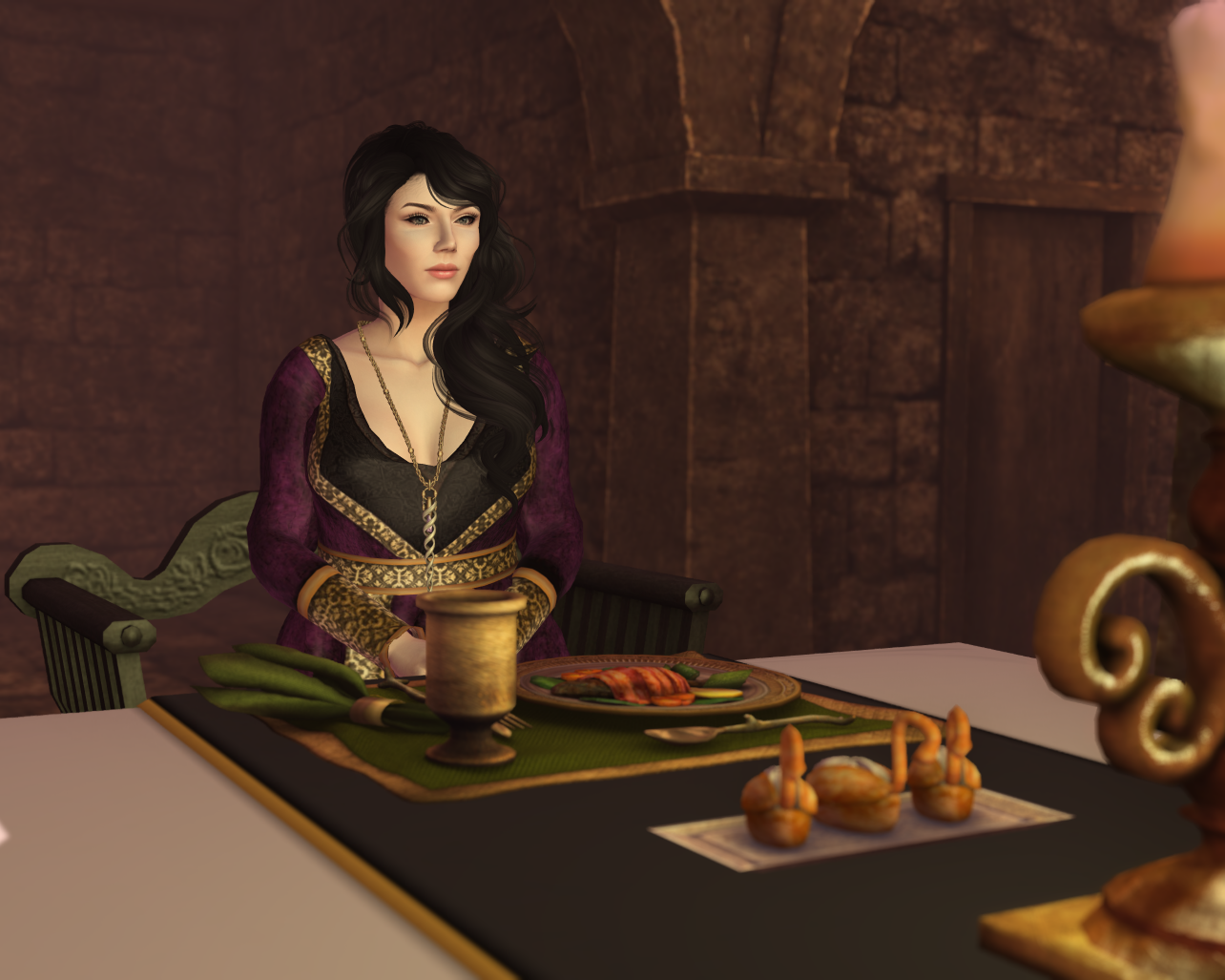 A look at a few more of the dishes from Velvet Whip and another look at my outfit, including the gorgeous Fool for Love hair which is Magika’s latest release, an absolute stunner.

I am wearing Imabee’s Imogen skin in the Apical tone and the couple pose as well as my seated pose are from oOo Studios. Ran’s pose is included with the chair, which like the table is from Jian.