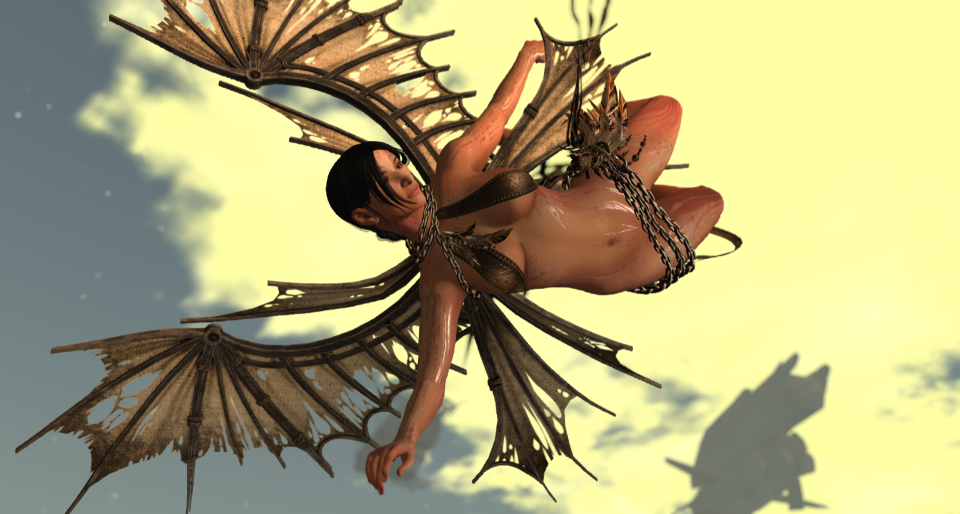 The DaVinci Faewings from Static come in 2 styles, Icharus and Old World, and each has an Animesh and a non-Animesh version. They can be set to flap as you fly or set to static poses. 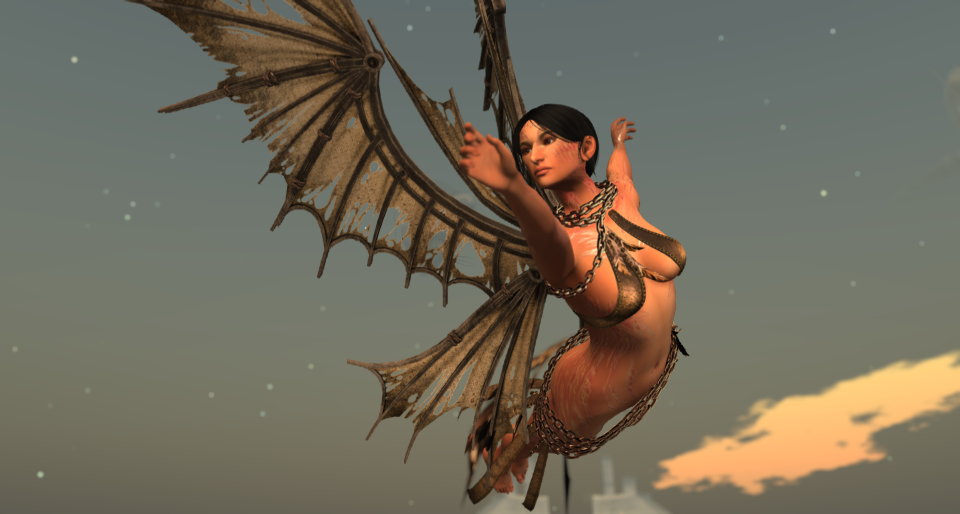 The Viscivorus skin is available for both male and female avatars. The skin itself is for Bakes on Mesh but like I noted it also includes material appliers. You get both the skin with the markings on and the markings as separate tattoos.