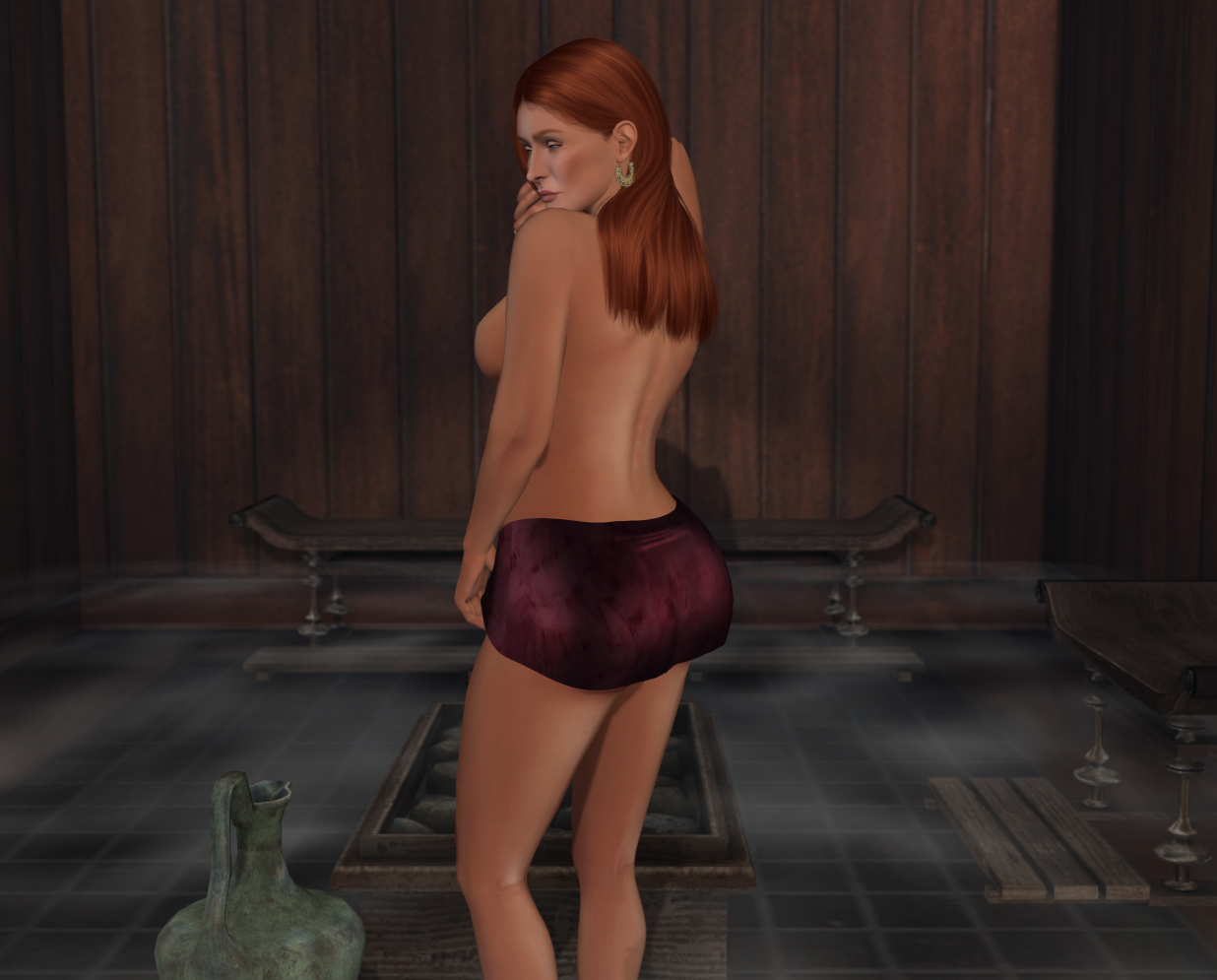 With these new releases, sachi has moved over to pure BoM skins. The previous releases did have system layers, but now that is the focus. They have been made with LeLutka Evolution heads in mind and look fabulous on Erin as well as the new release, Lake. 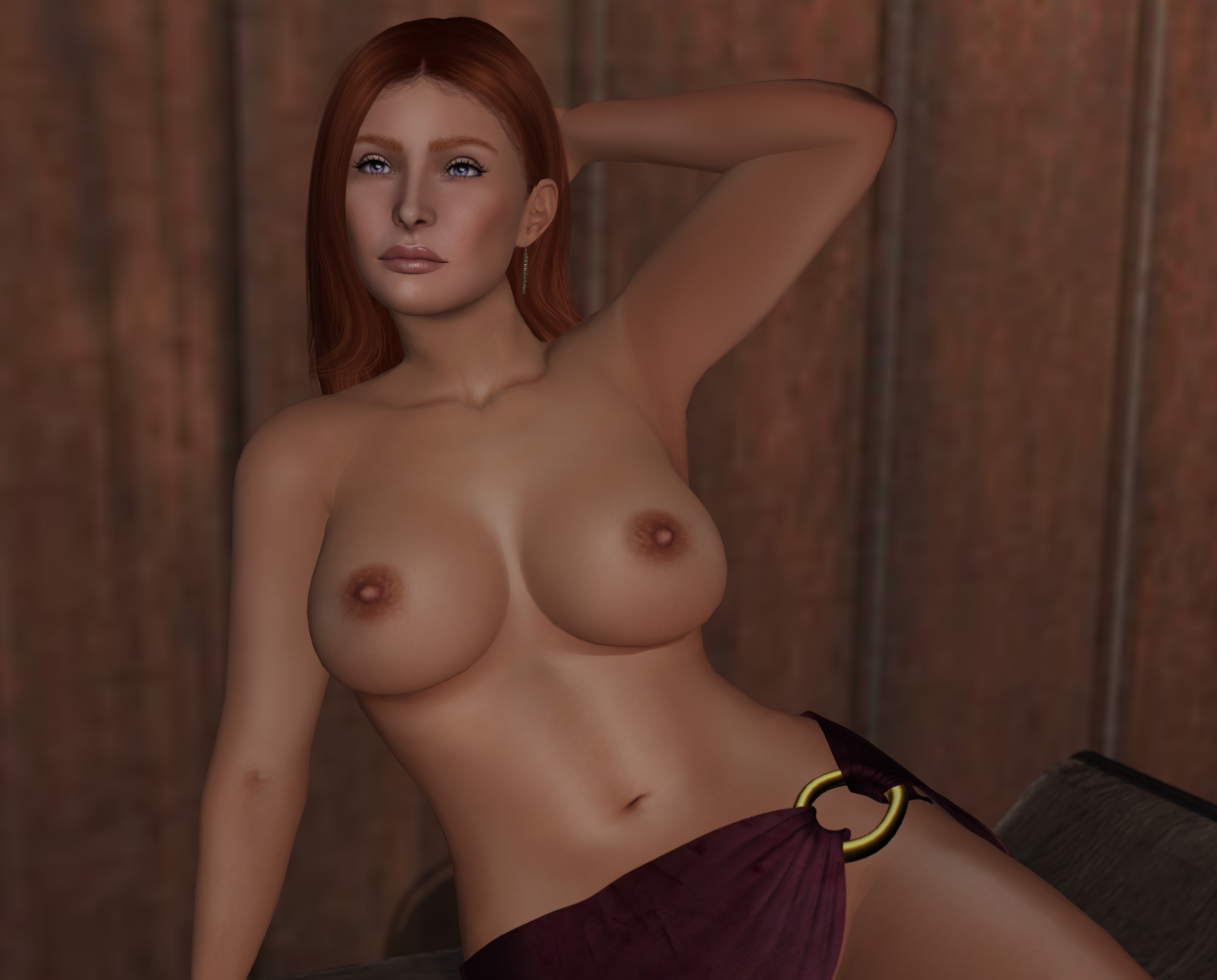 Rafferty, the last minute addition, is probably my new favourite, especially as a redhead! But you don’t need to choose, because you get a lot of options included for brows. You also get cleavage options, dimples, freckles, moles, various liners and a set of lipstains. You can buy Rafferty as a full skin or as just a head tattoo, if you already have the body. 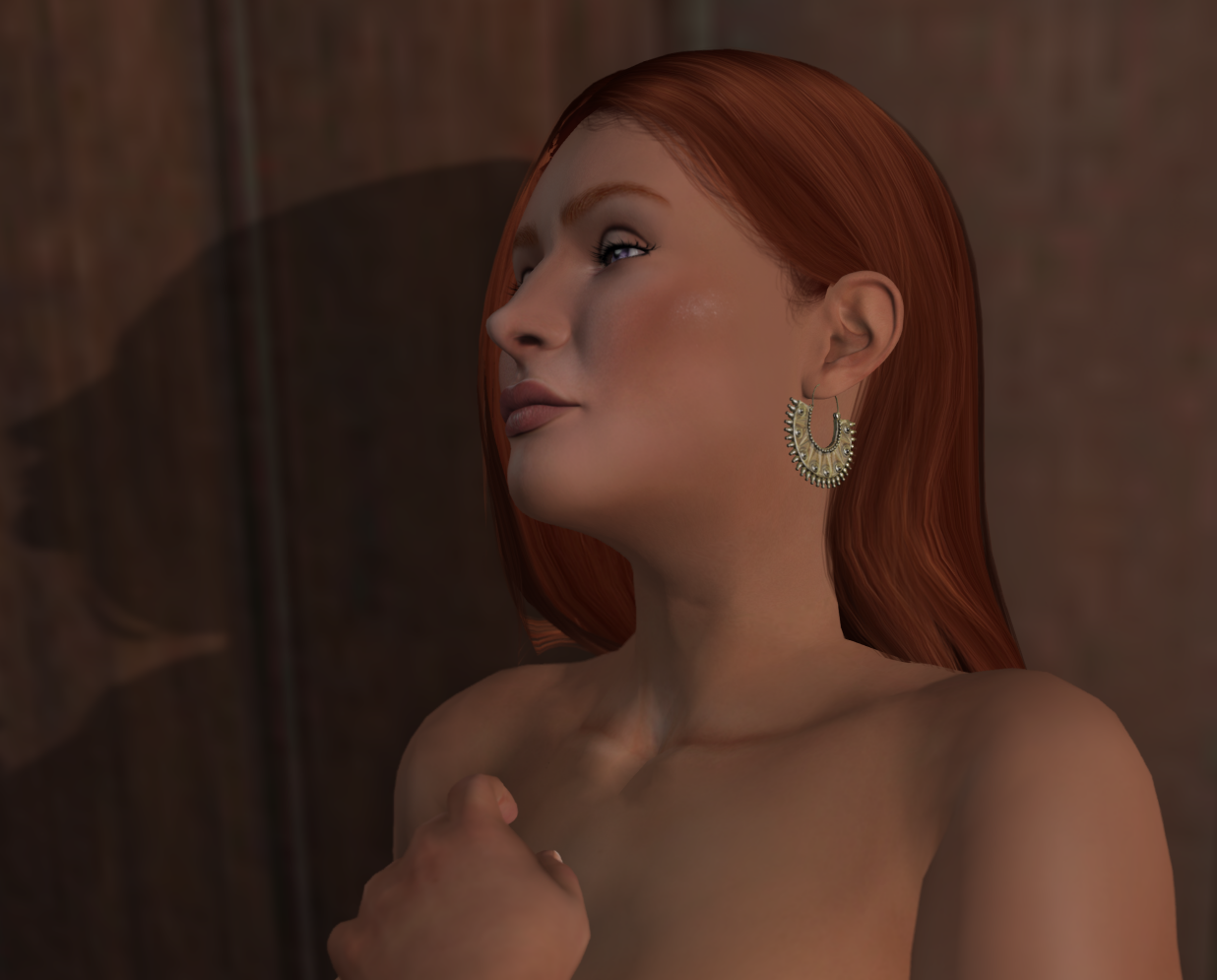 When looking at a skin, I tend to go for a fairly stripped-down look, but a few things bear mentioning. The cute little barely there skirt is from Roawenwood and the earrings are a lovely set from Dreaming Thicket inspired by ancient Greek earrings. The hair is Truth’s latest VIP gift and the very pretty eyes are GA.EG’s Ultimate Eyes with an eye from a pack available at Skin Fair. The basic version of the Ultimate Eyes is free and very feature rich (I love the positioning options), but I am seriously considering the Gold edition which adds BoM capabilities.