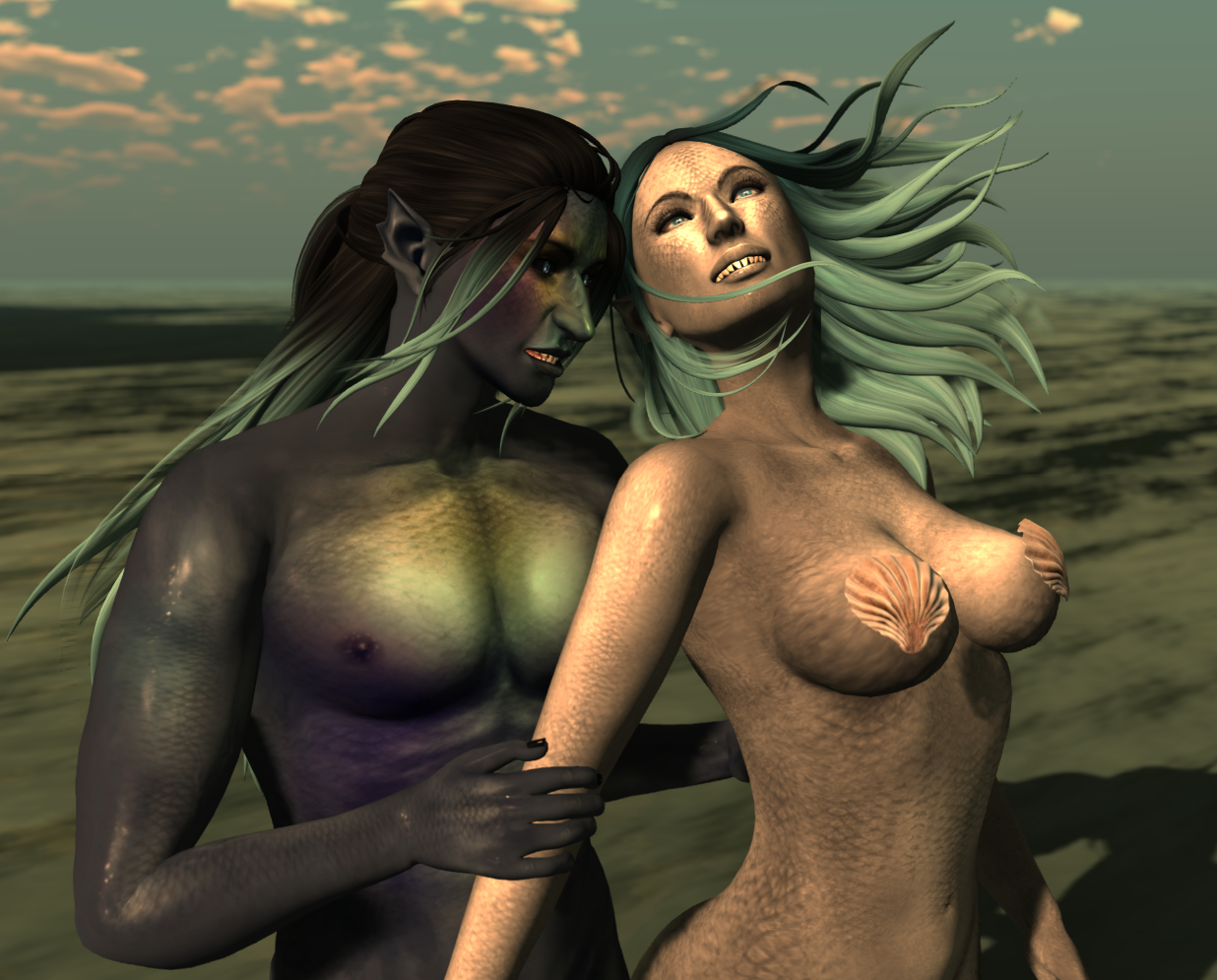 And, of course, Bakes on Mesh gives us the opportunity to dive into the treasure trove of skins from Fallen Gods that we have collected over the years. Here are two versions of the Oceanica line, in their pre-applier form but still looking fantastic.