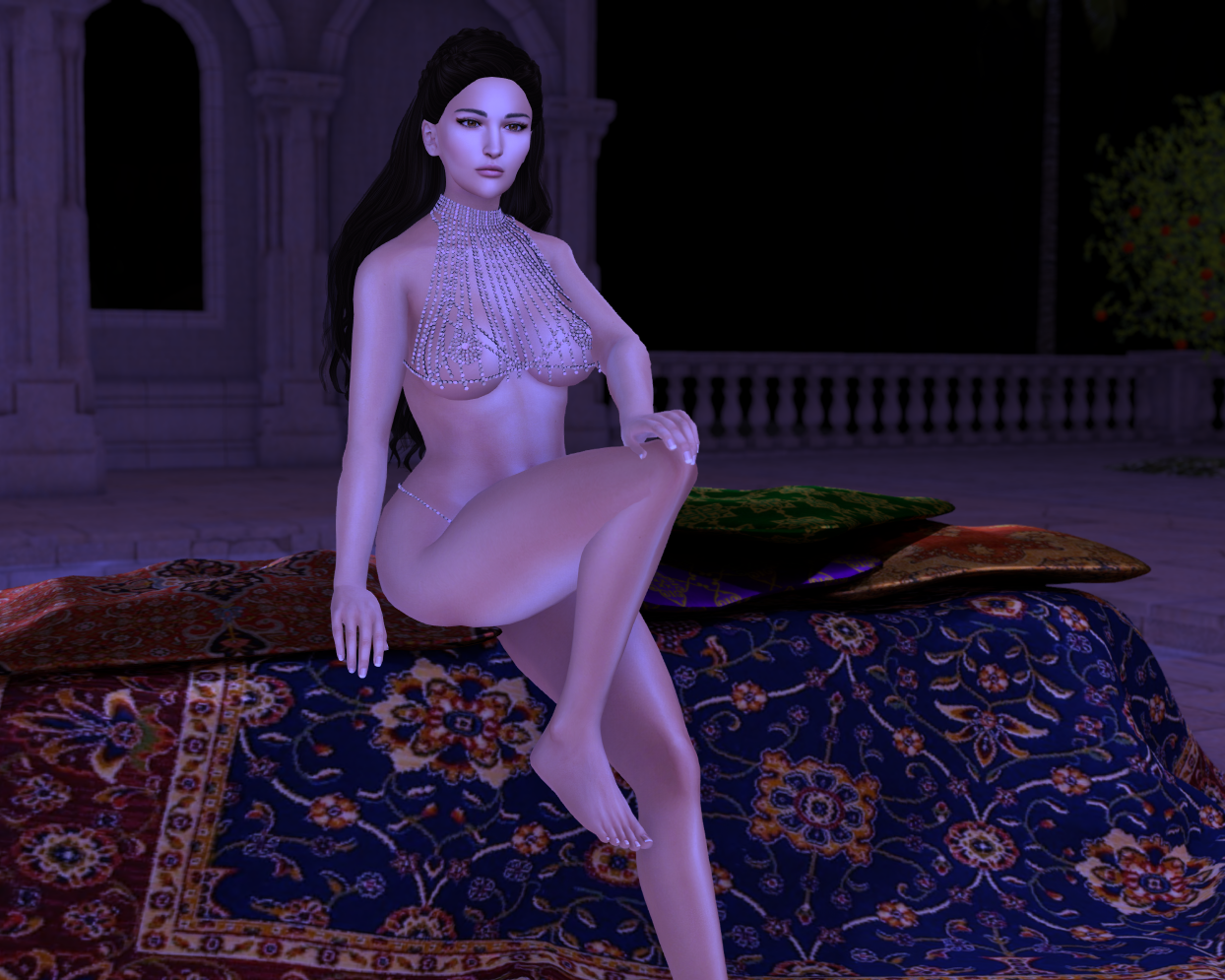 For the decor, I used the Persian Divan from Noble Creations, though instead of the built-in poses I am using a couple of sits from oOo Studio. 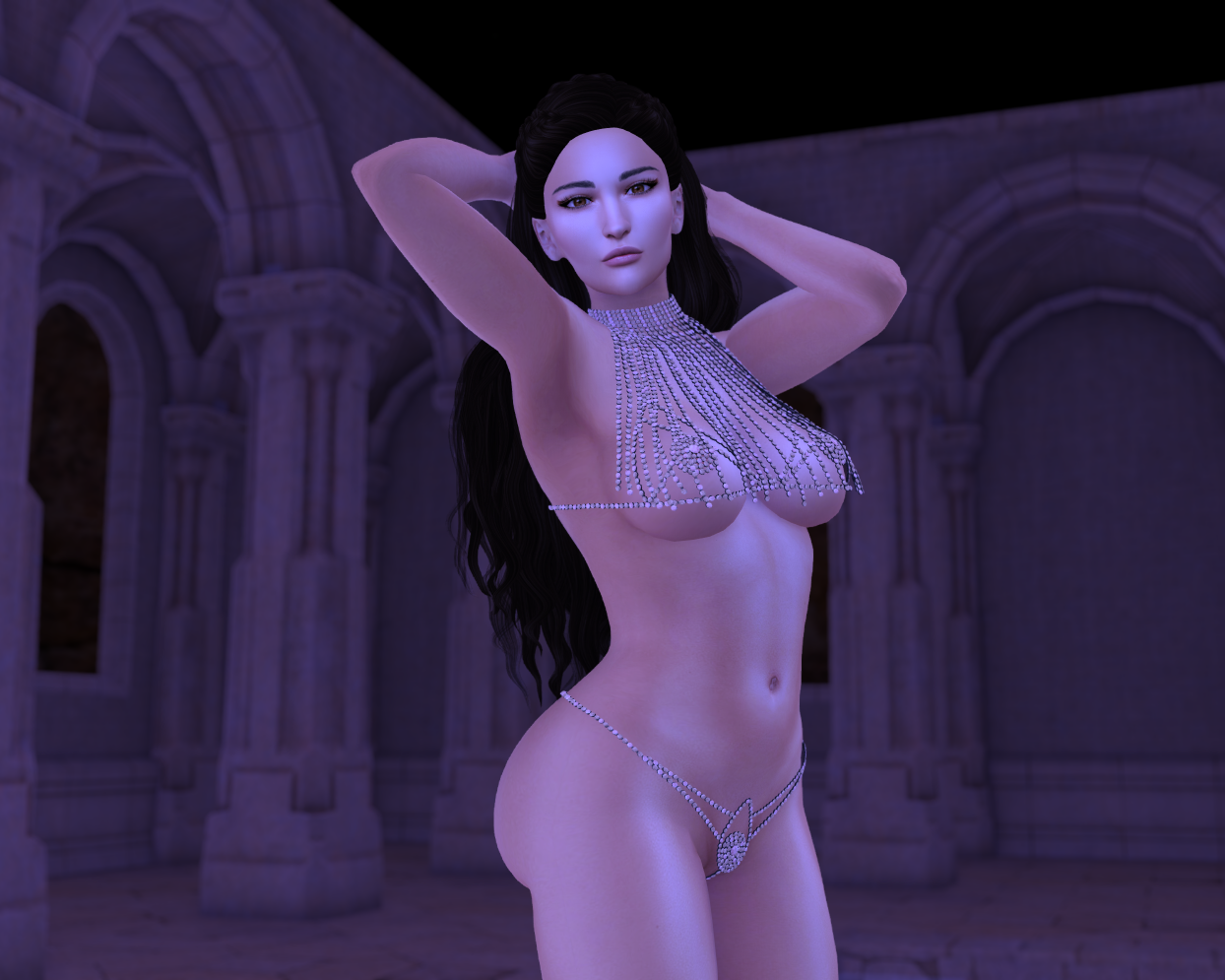 The Enelia set is available at the Kinky event and its sold as an all-included set with a HUD for mixing and matching metal and jewel colours.