With our website woes sorted out (upgrading never goes as planned) I can catch up on two posts that were supposed to be done yesterday but which turned into just Flickr posts for the time being. The first features new lingerie from alaskametro together with a very sweet gacha from the Plastik. 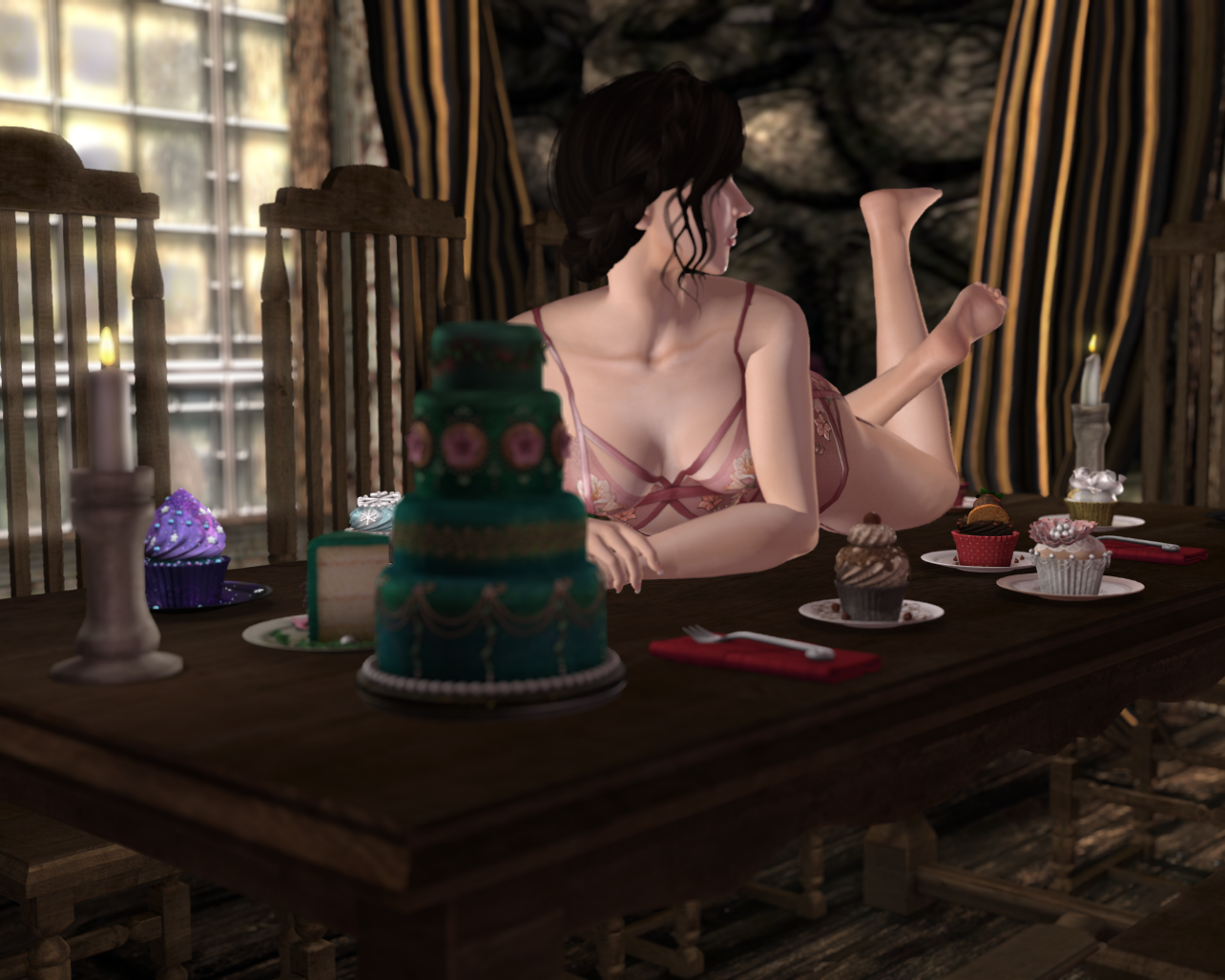 The Sugar High Gacha from the Plastik will be out at the MadPea International Food Fair which will raise money for the “Feed a Smile” charity. The fair will open on the 18th of February and run until the 4th of March.

The gacha set includes wearable and rezzable cupcakes as well as a rare cake & cake slice, plus forks and napkins in different colours. The cupcakes look seriously tasty! 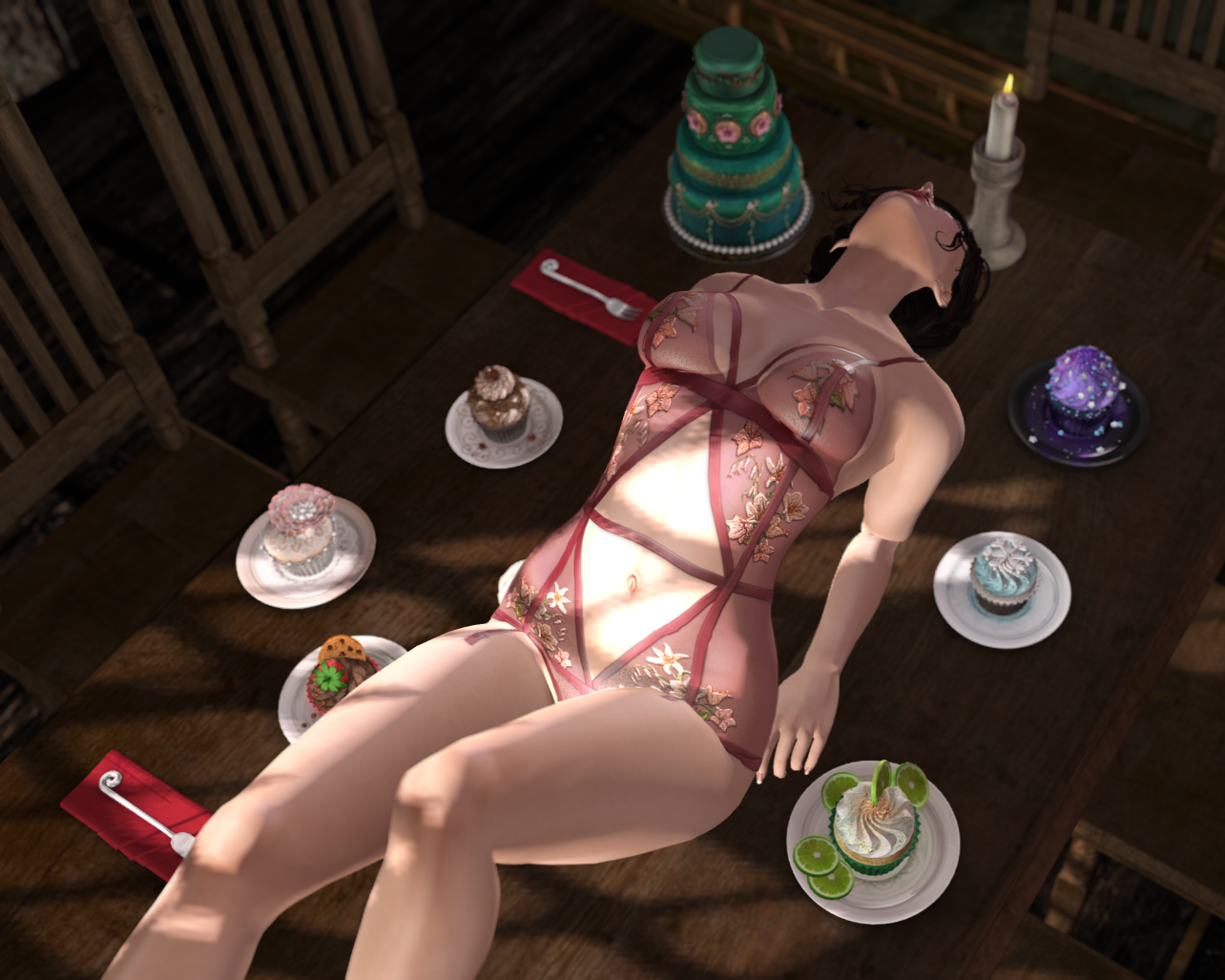 My lingerie is the Jolene lingerie in Wine from alaskametro which is available at the current round of anyBODY. I love the appliqué on this set and it uses materials to great effect.

The hair is the second of Truth’s two VIP group gifts for February, Char.