We’ve now left a sunny and quite lovely October behind for a November which looks a lot more like a typical Swedish late autumn, which means a good deal of rain. In Second Life, however, you can still enjoy glorious autumn days in an apple orchard, picking fruits to be turned into home-made apple cider. This set comes courtesy of Jian for the Love to Decorate event. I am also wearing some new releases from alaskametro and Calico. 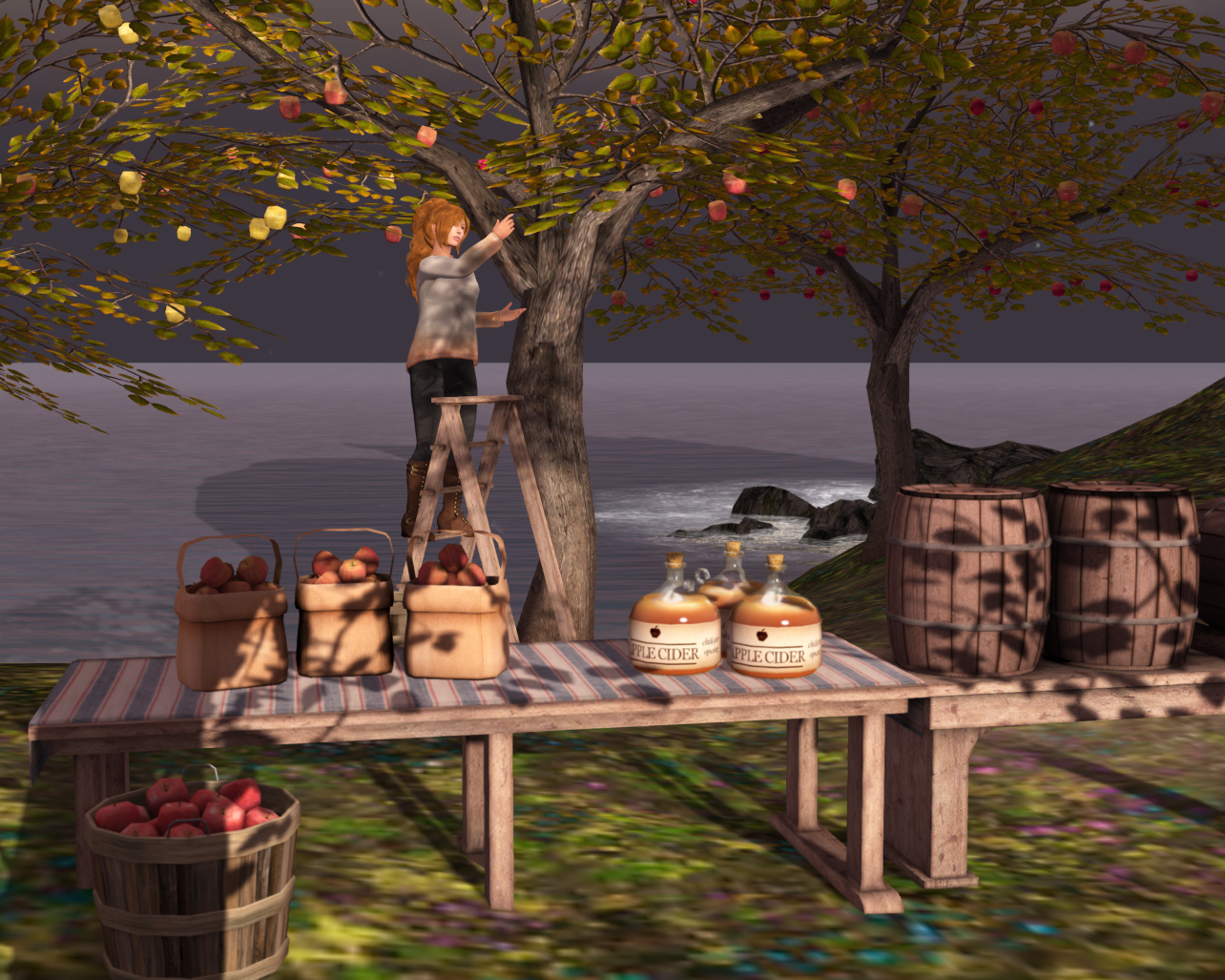 The Hillside Orchard from Jian is a collection consisting of three sets which can be purchased separately or as a pack of all three, which gives a discount. The sets are the apple trees & ladder, the cider barrels & jugs and the apple bags & buckets. The trees use the Jian Foliage HUD and offers seasonal options as well as different apple textures. The accessories such as the jugs and the bags come in a variety of different configurations. 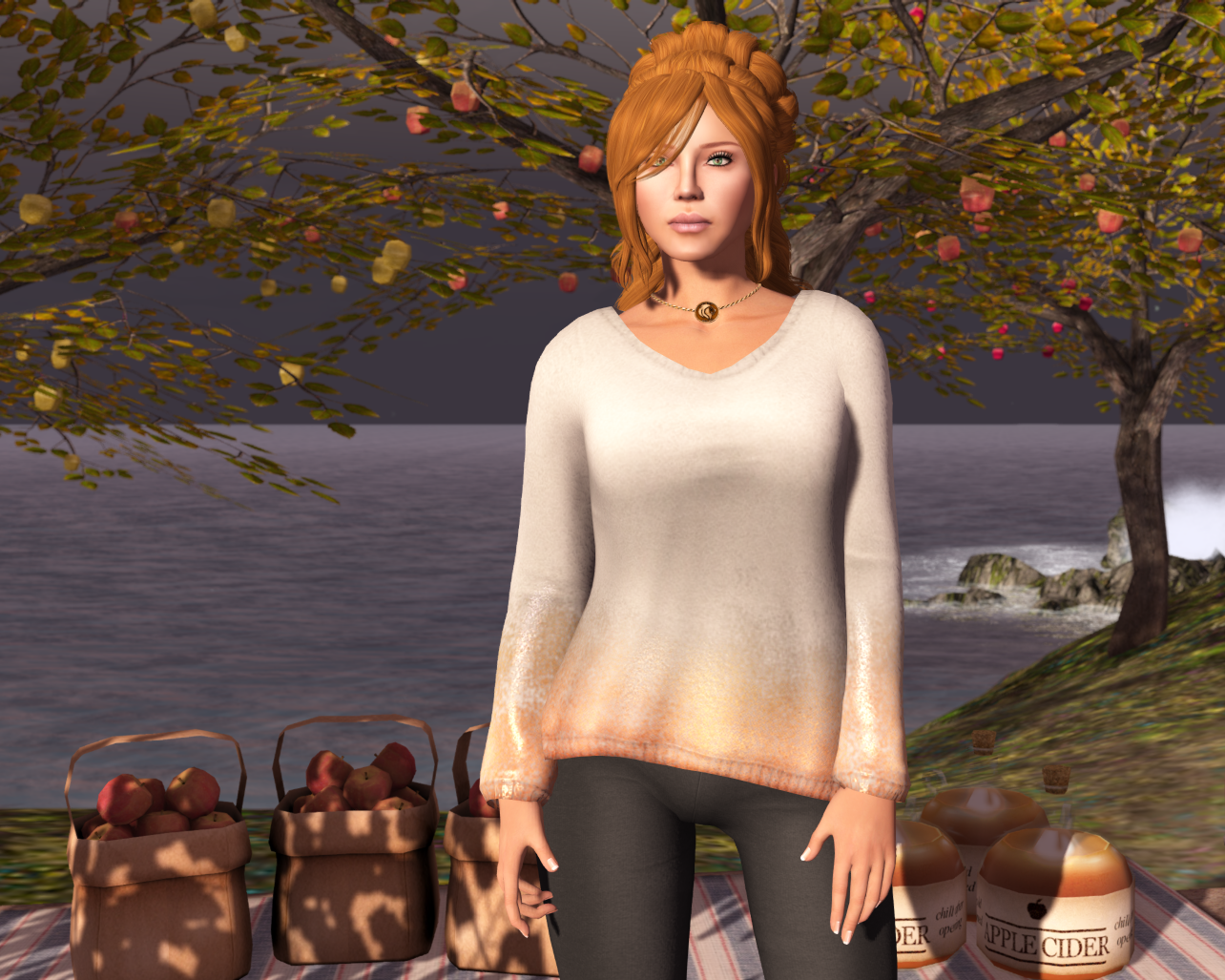 The Diana sweater is one of alaskametro’s releases for Sad November, which runs until the 21st. The metallic sweater comes with a HUD for changing the colour of the edge between this autumnal mix and one called “rain” which is a teal hue. I am also wearing the Nathalie applier leggings, an earlier alaskametro release.

The Sekhmet necklace is also Jian, via their accessory and clothing brand JianJAM. It was the 25L Tuesday release for this week. It comes with a HUD for four metal options.

The hair is Calico’s release for the brand-new Hairology event. Brooklee can be worn either as an updo or as an updo with ringlets falling down the back. The skin is Adam n Eve’s Chelsea and the second pose is from oOo Studios.