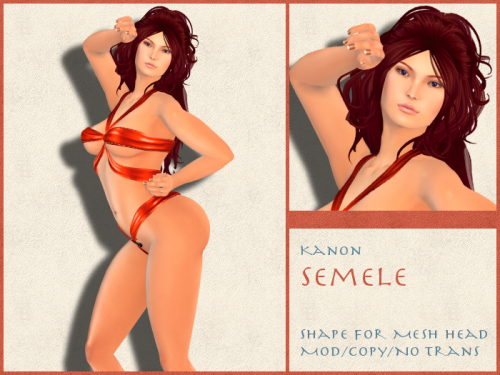 Meet Noah and Noa, Vista Animations latest AO which comes in a male (Noah) and female (Noa) version. If your preferences run to an elegant AO for women which is neither overly sexy, girly or fidgety, I think Noa would fit the bill very well. The female AO includes two versions, regular and curvy. If you have a male avatar, Noah would fit the somewhat more feminine man, perhaps a stylish dandy in a suit. I’ve done a video to show both versions which I hope will give a good sense of their vibe. Details on both outfits can be found below. The poses shown in the two photos are not from the AO but instead from Mythril’s Elegant Pose Pack, available at the Engine Room. Very classy male poses that also work well for a lady in a suit/coat. 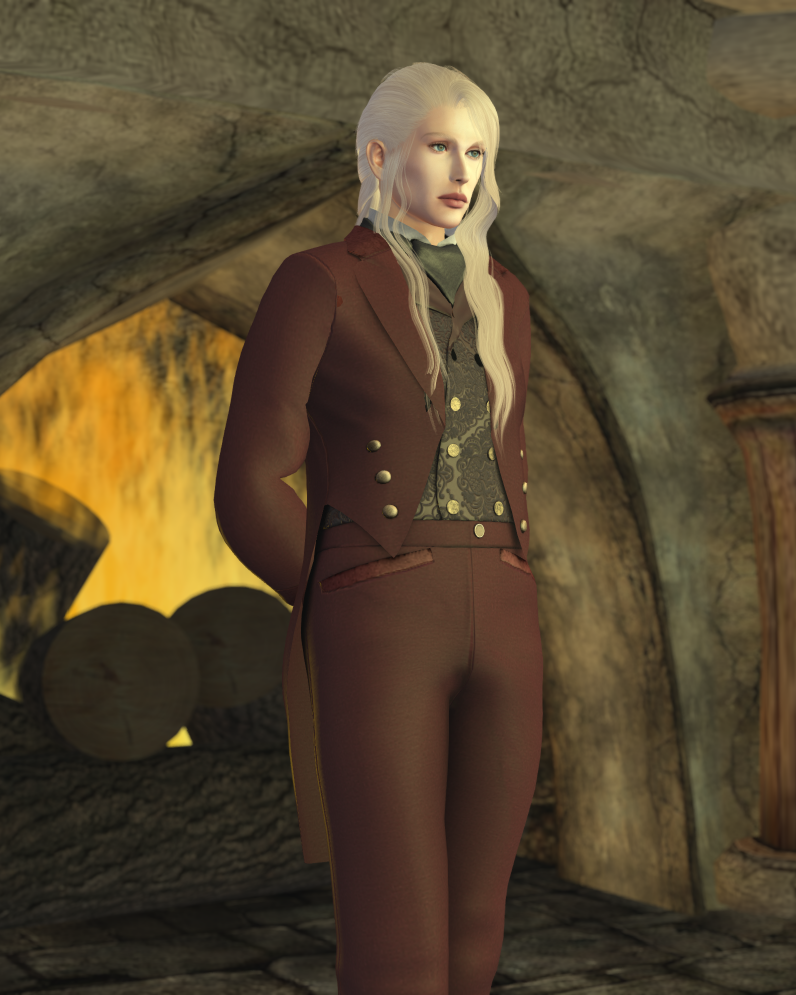 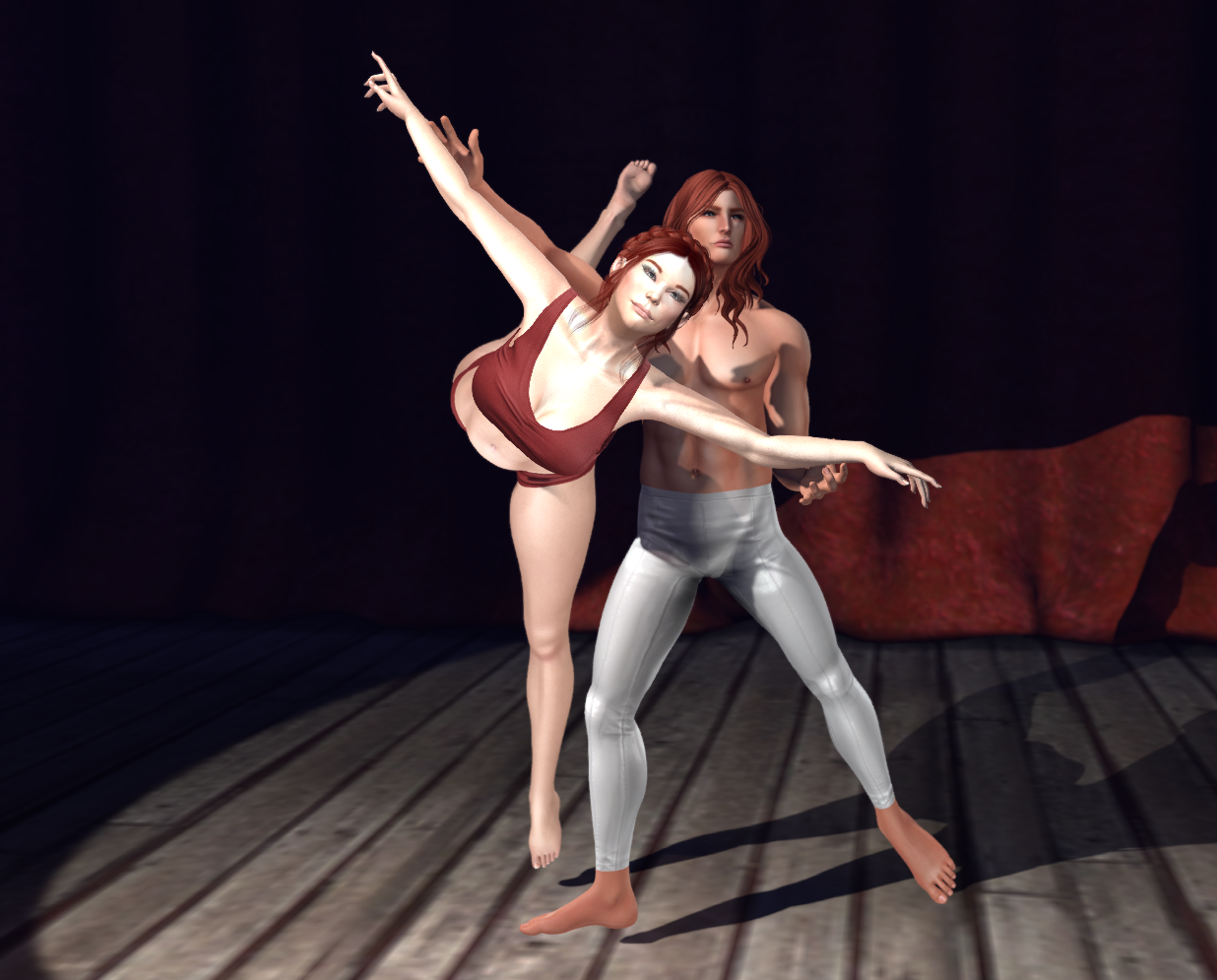 Time to redecorate your SL bedroom? Dutchie has you covered with their release for FaMSHed for November, an elegant bedroom suite that can be matched to the sleigh bed released for the October round. The suite consists of dresser, lingerie chest, mirrored nightstands and a large wardrobe with mirror doors and animations which comes in a PG and an Adult version. Each piece offers 4 wood options (with the cherry wood matching the sleigh bed) and 2 metal options. The cherry gives an elegant feel, the rustic a heavier feel and the blue and white are very shabby chic with aged and flaking paint. To showcase a full bedroom setup I opted for the cherry wood, but I really like the other options too.

The wardrobe is my favourite piece, especially the Adult version. But both have the 10 solo animations setup with a special mirror view where the camera angle makes it so that it looks like you are looking at yourself in the mirror.  The couple poses do not have this setup, but you can cam around and approximate it,  it just gets more difficult to get it to look convincing with two avatars. Of course I had to try it for some of the adult poses. ;) There are 20 foreplay and 30 sex animations and there are some distinctly NSFW images in the latter half of this post that give just a hint of what’s available. All animations, PG and Adult, have bento hand poses and animations and where it is applicable they use auto attaching of props. 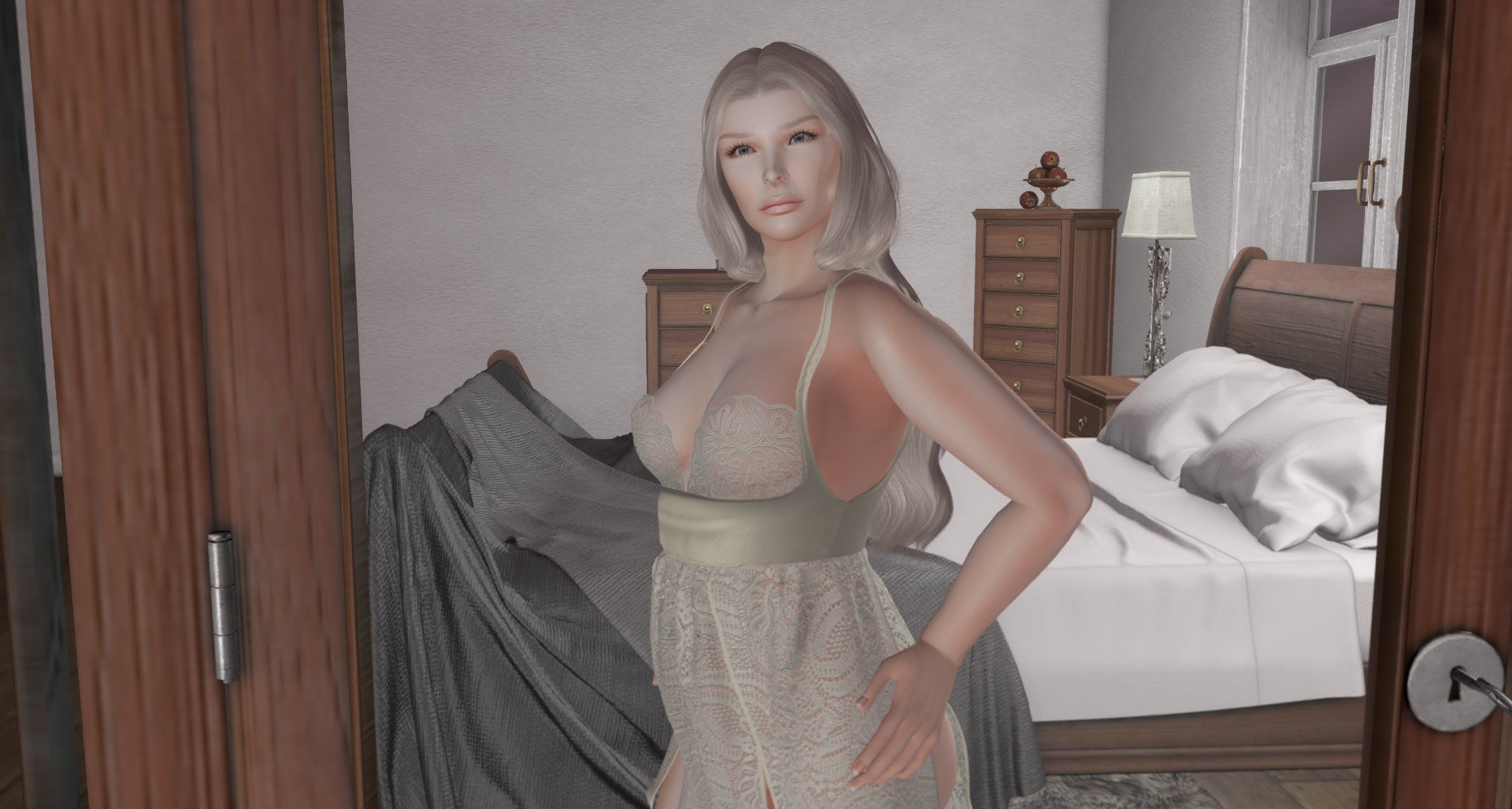 When I spotted the Violette shirt from Rosier, I knew I had to send Ran shopping. One quick jaunt over to the Warehouse Sale later and a bit of inventory hunting and he was ready, having paired the shirt with the very handy BOM leather leggings from Toksik and a pair of boots from Hotdog.

I then setup the Renaissance Canopy Bed from Fantavatar & Moonstruck in the Cosimo Townhouse from Del-ka Aedilis and told him to hop on. The animations are all intended for couples, but quite a few of them work just fine with a single avatar as well.

The sumptuous bed comes with a HUD that offers texture options for the wood and all the various fabrics. 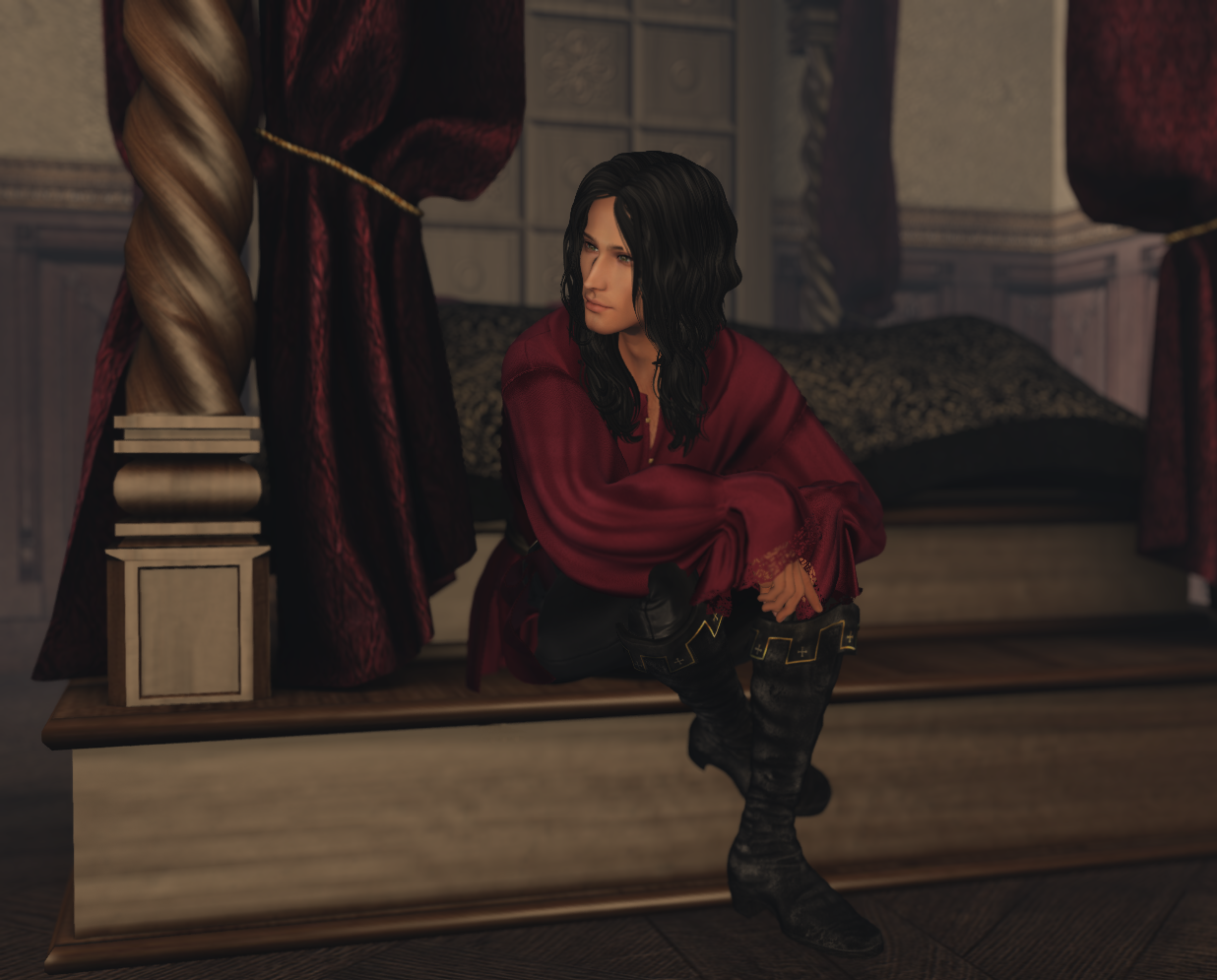 I have a love/hate relationship with gachas. It can definitely be a exciting to play, but it can also be really frustrating. Over time, the excitement factor has lessened, but sometimes a set crops up that brings it back. For example, Lux Aeterna’s “Feast for a King” at the Arcade. Lux Aeterna makes beautiful things that are very much in my wheelhouse when it comes to style and sources of inspiration and the two rares in this set created an immediate “must have” feeling. Fortunately for my virtual bank account, the beautiful skybox landed in my inventory almost right away. 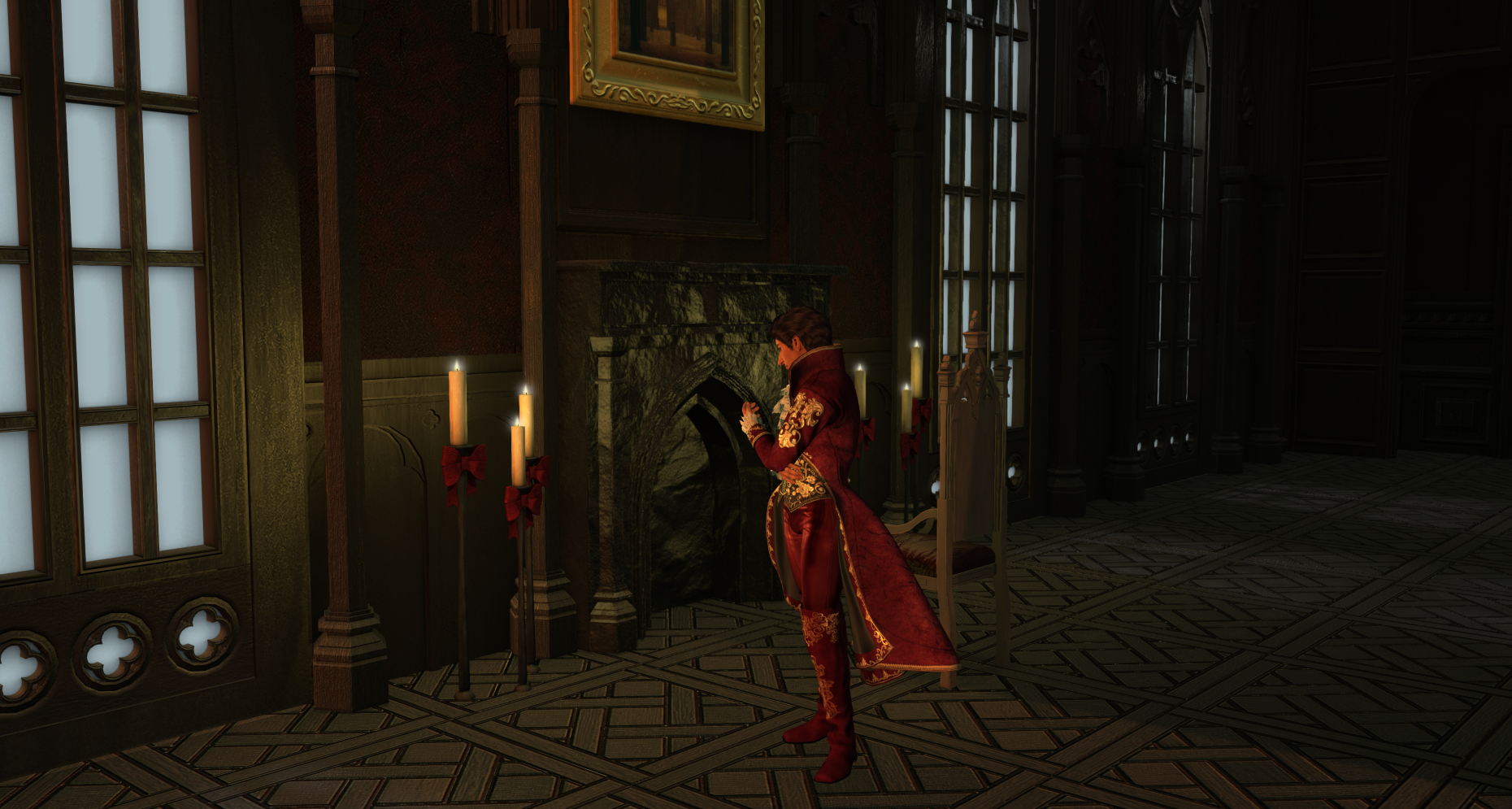 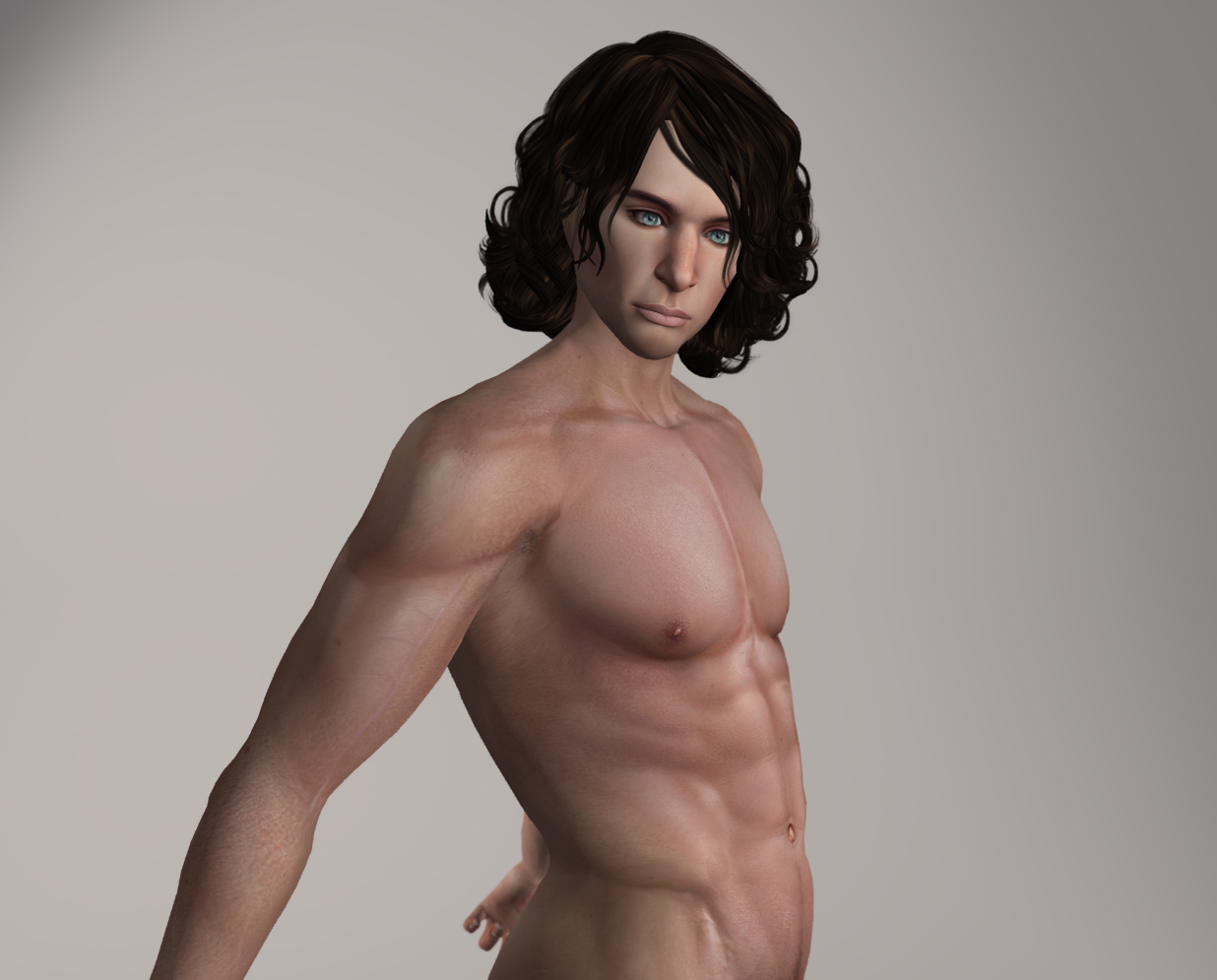 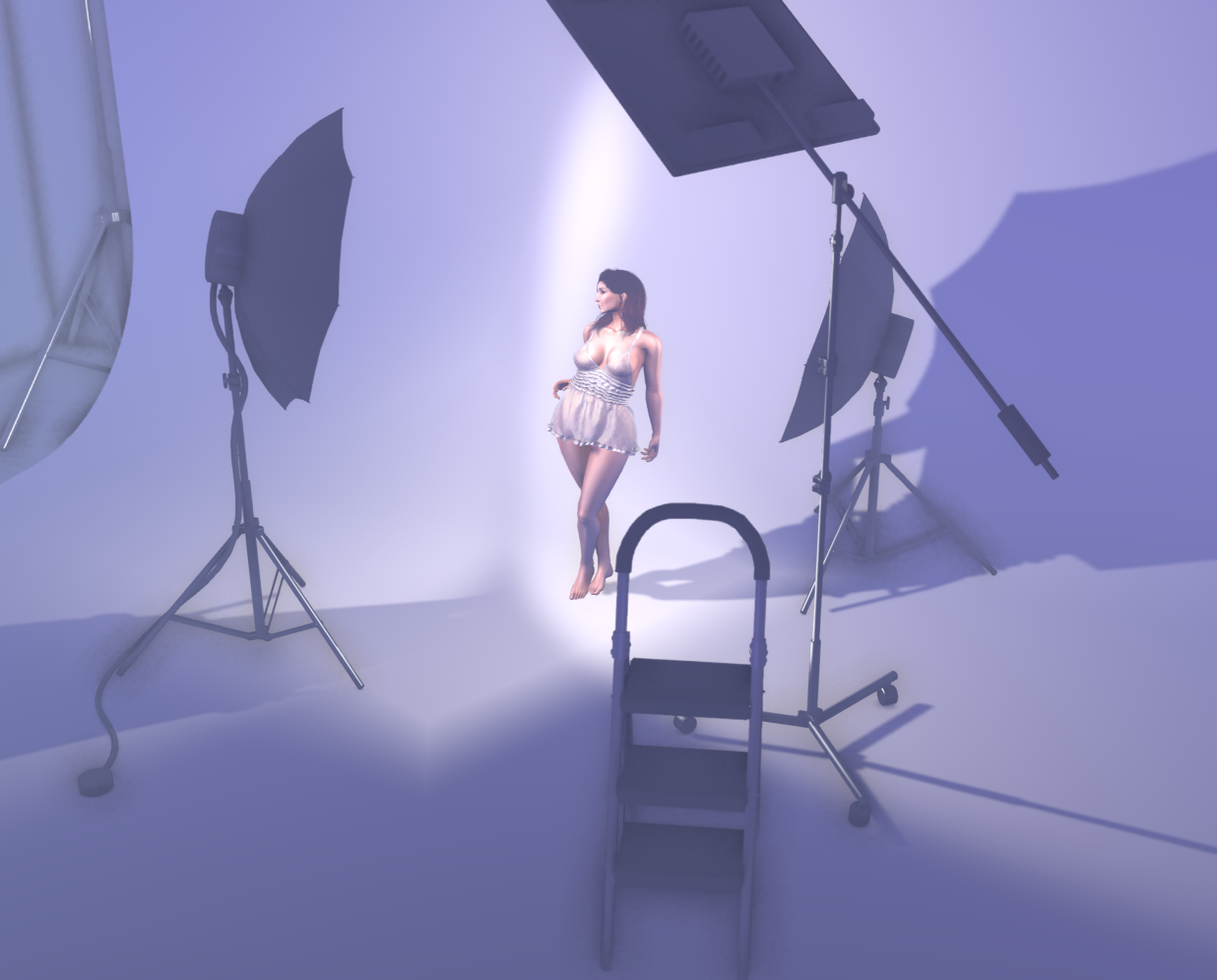