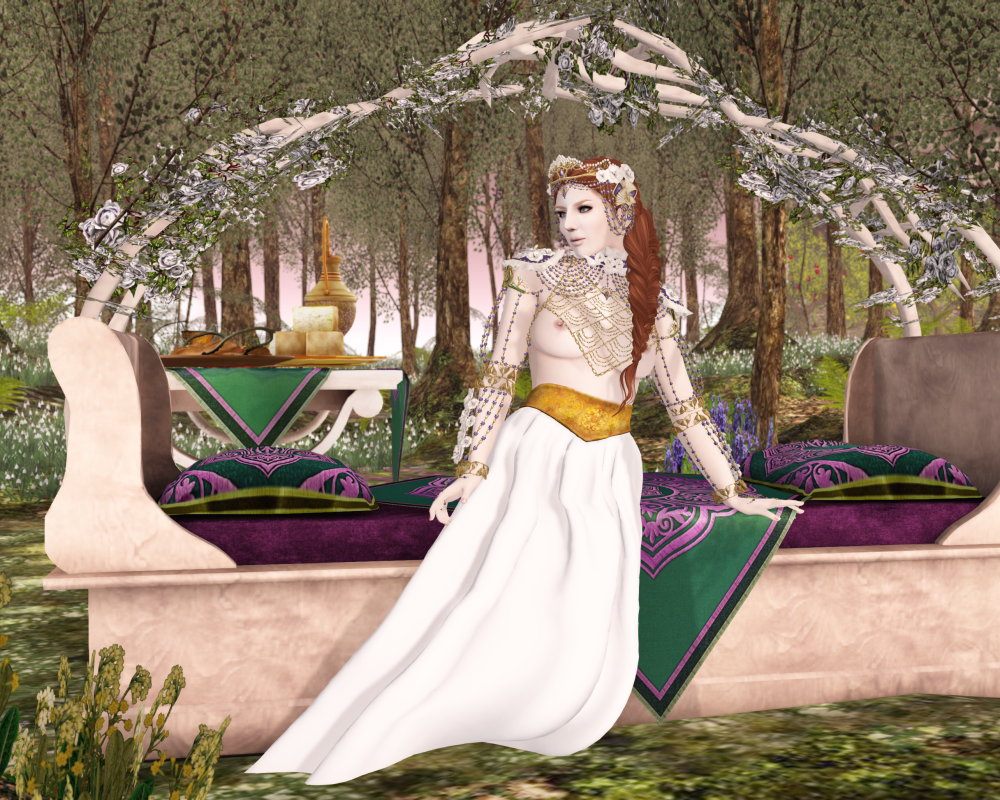 The Mon Bel Amour gacha set by Aisling is an elaborate arrangement of metal netting, strings of pearls and flowers, giving it a very organic feel. The art nouveau inspiration is clear in the shapes. There’s nine commons, three of each metal (gold, silver and black), two rares and one ultrarare. The rares and ultrares have a HUD for controlling the metal as well as all other textures, whereas the commons have a HUD just for the other textures. Collecting it all will as always take a bit of effort, but I do like that several pieces of the set would work fine on their own, such as the common prize which includes hairpin, hand jewellery and ring. That’s essentially a little mini-set in itself. 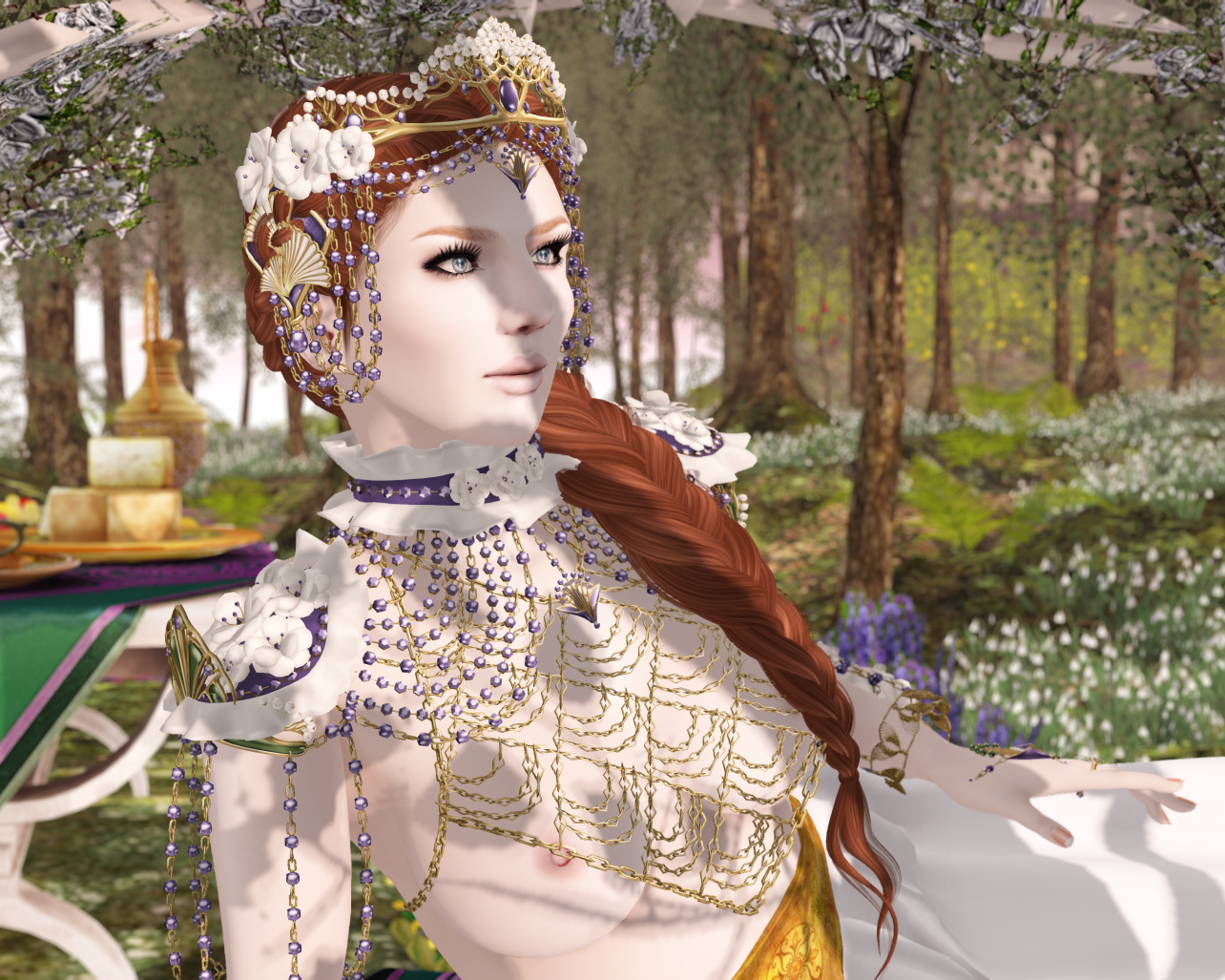 A closer look at the intricate details of the set, as well as at the new Reflex eyes from PXL, a new mainstore release. This is the “Ice” colour which gives a lovely cold and intense look. I really like that PXL has moved into mesh eyes and the approach of having a single pair of mesh eyes and then each colour on a HUD is nice since it allows you to adjust just one pair of eyes. Speaking of the adjustments, I would not have minded if the HUD allowed you to move the eyes in and out as well as resizing them, but that can be done manually as well. In addition to overall size, the HUD allows you to control the iris size as well as darken the shadows and add glow. I couldn’t quite tell if the eyes are materials enabled; if not, I’d love to see that in future releases.

The skin is Tuli’s Maya in the palest tone and with red eyebrows while the hair is Truth’s Ishya. The skirt comes from the Whistles set by Fallen Gods and Faida.