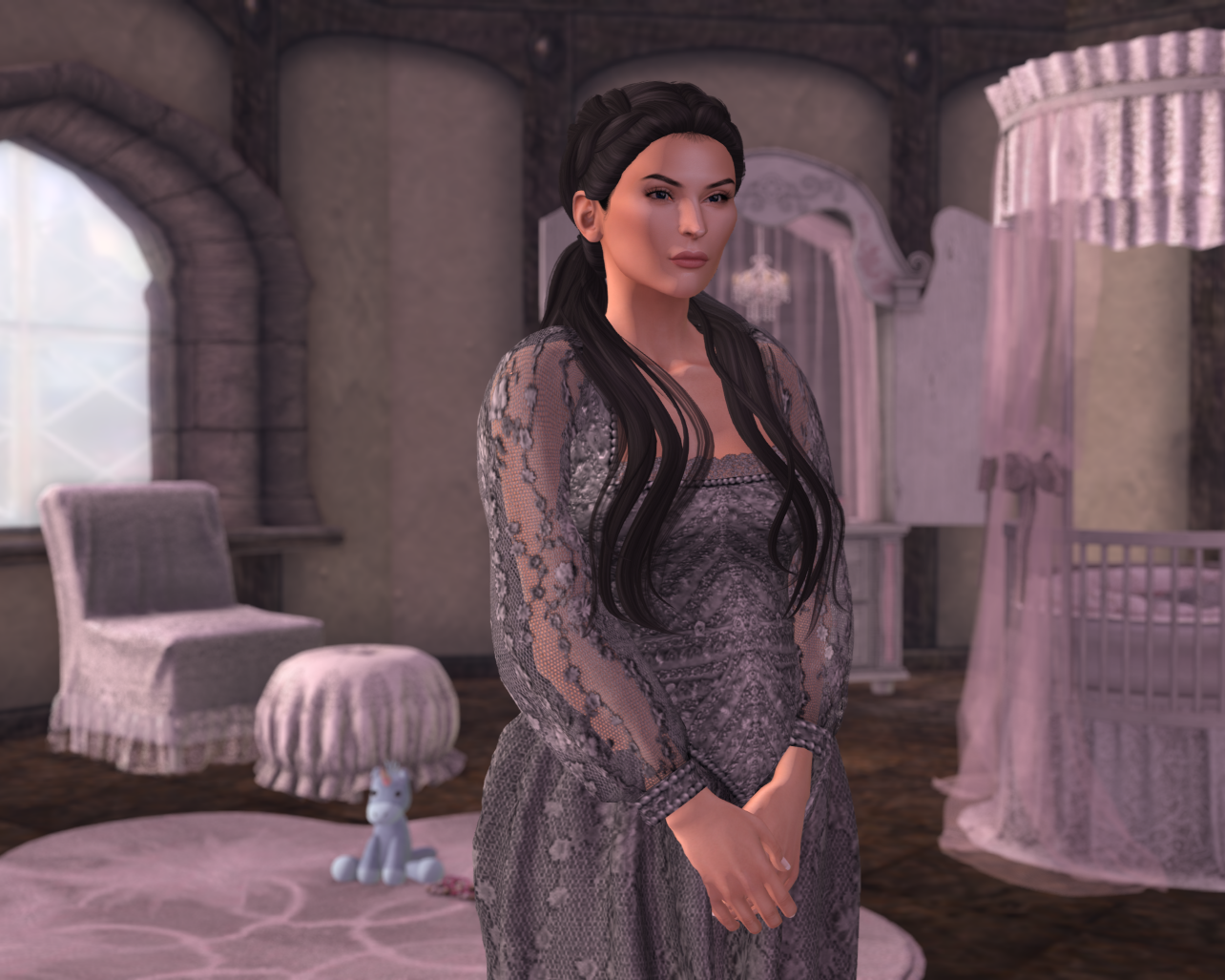 As part of the video, I also decided to show off the texture HUD for the fatpack of the Adaline gown from Senzafine, which is out at the Trunk Show, and the stylist HUD for the latest VIP group gift from Truth, Makena.