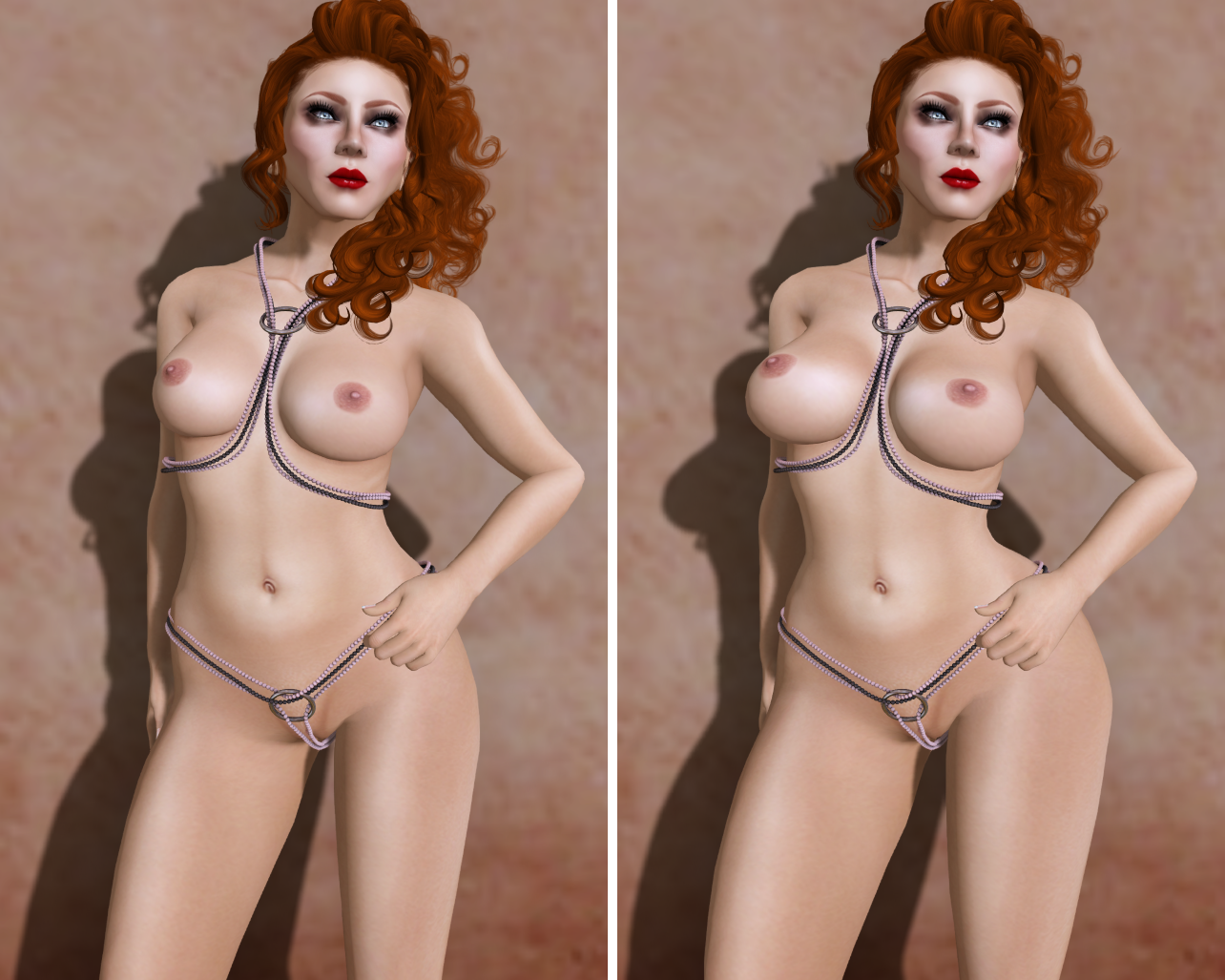 Here we have picture 1A and 1B.

1A shows Physique worn on one of my regular shapes, a shape which I would consider to be curvy. My only quibble with it would be a bit much of a thigh gap for someone of that body type, but I could probably manage to reduce that if I tweaked hips and saddle bags. However, overall I like how it balances out.

1B shows Physique Hourglass on the same shape. While I am not providing a side-view here, it does show that Physique Hourglass has considerably larger breasts, a narrower waist and broader hips. The bottom is also considerably larger. I am not terribly familiar with other mesh bodies as the only other body I own is the regular Physique, but my impression is that this is quite a bit more full-figured than for example Maitreya. I did do a quick comparison with demos of the Belleza bodies, but I found that they seem to be very differently shaped when tested on the same base shape.

2A shows Physique Hourglass worn on a shape that I created today. This represents how I would like to wear a body like Physique Hourglass. Its still a full-figured shape, but to me it feels more realistically stocky. In particular, I really like how the ribcage behaved when I pushed the love handles slider up high to make the waist less tiny. The breasts are my least favourite part, they are too perky and too “upswept” for my tastes.

2B shows Physique worn on the same shape as 2A, which illustrates the differences between the two shapes in the opposite way of pictures 1A and 1B. I actually think this is a pretty realistic shape too, though obviously on the other end of the spectrum as far as curves go.

I find it hard to say whether Physique Hourglass will be what people are looking for because I am not quite its target audience. I tend to strive for idealised realism in my shapes and my idea of curvy doesn’t quite align with much of Second Life’s concept of the same. The body is certainly every bit as well-modelled and well-rigged as the regular Physique shape, and save for the breasts I do like what I could do with it in picture 2A in terms of creating a solid, stocky shape that still has a sense of firmness because I haven’t gone too high with the body fat slider. For those who are curious, the differences between the two base shapes is primarily in the love handles and the hip width, and there’s also adjustments to breast and bottom size, as well as to the saddle bags.

The skin worn is PXL’s Aurora in SunKissed and the hair is Analog Dog’s Olivia. The “outfit” is ieQED’s Chanel Pearl Harness and Panties and the pose is from oOo Studios.