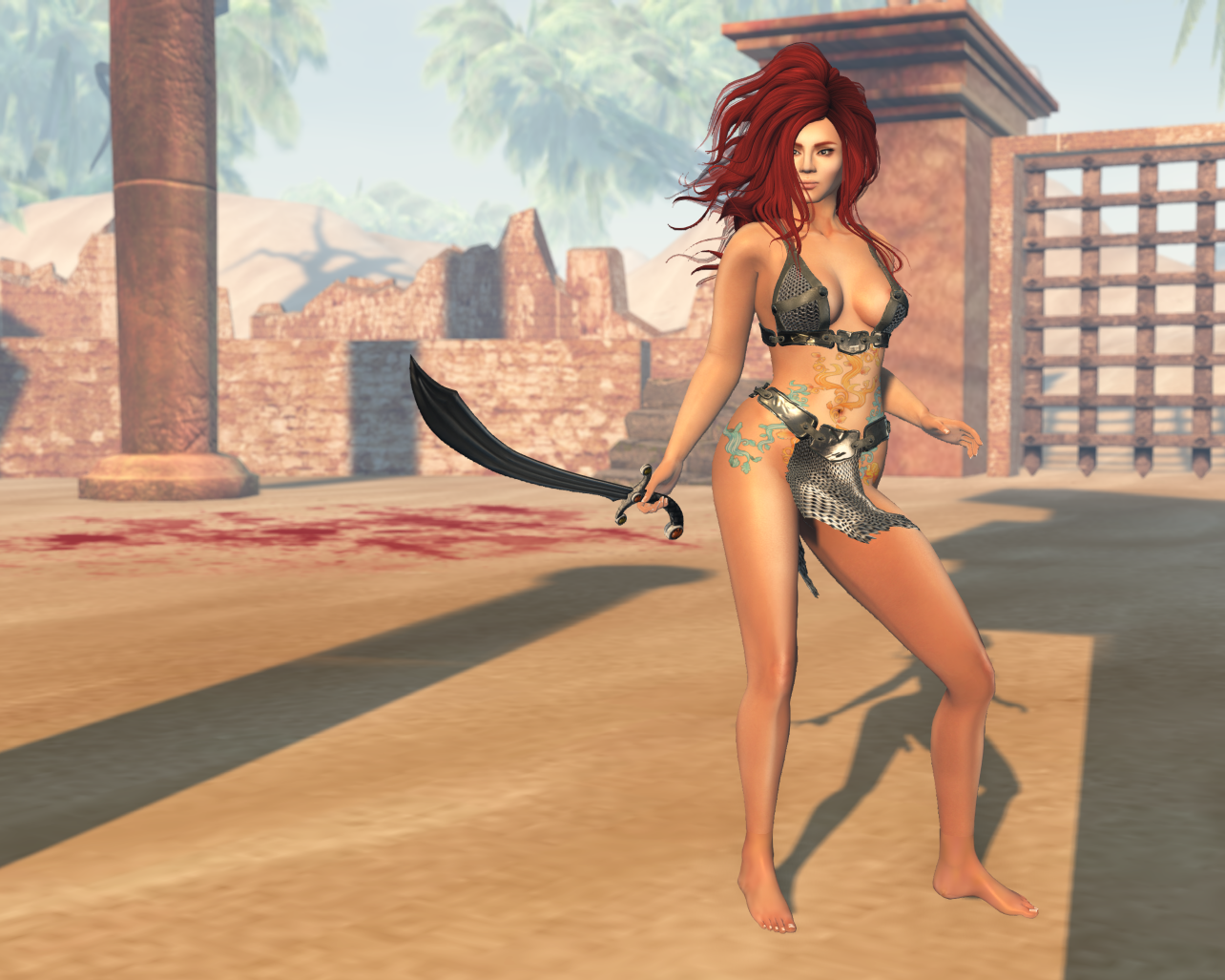 The Conqueror bra & skirt from lassitude & ennui is not likely to protect you a lot, but relies instead on the good old approach of distracting the enemy. The set comes in black, gold and steel and it is fitted mesh for Maitreya only. I am wearing it on Slink Physique here, but I did have to do some editing since the top doesn’t quite fit. I do understand why creators focus on Maitreya since it has the largest market share, but I just can’t bring myself to getting a body that is so similar to a body I already have—except for where it does things I don’t like. Hence, this disclaimer. 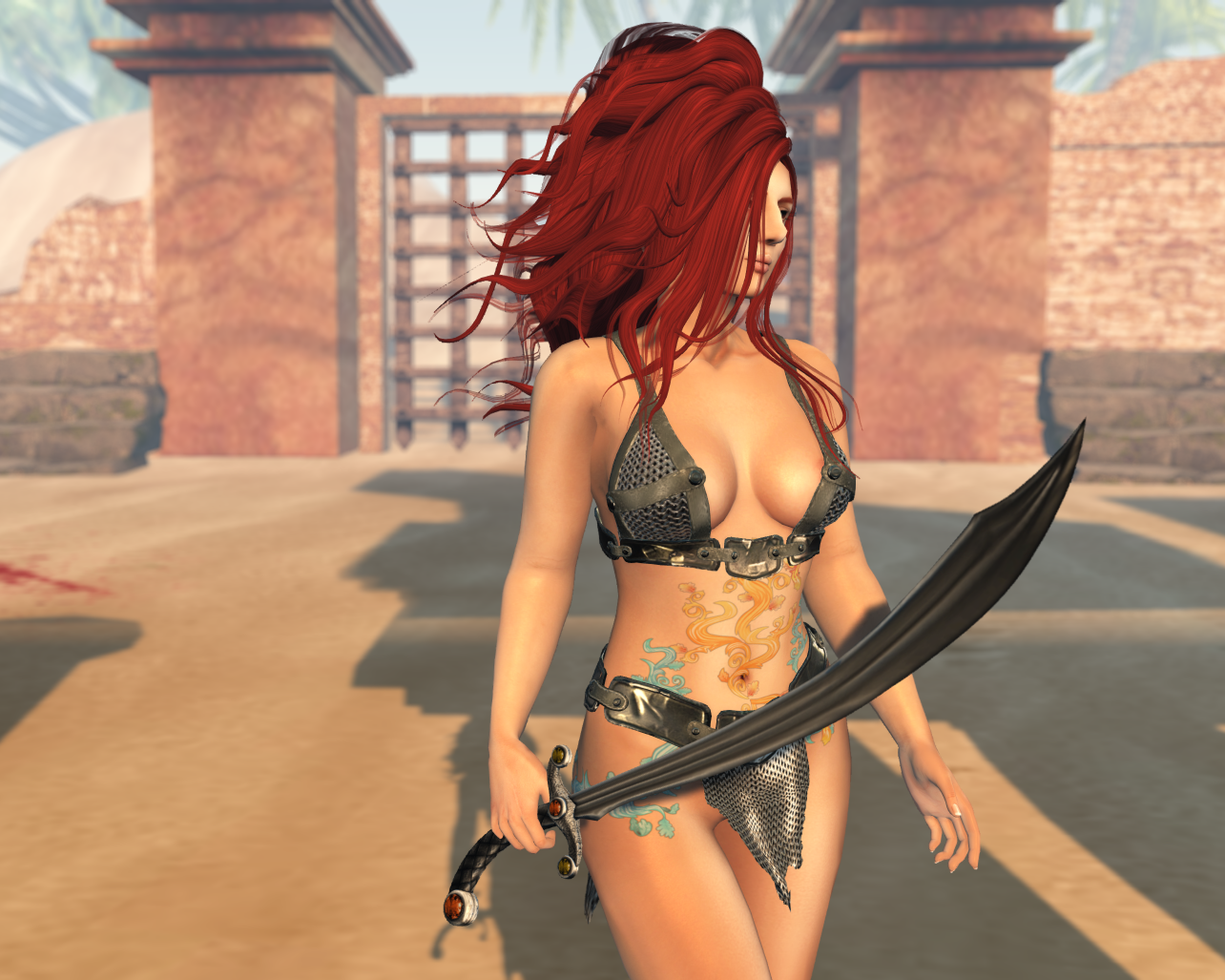 The tattoos are also from We Love Role-Play, one of two new sets that Silentsparrow has out. This one is called Embers and comes with Omega and Slink appliers and in the usual three grades of opacity (I am wearing Faded here).

That wild, wild hair is one of Exile’s two styles available at the current round of the Arcade and the sword is from Figment, which sadly has closed now. The poses are from Black Tulip’s The Warrior set.