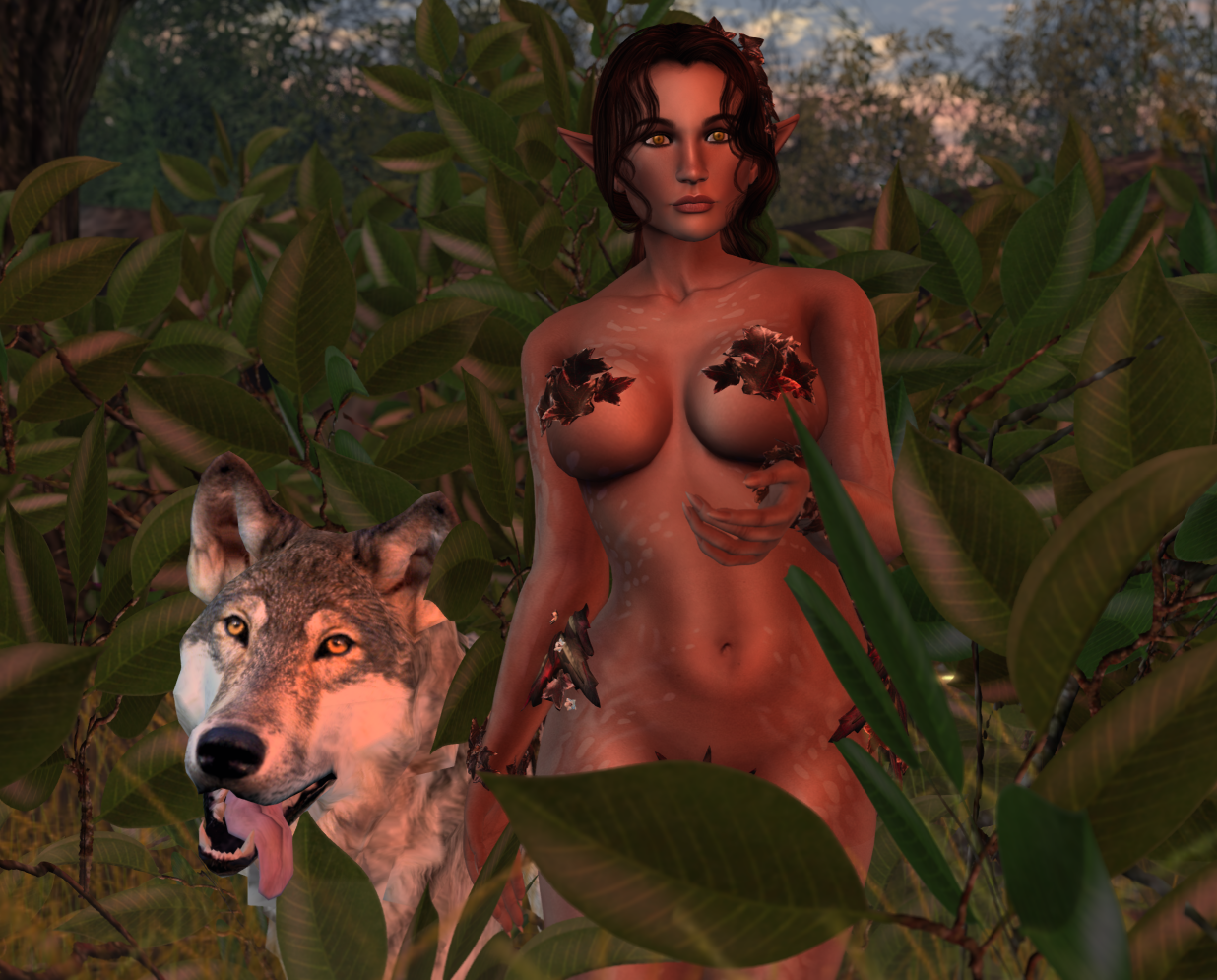 The skin is one of two fantasy skins from the Plastik/Petrichor at the Faire, available for both female and male avatars. It is primarily Bakes on Mesh but adds materials via Omega appliers.

The hair is the second style from Analog Dog at the Faire, a half knot, half pony tail style with loose wisps around the face.

Finally, the ferocious wolf is an animesh wolf from CKit Falconry which comes in two different sizes and includes several props such as a crate and a food bowl. It is also scripted with a range of commands and includes a lot of premade poses and animations.