I had collected a few pieces from 22769 ~[bauwerk]‘s Mystery Gacha, but I didn’t have a good idea for how to use them. But then I was reminded of my Landscapes Unlimited skyboxes and decided to setup a desert scene to showcase an upcoming release from aisling as well as a new skin from PXL and a Hair Fair release by Calico. 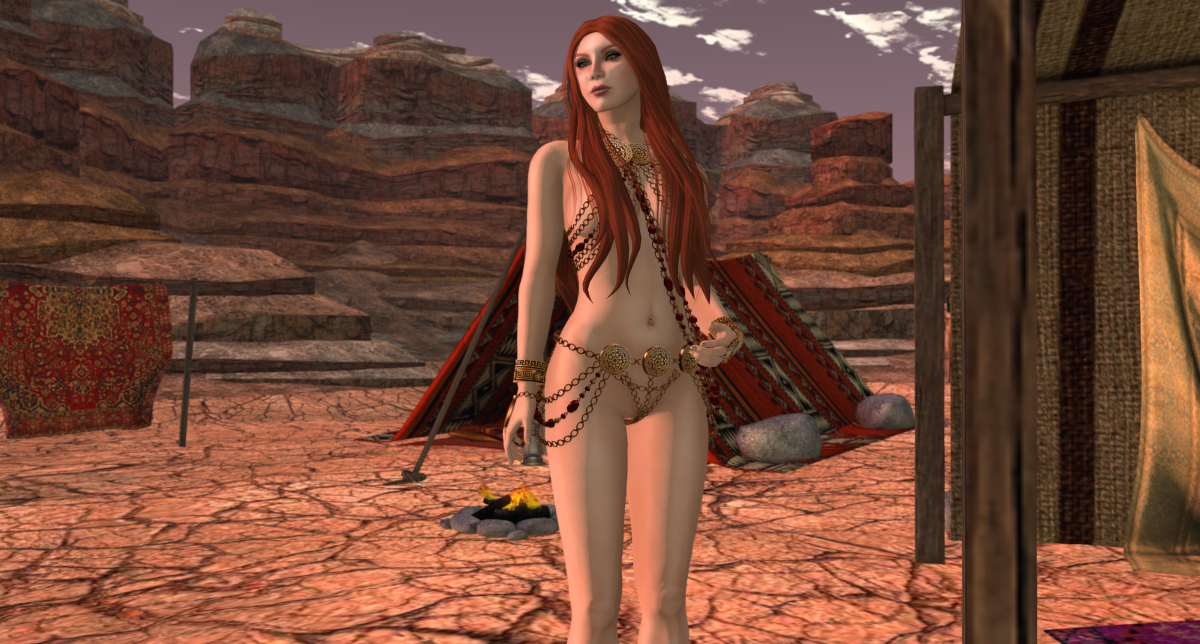 The set from aisling is called Aphrodite and it will be out at The Secret Affair. It is a gacha set with two rares (one is the drape across the chest, the other a headpiece that is not worn here) and three sets of commons in three metals; gold, silver, copper. A HUD controls the metals on the rares and the stones on both the rares and the commons. I really like the metal textures on this set, especially the copper, and the stones/beads are set off very nicely by it. I also think it has a lot of pieces that could be worn on their own, such as the bracelets, the bra with a skirt, etc. 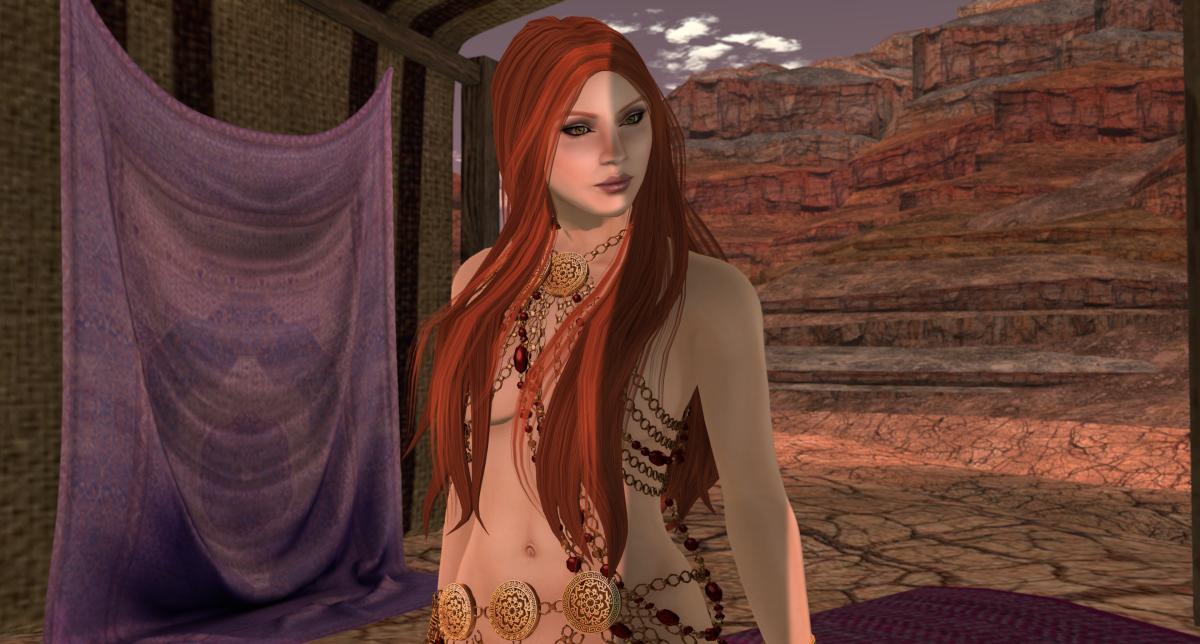 The skin is PXL’s Shara for the Wayward Carnival (which opens today),  a release that consists of three makeups each for the Natural and Pale tones.In addition to the makeups on the skin, you also get various tattoo layers, such as freckles, moles and lipgloss. There are four eyebrow options plus a no brow alternative.

The hair is one of Calico’s offerings for the Hair Fair, a beautiful mostly straight hair called Cadence. This is one of the sleekest and best styles I have seen from Calico and I am especially thrilled that there is also a male version, Caden. If Hair Fair is still laggy, I suggest cam-shopping from one of the two sims added next to the four main ones; it worked perfectly for me even on day one.

In the background of the first photo, you see a few pieces from the Nomad Gacha by 22769 ~[bauwerk], setup in the Grand Canyon skybox by Landscapes Unlimited. In the second photo, which is inside on of the large tents that made up the mystery rares, you also see a lovely tapestry from paper moon in a pattern called Eastern Oceans. The tapestries are available at the current round of the Fantasy Collective in a total of three patterns and several colours of each.